Vietnam Veteran Pilots Reunited With Helicopter They Flew in Combat 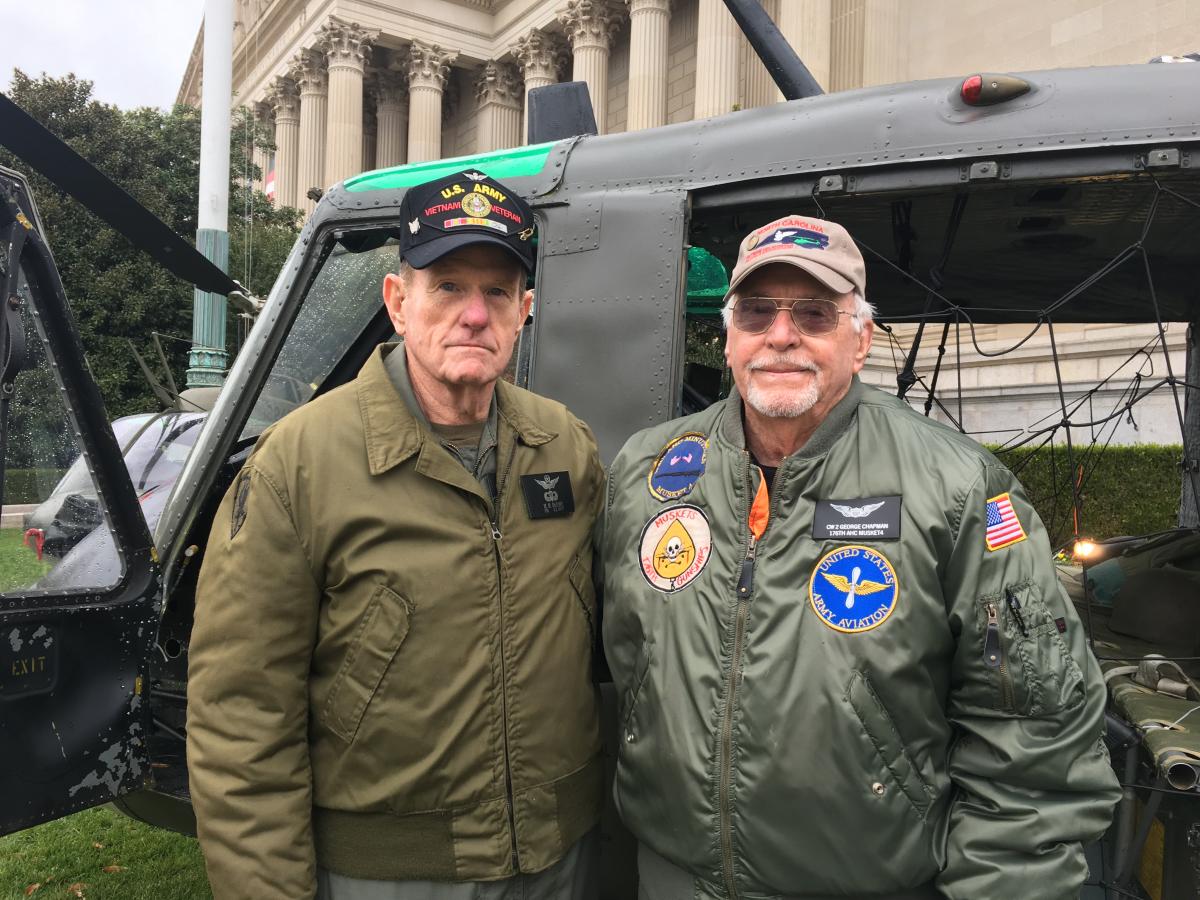 WASHINGTON, November 14, 2018 — When retired U.S. Army helicopter pilots George Chapman and Matthew McGuire heard about a Vietnam-era helicopter display this week on the National Archives lawn, they knew they had to visit Washington, DC, to see it. What made it especially inviting was the fact that one of the helicopters, the Bell UH-1M Iroquois, was the actual chopper they had flown into combat decades ago.

Chapman and McGuire flew several missions together with the U.S. Army’s 176th Assault Helicopter Company during the Vietnam War in 1967. That service cemented a life-long friendship bound by patriotism and service.

“He was often my wingman,” McGuire said of Chapman, as they shared detailed stories of missions, rescues, and service in a war that often divided the nation back home.

“These gunships were sent out to escort,” McGuire added. “Our job was to draw gunfire so we could get our troops into place or serve rescue missions.”

McGuire told of a time when he was hit by gunfire. “I never thought I’d see my 26th birthday,” he said. He shared how a “chicken plate” he was wearing at the time saved his life, protecting his heart from a near miss, and of his walking away with bruises from military identification tags that were near the point of impact.

Chapman said he was moved by being able to see the actual chopper he flew and share that with his family.

“To see a bird that you actually flew, this late, is really exciting,” Chapman said, as his son looked on. “These things are very emotional to a helicopter pilot.” As Chapman related stories of comrades who never made it home, he added, “I was scared sometimes, but I always knew I’d make it.”

“A classmate that I went through flight school with, Jerry P. Clark of Iowa, he is on that Wall over there,” Chapman said somberly. “He never made it home. December 15, 1965. He was MIA. I had to visit to see his name and just see it one more time.”

Chapman shared memories of the close camaraderie and bonds he shared with his fellow soldiers during the war and in the years afterward. He said that he still wears Jerry Clark’s bracelet as a remembrance of their friendship and memories of training together.

“He never made it home,” he said. “It holds a special meaning to see a guy that you flew with up on that Wall.”

As the Vietnam veterans shared stories of their days of military service and offered history lessons to many visitors of the outdoor helicopter exhibit—braving the drizzle and chill in the air—many visitors thanked and honored them for their service.

When asked what they would like the younger generation to learn from them, McGuire paused briefly and thoughtfully replied, “Life is going to throw you curveballs. How you adapt to it defines you. Time is our mortal enemy. When we were rushing out there to fire up the enemy, to try to save soldiers that were going to die if we didn’t get them evacuated, it grinds you—you know—that you might not get there in time. But I’ve learned that you’ve got to look at the positives. There are a lot fewer names on that [Vietnam Veterans Memorial] Wall because of these aircraft and the combined military teams that did as much as we could to save as many lives as we could.”

The three helicopters, provided by the North Carolina Vietnam Helicopter Pilots Association (VHPA)—in conjunction with the National Archives Foundation, The Lawrence F. O'Brien Family, and Bell Helicopter—will be on display through Friday, November 16, from 10 a.m. to 5:30 p.m. daily on the lawn of the National Archives in Washington, DC. Members of the VHPA will be on hand to share their stories of service in the Southeast Asia conflict and beyond.

Admission is free for the “Remembering Vietnam” exhibit in the National Archives Museum and for the helicopter special event. 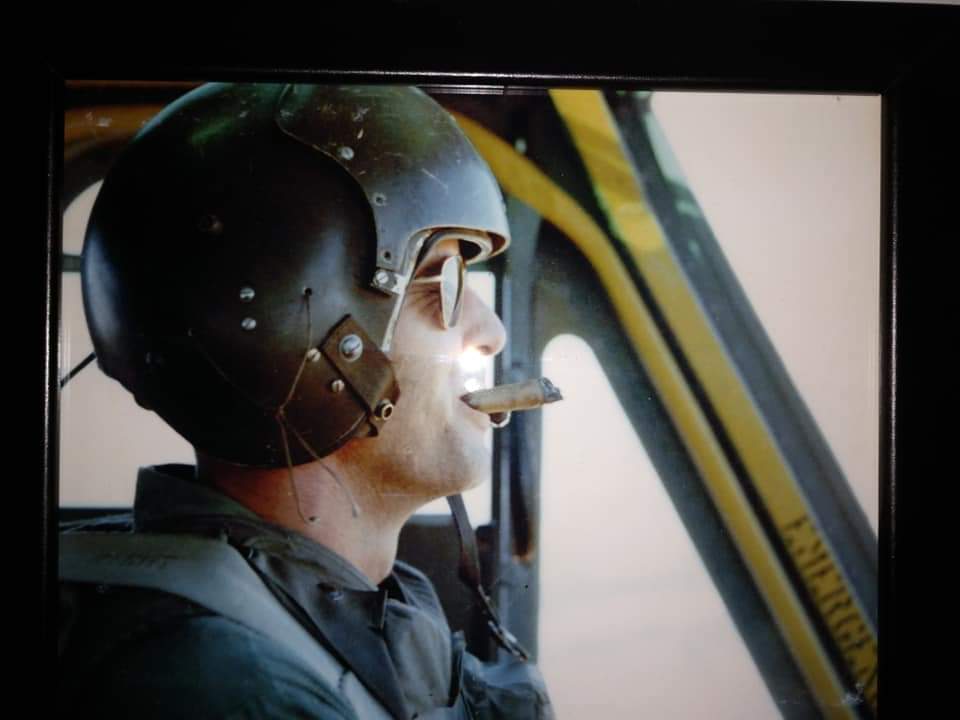 Matthew McGuire displays the “chicken plate” that saved his heart from taking a bullet during an exchange of gunfire during the Vietnam War. (Photo courtesy of Matt McGuire)

George Chapman flew the Bell UH-1M Iroquois helicopter during his service in Vietnam in 1967. (Photo courtesy of Cliff Chapman)

George Chapman shows his military I.D. tags from his service with the U.S. Army’s 176th Assault Helicopter Company.  Chapman flew helicopters for the Army and recently visited the Bell UH-1M Iroquois helicopter he flew in combat decades ago in Vietnam in 1967. (National Archives photo by Kerri Lawrence)

Colonel Matthew McGuire (U.S. Army retired) during his second tour of duty in Vietnam with the Cobra attack helicopter he flew while commanding the 334th Attack Helicopter Company in 1971. (Photo courtesy of Matt McGuire)