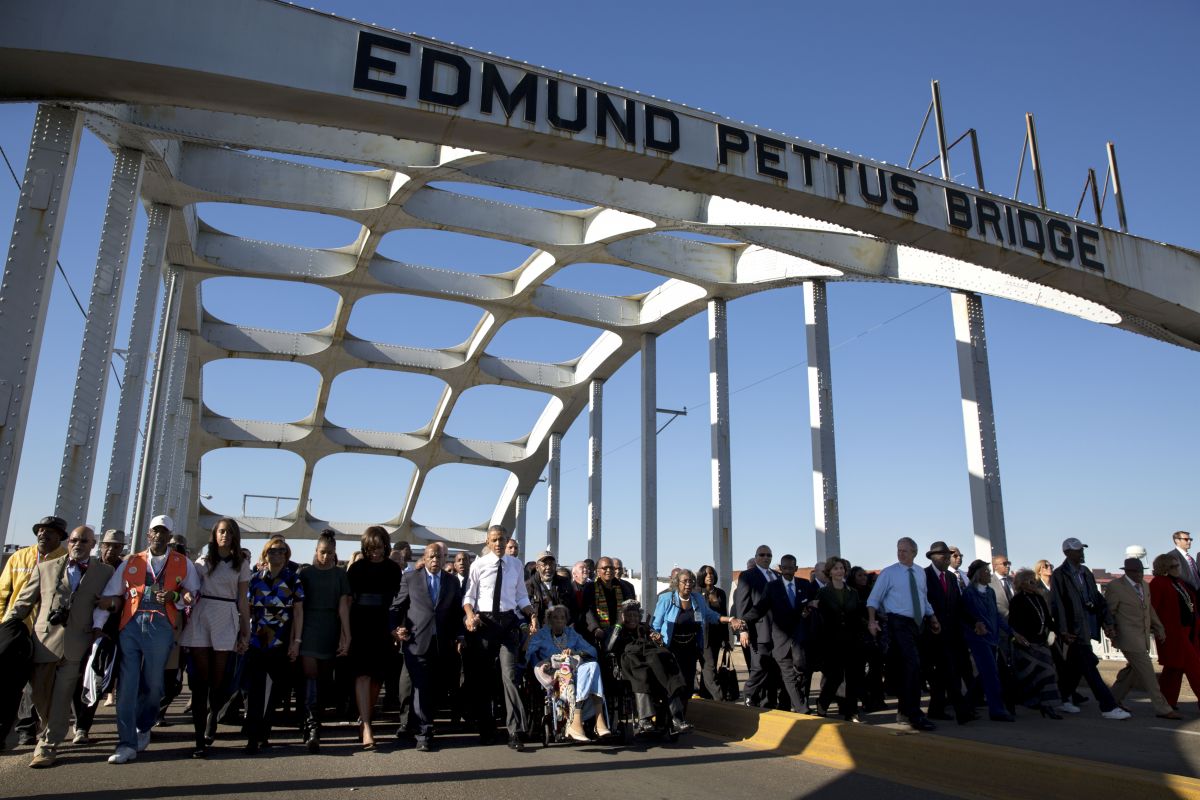 WASHINGTON, July 28, 2020 â€” The legacy of U.S. Congressman John R. Lewis transcends decades of American history. The National Archives maintains records tracing his work from young civil rights activist in the South to veteran lawmaker in Washington. As his funeral services moved to the U.S. Capitol this week, where Lewis lay briefly in state, we remember the long arc of a lifetime dedicated to human rights and public service.

A telework project sparked by the National Archives Say It Loud! African American Employee Affinity Group in recent months added dozens of documents to the searchable records related to Rep. Lewis. Those newly tagged records are available through a research portal created in early July focused on the congressmanâ€™s work. Included are images of Lewis as a young man leading protesters in Selma on 'Bloody Sunday' in 1965 and his return to the Edmund Pettus Bridge alongside two U.S. Presidents in 2015.

Supervisory Archivist Dr. Tina Ligon, who leads the research portal project alongside Archives Specialist Netisha Currie, published a post on Monday honoring the legacies of Lewis and C. T. Vivian, who both died on July 17.

Influenced by the non-violent teachings of James Lawson, Vivian and Lewis practiced this belief through their involvement with the student sit-in movement and the Freedom Rides. They carried this passion for non-violent direct protest for the remainder of their lives by creating organizations that promoted racial equality, participating in the political process, and being an inspiration for others. Both men will be greatly missed.
Read the full post, "In the Long Tradition of Civil Rights: Tribute to C. T. Vivian and John Lewis," on the National Archives Rediscovering Black History blog.