There was perhaps no single figure whose own life and career embodied the promise, success, and continued challenges of civil rights for Black Americans than John Lewis. Born in 1940 in Alabama, Lewis was at the forefront of the Civil Rights movement of the 1950s and 1960s. A co-founder and chairman of the Student Non-Violent Coordinating Committee (SNCC), Lewis led and helped organize many of the seminal moments in the Civil Rights movement, including the Freedom Rides, the 1963 March on Washington, and the Selma to Montgomery Marches. The youngest of the major Civil Rights leaders of the era, Lewis could have been seen addressing the March on Washington before Martin Luther King, Jr.’s “I Have a Dream Speech,” and meeting with President’s Kennedy and Johnson as well as personally facing down threats, arrest, and violence, most famously during the “Bloody Sunday” Selma March in 1965. During the late 1960s through the 1980s, Lewis devoted his time to various community organizing and voter registration efforts in order to secure the legal Civil Rights victories of the 1960s and continue to advocate for civil rights. In 1987, Lewis was elected to represent Georgia's 5th District in the House of Representatives, where he served as both a legislator but also as Congress’s de facto representative of the Civil Rights Movement - the "conscience of the Congress." 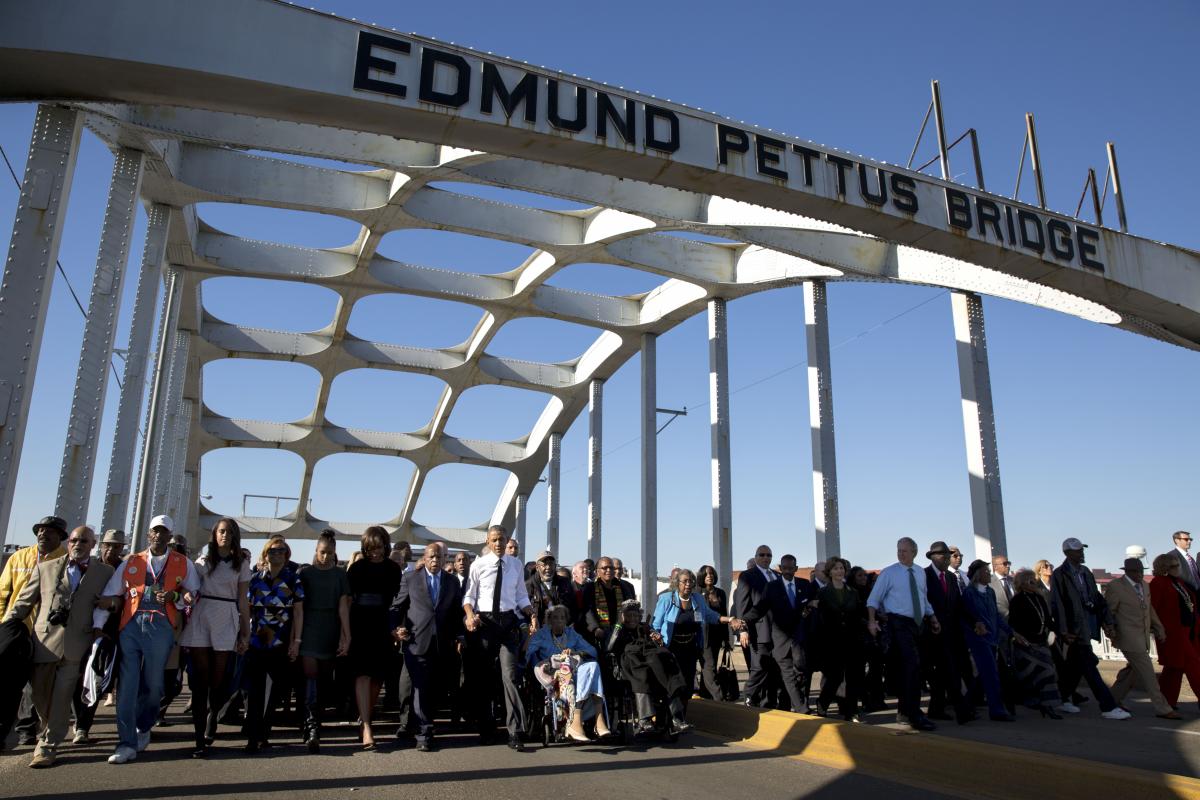 John Lewis appears in Federal government records beginning in the 1960s through the 2000s and range from media coverage, and his work as a politician. Most notably, Lewis appears in photographs of the “Bloody Sunday” Selma March, wherein he was beaten by police officers. In addition, Lewis appears in records during the 1990s and 2000s in various memorials and tributes to the Civil Rights Movement.

Search the Catalog for Records relating to Congressman John Lewis

Selected Photographs from the National Archives 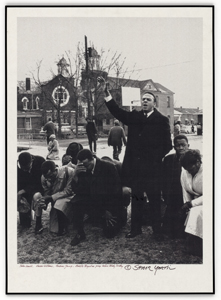 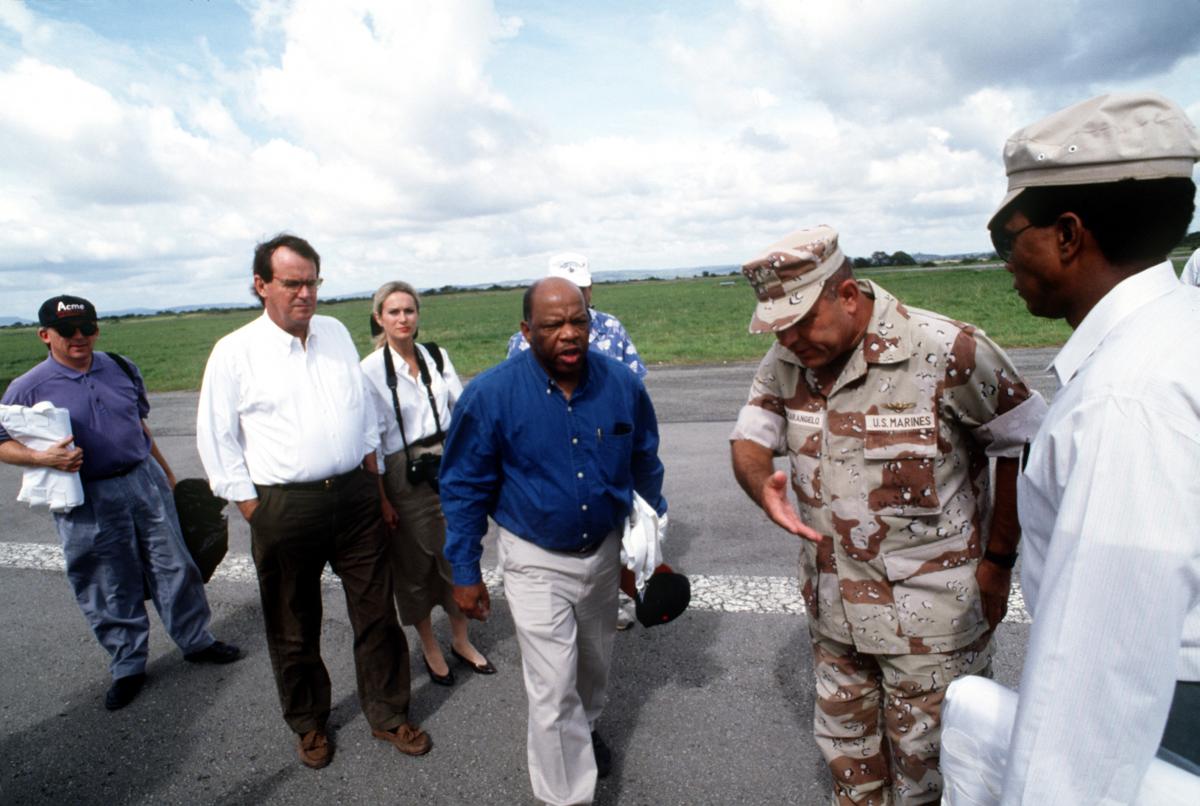 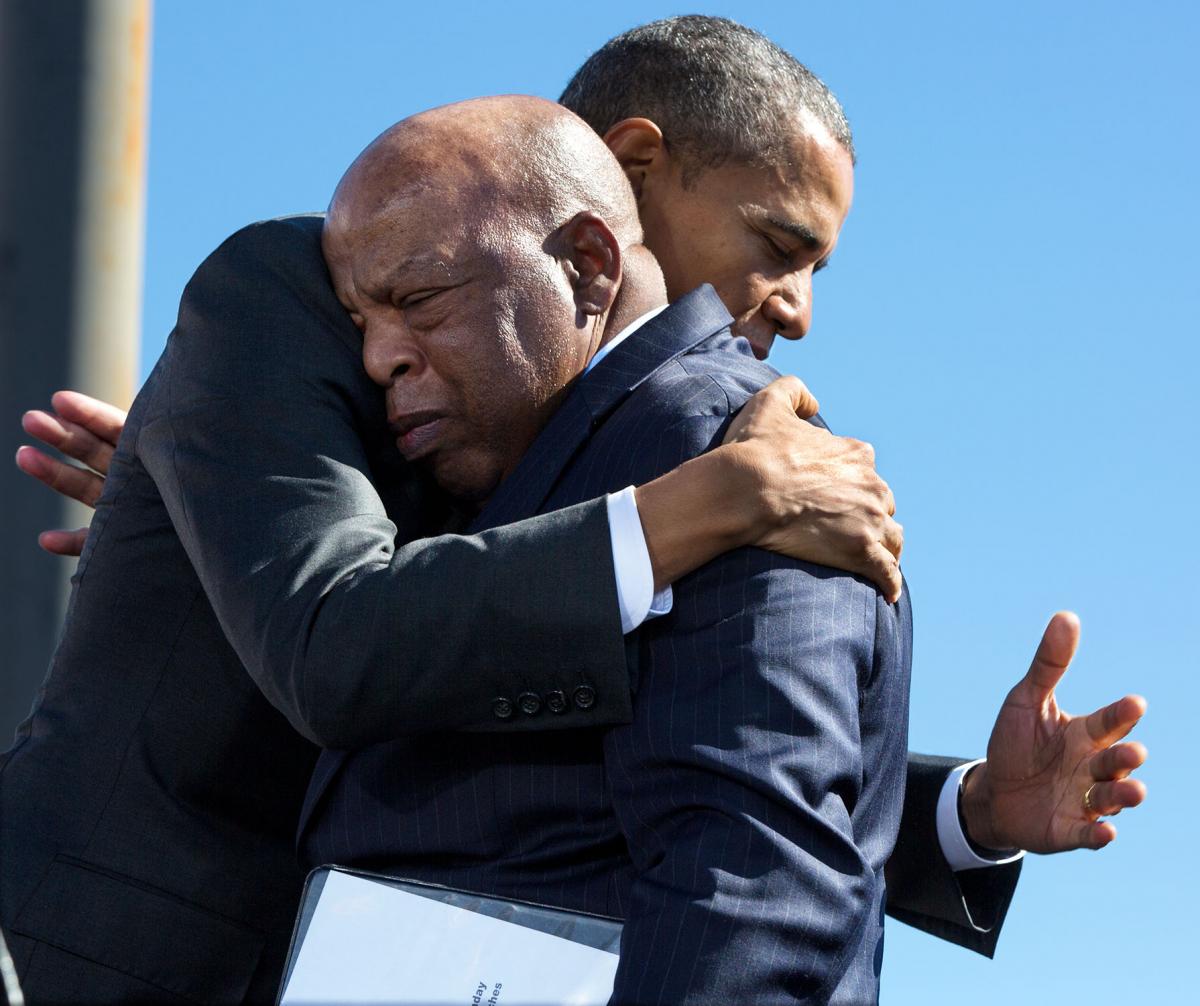 Blogs from Pieces of History on John Lewis

Public Opinion in the JFK Library Archives: Civil Rights Protests and the 1963 March on Washington