Englishman Mike Meddings is part of a renowned international team of researchers that goes to great lengths to maintain the web site Doctor Jazz. 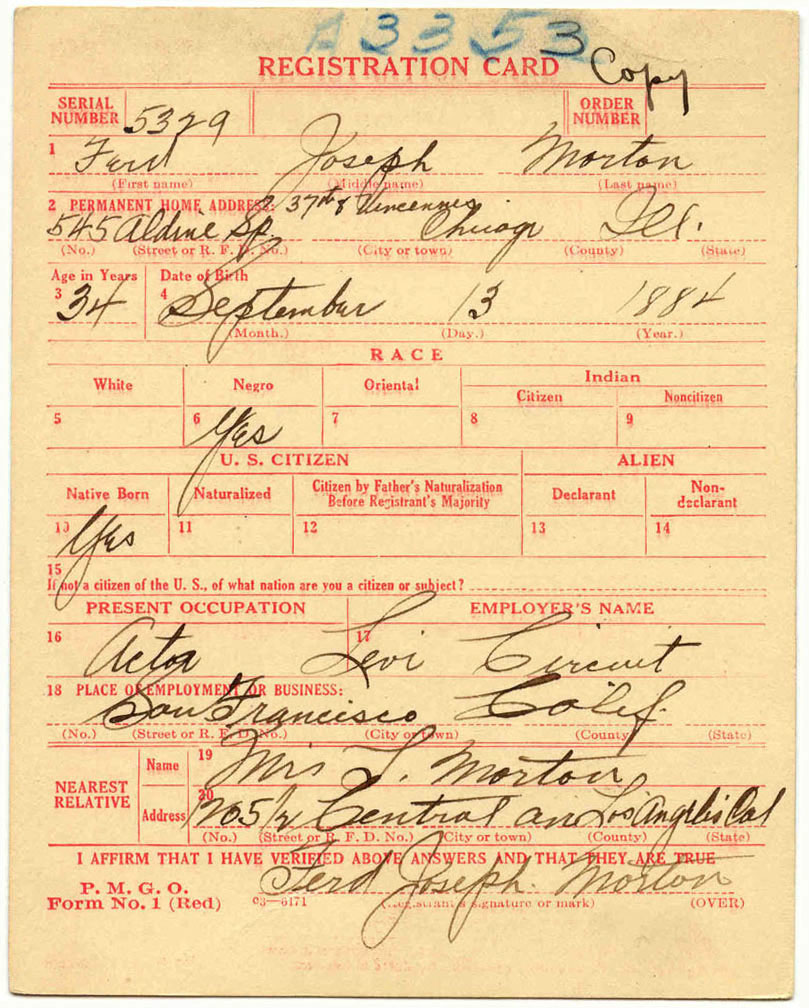 This web site showcases articles on significant figures in the early history of jazz music and has begun to feature the digital images of World War I draft registration cards obtained from the National Archives' Southeast Region in Morrow, GA.

Mr. Meddings, an expert on Jelly Roll Morton, first contacted the Southeast Region staff in the fall of 2005, seeking help in locating Mr. Morton's draft registration card. It had eluded researchers for years. Through the diligence of two dedicated student employees the card was found. It was discovered that Jelly Roll registered at a local draft board in Los Angeles, but his card was filed in a local draft board in Chicago, where he maintained his permanent address.

The grateful Mr. Meddings popped into Morrow’s research room from the U.K. in September 2006 with a list of more than 200 individuals’ draft cards he wanted to view and scan. His list included famous: 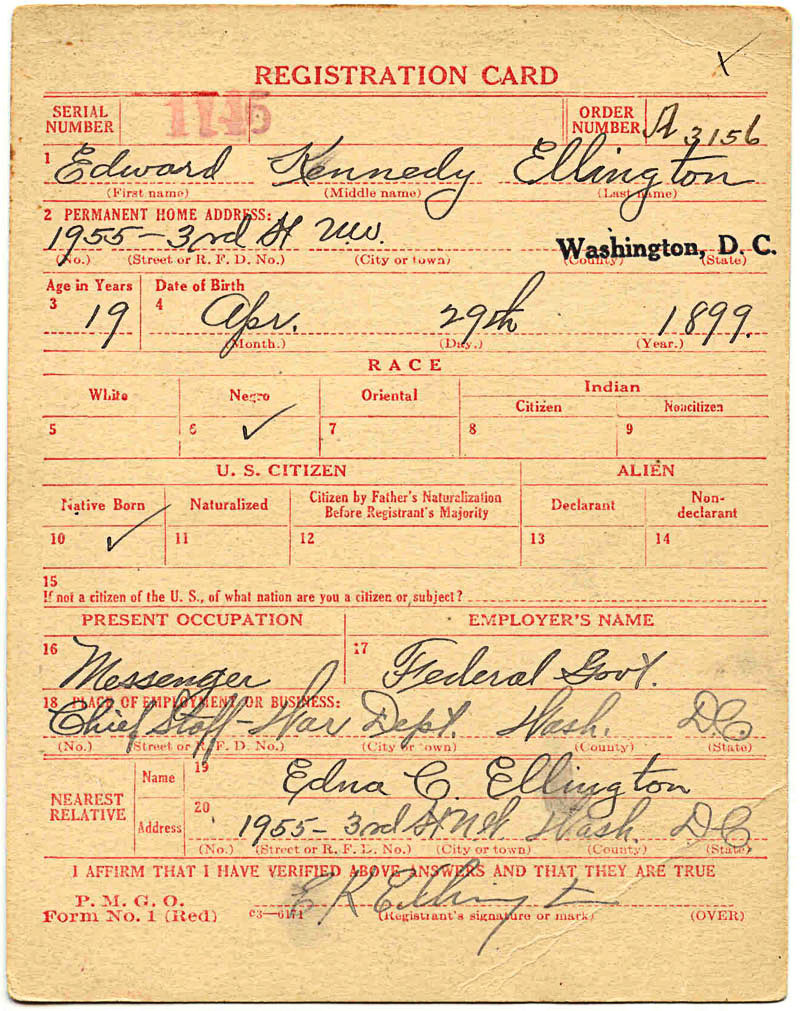 After a successful day pulling and scanning as many of the cards as they could, the Morrow staff was given kudos by Mr. Meddings, with the promise that he intends to make a pilgrimage to the Southeast Regional Archives during each of his annual visits to the United States. He was genuinely inspired by the idea of handling these original documents that were once held in the hands of his musical heroes.

Since he returned to England, Mr. Meddings has been submitting requests for digital images of the cards to be sent to him via e-mail. The ability to request scanned reproductions of the WWI draft registration cards is now available online. 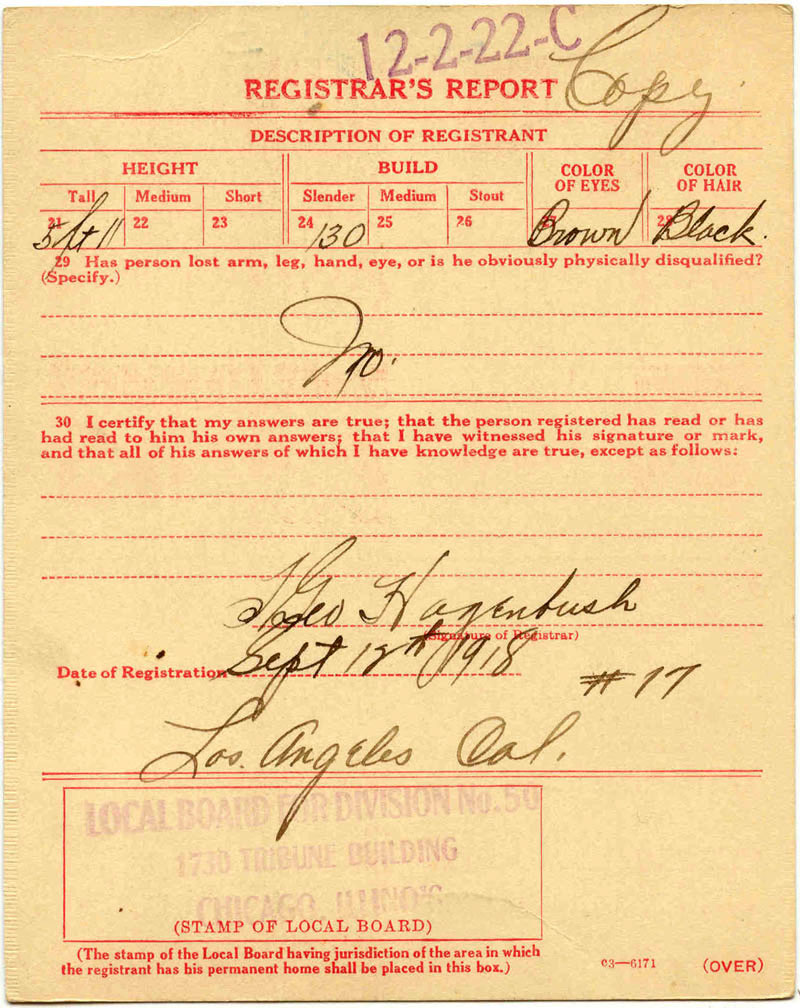 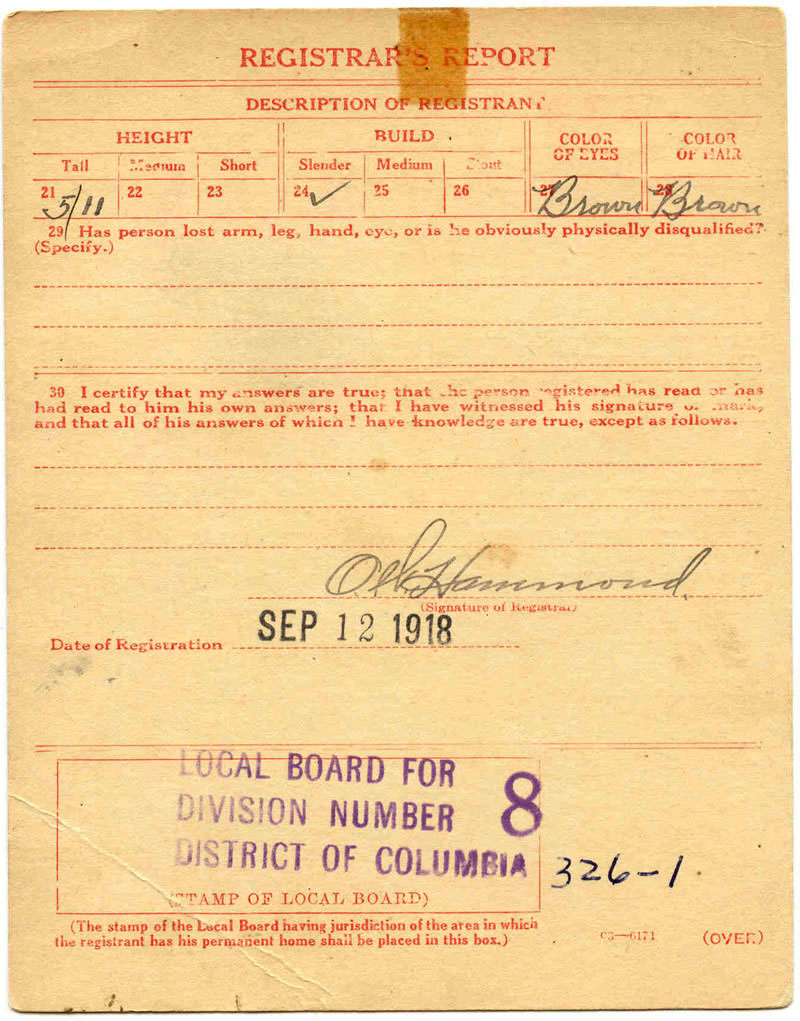