75th Anniversary of the Battle for Iwo Jima

From February 19 to March 26, 1945, the United States Navy and Marine Corps executed Operation Detachment, the code name for the 36-day American invasion and capture of the heavily fortified Japanese island of Iwo Jima. The tiny volcanic island represented a critical staging area for the United States to launch attacks on the Japanese main islands, and the battle for its capture was one of the bloodiest engagements of World War II. 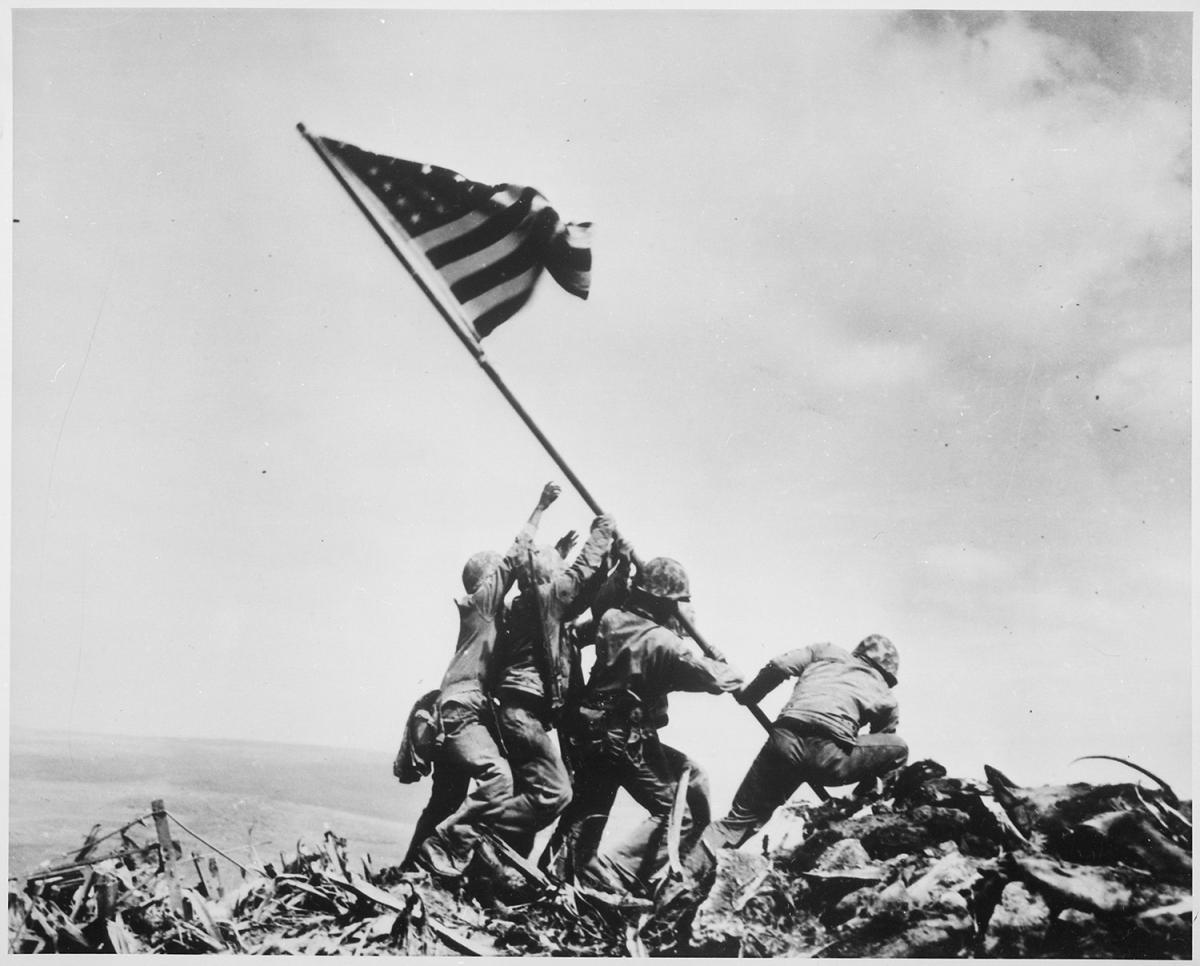 On the fifth day of Operation Detachment, Associated Press photographer Joe Rosenthal captured the iconic photograph of six Marines raising the American flag atop Mount Suribachi. The photo was later used as the model for the U.S. Marine Corps Memorial in Arlington, Virginia.

Although not as well-known as Rosenthal’s photograph, there is also a moving image record of the flag-raising. Marine Sergeant William Homer Genaust shot 16mm color footage of the event. Unfortunately, Sergeant Genaust never left Iwo Jima. Nine days after filming the raising of the flag, he was hit by enemy fire, and his body was never recovered. Sergeant Genaust’s Official Military Personnel file is in the National Archives Catalog.

Uncommon Valor: The Making of the Marine Corps Memorial

Raising the Flag Over Iwo Jima

Forensic Film Archiving: Who Raised the Flag on Iwo Jima? 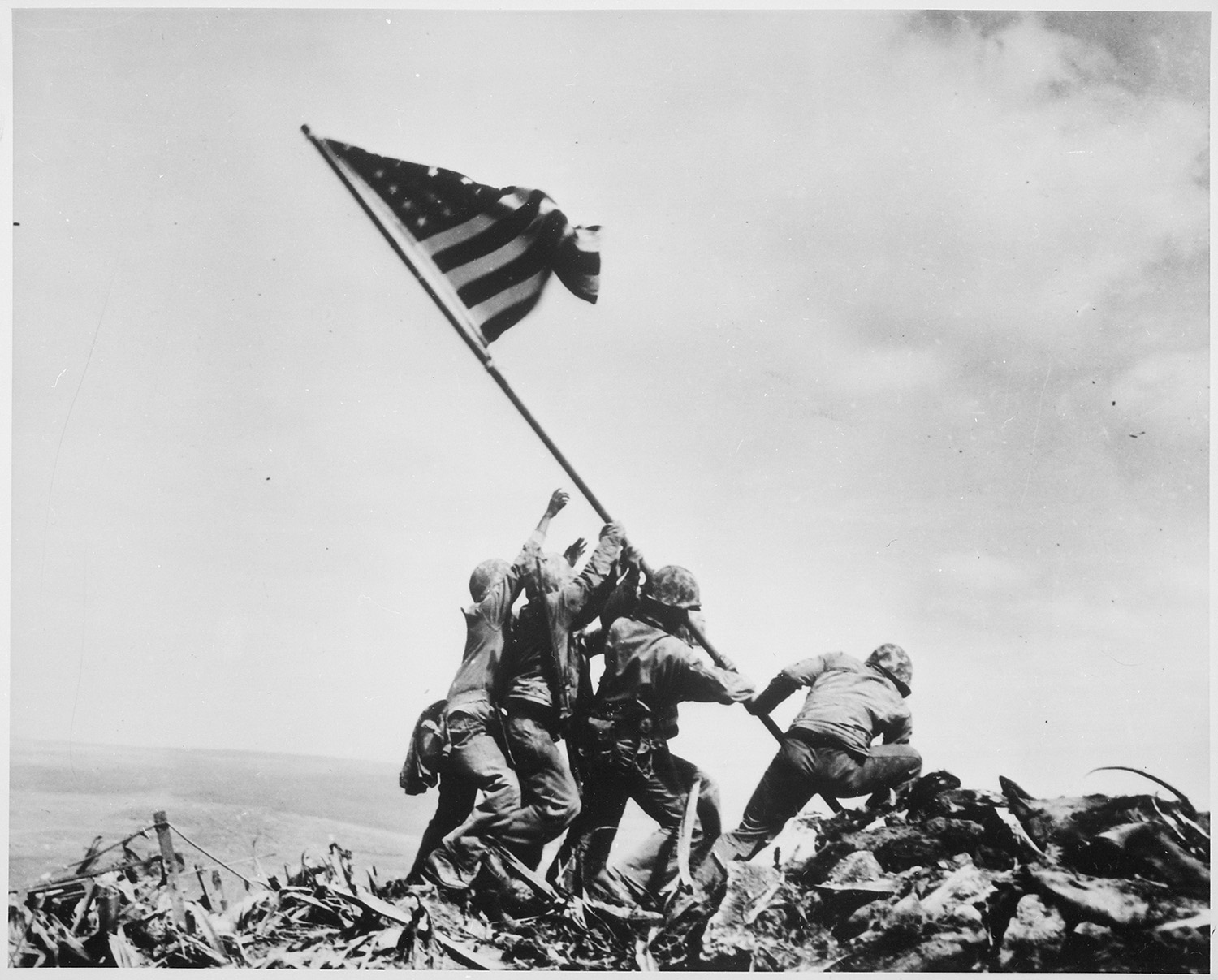 Marines of the 4th Division shell Japanese positions concealed back from the beaches. (National Archives Identifier 513219)

A Japanese position at the base of Mount Suribachi is eliminated by a high-explosive charge set off by the invading Marines. (National Archives Identifier 32607305)

Smashed by Japanese mortar and shellfire, amtracs and other vehicles of war lay knocked out on the black sands of Iwo Jima. (National Archives Identifier 513222)

Marines slide a poncho under Cpl. W. H. Porter, who was wounded by Japanese mortar fire on Iwo Jima, preparatory to bearing him away for hospital care. (Photo by Sgt. Don Fox, National Archives Identifier 74250893)

Marines on Iwo Jima use a sound system to try to talk Japanese soldiers out of caves during the battle going on at the foot of Mount Suribachi. (Photo by Sgt. L. Burmeister, National Archives Identifier 74250941)