Remembering V-J Day: The Film and Photos That Captured History

“I have received this afternoon a message from the Japanese government…”

So began the beginning of the end of World War II 75 years ago, as President Harry Truman told White House reporters on August 14, 1945. The formal signing would occur weeks later, on September 2; however the palpable elation at the end of a bloody war that killed more than 400,000 Americans reverberated in U.S. cities immediately. 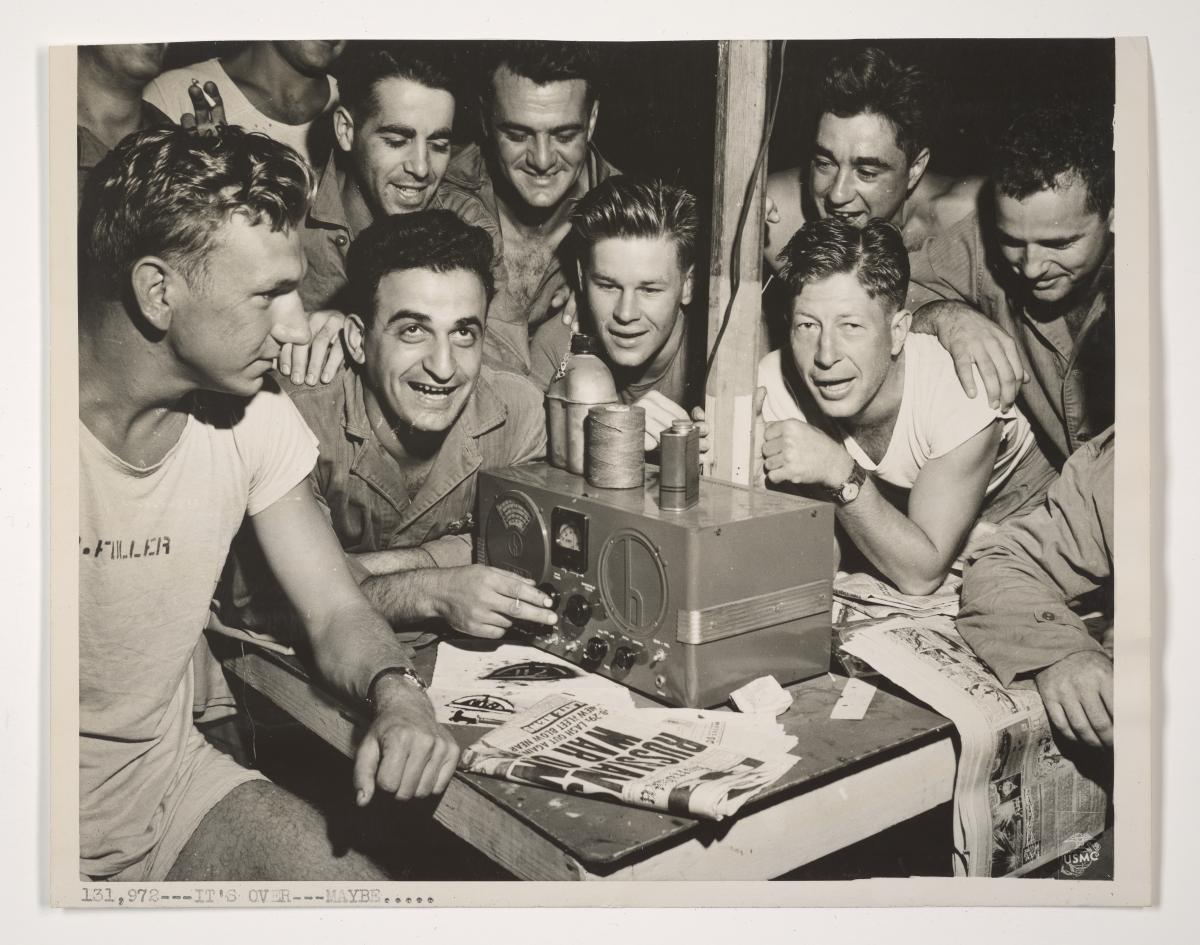 "It's over .. MAYBE------Marines crowd around the radio as the news flashes through their training base in Hawaii that the Japanese have offered to surrender," reads part of the caption on this V-J Day image.

As archives technician Jake Miller, of the National Archives Motion Pictures office, writes in The Unwritten Record blog this week

“On August 6th, 1945, an American bomber dropped an atom bomb code-named 'Little Boy'… Three days later on August 9th, 1945, another bomb code-named “Fat Man” was dropped above the city of Nagasaki.... After six days of heated debate among the top officials of the Japanese government, the decision was made to surrender. Across the United States citizens took in the news that the largest war in history had finally ended.”

The National Archives Motion Pictures staff and film preservation lab worked with filmmakers to provide archival footage from August 1945 that is featured in the new documentary Apocalypse '45.

View an eight-minute newsreel of Japanese officials signing the final surrender documents aboard the battleship USS Missouri in the Tokyo Bay on September 2, 1945, in the National Archives Catalog.

Additional related records are available on the Archives website: