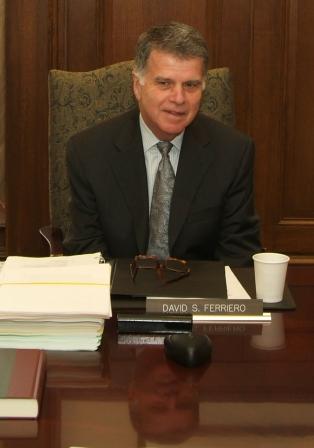 David S. Ferriero, the former Andrew W. Mellon Director of the New York Public Libraries and a leader in the field of research librarianship, was sworn in on November 13, 2009 as the tenth Archivist of the United States. At the ceremony, Mr. Ferriero said, "I'm very excited about being here. I am looking forward to jumping in with both feet to work with the staff at the National Archives on the important issues that we face in a world increasingly dependent upon information and technology."

On November 20, 2009, Mr. Ferriero chaired his first meeting of the National Historical Publications and Records Commission.

Washington State Archivist Jerry Handfield, with more than 20 years of experience in archives, history and records management, was appointed to the NHPRC, representing the National Association of Government Archives and Records Administrators (NAGARA). Handfield replaces Roy Tryon from South Carolina.

"As a member of this commission, I'll work with the other members to formulate strategy, policy and approve grants that will help guide states and local governments preserve, maintain and highlight their legal and historical records, photos and other documents," Handfield said.

Alexander Lorch is a new Grants Officer, having joined the Commission in October, after serving as Interim Director of Special Collections at Virginia Commonwealth University in Richmond. Christine Dunham also joined the Commission in October as the new Office Coordinator, bringing her prior experience at the Chesapeake Bay Trust. We also say goodbye to Ms. Mahnaz Ghaznavi, Director for Technology Initiatives, who is returning to California.

New announcements will be posted in December.

Funded by the NHPRC, the third annual Archives Leadership Institute will be held July 18-24, 2010 at the University of Wisconsin and is now accepting applications from archives professionals. The deadline is January 19, 2010, and selections will be made by March 1.

The week-long event will feature presentations by dynamic people in the archival field and relevant leaders outside the profession. The program examines the leadership needs of the archives profession and seeks to prepare participants to influence policy and effect change on behalf of the profession and the institutions at which they work.

Produced by the university's School of Library and Information Studies (SLIS), the program is directed primarily at mid-level to senior staff and archivists who aspire to leadership roles in their organizations and/or professional associations.

SLIS will select 25 archivists to spend the week at UW - Madison's beautiful lakeshore conference center and guest house. A registration fee of $600 includes tuition, instructional materials, lodging and some meals. There are a number of scholarships available to cover the registration fee, and to cover the costs of traveling to Madison. Regional archival organizations are also encouraged to consider sponsoring members who apply and are selected for the Institute.

Applications are available through the School of Library and Information Studies.

The NHPRC, in partnership with Documents Compass at the Virginia Foundation for the Humanities, is pleased to announce 5,000 previously unpublished documents from our nation's founders are now online through Rotunda, the digital imprint of The University of Virginia Press. 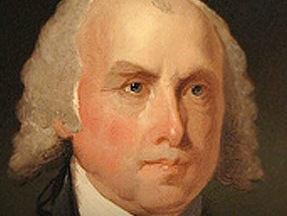 In 2008 Congress urged the National Archives to investigate ways to make the Founders Papers more readily available to historians, scholars, and the general public at no cost to researchers. As long-time funders of the print editions of the Founding Fathers documentary projects, the NHPRC worked with the editorial teams and supported a pilot demonstration project through Documents Compass, a nonprofit organization designed to assist in the digital production of historical documentary editions.

Over the past ten months, the pilot has completed basic transcription verification for roughly 5,000 documents. These transcriptions will be fully verified, and the editorial teams will provide explanatory annotation as they proceed with their work. Each completed volume of a documentary edition contains roughly 500 documents and provides notations that identify historical figures and events to shed light on the papers' meaning and significance.

"There is much to discover here," said Penelope Kaiserlian, director of the Press. "Take a look, for example, at Thomas Jefferson's letter to James Madison on August 30, 1823, when the elderly Jefferson contests the memory of 88-year-old John Adams regarding the creation of the Declaration of Independence. Historians will already know this letter, but now anyone can easily find this readable version."

"Generations of scholars, historians, and teachers will use these documents to tell the American story from its grand beginnings," said Kathleen Williams, Executive Director of the NHPRC. "We will look back in wonder at the effort of countless scholars to create this work, a national monument to the founding of our nation. Transcribing documents and publishing them online at an early stage makes more of this treasure available sooner, and we look forward to the day when the entire collection is fully annotated and complete." 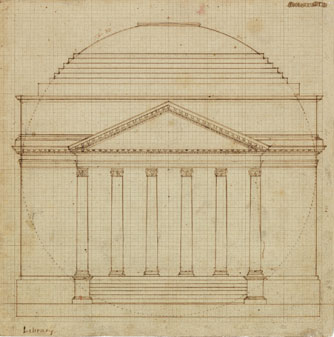 Archivist of the United States David Ferriero ended his first full week on the job by chairing the meeting of the National Historical Publications and Records Commission on November 20. At its meeting, the Commission recommended to the Archivist of the United States 32 grants totaling $2.9 million for projects in 20 states and the District of Columbia. These recommendations include grants for digitizing historical records, electronic records preservation, and historical documentary editions. 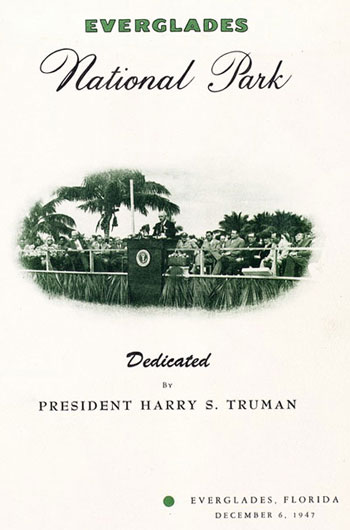 Program from the dedication of the Everglades National Park, December 6, 1947. (Photo: University of Florida Libraries)

John Nemmers, Descriptive and Technical Services Archivist in the Department of Special and Area Studies Collections at the University of Florida Libraries, was on hand at the November Commission meeting to describe the work in progress on America's Swamp: The Historical Everglades, which is digitizing material from six collections relating to the exploration, development and conservation of the Everglades from 1878-1929. Funded in FY 2009 by the NHPRC, "America's Swamp" will feed into the Everglades Digital Library.

Drawn from nearly 100,000 pages in six archival collections, the digital archives will contain early plans for draining the Everglades in the 1880s and 1890s, the dredging of canals and subsequent development of the destroyed wetlands at the start of the 20th century, as well as early attempts by conservationists to preserve the natural resources of the Everglades. 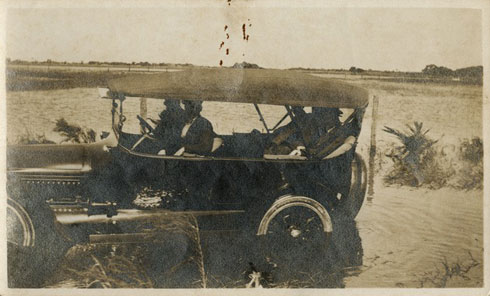 The National Parks: America's Best Idea is a six-episode series directed by Ken Burns and written and co-produced by Dayton Duncan. Filmed over the course of more than six years at some of nature's most spectacular locales - from Acadia to Yosemite, Yellowstone to the Grand Canyon, the Everglades of Florida to the Gates of the Arctic in Alaska - the series aired this fall on PBS. 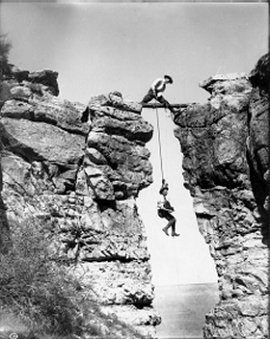 One of the more spectacular episodes was on the Grand Canyon and the role that early photographic pioneers - Ellsworth and Emery Kolb - played in documenting its natural beauty and history. In 1979, an NHPRC grant to the Cline Library at Northern Arizona University helped assure that the tremendous photographic legacy compiled by the Kolb brothers would be preserved. Some 17,000 images were cleaned and cataloged; 15,000 negatives printed; 7,000 copy and duplicate negatives made; 10,000 feet of films copied; and a set of 12,000 xerographic browsing copies prepared.

Producers from Florentine Films and WETA-TV were able to tap into these archives to create some of the dramatic images for The National Parks: America's Best Idea. 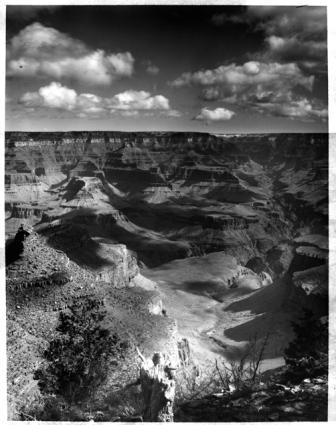