On December 16, 2009, President Obama signed the FY 2010 appropriations for the National Archives, including $13 million for the NHPRC. Of the amount provided, $4,500,000, as requested, is for an initiative to provide online access to the papers of the Founding Fathers.

At his ceremonial swearing-in on January 13, 2010, Archivist David Ferriero noted that "On Day One [as Archivist], I chaired my first meeting of the National Historical Publications and Records Commission and authorized the awarding of $2.9 million in grants to support the activities of archivists, historians, librarians, educators, documentary editors and records administrators around the country." Read the full text of the Speech.

On January 19, 2010, Nancy Melley became the new Director for Technology Initiatives at the NHPRC. Prior to this appointment, Nancy served as an Archivist in the Electronic and Special Media Records Services Division at the National Archives and Records Administration, where she processed, and provided reference on, the permanently valuable electronic records of the Federal Government. She earned her Bachelors of Arts in History from Tufts University and a Masters of Arts in Social Sciences with a concentration in history from the University of Chicago. In 2003, she became a member of the Academy of Certified Archivists. A member of the Society of American Archivists, she is active in the Reference, Access and Outreach and Government Records Sections, and served on the 2006 Host Committee and the 2007 Program Committee.

The 39th Annual Institute for the Editing of Historical Documents, known as "Camp Edit," will be held July 19-24, 2010 at the State Historical Society in Madison, Wisconsin. For the past 38 years, the Institute has been extraordinarily productive, providing training to over 600 participants. Many of them have headed important documentary editing projects and many others have worked as full-time historical editors. Institute graduates also include college and university faculty, editors of state historical publications and staff editors at other publications, archivists, manuscript librarians, government historians, and graduate students from many universities. The class size is small, and the 15-18 participants meet every morning and most afternoons for presentations by experienced editors. Attendees will also be able to consult with the resident advisors during the term of the Institute. 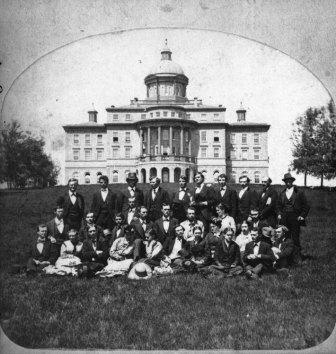 The Institute is an intensive seminar in all aspects of modern documentary editing techniques, taught by visiting editors and specialists. During the week-long seminar, participants will hear presentations on various topics relating to documentary editing. The 2010 Institute will feature sessions on starting a project in the electronic age, document selection and annotation, transcription, indexing, publishing in book and electronic formats, fundraising, and promoting an edition.

Madison is a delightful place in the summer, and almost everything is within walking distance. Research facilities are excellent and close at hand. The Historical Society houses an impressive manuscript collection as well as the University of Wisconsin's American history library, and the general graduate library is just across a pedestrian mall.

No tuition is charged, and housing is provided at no cost. All the interns (who number 15-18) stay in single accommodations at the Wisconsin Center Guest House (Lowell Center) on the University of Wisconsin campus. The Guest House is two blocks from the State Historical Society where the daily meetings are held. Guests are provided free parking and complimentary breakfasts.

Other meals and travel are at interns' expense.

Go to http://www.archives.gov/nhprc/partners/editing-institute.html for the application form. 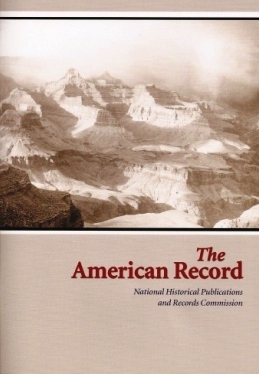 A new print publication, The American Record, is now available from the NHPRC. Two dozen grantees are profiled in this 54-page booklet, a small fraction of the successful projects supported since 1964. If you would like a hard copy, send an email with The American Record in the subject, along with your mailing address to keith.donohue@nara.gov.

Two examples from the booklet are included in this issue of the newsletter: The Seattle Municipal Archives, which NHPRC helped establish and which is now considered one of the best such archives in the country, and the Freedom History Project, which has led to scores of additional projects ranging from curriculum development to Ken Burns's Civil War series. 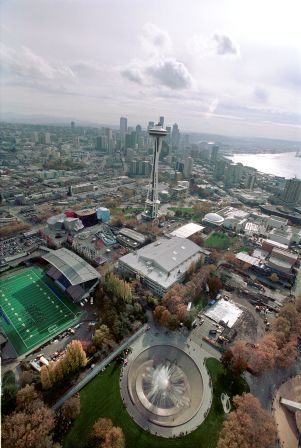 The Seattle Municipal Archives was established in 1985 with a two-year grant from the NHPRC. The Archives initially was based in the City Clerk Division of the Office of the Comptroller, and has been part of the City's Legislative Department for over a decade. In 1988, as part of an NHPRC grant, the Municipal Archives published A Guide to the Archives of the City of Seattle, which was awarded the Society of American Archivists' C.F.W. Coker Prize as the year's outstanding work in the area of archival description.

The Municipal Archives document the history, development, and activities of the agencies and elected officials of the City of Seattle. Strengths of the records include those documenting engineering, parks, urban planning, the legislative process and elected officials. Holdings include over 6,000 cubic feet of textual records; 3,000 maps and drawings, 3,000 audiotapes; hundreds of hours of motion picture film; and over 1.5 million photographic images. Among the archives are records documenting the anti-Chinese riots of the 1880s, the gold rush pioneers of 1897, the labor movement, two World's Fairs (1909 and 1962), and urban renewal projects such as the Pike Place Market, the largest public market in the country. 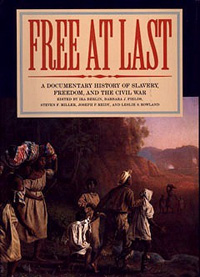 Free at Last (New Press) brings together some of the most remarkable correspondence ever written by Americans.

The history of emancipation is one of the most extraordinary stories in the American Record. In the fall of 1976, the Freedmen and Southern Society Project, housed at the University of Maryland, launched a systematic search for records documenting the history of the death of slavery and the birth of freedom during the Civil War and Reconstruction eras. Since that time, the project has published five of a projected nine volumes of Freedom: A Documentary History of Emancipation, 1861-1867, and four additional volumes, designed for general audiences and for teachers, have been published in paperback: Free at Last and Families and Freedom (The New Press) and Slaves No More and Freedom's Soldiers (Cambridge University Press).

The staff has kept a cumulative tabulation of how people are using its publications. For example, the papers have been cited in:

At least 152 college courses have made use of the work, as well as 41 teacher workshops, eight publications for elementary and middle school teachers, three collections on compact discs, nine books for young readers, two dozen books for popular audiences, nine exhibits, six films, 11 television programs - including Ken Burns's Civil War series, 16 radio programs, 80 stage productions, and 176 web sites. One of the editors, Steven Hahn, also wrote A Nation Under Our Feet: Black Political Struggles in the Rural South from Slavery to the Great Migration which received the 2004 Pulitzer Prize for History.