At its Spring meeting, the National Historical Publications and Records Commission recommended to the Archivist of the United States 45 grants totaling $3,885,856 for projects in 24 states and the District of Columbia. Ranging from records of five state agencies in Montana to the records related to the timber industry in Southern Mississippi, these grants support the breadth of historical records preservation and access across the United States.

Grants totaling $1.8 million were recommended for 19 archival projects. A dozen went to basic projects that ensure researchers will have access to online information about an archives' holdings. These include projects to process records of the Exxon Valdez oil spill in Alaska; the Kentucky Folklife Program; and the Historical Society of Western Pennsylvania. Seven detailed processing projects will make available in-depth online description of the records of the Michigan's Copper County region, southern Mississippi's timber industry, and Vermont court records stretching back to the 18th century.

Grants totaling $1.8 million were recommended for 18 documentary editing projects-from a digital edition of the Papers of Abraham Lincoln to the Papers of Eleanor Roosevelt. Eight subventions were awarded to university presses to assist with the timely publication of volumes of the papers of Ulysses Grant, James Madison, and others. A Strategies and Tools grant was awarded to the Virginia Foundation for the Humanities to create an editing and document management tool for historical documentary editions.

A full list of funded projects is available here. 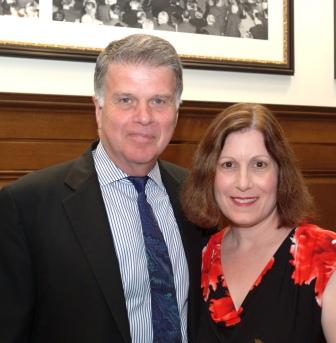 Nancy Taylor with Archivist of the United States David Ferriero.

After 36 years at the National Archives, Nancy Taylor is retiring, effective August 3, 2011. The Commission recognized her service by adopting the following resolution at its June meeting:

NANCY TAYLOR joined the staff of the National Historical Publications and Records Commission in 1990 and has served with distinction as the Management and Program Analyst. She began her tenure at the National Archives more than 35 years ago, starting as a teenager and working part-time and summers while going to nursing school. She decided to stick with historical records when she realized she couldn't stand the sight of blood.

During her time at the agency, she also worked in the office of the Archivist of the United States and in the Office of Presidential Libraries, the Federal Register, and just about everywhere else. Throughout her career, Nancy has learned or invented federal processes to become our reigning expert in all things regulatory. Red tape cannot hold her. She is a font of good judgment and quiet wisdom, and her forbearance with the many grantees over the years has honed her patience and kindness and generosity. They have come to know that they will not receive their funds unless Nancy says so. Her colleagues on the staff will miss her more than she can know, and the Commission thanks Nancy for her dedicated service and contributions to its programs with our sincere respect and affection.

With support from the NHPRC and the Packard Humanities Institute, the Adams Papers editorial project has completed the Online Adams Catalog (OAC) which records every known Adams document held by the Massachusetts Historical Society (MHS) as well as other public and private repositories-a searchable database of more than 110,000 items. This item-level catalog began nearly fifty years ago as a paper control file housed in the offices of the Adams Papers Editorial Project.

Three generations of the Adams family are represented here: John and Abigail; their son John Quincy and his wife Louisa Catherine; and their son Charles Francis and his wife Abigail Brown Brooks. The records primarily reference letters to and from members of the Adams family, along with diaries and other supplementary materials such as genealogical sketches, speeches, wills, and land deeds. 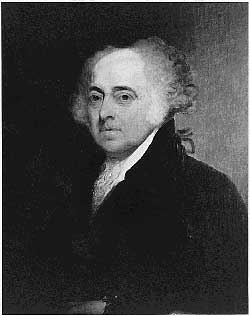 Some catalog records are hyperlinked to digital copies and transcriptions. These links include online versions of the Adams Papers Digital Editions, the electronic publications of Papers of John Adams, Adams Family Correspondence, and Legal Papers of John Adams. Digital copies of the pages of all fifty-one manuscript volumes of John Quincy Adams' diaries are available, and both transcriptions and digital copies of the correspondence of John and Abigail Adams as well as John Adams' diary and autobiography.

The OAC was a collaborative effort between the Adams Papers Editorial Project, the MHS Library Collections Services department, with the assistance of the Reader Services and Publications departments, and the project was managed by Mary Claffey. 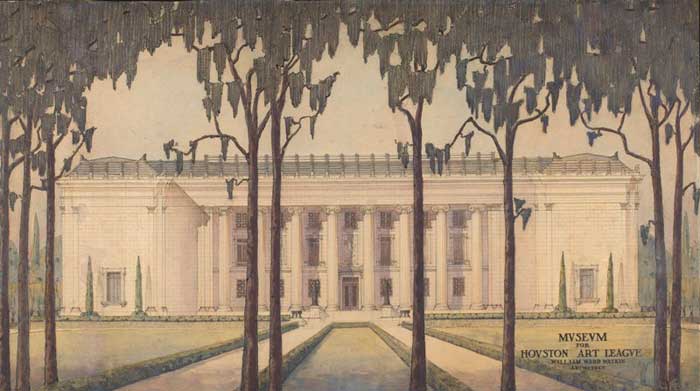 The records of cultural organizations play a vital role not only in understanding the evolution of the arts in America, but also as bellwethers of community life and history. One of the country's first museum archives is the Museum of Fine Arts, Houston. Established in 1984 with a grant from the NHPRC, the MFAH Archives is now entering a second stage of development.

Institutional records date from 1900, when the museum was founded, and include correspondence, schedules, subject files, program files, ephemera, and exhibition files. Included among the MFAH Archives are 184,000 images that document the history of exhibitions, architecture, and programming at the Museum, and an additional 52,000 photographic images reside in manuscript collections, documenting subjects such as prominent Houston families, exhibitions at the Contemporary Arts Museum, Houston gardens, and contemporary artists.

The architectural collection documents the construction history of the MFAH campus, and in addition to architectural drawings, the collection contains account statements, architectural specifications, project histories, and correspondence. The audio-visual collection consists of more than 3,000 audio recordings and moving images-primarily interviews, lectures, ceremonies, and other events held at the MFAH. In these recordings, scholars, educators, curators, and artists speak on topics relating to exhibitions and the museum's art collections.

In January 2010, the MFAH received a two-year grant to plan the implementation of an electronic records archive (ERA) for preserving the museum's permanent born-digital records. Under the grant, the MFAH Archives and Information Technology departments are collaboratively exploring emerging technologies in pursuit of a sustainable ERA system that will allow museums and other smaller archival institutions to ensure the authenticity and on-going accessibility of their electronic records. The ERA is seen as a crucial step in fulfilling the museum's continuing aim to achieve excellence in the care, documentation, and management of its institutional history and collections. As part of their research, the team has put together an extensive Electronic Records Bibliography.

"I could give a host of professional reasons for initiating the project - that electronic versions, and not hardcopies, are the original records; that the historic record is at risk; that emerging solutions should be scalable to cultural institutions - but the personal truth is a fascination with the possibilities the virtual realm has to offer. As a layman, it will always seem a little like magic. The potential dawned on me about ten years ago when I discovered that academic researchers were testing blob recognition for, as one example, distinguishing urban scenes from seascapes. It was beyond my imagination that in less than a decade facial and landscape recognition would be available in the commercial market. My imagination jumped instead to moving images and the implication for cataloguing. If automated identification of still images was possible, could moving images be far behind (it's not) and, if so, how relevant would the subject terms hurricanes, typhoons, cyclones, or les ouragans ... be when ultimately a bitstream could label a storm's particular forms and movement? What would stop that bitstream, I daydreamed further, from being applied to newspaper articles or library books? A term that breached the boundaries of nomenclatures and language. One day, but, in the meantime, there are those unarchived terabytes of data whirling on the servers like a typhoon of its own."

At the University of Cincinnati Libraries, through a grant from the NHPRC, archivists are processing the papers of Theodore Moody Berry (1905-2000), a civil rights pioneer, community activist, and first African American mayor of Cincinnati. Archivist Laura Laugle has created a blog with updates on discoveries from the files. Dean Victoria Montavon stated that the project "will provide students and scholars with access to an excellent collection that will inform their understanding of local, state, and national civil rights and the evolution of the role of African Americans in politics in the 20th century." 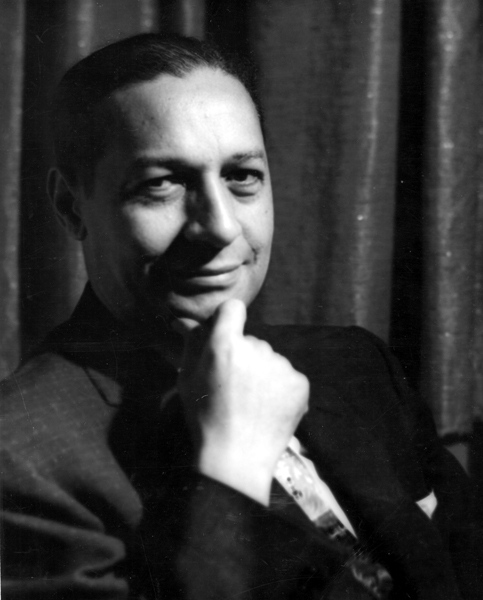 Born in Maysville, Kentucky, and raised in Cincinnati, Ted Berry graduated from Woodward High School in 1924 and was the school's first African-American valedictorian. After earning both a bachelor of arts and a law degree from the University of Cincinnati, he served as counsel for the Cincinnati Chapter of the NAACP and was admitted to the United States Federal Bar in 1937.

After the outbreak of World War II, Berry went to work in the federal Office of War Information during World War II as a Liaison Officer for Group Morale. In 1945, future Supreme Court Justice Thurgood Marshall asked Berry to act as lead counsel for the defense team on behalf of three Tuskegee Airmen who had been court-martialed for challenging a segregated officer's club at Freeman Field. Berry won acquittal for two of the men, and in 1995, the Air Force pardoned the third.

In 1947, Berry returned to Cincinnati and began his political career by running for City Council. Although he lost the election, he gained a seat two years later and in 1955, he was elected vice mayor. His creation of the Community Action Commission attracted the attention of Sargent Shriver, and upon his recommendation, Berry was appointed in 1965 to head the Office of Economic Opportunity's Community Action Programs which included Head Start and the Job Corps. In 1969, he returned to his beloved hometown, and three years later, he was elected mayor. A key figure in 20th-century American civil rights, Berry's career was marked by his involvement in fair housing, race relations, and economic opportunity on local, state, and national levels. 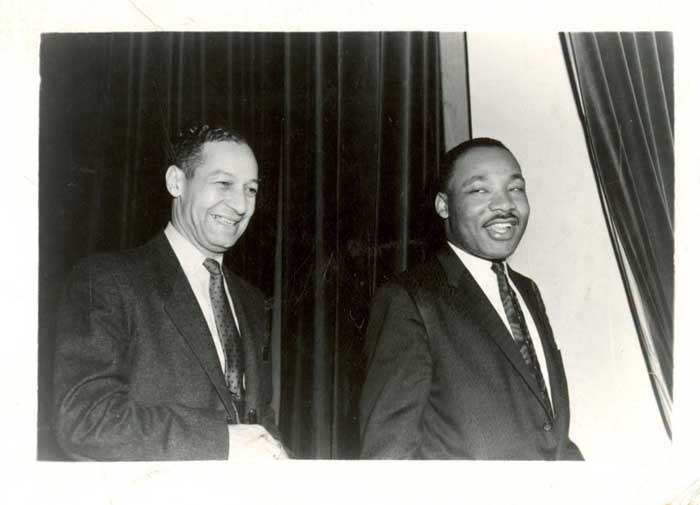 The Theodore Moody Berry Papers provide an historical record of civil rights and community politics during the 20th century, including issues surrounding Cincinnati politics and history, housing and fair treatment for the poor, and neighborhood activism. Consisting of 225 boxes and spanning six decades, the papers cover his involvement in Cincinnati City Council (1949-1975), the Federal Office of Economic Opportunity (1965-1969), and his personal papers (1930-1995), and biographical material (1905-2000).