In mid-December, the FY 2012 appropriations bill was passed, providing $5 million for grants for the NHPRC. Earlier, at its November 2011 meeting, the Commission had recommended approximately $2.5 million for 40 projects in 27 states and the District of Columbia.

Nearly $700,000 in funding went for State and National Archives Partnership (SNAP) grants to enable 23 state historical records advisory boards to carry out their mission to support archival education and strengthen the nation's archival network. One of the most important parts of the SNAP program is to enable states to "regrant" funds, providing opportunities for small historical records repositories to carry out local projects. In addition, the Oregon State Archives received an Electronic Records grant to support a two-year project to manage and preserve the records of the Governor's office and to work with the Washington State Digital Archives to create a regional system of managing state government electronic records from creation to final disposition. 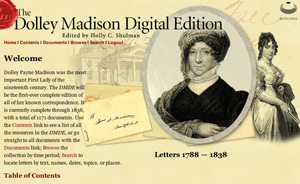 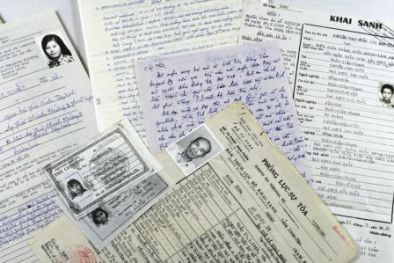 Detail from files of the Families of Vietnamese Political Prisoners Association collection.

Digitizing Historical Records grants, totaling $400,000, went to six projects, including a partnership among the Atlanta Historical Society, the Digital Library of Georgia, the Hargrett Rare Book and Manuscript Library at the University of Georgia, and the Georgia Historical Society to digitize 81,319 documents pertaining to the American Civil War. The University of Washington will digitize its J. Willis Sayre Photograph Collection, documenting American vaudeville, theater, and other performing arts; the Minnesota Historical Society will digitize 32,000 pages of annotated speeches and 50 audio recordings by U.S. Senator and Vice President Hubert H. Humphrey (1911-1978); and Texas Tech University will digitize approximately 250,000 pages of Orderly Departure Program Application Files of the Families of Vietnamese Political Prisoners Association Collection.

A full list of grants is available at http://www.archives.gov/press/press-releases/2012/nr12-49.html.

The next meeting of the Commission has been set for Friday May 18, 2012. Meetings are open to the public, although seating is limited. Please check the NHPRC homepage for more information in late April for registration information.

Vogt-O'Connor Named to the Commission 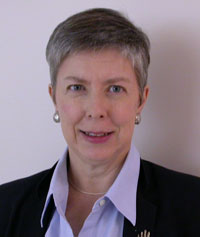 A frequent contributor to many works, Ms. Vogt-O'Connor is the author or co-author of numerous books, including the award-winning Guide to Photographic Collections at the Smithsonian (four volumes), the Museum Handbook (three volumes), Images of America, Handbook for Digital Projects: A Management Tool for Preservation and Access and Photographs: Archival Care and Management. The Society of American Archivists named her a lifetime fellow in 2006 in recognition of her contributions to the profession. She holds two double master's degrees, in library science and archives, and in art history and museum studies from Wayne State University in Detroit.

In addition, the 2012 Summer Institute for Editing Historical Documents will be held 5–9 August at the Omni Hotel in Charlottesville, Virginia. The Institute is free, and a travel stipend will be provided to those living outside the Charlottesville area. The application deadline is March 1, 2012, and applications are available through the Association for Documentary Editing. 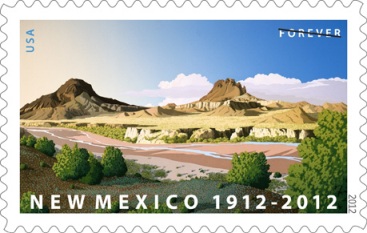 As part of the celebration of the statehood centennial, the U.S. Postal Service has issued this commemorative New Mexico stamp.

From the Land of Enchantment, the New Mexico Historical Records Advisory Board recently awarded nine regrants through the State and National Archival Partnership program. Designed to enable state boards to reach into smaller communities, the program uses a mix of Federal and state funds for archives projects. The FY 2012 awards went to: 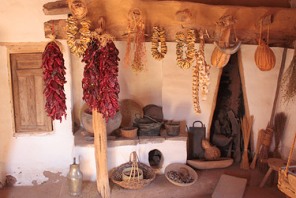 Administered through the New Mexico Commission on Public Records, the state board was created according to NHPRC's mandate in 1975 through gubernatorial appointments. Recognizing the cultural diversity of the state, the mission of the New Mexico Historical Records Advisory Board is to promote the preservation of the historical records of the state and to stimulate public access to them. 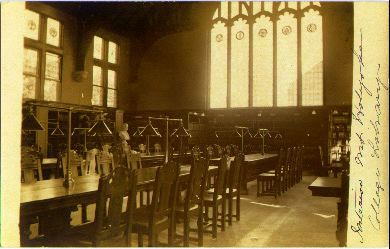 Located in South Hadley, Massachusetts, Mount Holyoke College was founded as a female seminary in 1837; today it is a liberal arts women's college with an enrollment of 2,200 and part of the Five College Consortium, along with Amherst, Hampshire, and Smith Colleges, and the University of Massachusetts at Amherst.

Created in 1973 as a department within the Library, the Mount Holyoke College Archives was authorized in 1996 to administer the disposition of records created by the College in the course of its routine activities. Currently the Archives holds approximately 8,000 linear feet of records of enduring value to the College. By the end of the first decade of the 21st century, however, it became apparent that something needed to be done about the College's electronic records.

In 2010, the NHPRC awarded an 18-month Electronic Records grant to the Archives and Special Collections at Mount Holyoke College for a Start-Up Project. The project was designed to create and test procedures to expand the Archive's current workflow to include ingest, processing, storage, description of, and access to electronic records using the College's existing technology infrastructure.

As part of the project, the Archives surveyed, accessioned, processed, described, stored, and created access to 194.26 megabytes of born digital records. Intended as a model for other modest sized institutions, the Archives planned from the beginning to share its results not only with the profession, but particularly with other Five College Consortium archivists. 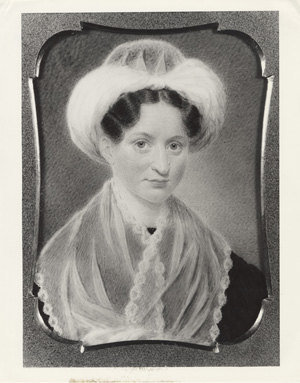 Archives and Special Collections has now established workflows and procedures to ingest, accession, process, store, and access electronic records, including:

Over the course of 18 months, Mt. Holyoke College has been able to accession, process, and store electronic records from its Board of Trustees' Office, Dean of Faculty's Office, Registrar's Office, and Communications Office-a successful start-up for an electronic records program.

In addition to new workflows and procedures, Archives and Special Collections has implemented a digital records transfer system for campus offices to move electronic files to the Archives. Creation of this system was necessary because Mount Holyoke College does not currently have a campus-wide document management system. Documentation for this transfer system, created by Sven Aas, Web Team Lead, is available at https://github.com/svenaas/drxfer.

More information about this successful start-up can be found at http://www.mtholyoke.edu/archives/exhibits/nhprcgrantproject.html. 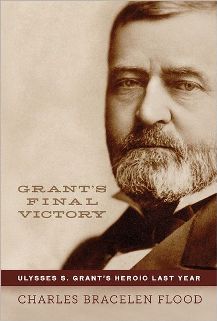 Charles Bracelen Flood's Grant's Final Victory (DeCapo Press, 2011) tells the story of Ulysses S. Grant's heroic final year. Taken in by a pyramid scheme, Grant was in financial ruin, and the only way out was to write his memoirs. Stricken with cancer, the former President also realized that his time was short.

Fortunately, Mark Twain came to the rescue, arranging the publication of the book and overseeing the whole process. As he was nearing completion of the manuscript on June 29, 1885, Grant sent a note to Twain, "There is much more that I could do if I was a well man." Grant finished his book on July 20, 1885 and died three days later.

The memoirs were an instant best seller and the family's fortune was reestablished. Flood writes that Grant's final victory was an "amazing effort … he had written an average of seven hundred and fifty words every painful day." Flood credits The Papers of Ulysses S. Grant, supported through the NHPRC, with providing the primary source materials necessary for his book.

The Grant Papers project began 50 years ago in 1962 when the Civil War Centennial Commissions of Illinois, New York, and Ohio, under the leadership of some of the nation's leading historians, established the Ulysses S. Grant Association and appointed John Y. Simon as editor. The Grant project began at the Ohio Historical Society, then moved to Southern Illinois University Carbondale in 1964. Over its history, the Ulysses S. Grant Association has accessioned over 250,000 documents, mainly from the Library of Congress and the National Archives. 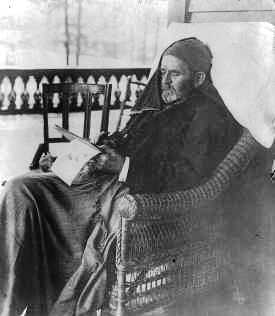 As he was dying, Ulysses S. Grant finished writing his memoirs. Courtesy Library of Congress

With support from Southern Illinois University, the National Endowment for the Humanities, and the National Historical Publications and Records Commission, the Grant Association has published 31 volumes of The Papers of Ulysses S. Grant through the Southern Illinois University Press. A supplementary volume, which will reproduce those documents discovered too late for inclusion in the appropriate chronological volumes, is due this year.

In July, 2008, John Y. Simon died, and the Grant Association relocated the papers to Mississippi State University. There, they have mounted a digital version of volumes 1-31 on the university's web site. The project is now at work on an annotated scholarly edition of The Personal Memoirs of U.S. Grant. 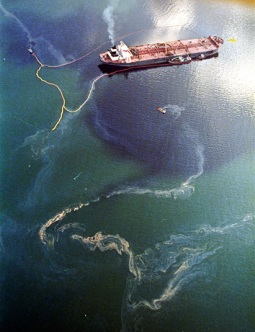 The Exxon Valdez off the coast of Alaska. Courtesy NASA

On March 24, 1989, the Exxon Valdez, an oil tanker bound for Long Beach, California, struck Prince William Sound's Bligh Reef and spilled hundreds of thousands of barrels of crude oil into Alaskan waters. The court cases resulting from this disaster lasted for 5 years (1989-1993) and involved both state and federal courts. Parties involved in these cases produced over 27 million pages of litigation records. The State of Alaska produced more than 8 million pages, including 2,000 fact depositions and 25,000 deposition exhibits. When the cases closed, the Alaska Department of Law transferred more than 3,300 boxes of records to the State Archives.

Now with a grant from the NHPRC, the Alaska State Archives is undertaking a two-year project to appraise and process records related to the Exxon Valdez oil spill. Project staff will appraise all of the records, and arrange and describe an estimated 400-600 boxes of records that will be determined to have permanent valuable. MARC records and EAD finding aids will provide descriptive information.

Map of the oil spill from the Alaska state government report.

The majority of the records are paper or microform, but audiovisual materials, photographs and slides, unpublished printed reports, maps, and a variety of electronic media are also included. Records document the entire case process from discovery through settlement. Many records reflect local historical conditions and ecological trends in the time period leading up to the spill, for litigants had to demonstrate the long-term effects on the marine ecosystem and economy. Records document the social, cultural, and economic impact on south-central Alaska, Prince William Sound, the Kenai Peninsula, Cook Inlet, and the Kodiak and Eastern Aleutian Archipelagos.

The Civil War and its Aftermath in Texas 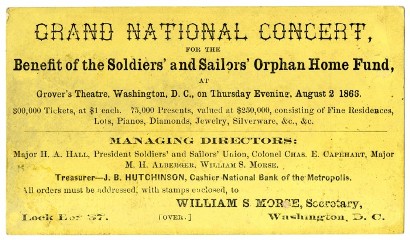 Advertisement for the Grand National Concert, a benefit for the Soldiers and Sailors Orphan Home Fund. This benefit was held at the Grover s Theater in Washington, D. C. on August 2, 1866. Courtesy University of North Texas

During the Civil War, more than 70,000 Texans served in the Confederate Army and 2,000 joined the Union Army. At the University of North Texas Libraries' Digital Projects Unit, an NHPRC-supported project is underway to help tell their story.

The Library is digitizing and placing eight archival collections on the Portal to Texas History, which offers more than 250,000 pages of material from archives, historical societies, small and large libraries, museums and private collections from all areas of Texas. Collections being digitized include the A.C. Lenert Memorandum Book from 1862-65, a daily log of the shelling, artillery attacks and the intensity of fighting at the Battle of Vicksburg from a member of the Texas Legion. 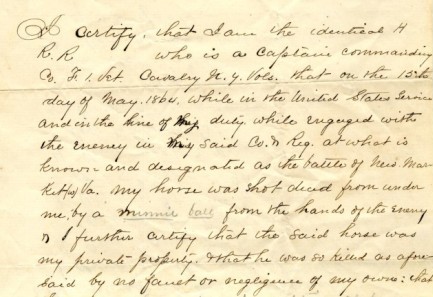 Detail from Claim for reimbursement for a horse shot in battle, Hamilton Redway, May 15, 1864. Courtesy University of North Texas
The other collections, most with a Texas connection, include:

People with a wide range of interests in the Civil War will find something among these easily accessible materials to enrich their understanding of this seminal event in American history.