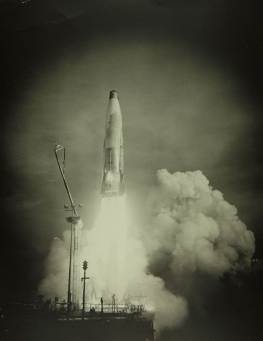 Atlas Rocket launch, Courtesy San Diego Air and Space Museum
Following the Commission’s January meeting, Archivist of the United States David S. Ferriero has awarded 35 grants and one cooperative agreement totaling $2,186,024 to projects being undertaken in 27 states, the U.S. Virgin Islands, and the District of Columbia. The National Archives grants program is carried out through the National Historical Publications and Records Commission (NHPRC).

Publishing grants totaling nearly $960,000 went to 8 publishing projects from the U.S. Colonial and Early National Period: the papers of Benjamin Franklin, George Washington, John Adams, James Madison, Dolley Madison, John Jay, the Documentary History of the Ratification of the U.S. Constitution, and the Documentary History of the First Federal Congress. The Commission also funded its ongoing cooperative agreement with the University of Virginia to support Founders Online (founders.archives.gov), which provides free online access to the papers of the United States of America’s founders.

Access to Historical Records grants, totaling over $550,000, went to 7 projects to digitize the records of the Atlas Rocket program at the San Diego Air and Space Museum; to process four large photograph collections documenting Colorado and the American West; to provide online access to the records of the Tanglewood Festival of Contemporary Music; to digitize audio recordings from the Women’s Overseas Service League; to digitize 2,200 audio recordings from 20th century writers in the American Public Media Archive; to expand access to 418 archival collections of the Jewish Theological Seminary; and to process the records of New York City’s Almshouse in the 19th century/early 20th century. 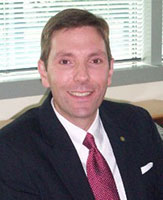 Daniel Sullivan (R-Alaska) has been named as the representative of the U.S. Senate on the Commission. Prior to entering the U.S. Senate in January 2015, Sullivan served as Alaska’s Attorney General and Commissioner of the Alaska Department of Natural Resources. He was a judicial clerk for the highest federal and state courts in Alaska. Over the past 21 years, he has served the nation on active duty and in the reserves and is currently an infantry officer and Lieutenant Colonel in the U.S. Marine Corps Reserves. Sullivan was the U.S. Assistant Secretary of State for Economic, Energy, and Business under Secretary of State Condoleezza Rice and a Director in the International Economics Directorate of the National Security Council staff at the White House. After earning a B.A. in Economics from Harvard University in 1987, he received a joint law and Masters of Science in Foreign Service from Georgetown University in 1993. 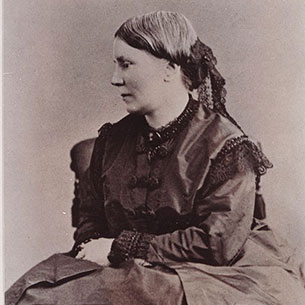 Elizabeth Blackwell, ca. 1850-1860. Courtesy of the Schlesinger Library, Radcliffe
"It is not easy to be a pioneer - but oh, it is fascinating! I would not trade one moment, even the worst moment, for all the riches in the world." -- Elizabeth Blackwell

A grant from the NHPRC to the Schlesinger Library at the Radcliffe Institute for Advanced Studies at Harvard University is a two-year project to digitize five Blackwell Family collections, which span from 1784 to 1981 and detail the activities of members of the Blackwell family, who were leaders in abolition, prohibition, health care, women's suffrage, and education.

The collection includes materials that record travel, professional work, and civic and reform activities of the members of the close-knit family. Among the most well-known members are Elizabeth (1821–1910), the first woman to earn a medical degree, and her sister Emily (1826–1910), also among the first woman doctors. Both women fought for public health reform and equal education and medical training for women. 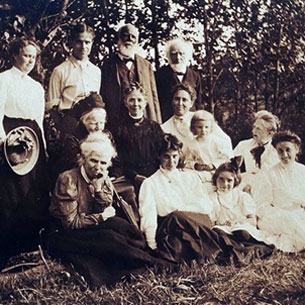 Members of the Blackwell family in Martha s Vineyard, ca. 1906. Courtesy of the Schlesinger Library, Radcliffe Institute for Advanced Study, Harvard University, Collection Number: MC 411
Their brother Henry Browne Blackwell (1825–1909), his wife, Lucy Stone (1818–1893), and their daughter Alice Stone Blackwell (1857–1950) are known for their leadership roles in the abolition, women's suffrage, and prohibition movements. Their sister-in-law Antoinette Brown Blackwell (1825–1921), wife of Samuel Charles Blackwell (1823–1901), was the first woman ordained as a minister in the United States and an active speaker on behalf of abolition, women's rights, and prohibition.

To find out more about Elizabeth Blackwell's pioneering efforts to become a doctor, read the Schlesinger Newsletter.

The rest of the Blackwell clan is no less interesting. To see the Finding Aids for the Blackwell Family papers, go to http://oasis.lib.harvard.edu/oasis/deliver/~sch00051.

Pan Am at the University of Miami

The University of Miami Libraries Special Collections is home to the Pan American World Airways, Inc. Records, one of their largest and most used collections.

From the airline’s founding in 1927 through its closing in 1991, Pan Am was a pioneer in the development of aviation equipment, air routes, commercial passenger service, navigation techniques, and communication systems. Fifteen hundred boxes of administrative, legal, financial, technical, and promotional materials as well as internal publications, photographs, audiovisual material and graphic material form this vast resource. A cataloging effort supported by a grant from the National Historical Publications and Records Commission has allowed these materials to be organized thematically.

The archival work is now complete, and Special Collections hosted a celebration on January 29 at the Robert and Judi Prokop Newman Alumni Center. The event, presented by Special Collections, included a reception and presentation culminating in a runway show by World Wings International, Inc., an organization of former Pan Am flight attendants who participate in a number of charitable causes worldwide. 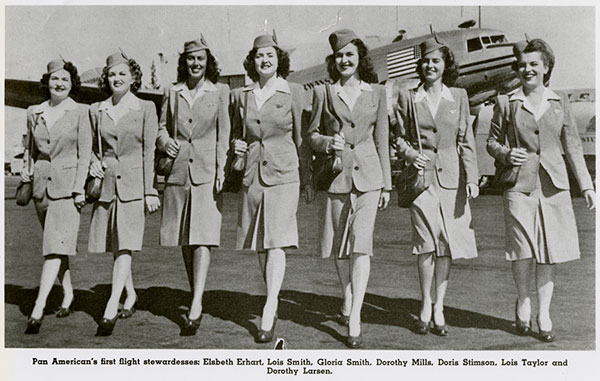 You can visit the collection online in a special digital exhibition. And you can read more about the project, headed by Archivist Emily Gibson, at http://library.miami.edu/blog/2015/01/22/ums-special-collections-celebrates-milestone-for-the-pan-am-airlines-collection/. 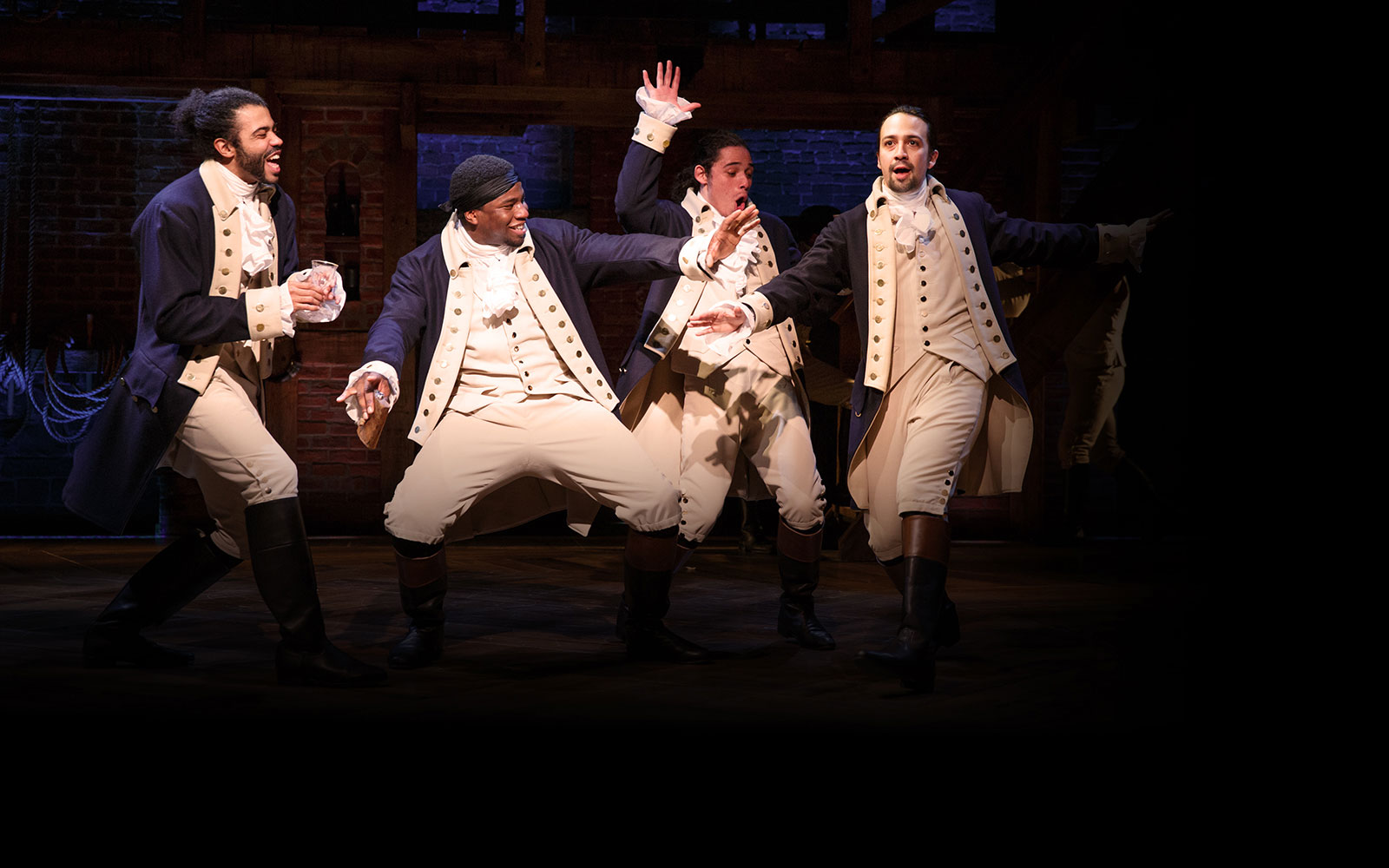 In February a new musical by Lin-Manuel Miranda, opened at the Public Theater in New York to rave reviews. Miranda's inspiration for the hip-hop musical was Ron Chernow's biography on Alexander Hamilton, which drew upon The Papers of Alexander Hamilton, a 27-volume documentary edition published by Columbia University Press and made possible, in part, by funding from the National Historical Publications and Records Commission.

A profile in The New Yorker traces Miranda's research, including his reading of the Hamilton papers. You can read all of Hamilton's papers in the NHPRC-supported Founders Online.

Historic New England, a museum of cultural history that collects and preserves buildings, landscapes, and objects dating from the seventeenth century to the present, received an NHPRC grant to improve public access to 26 collections of family papers associated with its historic properties. The project received additional funding from the Bedford Family Foundation and an anonymous foundation. 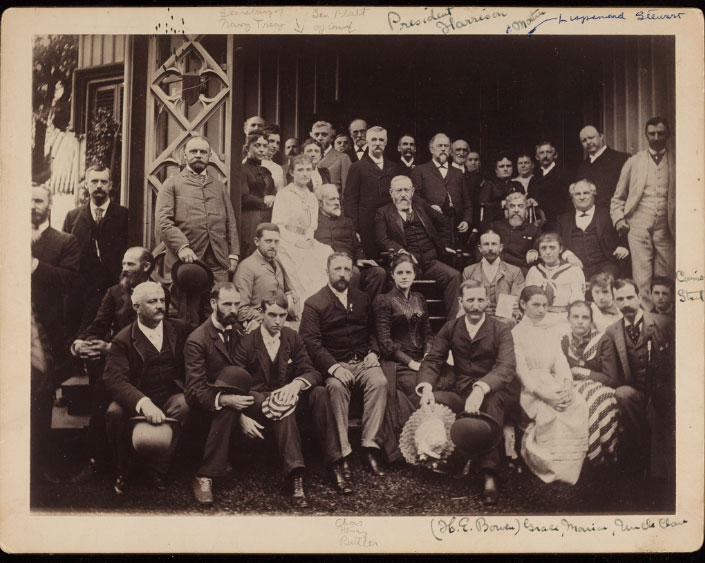 Enlarge
Bowen family members sit and stand in front of Roseland Cottage in Woodstock, Connecticut, to celebrate July 4, 1889. Included in the group is President Benjamin Harrison. Courtesy Historic New England, Bowen Family Papers.
Among the many treasures is this photograph of the Roseland Cottage Fourth of July celebration with President Benjamin Harrison, 1889. Drawn from the Bowen Family Papers, 1774-1986 Collection of manuscripts from the Bowen family of Roseland Cottage in Woodstock, Connecticut. The Bowen family papers document the lives of multiple generations of this Woodstock, Connecticut, family. The most significant papers belong to Henry Chandler Bowen (1813-1896), an influential anti-slavery supporter, member of Henry Ward Beecher's Plymouth [Congregational] Church in Brooklyn, New York, early supporter of Abraham Lincoln and the Republican party, and publisher of The Independent. Of particular interest are materials that document the design and construction of Bowen's summer home, Roseland Cottage. 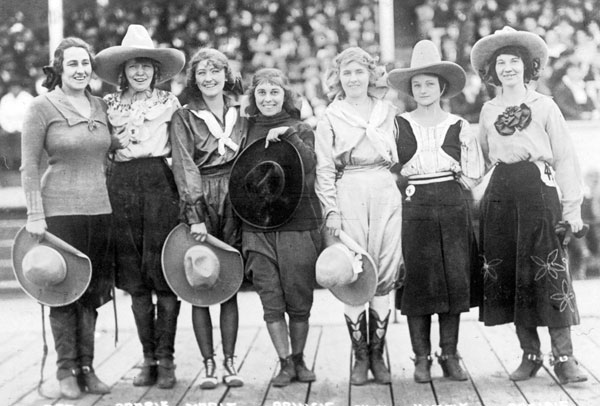 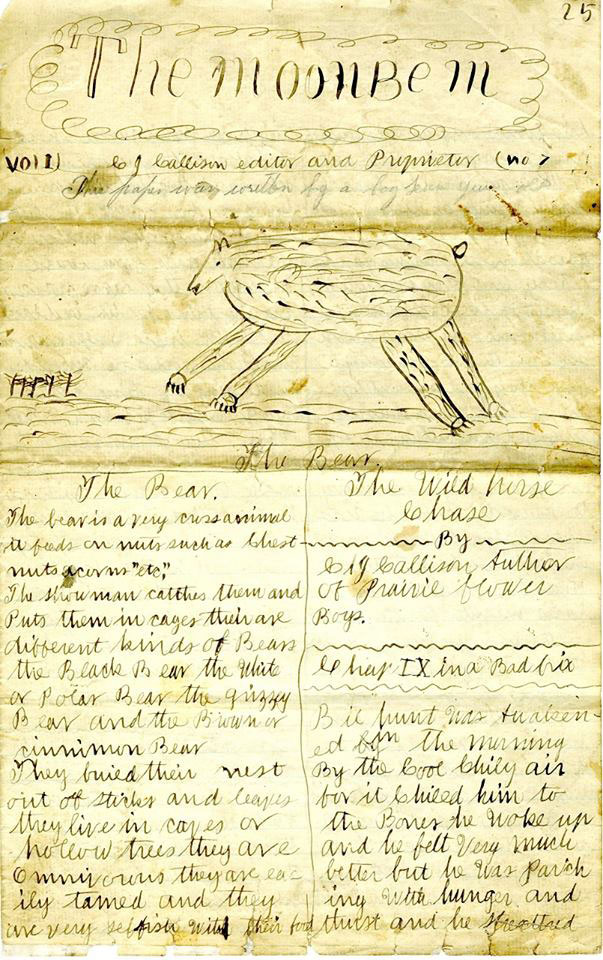 Sometimes the delightfully unexpected shows up in the files.

An NHPRC grant to the Library of Virginia is helping archivists there process the Montgomery County Circuit Court Clerk's chancery records 1777-1912.

While at work on the documents, Sarah Nerney, Senior Local Records Archivist, came across the literary and artistic efforts of Charles J. Callison, aged 7, who created "The Moonbeam" (c. 1869). Discovered in a file cabinet drawer of court judgments and estate bonds, the Callison papers consist of two issues of a handwritten newsletter titled "The Moonbeam," two bound booklets, and a loose sheet of paper.

One of our favorites is the issue dedicated to The Bear. In the "Out of the Box" blog, you can see 20 images of Callison's papers and find out more about the valuable work being done to process the chancery records.