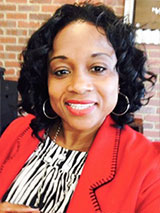 In January, Angela Smith joined the staff of the National Historical Publications and Records Commission as Office Coordinator. In addition to running the show behind the scenes, she also provides assistance to the public, the Members of the Commission, and our grantees. Angela comes to us from the Budget Office at the National Archives, and over the past 10 years, she has held a number of posts in the agency. A graduate of the University of Maryland University College, Angela holds a degree in business administration.

The National Archives grant program, our National Historical Publications and Records Commission (NHPRC), extends the reach of the agency and connects to thousands of collections across the country at state and local governments, colleges and universities, historical societies, and other nonprofit organizations. Over the past 50 years, the NHPRC has awarded grants to projects to document black lives. 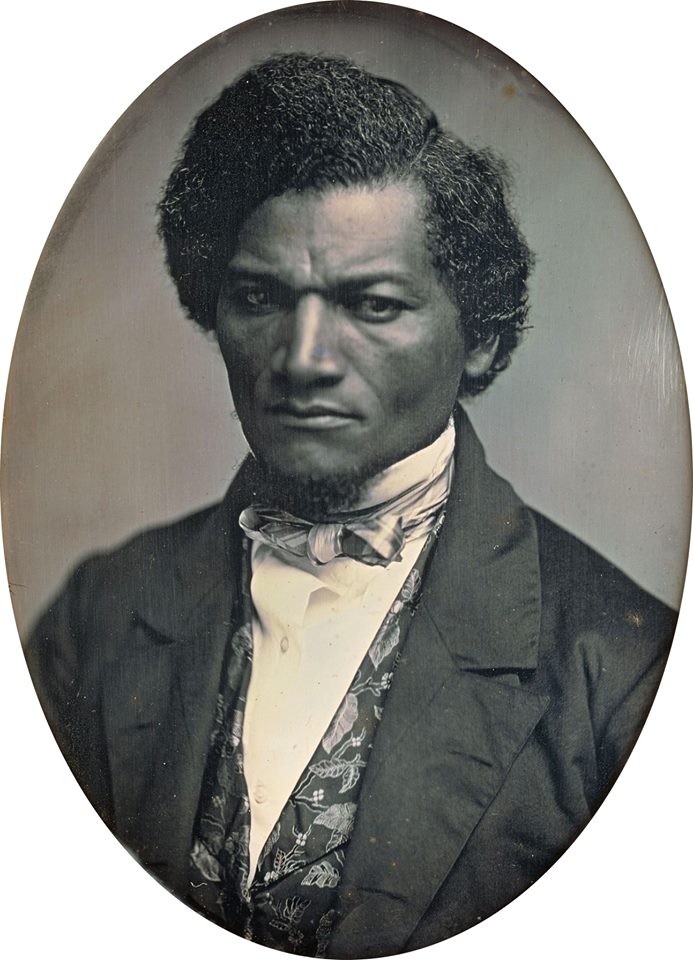 Among the earliest records are those dealing with slavery and the fight for freedom. The Frederick Douglass Papers, the Black Abolitionist Papers, the Race and Slavery Petitions project at the Digital Library on American Slavery, Freedmen and Southern Society, and the the head of the FreedmanÂ’s Bureau and founder of Howard University O.O.Howard Papers projects were all supported with major funding from the NHPRC, and other grants went to the preservation of court and chancery records which deal with landmark events such as the Dred Scott case at the Supreme Court of Missouri and manumission petitions now being digitized by the Maryland State Archives (see below). Following emancipation, the quest for equal rights is documented in the early 20th century records such as Booker T. Washington Papers and a microfilm edition of the W.E.B. Dubois Papers to the latter decades with the papers of such civil rights leaders as Clarence Mitchell, Ted Berry, the archives of Mary McLeod Bethune and the National Council of Negro Women, and the Papers of Martin Luther King, Jr. Archives from the history of Boston Desegregation (some of which are now part of the National Archives DocsTeach site) to the preservation of film interviews from the landmark PBS series Eyes on the Prize are but some of the many collections of interest for students of American civil rights history. 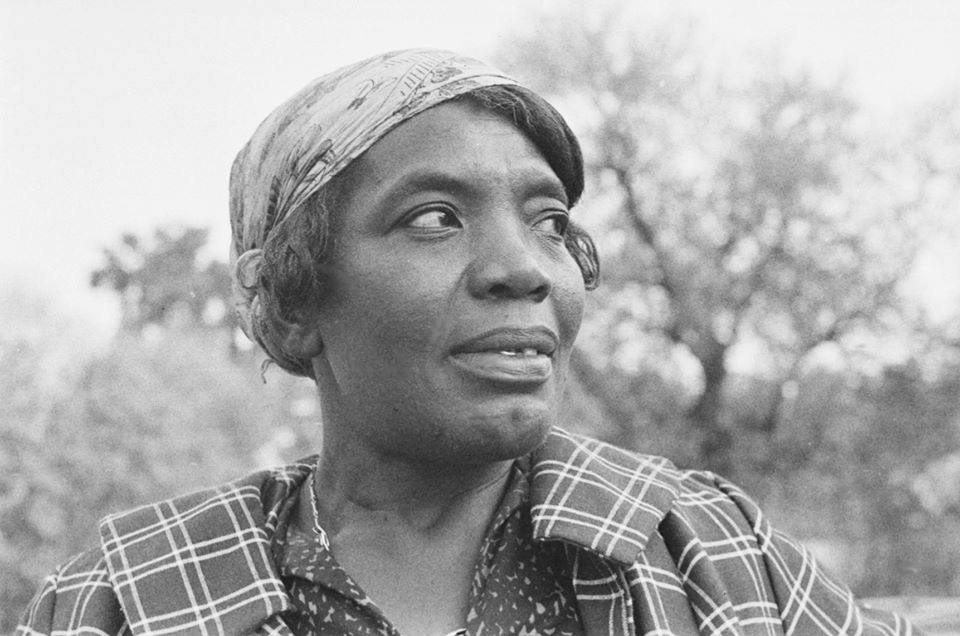 "She was on fire to teach America," folklorist Alan Lomax said. "I call her the Mother Courage of American Black traditions."

"The Lord blessed me not to forget these things," she explained, "and keep them up among people who weren't studying it. White people know our backgrounds, but they're going to try to hold it back and keep us back as long as they possibly can." Guided by the spirit, Jones recognized she had an opportunity to share the stories and songs about little-known aspects of the history of African Americans to others.

In 1963, she teamed up with a group of other singers to form The Georgia Sea Island Singers. She also participated in a prayer band that traveled during the Civil Rights Movement, marching with Martin Luther King in Beulah, Mississippi. It was during these years that Jones worked on her book Step It Down, published in 1972.

Throughout the 1970s, Jones remained active singing with the Georgia Sea Island Singers and performing at inaugurations, in schools, and at festivals throughout the country. In 1982, she was named a National Heritage Fellow by the Folk Arts program of the National Endowment for the Arts.

You can hear Jones deliver an amazing live show on April 9, 1977 at the legendary Freight & Salvage Coffeehouse in Berkeley, California. The performance was recorded and produced by Martha Oelman and Joan Medlin of the WomenÂ’s Recording Group at Pacifica Radio's flagship station KPFA. The program also features an interview with Flora Molton, who played the slide guitar with a knife edge. These programs are being heard for the first time in decades thanks to Pacifica's preservation and access grant project American Women Making History and Culture: 1963-1982, funded in part by the National Historic Publications and Records Commission. 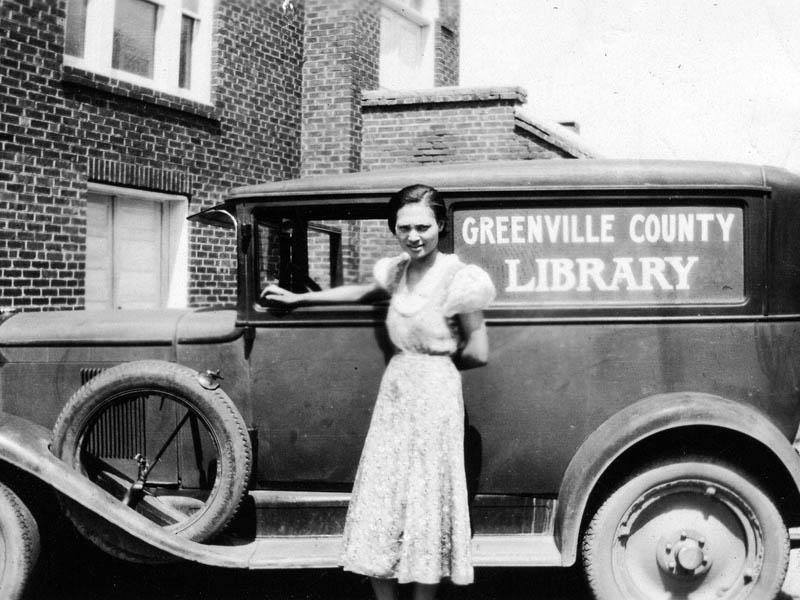 The Auburn Avenue Researcher Libraries in Atlanta received funds from the NHPRC to digitize and make Web-accessible eleven late 19th and mid-20th century manuscript collections that document the historical development of education for African Americans, primarily in the South, from the early 1860s to the early 1950s. One collection is the archives of Annie L. McPheeters, one of the first African American professional librarians in the Atlanta Public Library and an influential proponent of African American culture and history.

Educated at Clark University in Atlanta, she earned a degree in English, with a minor in education in 1929. During the early part of her career, she served as city and county librarian at the Greenville Public Library, where she drove the bookmobile throughout the county's rural areas, seeing first-hand the desire of many African Americans to learn and have access to books. In 1934 she took a job at the Auburn Branch of the Atlanta Public Library as an assistant librarian. She set out to remedy the branch's problems of low library use by developing several initiatives, including the Adult Education Project, and launched the Negro History Collection. Two years later, she was promoted to full librarian, becoming one of the first African American professional librarians in the Atlanta Public Library. Her papers are housed in the Archives Division of the Auburn Avenue Research Library. 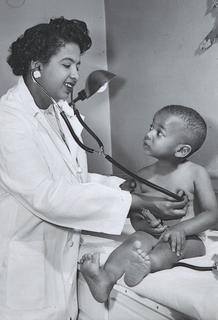 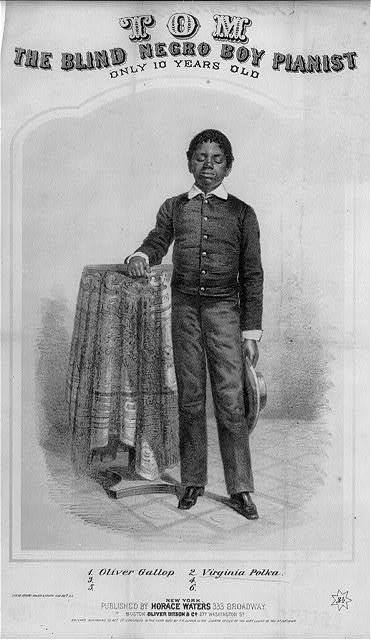 Thomas "Blind Tom" Wiggins (1849 Â– 1908) was an African-American musical prodigy. Born into slavery, he began composing music at age five, and he was hired out at the age of eight years to concert promoter Perry Oliver, who toured him extensively in the US, performing as often as four times a day. He was called the ""human mockingbird" and was said to be able to reproduce songs after hearing them a single time. During the 19th century, he was one of the best-known American performing pianists, performing at the White House for President Buchanan in 1860. Geneva Handy Southall began researching Wiggins during her Ph.D. studies, and she later wrote three books on his life, including Blind Tom: the Post-Civil War Enslavement of a Black Musical Genius (1979). She spent more than 30 years researching Blind Tom's life and music and also made the first recording of his music. Southall was inducted into the Black Musicians Hall of Fame in 1988 and was a former board member of the National Association of Negro Musicians. The NHPRC funded the preservation of Dr. Southall's papers at Emory University. A documentary on "Blind Tom," with contributions by Dr. Southall, is online at Vimeo. 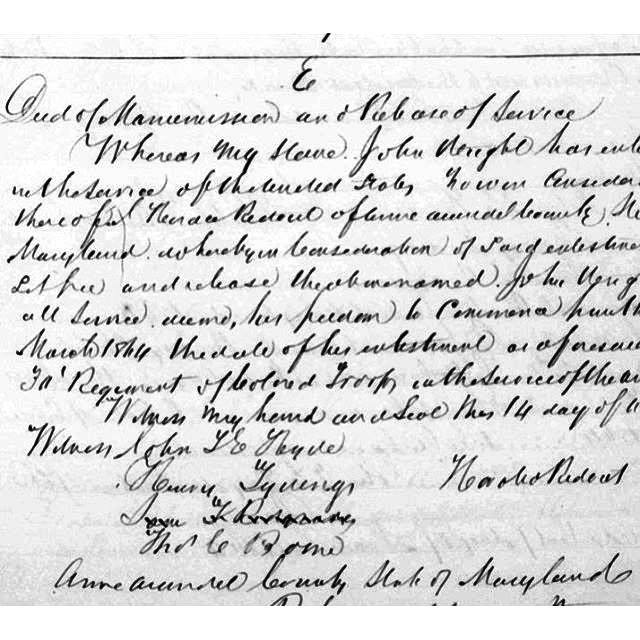 Shown here is the manumission of John Wright. His slaveowner, Horatio Ridout of Anne Arundel County, in consideration Wright's enlistment in the 30th Regiment of Colored Troops set Wright free. He enlisted on March 11, 1864 in the service of the United States. John T. E. Hyde and Henry Tydings witnessed the document before the court. Many slaveowners liberated their slaves to serve the Union. However, there was an incentive for owners to perhaps force this enlistment; they were paid. With a grant from the NHPRC, the Maryland State Archives is undertaking a project to process and digitize 111 series of county records consisting of manumissions and certificates of freedom, issued in 17 Maryland counties and Baltimore City, covering the period 1774-1869.

Under the auspices of the Slavery Commission, the Maryland State Archives is preparing a series of volumes in the Archives of Maryland series relating to the history of slavery in Maryland. You can find out more about the project at http://aomol.msa.maryland.gov/html/commission.html