Archivist of the United States David S. Ferriero has awarded 33 proposals totaling $2,812,416 for projects in 18 states. The National Archives grants program is carried out through the National Historical Publications and Records Commission (NHPRC). A complete list of new grants is available online.

Grants went to 17 documentary editing projects to publish the papers of key American figures, including two new projects—the Papers of Martin Van Buren, eighth president of the United States, and the Complete Writings and Selected Correspondence of John Dickinson, the author of many of the nation’s founding documents.

Three grants went to projects to increase public engagement with historical records.  Dickinson College in Carlisle, Pennsylvania will develop new educational and community programs on records from the Carlisle Indian School (1879-1918). The University of North Carolina will create the Digital Rocky Mount Mills website with records documenting the history of the cotton mills and their place in the region in collaboration with community partners, teacher workshops, and genealogists of African American descent. The Alabama Bicentennial Commission Foundation will use historical records as part of the three-year commemoration of the bicentennial of the state in collaboration with the Alabama Department of Archives & History, the Alabama Department of Education, and the Alabama Learning Exchange.

Providing public access to historical records is the focus of 13 projects, including digitizing papers of major historical figures including labor activist Mike Ross at the Southern Labor Archives at Georgia State University; journalist and Republican activist W.D. Workman, Jr. at the University of South Carolina; Connecticut Revolutionary War veteran Elijah Boardman at the Litchfield Historical Society; and George Moscone, activist and mayor of San Francisco at the University of the Pacific. The Society for the Preservation of New England Antiquities will digitize the papers of military engineer Thomas Lincoln Casey and his son, responsible for the construction of several landmark buildings in Washington, DC. The Hagley Library and Museum will make more broadly accessible the papers of designers Ken White and Marshall Johnson. Berkeley’s Environmental Design Archives will put online records documenting California’s Sea Ranch community, and Cal State-Pomona will make several key collections available. Early Land Records documenting colonial and early American property will be made accessible through the Genealogical Society of New Jersey. Archiving arts projects include La MaMa Experimental Theatre Club; the Storefront for Art and Architecture; arts space AS220 at the archives of the Providence Public Library; and WNET’s “American Masters” Digital Archives. 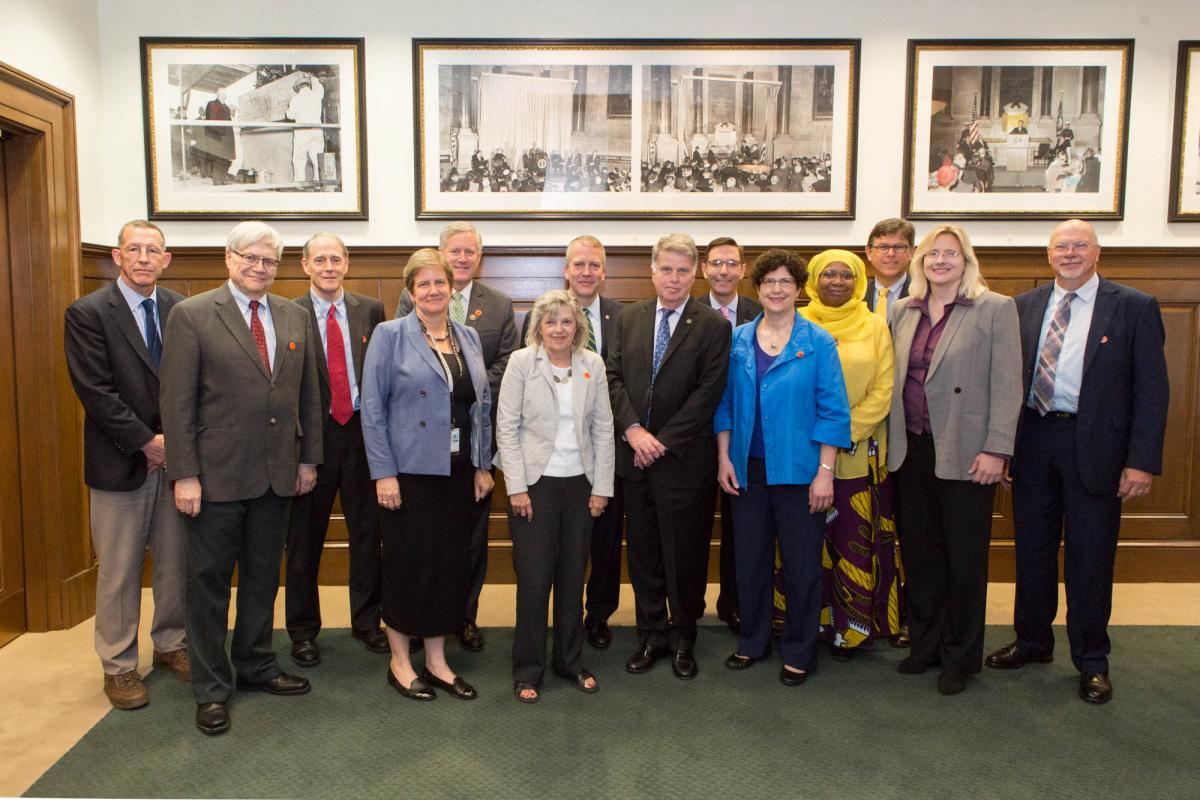 Commissioners at the May 2017 meeting

(In partnership with the Mellon Foundation) For projects to develop cooperatives to support the digital publication of documentary and scholarly editions. "In no nation, by no Legislature, was ever so much done in so short a period for the establishment of Government, Order, ... & general tranquility." John Trumbull to John Adams, March 20, 1791

Huzzah! We celebrate the completion of the Documentary History of the First Federal Congress, a project at the George Washington University to draw on multiple collections to recreate a true record of the work of the first Congress. 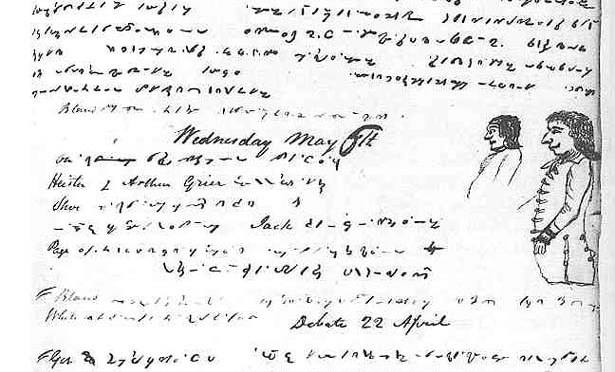 In short order that Congress in New York City took up the monumental task of organizing itself, choosing staff, defining rules and procedures, deciding whether sessions should be open or closed. They laid the groundwork for the operation of the new Executive and Judicial branches and figured out how to pay for the new government, particularly the Revolutionary War Debt. The first Congress resolved the question of where to situate the Nation’s Capital after much tense debate recorded in the edition. Perhaps most importantly, the new Congress took up a core issue that had plagued the ratification of the Constitution: the question of a Bill of Rights.

That First Federal Congress was the final chapter in the American Revolution, stretching from the radical protest against British rule, lit by the Declaration of Independence, and codified in the Constitution.

D-Lib and the National Digital Platform

The May/June issue of D-Lib Magazine, dedicated to digital library research, is devoted to the idea of a National Digital Platform, a framework to guide the development of a shared digital infrastructure for U.S. libraries and archives. Our colleagues at the Institute of Museum and Library Services have written an introduction to how libraries might advance the National Digital Platform, and there are articles on Building Equitable Digital Communities, Expanding Digital Cultural Heritage Capacities, and Opening Scholarly Communications.

In their editorial calling for a National Digital Platform, IMLS staff write, "As libraries and archives increasingly preserve and provide access to digital information, opportunities increase for collaboration around the tools and services libraries employ to meet user needs. Cultural institutions around the country can leverage and benefit from shared digital services and systems. A focus on developing and sustaining shared infrastructures is a key element of much NDP work, as well as ensuring that those tools, services, and systems exemplify library principles."

In November 2015, Stanford Libraries, with partners University of Illinois Urbana-Champaign, Harvard University, University of California, Irvine, and Metropolitan New York Library Council, received three years of funding from the Institute of Museum and Library Services to advance the formation of a national digital platform by further developing ePADD. This article provides background on the need for the ePADD software, identifies how ePADD contributes to the national digital platform, informs on the work completed, highlights the ways in which ePADD is being adopted by the community, and identifies next steps and areas for future project development. 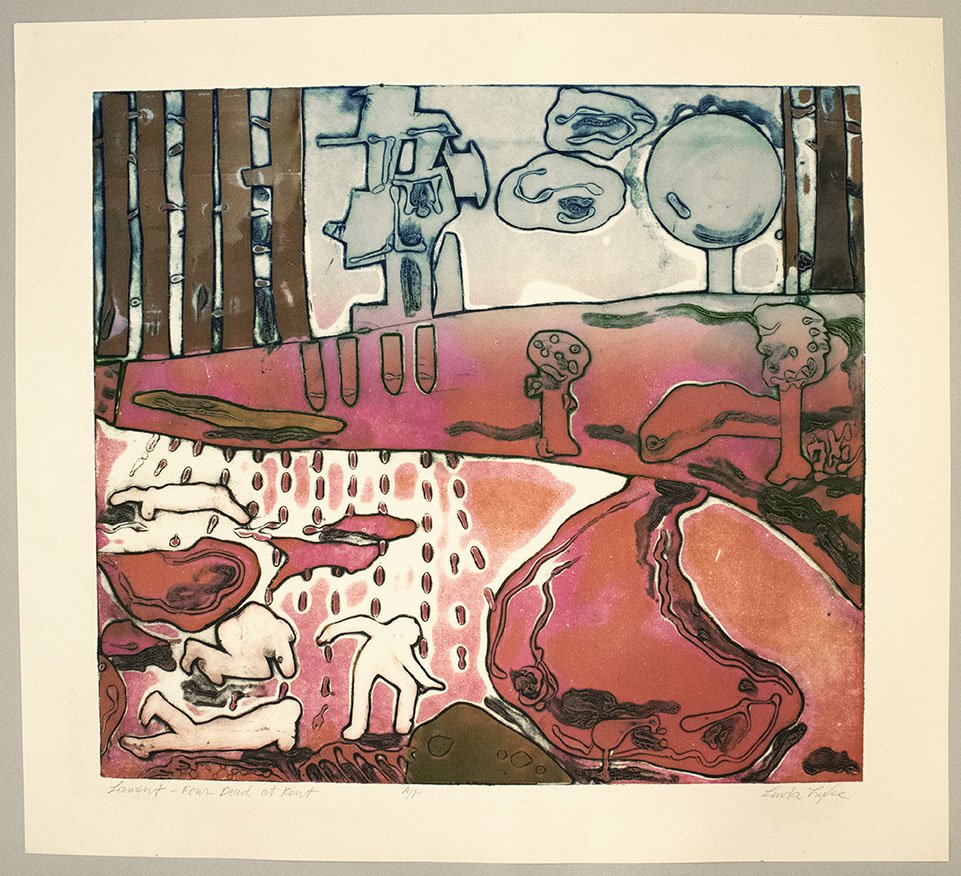 An NHPRC grant to Kent State University is supporting the digitization of 72,550 pages documenting the events that led up to the May 4, 1970 Kent State shootings, which occurred during protests against the Vietnam War, and its aftermath. Members of the Ohio National Guard fired into a crowd of Kent State University demonstrators, killing four and wounding nine Kent State students.

The May 4 Collection, established by the KSU Libraries in June 1970, includes over 300 cubic feet of primary sources related to the Kent State shootings and their aftermath. The collection includes materials reflecting a multitude of viewpoints from a variety of sources. It contains correspondence, memos, administrative files, faculty papers, newspaper clippings, legal papers, official publications, as well as flyers, posters, and other ephemeral publications.

An oral history project, started in the 1970s, is also part of the collection; it also attempts to capture a variety of viewpoints and narratives related to this historical event and thus includes oral histories from community figures, KSU faculty, staff, administrators, students, members of the Ohio National Guard, wounded students, and others whose lives were affected by the shootings.

Congratulations to Cornell's Kheel Center for Labor-Management Documentation and Archives for digitizing 100 years of labor contracts from the 1880s to the 1980s and putting them online at http://digitalcommons.ilr.cornell.edu/blscontracts2/.

Putting the digitized collective bargaining agreements online has real results. During the 10 years before the project, the print versions were used 120. From December 2014 when the first batch of contracts were uploaded, to March of this year, the contracts had been used 18,889 times. That's the power of digitization for archival collections. 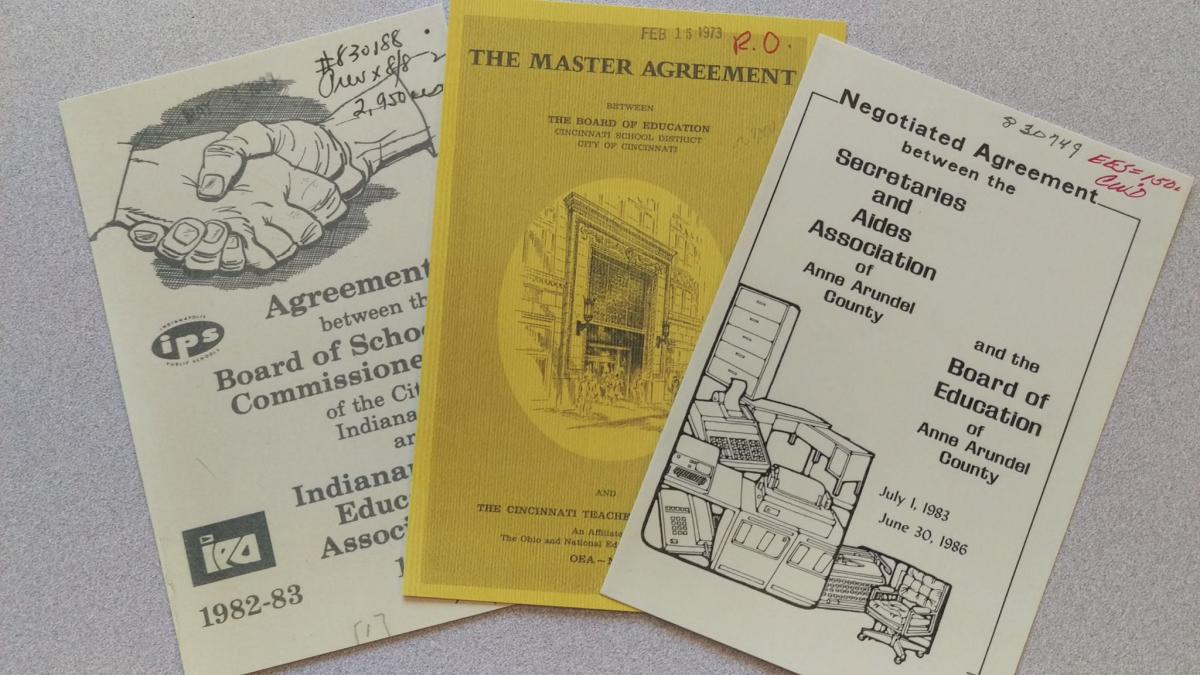 The backstory of the project is fascinating as well. Beginning in 1947 the Bureau of Labor Statistics (BLS) acted under the mandate of the Taft-Hartley Act, also known as the Labor-Management Relations Act, to solicit collective bargaining agreements (CBAs) and make them publicly available. In 2003, the Kheel Center for Labor-Management Documentation and Archives entered into a donation agreement with the BLS, for the complete historical collection of the BLS Collective Bargaining Agreements File which was then housed at the National Archives and Records Administration. The agreement was updated when collecting responsibility moved to the OLMS, and CBAs are now routinely transferred from that office to the Kheel Center roughly 5 years after their expiration date.

The Lost State of Franklin

On May 29, 1785, James Madison sent a letter to James Monroe about, among other matters, the importance of the back country to the new confederacy of the United States. Madison mentions Kentucky and a mysterious rumor of another new state:

"I have lately heard that the Kentucky Delegates will be instructed to propose to the next Session, the separation of that Country from this, and its being handed over to Congress for admission into the Confederacy. If they pursue their object through this channel, they will not only accomplish it without difficulty, but set a useful example to other Western Settlemts. which may chuse to be lopped off from other States. My information as to this matter is not authentic, but such as I am inclined to believe true. I hear also that a State is actually set up in the back Country of N. C. that it is organized, named, and has deputed representatives to Congress."

It wasn't the first time Madison had written about the back country of North Carolina and the State of Franklin, which had been created in 1784 in the land west of the Appalachians in what is today eastern Tennessee. North Carolina had voted to cede 29 million acres its western counties to the federal government to offset its war debts. But the Congress, under the Articles of Confederation, could not achieve a two-thirds majority that would have allowed Franklin to join as the 14th state.

Over the next few years, the territory petitioned for statehood, and eventually operated as a separate de facto republic, until collapsing entirely by 1789 and rejoining North Carolina. The following year, the western lands were ceded again to join what was to become the state of Tennessee in 1796. (Following Vermont and Kentucky as the 16th state.) You can read more about the State of Franklin at the North Carolina History Project.

You can read more about the State of Franklin by searching that term in Founders Online, or see the rest of Madison's letter--which includes another strong defense of the separation of church and state at http://founders.archives.gov/documents/Madison/01-08-02-0156

The San Diego Air and Space Museum is home to over 200,000 images that document the history of the Atlas missile which was developed and manufactured in San 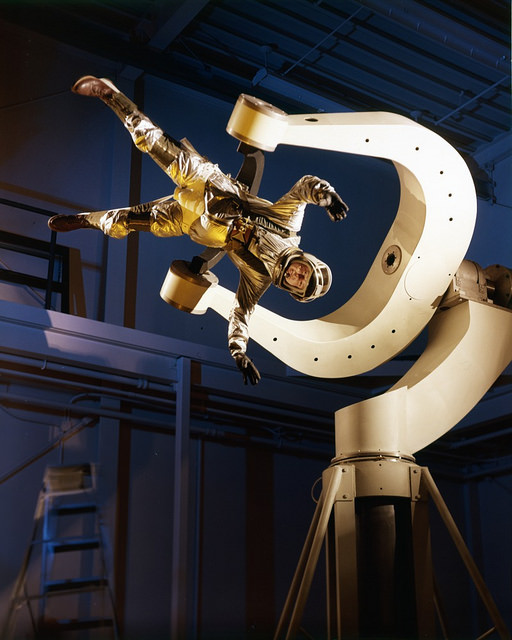 Diego. The Atlas was America's first Intercontinental Ballistic Missile and also one of the most significant space launch vehicles in our history.

In 2015 the San Diego Air and Space Museum received a two-year Federal grant from the National Historical Publications and Records Commission to process and catalog 165,000 of the collection's images, and digitize and place 50,000 of them online. Here is a shot from the astronaut testing on the Life Sci binder; 6 degree simulator. You can check out the rest on Flickr.