Archivist of the United States David S. Ferriero will award 29 grants totaling $2,585,796 to projects in 22 states and the District of Columbia, pending appropriations of a final budget for FY 2020. The National Archives grants program is carried out with the advice and recommendations of the National Historical Publications and Records Commission at its November meeting. A complete list of grants is at http://www.archives.gov/nhprc/awards/awards-11-19. 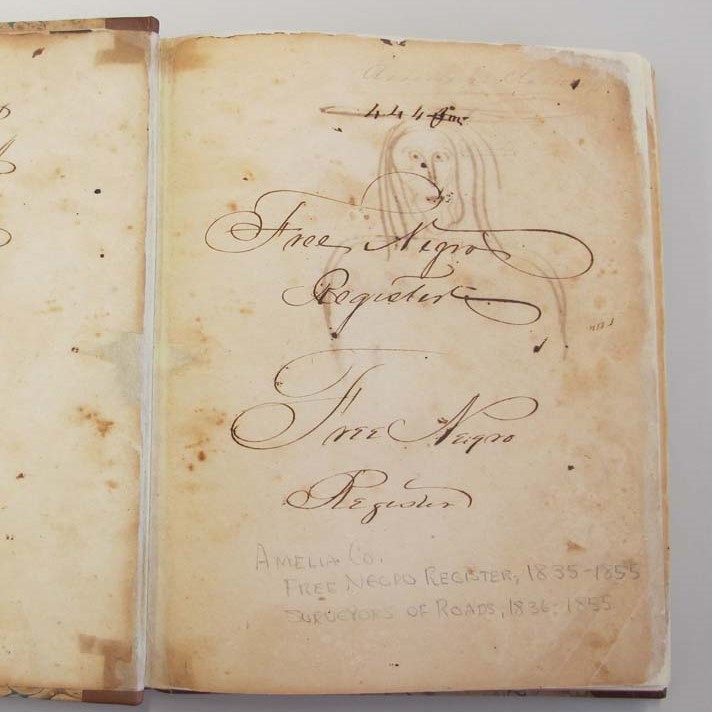 One of the Major Initiatives will digitize Registers of Free Blacks (such as this one). Courtesy, Library of Virginia

Through its Major Initiatives program to assist archives and historical records repositories to collaborate and take on large-scale challenges, three projects will be awarded:

Unified Court Systems of New York State to support digitizing and making available freely online over 400,000 naturalization records (1794-1952) from the boroughs of Queens and the Bronx. The project will work with the New York City Public Library’s Queens and Bronx branches and with history students recruited by St. John’s University to transcribe additional metadata.

Library of Virginia to support a project to enhance the website Virginia Untold: the African-American Experience by adding digitized Registers of Free Blacks (1793-1865) from 19 localities in the Commonwealth, along with five additional Registers held by Arlington County. In addition, the project will arrange, describe, and digitize records relating to free blacks from the City of Richmond.

Publishing grants will go to nine publishing projects: the papers of John Adams and the Adams Family, James Madison, Eleanor Roosevelt, Presidential Recordings, Clarence Mitchell, Jr., Civil War Governors of Kentucky, the John Dickinson Writing Project, and the Documentary History of the Ratification of the U.S. Constitution and Adoption of the Bill of Rights. A new project to publish the Correspondence of Presidents Zachary Taylor and Millard Fillmore was also funded. A previously deferred grant in the Access to Historical Records program was also recommended for funding. Fifteen grants went to state historical records advisory boards to carry out their mission to strengthen the nation’s archival network.

The 15-member Commission includes representatives from all three branches of the Federal government as well as the leading archival and historical professional associations. The Archivist of the United States David S. Ferriero is its Chairman, and Christopher Eck is the Executive Director. Since it was established in 1934 with the National Archives, the NHPRC has recommended 5,000 grants for preserving, publishing, and providing access to the nation’s historical documents.

This program has two phases.

You must have been invited to submit a Final Proposal. This program has two deadline options.​

According to the George Washington University newspaper:

“More than 3,000 users have taken advantage of a tool GW Libraries officials created to help researchers archive and analyze social media posts over the past six years. 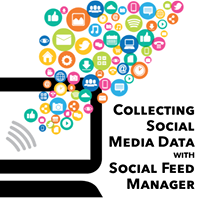 Developed in 2013 by a group of software developers, archivists and librarians, the Social Feed Manager collects data from Twitter, Tumblr, Flickr and Sina Weibo – a Chinese blogging website – and exports and organizes the data for researcher use. The tool has helped researchers obtain hundreds of thousands of social media posts they can use to study, according to the Social Feed Manager website."

The NHPRC is proud to have supported the development of the Social Feed Manager. You can read more about it at the George Washington Hatchet hand jump straight to the site at https://gwu-libraries.github.io/sfm-ui/

Best of all, it's open source! 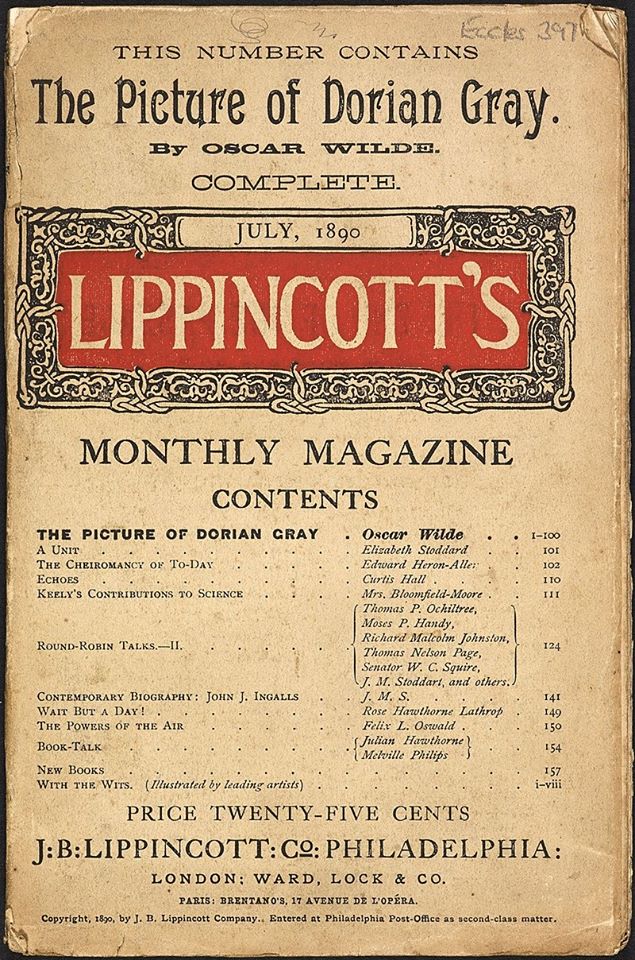 In August 1889, J M Stoddart, managing editor of the Philadelphia-based Lippincott’s Monthly Magazine, hosted a dinner in London for Oscar Wilde and Arthur Conan Doyle. Planning on branching Lippincott's to the UK, Stoddart solicited stories from the two authors.

In February 1890 Lippincott's published Conan Doyle’s second Sherlock Holmes novel, "The Sign of the Four." And in July, they published Wilde's eerie novel, "The Picture of Dorian Gray," the story of a man who never ages while the painting does. 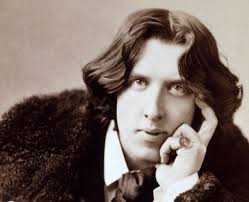 A grant from the NHPRC to the Historical Society of Pennsylvania to process and preserve 140 linear feet of manuscript and published materials from the J.B. Lippincott Co. Papers collection. The J.B. Lippincott & Company started in 1836 publishing religious works, eventually expanding into other genres particularly medicine. In addition to their publishing business, Lippincott operated a printing and bookbinding factory.

The J.B. Lippincott Company records (1851-1958) consist of 94 boxes and 98 manuscript volumes, totaling 140 linear feet of archival material, including 528 letterpress books of correspondence). The collection also includes approximately 430 books published by the Company. Lippincott's Monthly Magazine was a 19th-century literary magazine published in Philadelphia from 1868 to 1915, when it relocated to New York to become McBride's Magazine. It merged with Scribner's Magazine in 1916.

You can read the Finding Aid at https://hsp.org/sites/default/files/legacy_files/migrated/3104lippincottinventory.pdf

The Correspondence of James K. Polk

Born in North Carolina in 1795, James K. Polk later moved to Tennessee where he practiced law and entered politics, eventually becoming a protégé of fellow Tennessean Andrew Jackson. Polk—later dubbed “Young Hickory” due to his relationship with “Old Hickory”—served as Speaker of the U.S. House of Representatives from 1835-1839, leaving to become Tennessee governor. In 1844 Polk became the unexpected Democratic nominee for president, after nine ballots at the convention, a feat widely believed to have occasioned the first usage of the term “dark horse” candidate.

His presidency was marked by controversy, particularly with efforts for national expansion and the Mexican-American War, and the question of slavery in the new territories would haunt the country for years to come. He campaigned on the promise of serving only one term, and worn by his term in office, he died a few months after leaving Washington in 1849. 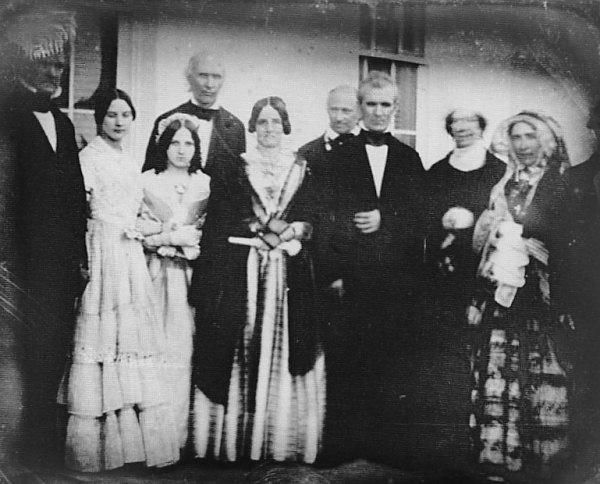 The Polks on the portico of the White House alongside Secretary of State James Buchanan, and former first lady Dolley Madison.

The Correspondence of James K. Polk documentary history spans Polk’s entire public and private life: his student years at the University of North Carolina; his careers as a slave-owner, planter, and lawyer; his political life in Tennessee state politics and the U.S. House of Representatives; his ascent to the White House; the four years of his presidency; and the brief retirement that preceded his death.

Since beginning its work in 1958, the project has published thirteen volumes of the Correspondence of James K. Polk. All are held by numerous libraries and are available for purchase. They also are available online for free. In 2019 the project completed work on volume 14, which covers the last year of Polk’s presidency and his brief retirement. It will be released in the fall of 2020. In the meantime, you can read most of the letters for that volume, without annotation, online. 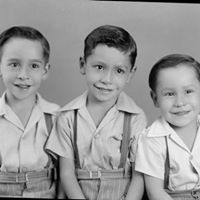 These fine young men are David, Felipe, & Daniel Tarango, in a photo taken in 1942 by the Casasola Studio in El Paso, Texas. At the Library of the University of Texas at El Paso, the C.L. Sonnichsen Special Collections is undertaking a crowdsourcing project to help identify unnamed individuals featured in the images from their Casasola Studio photograph collection. Not only does the collection of photos highlight the people and culture of Texas, but the Library has enhanced the value of the images by partnering with the community for biographical and historical information. In so doing, members of the general public have contributed narrative context to the collection and connected personal history with the greater purpose of archives work.

The Texas Historical Records Advisory Board (THRAB) named the C.L. Sonnichsen Special Collections at the University of Texas at El Paso Library and Brenda Linke Fisseler, former volunteer with Lavaca County, have been chosen to receive its 2019 Archival Award of Excellence. Ms. Fisseler helped coordinate an initiative to rescue, preserve, properly house and facilitate access to historical records documenting the county that led to the creation of the Lavaca County Archives. The award recognizes significant achievements in preserving and improving access to historical records in any format by a Texas archival institution and individual.

THRAB serves as an advisory body for historical records planning and supports efforts to preserve and provide access to archival collections throughout the state and is supported by the NHPRC. For more information on the Archival Award of Excellence or other THRAB activities visit www.thrab.org.

Everyone knows the story of Bambi, most likely from the Disney film, but the original novel is seen by many critics as an anti-fascist allegory. Bambi was banned in Germany by the Nazis in 1936 as “political allegory on the treatment of Jews in Europe.”

The book was originally published in Austria as Bambi: Eine Lebensgeschichte aus dem Walde by Felix Salten in 1923. Five years later, an English version appeared under the Simon & Schuster imprint, with the translation by Whittaker Chambers (yes, that Whittaker Chambers). 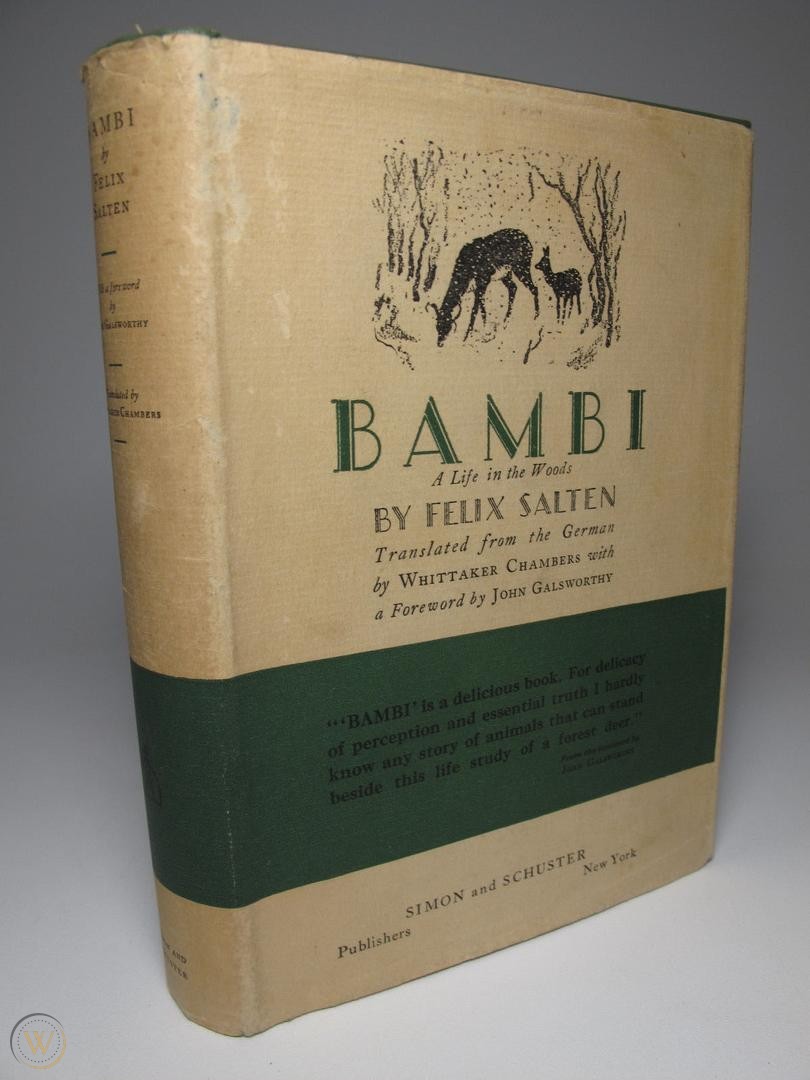 The illustrations for the North American version were by Kurt Wiese (1887 – 1974), who himself had a most interesting life. As a young man, Wiese moved to China where he lived for six years, and at the outbreak of World War I, he was captured by the Japanese, and spent five years in an internment camp in Australia. After the war, he moved to Brazil, and in 1927, he immigrated to the United States. In 1930 he moved to a farm in Kingwood Township, New Jersey, where he spent the rest of his life, publishing 20 children's books and illustrations for another 300 by other others. He received both the Caldecott and Newbery Awards for his work.

The NHPRC is funding a project at the University of Oregon to provide access to the work of three collections of prominent children’s literature writers and artists. In addition to Wiese, the archivists will work on the papers of Edwin Tunis and Kurt Werth, illustrator and writer. The project will update EAD finding aids, create collection-level MARC records, digitize 150 illustrations and manuscripts for an online exhibitions, and mount two exhibits at the Eugene Public Library. You can read more about it on the SCUA blog.

You can also see many of Wiese's book covers online. As for how the connection of Bambi and Whittaker Chambers, the American journalist and principal figure in the Alger Hiss case, the mystery is quite simple. Chambers was pals with an editor at Simon & Schuster.