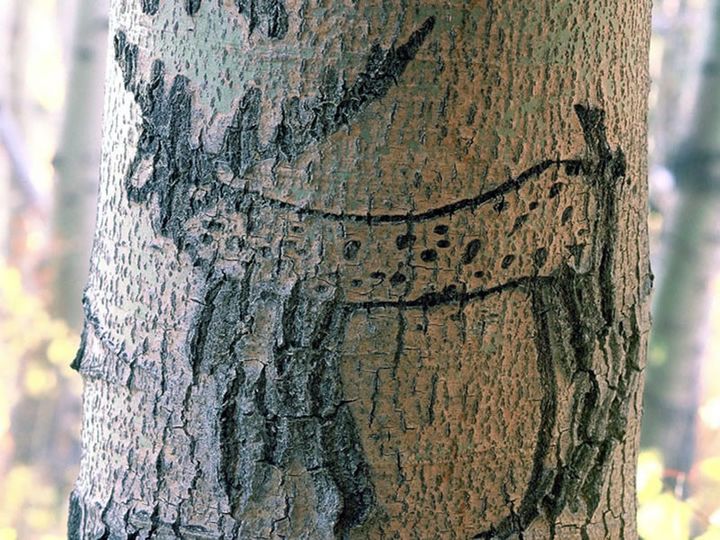 Carving of a deer on the trunk of an aspen in the eastern Cascade Mountains, Lassen National Forest. Photo by T. Rickman, U.S. National Forest Service

Acting Archivist of the United States Debra Steidel Wall approved 31 proposals totaling $1,904,539 in National Archives awards for projects in 25 states and the District of Columbia, pending appropriations of a final budget for FY 2023. The National Archives grants program is carried out with the advice and recommendations of the National Historical Publications and Records Commission (NHPRC). A complete list is available online at https://www.archives.gov/nhprc/awards/awards-11-22.

Publishing Historical Records - $522,740 for four projects that document major historical figures and important eras and social movements in the history of the nation: John Adams and Family Papers; Civil War Governors of Kentucky Digital Edition; Correspondence of Zachary Taylor and Millard Fillmore; and the Documentary History of the Ratification of the U.S. Constitution & Adoption of the Bill of Rights 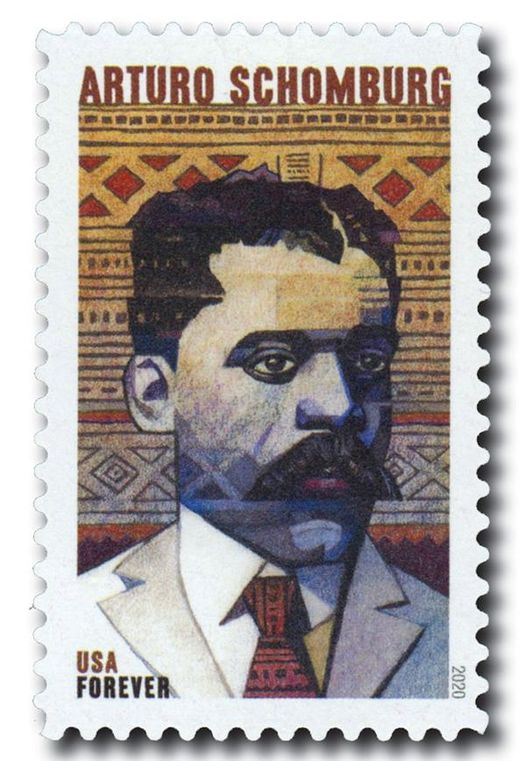 A $120,000 NHPRC-Mellon Planning Grants for Collaborative Digital Editions in African American, Asian American, Hispanic American, and Native American History and Ethnic Studies will go to Fisk University in Nashville top support a two-year planning grant to develop a collaborative digital edition, Remaking the World of Arturo Schomburg in collaboration with the New York Public Library’s Schomburg Center for Research in Black Culture. Schomburg (1874-1938), a historian, writer, and activist of Puerto Rican and German descent, became one of the most important collectors of Afro-Latin American cultural heritage in the United States.

A Major Collaborative Archives of $330,253 will support the University of Central Florida’s People, Religion, Information Networks, and Travel (PRINT) project to create a curated digital repository of 2,700 letters written by Anabaptists, Quakers, and Pietist refugees to the American Colonies (1630-1730) from five repositories in the United States and Europe.

The NHPRC will award $325,152 to four planning grants and three implementation grants for Archives Collaboratives. Planning Grants will be awarded to collaboratives at the New York Folklore Society, Civil Rights collections in Alabama, the National Native American Boarding School Healing Coalition, and a partnership among Basque history collections in Nevada and California. Implementation Grants will be awarded to Archivists for Congregations of Women Religious, a consortia of the Internet Archive’s Community Web Programs, and the Ka Ipu Makani Cultural Heritage Center in Hawaii to create a Molokaʻi Community Repository, including digitizing 12,000 records from collaborating repositories and community collections, on the small rural island of Molokaʻi.

An additional $606,394 in 18 State Board grants will go to state historical records advisory boards to carry out programs that assist smaller archives, provide workshops and educational tools, and provide statewide archival services. 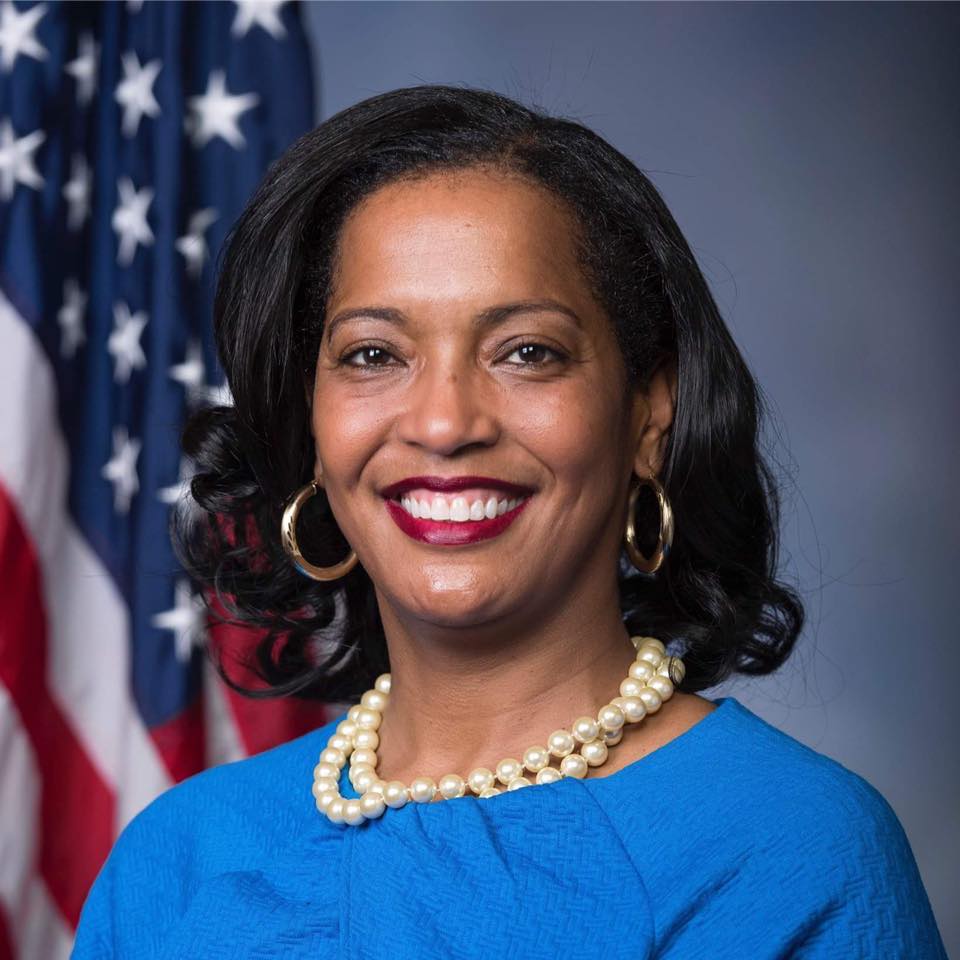 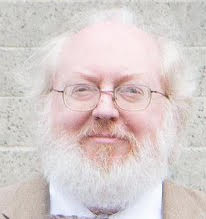 Dan Stokes, the long-time director of the State Programs, will retire in mid-December after 35 years of dedicated service to the Commission. Over the past dozen years, he has run the State Programs, our primary mechanism for partnership with state historical records advisory boards, state archives, and the Council of State Archivists. The variety of projects at the state level is astonishing–from regrants for smaller repositories to workshops for archivists, from public programs to traveling archivists. In addition, he successfully launched the Archives Collaborative program. Over his tenure, he has shepherded hundreds of projects, from Native American records to religious history records. In the “News from the Field'' section below, we gratefully cite just a handful in Dan’s portfolio.

At the November 17, 2022 meeting of the Commission, the following resolution was passed by unanimous consent:

"DANIEL A. STOKES, DIRECTOR FOR STATE PROGRAMS, joined the staff of the National Historical Publications and Records Commission in 1987, and will retire after 35 years of service to the National Archives. He is the senior member on staff and might boast the longest continuous tenure in the history of the federal agency. He graduated from the University of Cincinnati, where he studied architecture and history with a focus on urban history and historic preservation.

Over the years, Dan has assisted in virtually every area of the Commission's work, specializing in records involving local government, Native American history, architecture, and religious organizations. After serving as a program specialist, he was named Director of State Programs in 2009. Under his leadership, the NHPRC strengthened its ties to state historical records advisory boards as well as to archival collaboratives. Under his watch, the states have had a champion for their work through workshops, training programs, traveling archivists, and regrants to small repositories.

Dan is well-known for his wry humor and encyclopedic knowledge of the NHPRC and the broader field of archival science. Through it all, he has been conscientious, meticulous, and a hidden force behind much of the daily business of the Commission. In many ways, he is our institutional memory and has proven a bellwether for archives all across the nation. Dan will be very much missed, and, with our sincere respect and affection, the Commission thanks him for his dedicated service and myriad contributions to its programs."

For projects to publish documentary editions of historical records. This program has two application cycles. 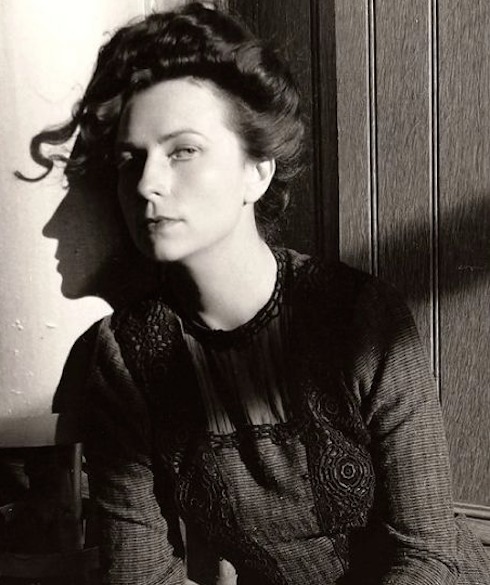 One of our favorite witches was Agnes Moorehead (1900-1974) who played Endora on the old "Bewitched" television program, but she was much more than that deliciously wicked character. Agnes really did not care for her role, but it paid the bills. We prefer her in something like "The Magnificent Ambersons," shown here.

After graduating from Muskingum College in 1923, Moorehead went on to study at the University of Wisconsin and the American Academy of Dramatic Arts in New York City, where she graduated with honors. In 1937, she joined Orson Welles’s Mercury Players, and made her film debut as the mother of Charles Foster Kane in Welles’s "Citizen Kane" (1941). Her next film with Welles, "The Magnificent Ambersons" (1942), garnered her first Academy Award nomination for her role as Aunt Fanny (she was nominated three more times for "Mrs. Parkington" (1944), "Johnny Belinda" (1948), and "Hush...Hush, Sweet Charlotte" (1964). A performer on the popular radio drama "Suspense" and a veteran of stage and screen, she twice won a Golden Globe award and was nominated seven times for an Emmy.

A grant from the Ohio Historical Records Advisory Board through the NHPRC regrant program helped Muskingum University improve access to their collections, including the papers of Agnes Moorehead, who donated half of her papers and memorabilia to their archives.

The University of Wisconsin holds another set of Moorehead's records at https://search.library.wisc.edu/catalog/9911124443202121 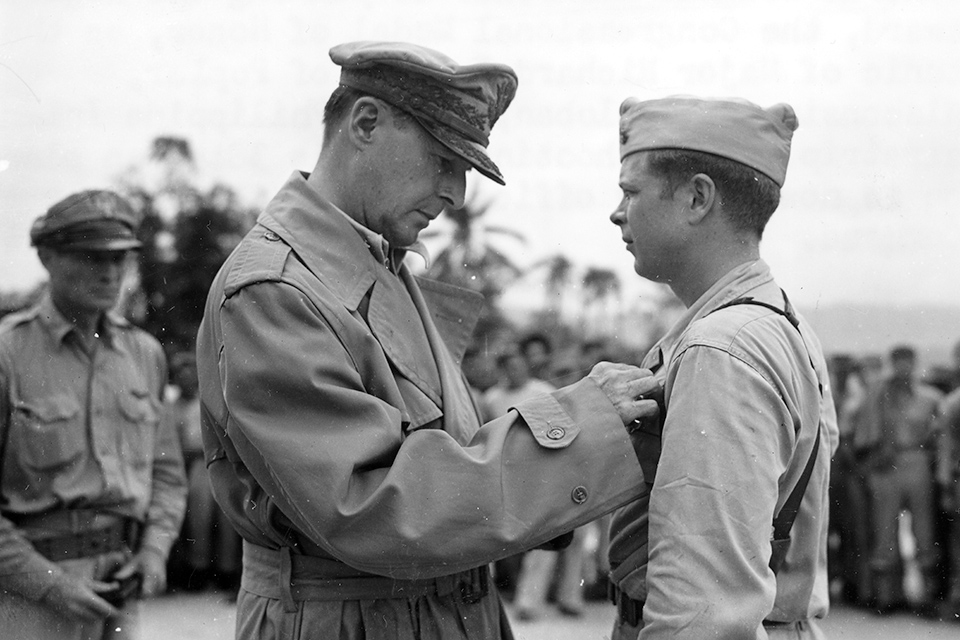 General Douglas MacArthur presents the Medal of Honor to Bong in December 1944. After Bong scored two more victories on December 15 and 17, bringing his total to 40, General George C. Kenney ordered him home for the last time. (National Archives)

Pictured here are General Douglas MacArthur presenting Major Dick Bong with the Congressional Medal of Honor on December 12, 1944 at Tacloban Airfield, Philippines. During the awarding ceremony, General MacArthur said that Dick earned the medal “for conspicuous gallantry and intrepidity at the risk of his life above and beyond the call of duty in action in the Southwest Pacific area from 10 October to 15 November 1944 […] His aggressiveness and daring resulted in his shooting down eight enemy airplanes during this period.” In total, Bong flew 207 combat missions over the course of his three tours. He was known as the Ace of Aces.

In the mid-19th century, Basques joined throngs of other young men from around the world seeking their fortune in the American west, often finding work as sheepherders. To pass the time on long lonely summer days in the high country, Basque sheepherders carved "arborglyphs" on aspen trees.

Found primarily in Idaho, California, and Nevada, these tree carvings provide insight into Basque culture in the United States. Documenting the arborglyphs opens a window into the lives of these immigrants while providing researchers, students, family members, artists, and the public access to these often-overlooked groups of people. The carvings cover a spectrum of topics: sports, politics, religion, love, work, and home. There are carvings of crosses, boats, well-known sayings, and short poems. Forming a collaborative exemplifies the Basque concept of auzolan (ow-so-lawn); auzo means neighborhood and lan means work. It is a traditional practice in Basque communities for neighbors to work together to accomplish a project that they could not complete individually.

The Basque sheepherders skillfully carved without injury to the living tree. Irresponsible carving can cause injury that can then reduce the lifespan of the tree. The Forest Service reminds us that it is illegal to carve on aspens in national forests and grasslands.

Through an NHPRC planning grant, the University of Nevada, Reno and others are aiming to form The Arborglyphs Collaborative with three primary goals: 1) building a network of organizations and individuals, 2) creating protocols for documenting the carvings, and 3) creating a framework for public access.

Many academic, government, nonprofit, and public groups are interested in arborglyphs and they will be contacted about becoming involved with the collaborative. Small institutions will be included in this effort so that their perspectives and needs are considered. Twenty-five potential partners have already been identified. Key local partners in each of the states where field trips will be conducted have been identified: the Basque Museum and Cultural Center, Boise, Idaho; the Northeastern Nevada Museum, Elko, Nevada; and the Kern County Museum, Bakersfield, California. The local partners will be asked to identify other under-represented archives and communities. The goal is to be in touch with at least 50 institutions.

You've got a friend in Pennsylvania. 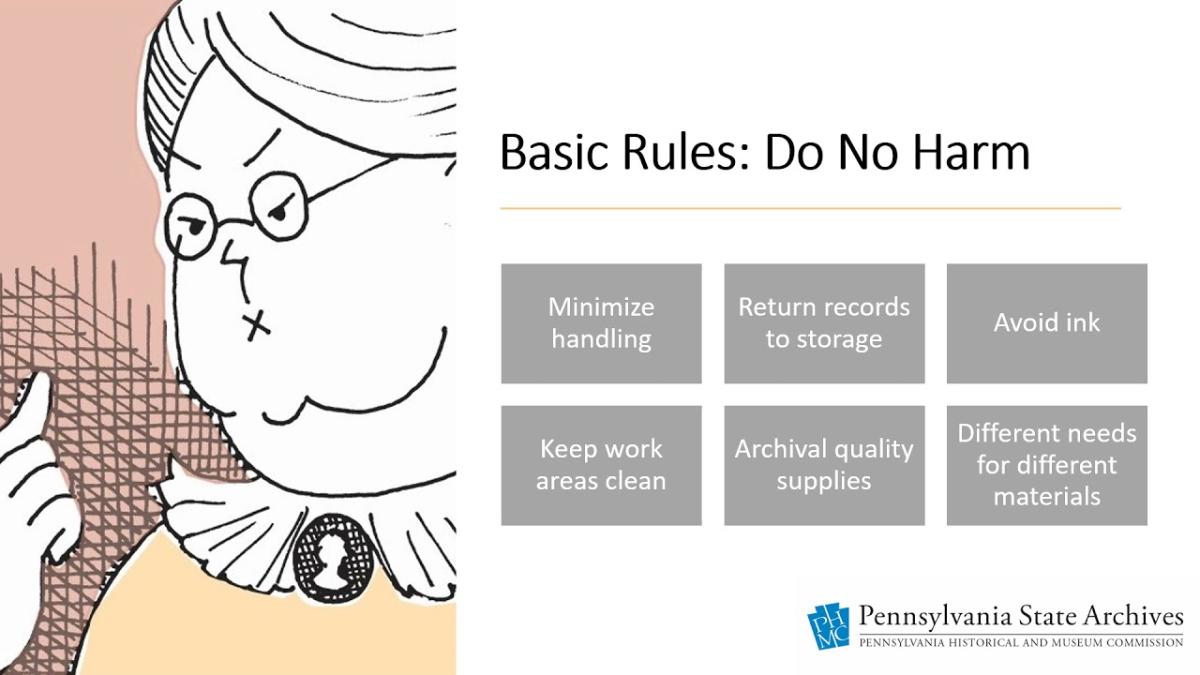 One of our favorite characters created by a state historical records advisory board is Aunt Edna, who has helped thousands of people understand the fundamentals of historical records preservation and processing. Not to mention gently reminding us to "do no harm." With support from the NHPRC, the Pennsylvania Board has also created a series of  Archives Without Tears (AWOT) workshops offered throughout the state.

And through the wonder of YouTube, these baseline courses are available worldwide at:

Over the last decade, the New Mexico Historical Records Advisory Board, in partnership with the NHPRC, has provided 155 regrants to local and tribal governments, state  agencies, community libraries, museums, and other non-profit records repositories.  Approximately 70 percent of these regrant recipients were using professional standards for the first time. 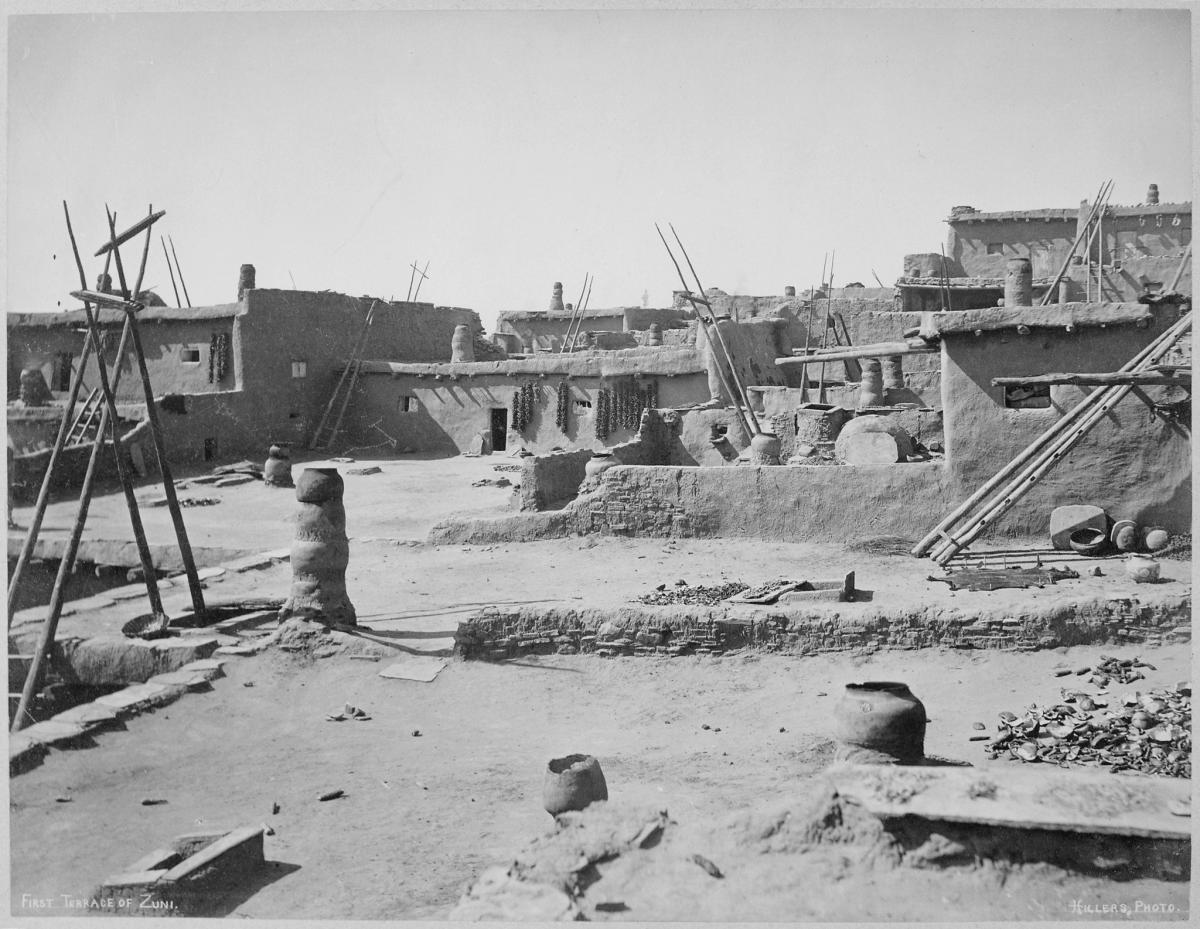 These organizations are now using appropriate standards for processing materials,  storing historical records in archival enclosures, and posting their finding aids online. The regrant program has made significant collections accessible to the public, such as the city of Las Vegas Museum's Rough Rider Memorial Collection and the papers of the founder of the Institute  for American Indian Arts. Among the most recent round of regrants, the Pueblo of Zuni obtained a preservation assessment and processed the most vulnerable of  its historical materials.

More info on the New Mexico board is at https://www.srca.nm.gov/about-nmhrab/

Through support of the NHPRC State Programs, Massachusetts Roving Archivist program helps small and medium-sized cultural heritage institutions across the Commonwealth. After an initial strategic assessment by the Roving Archivists, the program offers continued guidance both virtually and in-person. 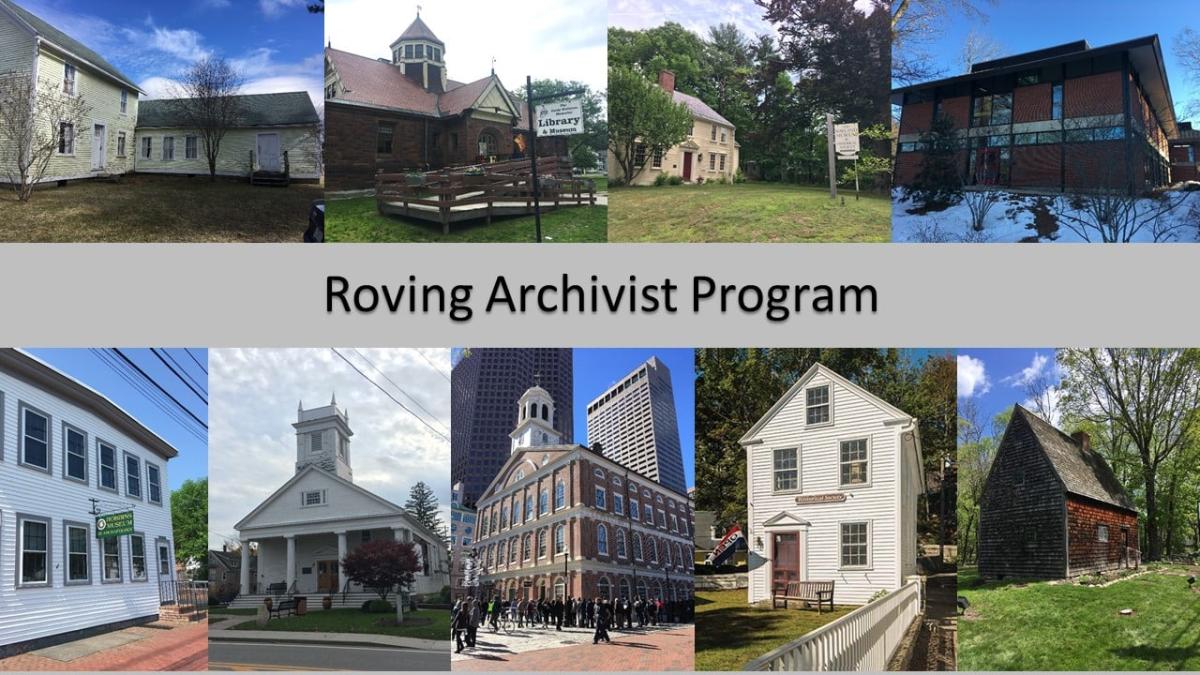 Seven institutions received new assessments in the past year:

Continued support was provided to:

The Massachusetts SHRAB approved regrants of $500 each at the following institutions: 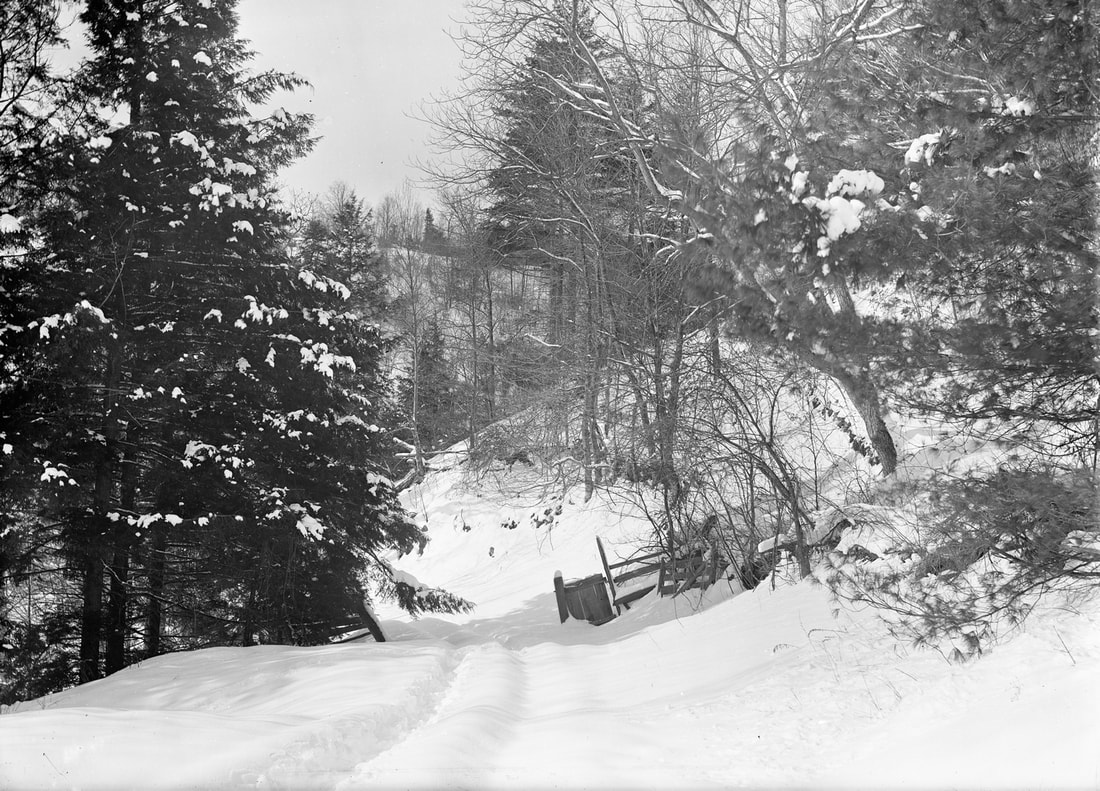 Snowy landscape, from the Lost Slides of L.H. Kingsley

For more on the work of the Massachusetts board, go to: https://www.sec.state.ma.us/arc/arcshrab/shrab-about-us.htm