Famous Faces
The collections of personnel records at the National Archives include files that document military and civilian service for persons who are well known to the public for many reasons. These individuals include celebrated military leaders, Medal of Honor recipients, U.S. Presidents, members of Congress, other government officials, scientists, artists, entertainers, and sports figures–individuals noted for personal accomplishments as well as persons known for their infamous activities.

See the Special Issue of Prologue Magazine, A New St. Louis Address for the National Archives, Fall 2011. Articles include: 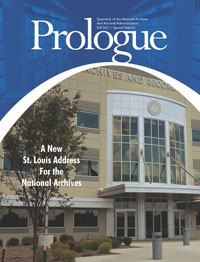