Special behind-the-scenes press opportunity and photo-op.  Photograph/videotape the original Emancipation Proclamation, learn about its history and conservation from the experts, and hear about measures the National Archives takes to protect it by limited display each year.

This will be the ONLY press opportunity to see the Emancipation Proclamation before it goes on public display in the National Archives Rotunda Gallery over New Year’s weekend to mark its 150th anniversary.

The Emancipation Proclamation is displayed only for a limited time each year to protect it from over exposure to light, and to preserve it for future generations.

Please Note: Use of Additional Lights Will Not Be Permitted

See more information about the year-long National Archives’ celebration of this historic anniversary, including the free special display of the original document from December 30, 2012 through January 1, 2013.

The 150th anniversary celebration of the Emancipation Proclamation is presented in part by the Verizon Foundation.

About the Emancipation Proclamation

President Abraham Lincoln issued the Emancipation Proclamation on January 1, 1863, during the American Civil War, formally proclaiming the freedom of all slaves held in areas still in revolt.  The issuance of this Proclamation clarified and strengthened the position of the Union government, decreased the likelihood of European support of the Confederacy and, as the Union armies extended their occupation of the southern states, brought freedom to the slaves in those states. The Proclamation invited black men to join the Union Army and Navy, resulting in the enlistment of approximately 200,000 freed slaves and free black people before the War's end.

Although the Emancipation Proclamation did not end slavery in the nation, it placed the issue squarely on top of the wartime agenda.  It added moral force to the Union cause and was a significant milestone leading to the ratification of the 13th Amendment to the Constitution in 1865, formally outlawing slavery throughout the nation.

The Emancipation Proclamation linked the preservation of American constitutional government to the end of slavery, and has become one of our country’s most treasured documents.

The Host Committee for the National Archives’ Emancipation Proclamation 150th Anniversary Commemoration is a distinguished group of civic and community leaders, historians, authors, journalists, and celebrities drawn together by their love of history and their dedication to assisting the National Archives and its Foundation in increasing awareness of the important work of our nation’s official record keeper. Chaired by civil rights leader and Congressman John Lewis, the honorary Host Committee also includes such notables as NBC News Special Correspondent Tom Brokaw; National Museum of African American History and Culture Director Lonnie Bunch, “The Civil War” Director Ken Burns; Libby O’Connell of the History Channel; Harvard University President Drew Gilpin Faust; actor Morgan Freeman; Henry Louis Gates, director of the W.E.B. Du Bois Institute for African and African American Research; House Democratic Leader Nancy Pelosi; and Alfre Woodard of the President's Committee on the Arts and Humanities. Many members of the Host Committee will participate in related National Archives public programs in December 2012, and throughout 2013.

For information on National Archives public programs, call 202-357-5000, or view the Calendar of Events online.

This page was last reviewed on September 19, 2017.
Contact us with questions or comments. 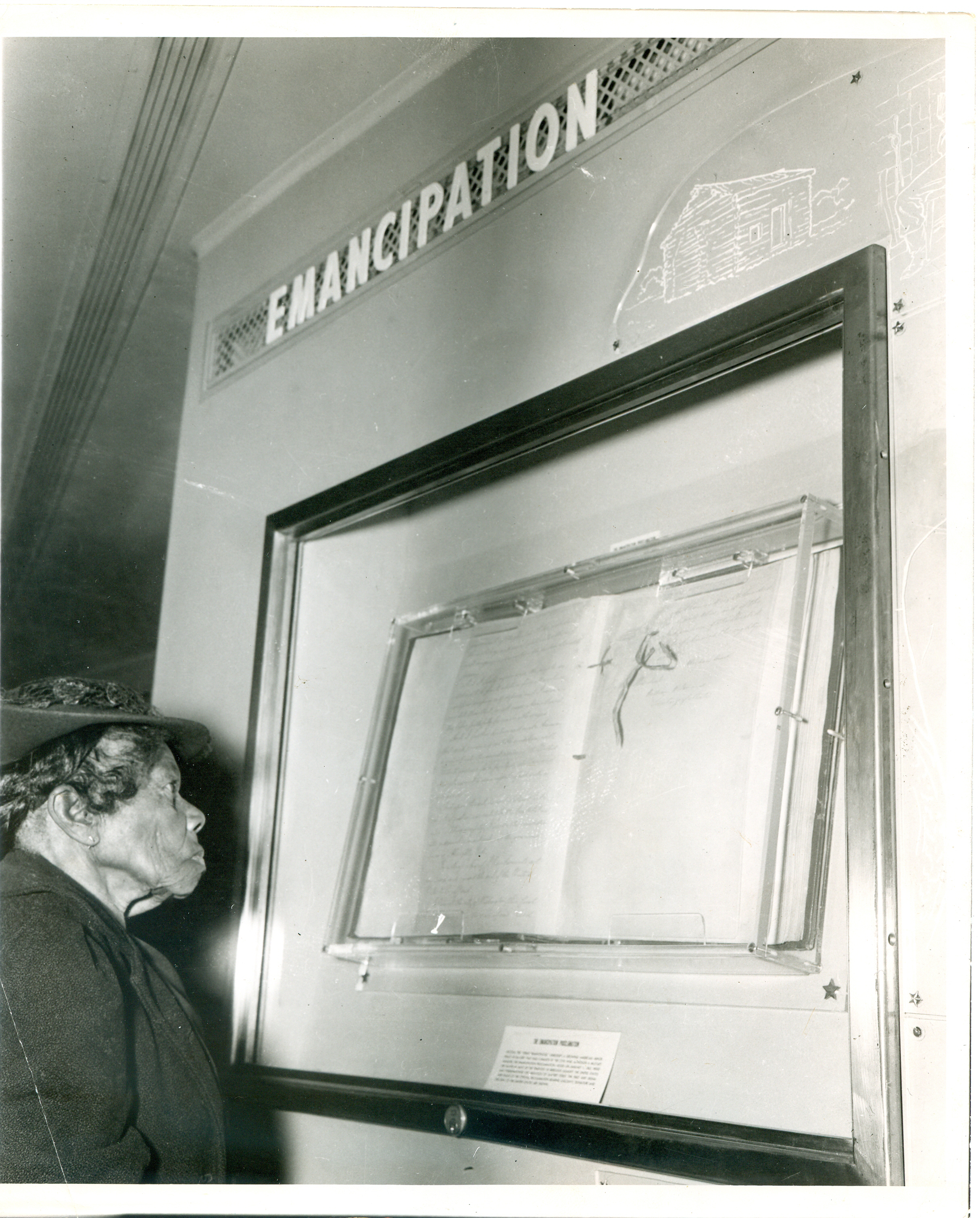