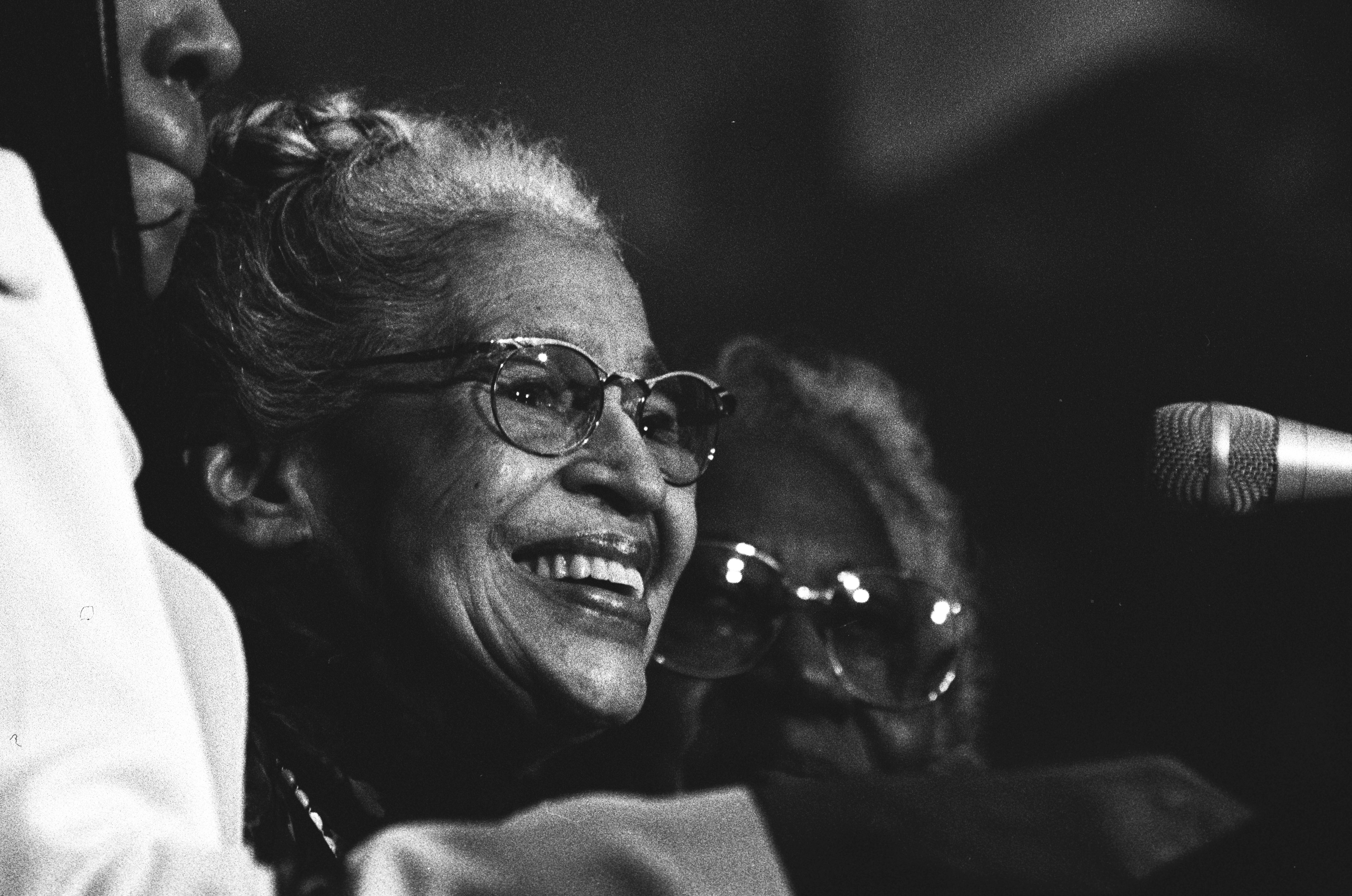 Washington, DC…The National Archives marks the centennial of Rosa Parks’s birth and African American History Month in February with a featured document display and programs. All are free and open to the public, and will be held at National Archives Building in Washington, DC, which is located on the National Mall and is fully accessible. For programs in the William G. McGowan Theater, attendees should use the Special Events entrance on Constitution Avenue at 7th Street, NW.

Featured Display:  Honoring the "Mother of the Civil Rights Movement."
February 1-28th, East Rotunda Gallery.
The National Archives will display Public Law 106-26, the Act authorizing the President to award Rosa Parks a Congressional Gold Medal, and a photograph of Rosa Parks at that June 15, 1999, awards ceremony.

Wednesday, February 6, at noon, William McGowan Theater
Help Me to Find My People: The African American Search for Family Lost in Slavery
After the Civil War, African Americans placed “information wanted” advertisements in newspapers for missing family members. History professor and author Heather Andrea Williams uses slave narratives, letters, interviews, and diaries to describe the devastation when people were sold away from their families. Williams traces those who were separated, chronicles their search, and documents the rare experiences of reunion or the tragedy of loss. A book signing will follow the program.

Thursday, February 7, at 7 p.m., William G. McGowan Theater
The Emancipation Proclamation in Art and Documents
Eleanor Jones Harvey, chief curator at the Smithsonian American Art Museum (SAAM), and Michael Hussey, historian at the National Archives, use images from the exhibit “The Civil War and American Art” at SAAMto explore the connections between these works of art and records from the National Archives. Rex M. Ellis, associate director for curatorial affairs at the National Museum of African American History and Culture, moderates a panel that includes Ira Berlin, professor of history at University of Maryland.

On December 1, 1955, during a typical evening rush hour in Montgomery, Alabama, a 42 year-old woman took a seat near the front of the bus on her way home from the Montgomery Fair department store where she worked as a seamstress. Before she reached her destination, she quietly set off a social revolution when the bus driver instructed her to move, and she refused. The bus driver called the police and they arrested Rosa Parks, an African American woman of unchallenged character. The African-American community of Montgomery organized a boycott of the buses in protest of the discriminating treatment they had endured for years. The boycott, under the leadership of 26-year-old minister Martin Luther King, Jr., was a peaceful, coordinated protest that lasted 381 days and captured world attention.

In 1999, Congress authorized President Clinton to bestow upon her its highest civilian honor, the Congressional Gold Medal. The President noted the “ripples of impact she had on millions of people who lived in the United States.” On that Montgomery bus, said the President, she reminded Americans that for “millions of Americans, our history was full of weary years – our sweet land of liberty bearing only bitter fruit and silent tears. And so she sat, anchored to that seat, as Dr. King said, ‘by the accumulated indignities of days gone by, and the countless aspirations of generations yet unborn.’”

Mrs. Parks, who passed away in 2005, was called the "Mother of the Civil Rights Movement." She was not the first person to be prosecuted for violating the segregation laws on the city buses, but it was her quiet act of defiance that touched a nerve in the black community of Montgomery, Alabama, and set in motion a historic act of resistance.

The National Archives holds many records relating to Rosa Parks, including the following arrest records, submitted as evidence in the federal court case Browder v. Gayle, which challenged the constitutionality of the laws concerning racial segregation on the public buses of Montgomery, Alabama.

Diagram of the bus, showing where Rosa Parks was seated on December 1, 1955
On the city buses of Montgomery, Alabama, the front 10 seats were permanently reserved for white passengers. This diagram shows that, while riding home from work, Mrs. Parks was seated in the first row behind those 10 seats. When the bus became crowded, the bus driver instructed Mrs. Parks to vacate her seat for the white passengers boarding. Mrs. Parks refused and remained seated. Under existing municipal law, the bus driver had the authority to move the line separating black and white passengers. When Mrs. Parks defied his orders, he called the police.

Fingerprint chart of Rosa Parks, December 1, 1955
Mrs. Parks was promptly arrested and taken to the police station where she was booked, fingerprinted, and briefly incarcerated. The police report shows that she was charged with "refusing to obey orders of the bus driver." For openly challenging the racial laws of her city, she remained at great physical risk while held by the police, and her family was terrified for her. When she called home her mother’s first question was: "Did they beat you?"

Police Report on the arrest of Rosa Parks, December 1, 1955
Police officers arrested Rosa Parks and took her to the police station where she was charged with "refusing to obey orders of bus driver." The city subsequently charged that Mrs. Parks violated the code of the City of Montgomery for non-compliance with the reassignment to a section or seat reserved for "the race to which she belonged."

The National Archives is fully accessible, and Assisted Listening Devices are available in the McGowan Theater upon request. To request a sign language interpreter for a public program, please send an email to public.program@nara.gov or call 202-357-5000 at least two weeks prior to the event. To verify dates and times of the programs, call 202-357-5000 or view the Calendar of Events online. To contact the National Archives, please call 1-866-272-6272 or 1-86-NARA-NARA (TDD 301-837-0482).

This page was last reviewed on March 6, 2019.
Contact us with questions or comments.