New Questions in the 1940 Census

Every 10 years the National Archives and Records Administration (NARA) releases a new federal population census. On April 2, 2012, NARA will open the 1940 census in accordance with the 72-year restriction on access to census schedules. As with every census, the 1940 census shows the social, political, and economic issues of the previous decade. The 1940 census reflects the Great Depression of the 1930s. This census asked some questions not asked in earlier censuses.1 The enumerator indicated the person in each home who answered the questions, each person's residence in 1935, and whether a person was working in one of the public works programs of the New Deal, such as the Works Progress Administration (WPA),2 the Civilian Conservation Corps(CCC), or the National Youth Administration (NYA). Other new questions covered employment and education.

At the bottom of each schedule, a supplementary census asked additional questions of two people enumerated on preselected lines on the form. These supplemental questions related to the birthplace of the respondent's parents, veterans' service, and Social Security and Railroad Retirement, two new national insurance plans. On both the complete form and the supplemental form, people gave the industry they work in and their specific occupation. 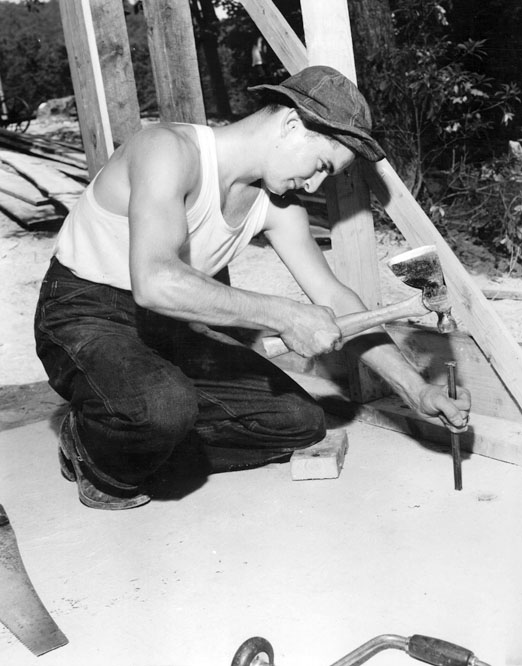 Citizenship of the Foreign Born (Column 6)

Knowing who answered the questions may explain why certain questions were answered the way they were, but before the 1940 census, the schedule did not show who gave the information to the census taker. In 1940 the enumerators were instructed to:

Although questions about education were asked in earlier censuses, this is the first time the census asked for the highest grade of school completed.

The Census Bureau, interested in internal migration, asked everyone where he or she lived on April 1, 1935. The bureau defined migrants as "those persons who lived in 1935 in a county, or quasi county, different from the one in which they were living in 1940. A quasi county was a city that had 100,000 inhabitants or more in 1930." The bureau defined nonmigrants as people living in the same county, or quasi county, in 1935 as in 1940.5

Immigrants were defined as people living in the continental United States in 1940 who reported that their place of residence in 1935 was in an outlying territory, possession of the United States, or in a foreign country.6

Table I. Population 14 years old and over in the labor force, by migration status, type of migrations, and sex, for the United States, 1940.7

The schedule asked 13 questions about the employment status of people 14 years old and older. Included in the new questions were "Amount of money, wages, or salary received (including commissions)" (column 32) and "Did this person receive income of $50 or more from sources other than money wages or salary (Y or N)" (column 33).

The census asked if anyone in the household during the week of March 24–30, 1940, was at work on, or assigned to, public emergency work projects conducted by the WPA, the NYA, the CCC, or state or local work relief agencies. [The census shows the administrative staff at the camp but does not list the men temporarily assigned to the camp. They are enumerated at their homes. Updated Feb. 22, 2011] The WPA, established May 6, 1935, developed programs to move unemployed workers from relief to jobs. The WPA workers, among other things, rebuilt the national infrastructure, wrote guides to the 48 states, worked in the arts and theater, and assisted with disaster relief. The NYA, established under the WPA, gave part-time jobs to high school and college students to earn money to continue their education. The CCC, created March 31, 1933, employed men aged 18–25 in conservation work in the national parks and forests.8 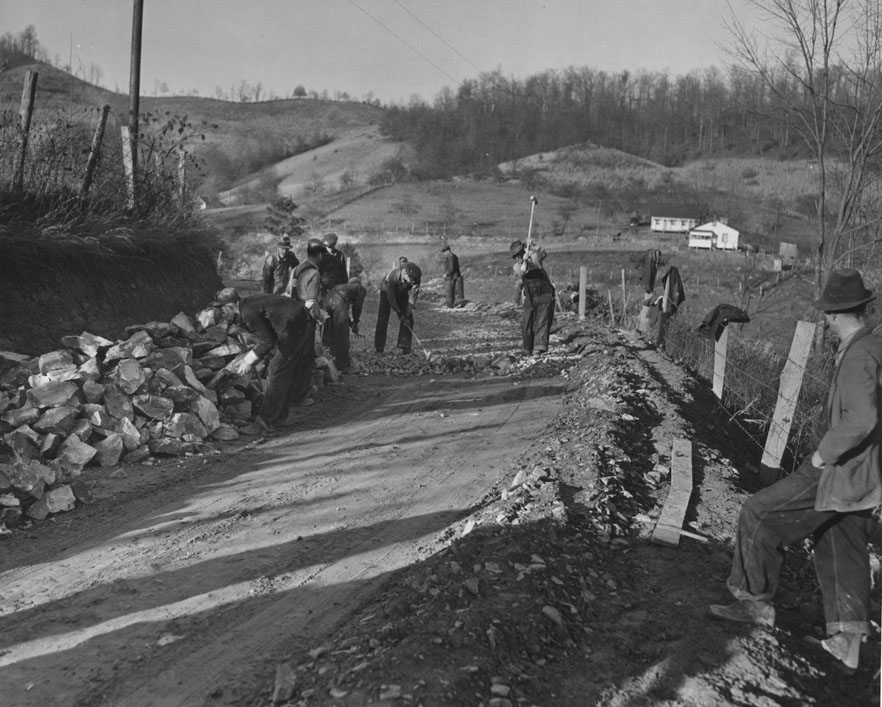 Enlarge
WPA workers build a road between Clearfield and Shawsville, Pennsylvania, to cut off seven miles between farmers and markets. (69-MP-1-19070)

Questions on the Supplemental Schedules

Starting with the 1880 census, people were asked not only where they were born but also the birthplace of their father and mother. In the 1940 census, this question was moved to the supplemental schedule. In columns 36–37, the person was to give the place of birth of the father and the mother.

For the first time, the census did not ask if a person served in the Civil War. Veterans (columns 39–41) were asked if they served in the World War, Spanish-American War, Philippine Insurrection, or Boxer Rebellion and if in a Regular Establishment (Army, Navy, or Marine Corps), peacetime service only, or another war or expedition. The wife, widow, or under 18-year-old child of a veteran was also required to answer the questions. 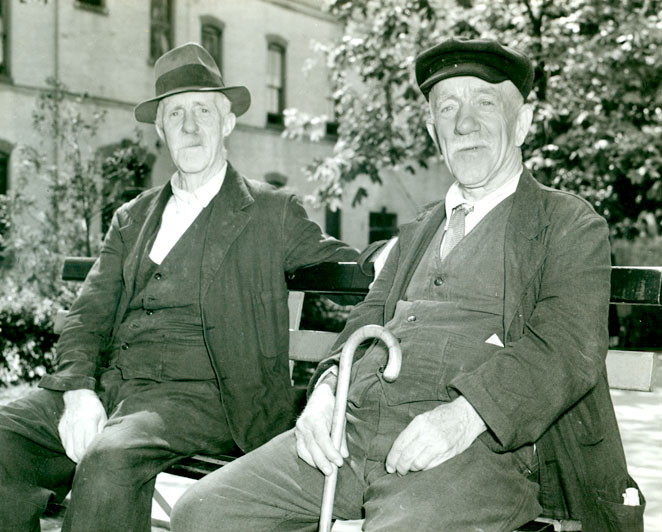 Enlarge
The supplemental schedule of the 1940 census asked selected people if they had applied for Social Security, which included old age benefits and other assistance to those in need. (47-G-1M-81-43)

Although Civil War pensions may be considered the first large-scale pension program in the United States, the pensions did not cover all aged people. In 1906, old age qualified a soldier for a pension. By 1910, more than 90 percent of the remaining Civil War veterans were getting a pension; however, this comprised only about 6 percent of the population.10 Various state and private insurance plans were tried before the 1930s, but the advent of the Great Depression made a national program of national insurance a necessity. The Railroad Retirement Board covered railway employees.

Census records are the only records that theoretically describe the entire population of the United States on a particular day. The 1940 census is no different. The answers to the new questions—and the old—will tell us, in detail, what the United States looked like on April 1, 1940, and what issues were most relevant to Americans after a decade of economic depression. As with all censuses, the answers to these questions may lead to different avenues of research.

The author would like to thank James Collins, John P. Deeben, Katherine Vollen, the genealogy aids at the National Archives and Records Administration, and Thomas E. Weir, Jr., who first got me interested in census records.

1 For more information on the questions, see 1940 Census Forms and Questions Asked on the 1940 Census at www.archives.gov (click on 1940 census).

2 The Instructions to the Enumerators refer to the Works Progress Administration; the Guide to Federal Records in the National Archives of the United States refers to the Work Projects Administration (Record Group 69).

8 For a comprehensive history of the WPA, see Nick Taylor, American-Made: The Enduring Legacy of the WPA: When FDR Put the Nation to Work (Bantam Books: New York, 2008).