Celebrating the Bill of Rights 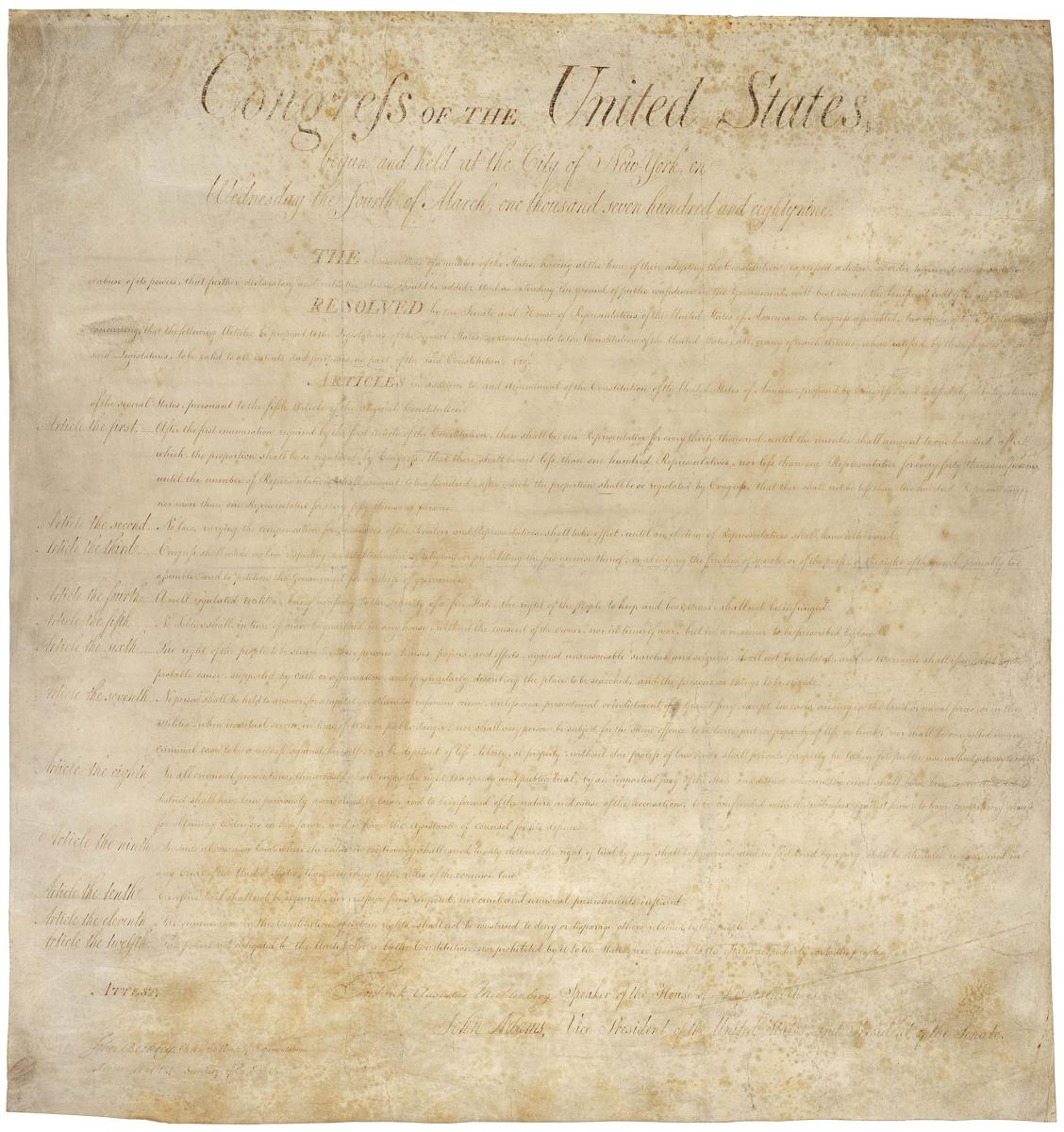 The Bill of Rights

In the summer of 1789, when the new federal government was only a few months old, Congress took up the question of amending the nation’s new Constitution. During debate in the House of Representatives, James Madison called attention to the concerns of citizens who were dissatisfied with the Constitution.

“We ought not to disregard their inclination,” Madison declared, “but, on principles of amity and moderation, conform to their wishes, and expressly declare the great rights of mankind secured under this constitution.”

The addition of the Bill of Rights shortly after the establishment of the Constitution demonstrated that this new government should be responsive to the people it governed. Over the next two centuries, we added 17 more amendments to the Constitution, showing how our governing framework adapts to the nation’s needs.

At the National Archives, we are proud to be the home of the Bill of Rights. The original document is displayed in our Rotunda in Washington, D.C., alongside the Declaration of Independence and the Constitution. We hold a Bill of Rights Day Naturalization Ceremony every year in front of these founding documents. But this year—the 225th anniversary of the ratification of the Bill of Rights—we’ve put together a nationwide program of events and exhibits to examine the rights delineated and implied in our Constitution.

Our centerpiece exhibit at the National Archives Building in Washington, D.C., is “Amending America.” The exhibit, which explores how we have amended the Constitution, opened last March and will remain on display through September 4, 2017. A companion traveling exhibit, “Amending America: The Bill of Rights,” is now up at the Houston Museum of Natural Science and will move to the Sixth Floor Museum in Dallas in January.

There have been more than 11,000 amendments proposed to the Constitution. In the course of creating this exhibit, we also compiled a dataset, which can be found on Data.gov. The dataset provides information about all the proposed constitutional amendments introduced in the United States Congress from 1787 to 2014.

Exhibits at our presidential libraries carry through the theme. Earlier this year the Jimmy Carter Library in Atlanta hosted “The Continual Struggle: The American Freedom Movement and the Seeds of Social Change,” an exhibit of artwork inspired by the civil rights movement. Through the end of 2017, visitors to the Harry S. Truman Library in Independence, Missouri, can see “A More Perfect Union: How Critical Presidential Elections Shaped the Constitution.”

The conversations continue on social media with Bill of Rights–related posts throughout the anniversary year, Wikipedia edit-a-thons, Twitter chats on constitutional themes, and YouTube access to programs.

You can find out more about these activities as well as additional public forums and discussions and teacher workshops across the country on our website: www.archives.gov/amending-america/.

Join the Archivist at  his own blog and visit the  National Archives website.