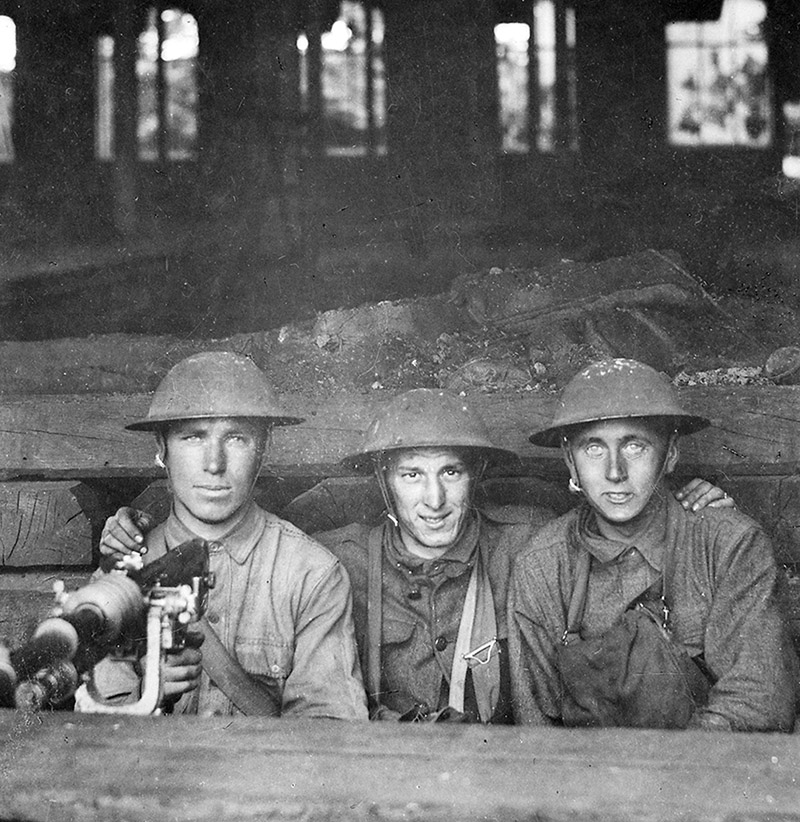 This year and next we observe the centennial of World War I, or the Great War, as it was known in its time. When President Woodrow Wilson asked for a declaration of war against Germany in April 1917, he declared that “the world must be made safe for democracy,” and two million “doughboys” fought for that ideal on the battlefields of Europe.

U.S. involvement in the war—at home and abroad—created mountains of federal records documenting American activities, and those records make the National Archives the largest repository of American World War I records. During this centennial observance, we are focused on creating greater access to these records in a variety of ways.

For several years, thanks to an anonymous donor, we have been preserving and digitizing rare World War I and World War II films. The World War I footage alone amounts to nearly 150 miles of film.

As the preservation work has progressed, we have been developing a way to bring this incomparable film resource to people’s fingertips. At the end of February we launched a new app designed to make World War I films and photographs more accessible than ever. The app is designed for educators at all levels and the museum community, but it can be used by anyone interested in exploring the imagery of America’s role in the war. The Library of Congress and the Smithsonian National Museum of American History are partners with us in this endeavor, and the app will include material from all three institutions.

Additional material for educators can be found on DocsTeach.org, where our education staff have highlighted primary sources and online teaching activities on a special World War I page.

To further showcase our significant holdings of documents, films, still pictures, maps, and other media, we are building a new World War I portal on Archives.gov. This web page, which will launch in April 2017, will bring together National Archives resources related to World War I for researchers, students and educators, and those just curious about the war.

We’ll also tell the stories of World War I here in Prologue, in programs and exhibits around the country, and online. Of particular note is the Harry S. Truman Library’s exhibit, opening in 2018, which will feature the letters Captain Harry Truman wrote to his wife, Bess. Truman was a very proud World War I veteran, and additional material about his service will be added to the library’s website over the summer.

Two traveling exhibits from the National Archives Traveling Exhibits Service will focus on the home front and the battlefront. “Over Here” will document Americans at home, and “Over There” will showcase overseas military photography.

We’re pleased to assist the United States World War One Centennial Commission to commemorate America’s role during the Great War through public programs at many of our facilities. Through our agency’s liaison with the commission, we can coordinate programs and showcase our significant collections of federal records created in 1917 and 1918.

What was the supposed to be “the war to end all wars” eventually became known as the First World War when, two decades later, another global conflict broke out. In the shadow of World War II, the deeds and sacrifices of Americans in the Great War have sometimes been overlooked. This centennial commemoration encourages us to remember and rediscover their stories through the records they left behind.

Join the Archivist at  his own blog.