A Prologue to Prologue

Accessions, the First Journal of the National Archives 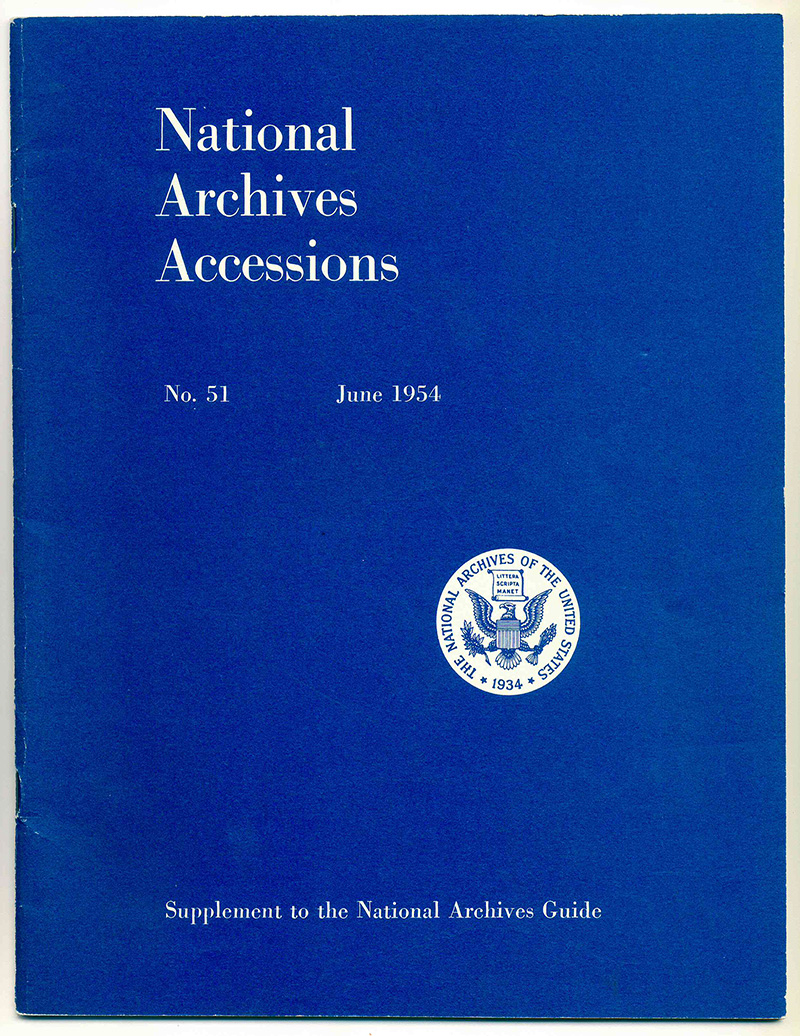 As we say goodbye to the printed Prologue magazine, let’s look back on how we got to Prologue’s first issue, nearly 50 years ago.

By 1950, staff wanted a more robust publication with featured articles. However, an influx of World War II records consumed staff time, and the National Archives lacked the resources to devote to an upgraded publication.

As a compromise, Archivist Wayne Grover suggested Accessions be expanded to include articles of scholarly interest but move to a less frequent publication schedule, possibly biannually or annually.

Subsequent issues covered the history of the General Accounting Office records, a history of recordkeeping practices of the House of Representatives (hint: it wasn’t good), and the early correspondence system of the office of Secretary of the Navy.

There were several shortcomings to this publication. First, the Archives published it at irregular intervals—after the first issue in June 1954, the second came out in February 1956, third in January 1957, fourth in June 1958, and so on.

The inscription on the base of statue representing “Future” at the National Archives Building reminds us that “What Is Past Is Prologue.” (National Archives, photo by Rania Hassan)

The number of subscribers also varied, making it difficult to plan a print run; the quality of articles wasn’t on par with publications from similar cultural institutions; and the publication itself lacked visual appeal.

By the time Robert Bahmer became Archivist in 1965, it was clear that something needed to be done. He also wanted to respond to criticism that the Archives, since being put under the General Services Administration (GSA) in 1949, had not done an adequate job of communicating with its researcher base.

After a study, Bahmer recommended the Archives replace Accessions with a new journal to be published at regular intervals. It would include scholarly articles from staff and outside historians about the holdings and activities of the National Archives in the hopes of increasing the agency’s profile. The GSA Administrator approved the project in late 1967, and staff began making preparations.

Staff and other interested parties suggested nearly 40 titles for the new journal including Archivari, Explication, Provenance, The Journal of the National Archives, and finally, Prologue.

The title Prologue was appropriate not only because the word evokes “history,” but also “WHAT IS PAST IS PROLOGUE” is inscribed on Robert Aitken’s Future statue outside the National Archives Building.

The first issue of Prologue came off the printing presses on June 6, 1969. Nearly 200 issues later, this is the final one.