(Click on any of the above images to view case files and additional information.)

ANDC chose to highlight the Shanghai series because of the unique diversity of Shanghai’s culturally dynamic population. The applicants represented within these visa records embody the worldwide displaced and stateless persons population migration and Jewish Diaspora that occurred in the years immediately following World War II. Many applicants were refugees who fled the Civil War in Russia, or Nazi persecution in Poland and Germany. Other applicants were from émigré families who had lived in Shanghai for generations.

This digital release project posts only a small volume of the total 6.5 cubic feet of records, 113 of the estimated 1300 case files, in digital format, but also aims to facilitate research by providing applicant name listings for each box. It also creates a web resource of links to libraries and repositories whose collections include similar records, finding aids and topic guides on Shanghai refugees, and represents a commitment by ANDC to post additional digital copies of case files as they become available.

The Records: The Case File 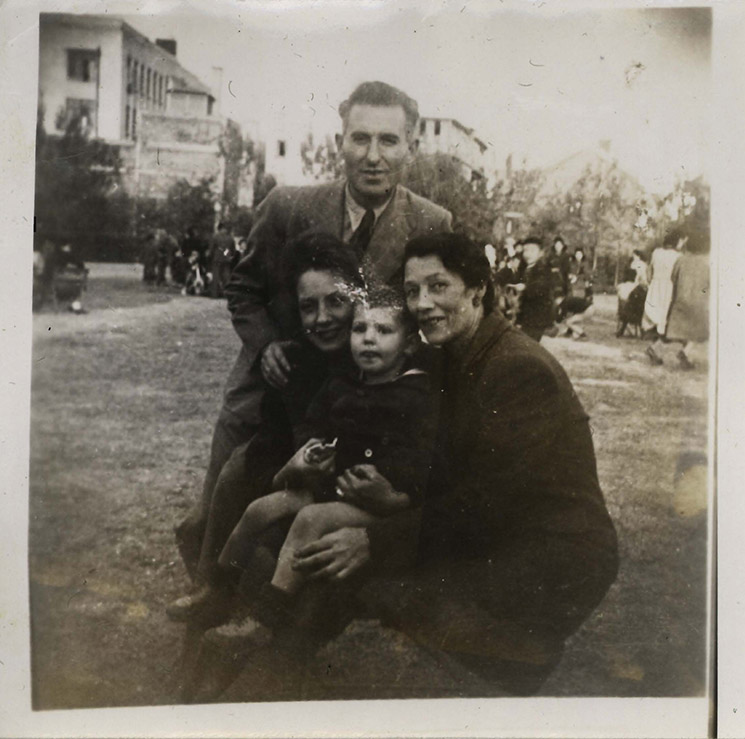 In the years between 1946 and 1951, the Visa Division of the re-opened American Consulate General in Shanghai, China, created visa and passport applicant records and subject files, culminating in the creation of a case file. Visa Division staff interviewed applicants and reviewed information collected from background investigations in order to confirm the identity of applicants, ensure the credibility of their personal history and that applicants met the requirements of the Immigration Act of 1924 and later, the Displaced Persons Act of 1948 and its 1950 revision.

The volume of records in each case file vary widely, and may have included the visa application, its required documentation and memoranda correspondence summarizing reports of an applicant’s investigation into their personal history. In this series, the case file may contain as little as a single index card or a single cross-reference sheet with an individual’s first and last name. On the other hand, it may contain the visa application, photographs of the applicant(s) and family members, personal letters to the visa officers or consul concerning their application, refusal letters, certificates of identity, an affidavit of support, a personal biography or resume, internal memoranda summarizing a background investigation, and notes or transcripts of officer-applicant interviews. 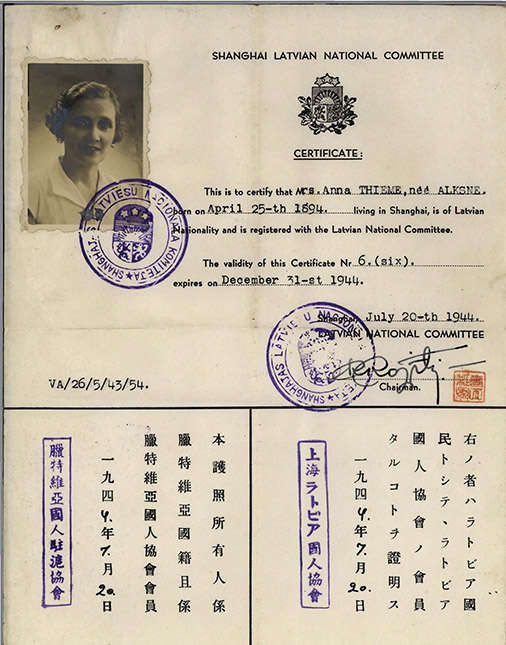 Visa officers coordinated with other American and foreign embassies, consulates and posts as well as numerous American government and non-government organizations, including the United Nations Relief and Rehabilitation Administration (UNRRA)- the precursor to the International Refugee Organization (IRO), American Jewish Joint Distribution Committee (AJJDC) and the Hebrew Sheltering and Immigrant Aid Society (HIAS). These organizations assisted refugees repatriating to their country of origin, or immigrating to other countries; they provided financial support, funded transportation, and attempted to reconnect refugees with family members.

The records in this series capture the issues that affected applicants, and how American consulates and embassies and non-government aid organizations addressed them, such as required medical exams, the issuance of fraudulent visas and unlawful stowaways. Applicants proved physical health via medical examination. The desperate resorted to sneaking aboard the S.S. General Meiggs to reach their destination others paid highly for fraudulent immigration visas, while those applicants who feared political reprisals for renouncing their citizenship or lacked of diplomatic representation found hope in policies permitting the use of affidavits in lieu of passports—a solution found in a May 1948 letter from the Association of Poles in Shanghai. The documents also capture the experience of the Visa Division’s staff handling these applicant case files and investigations: Some memoranda include informal or off-the-cuff comments by visa officers about applicants, the results of their investigation and trustworthiness. 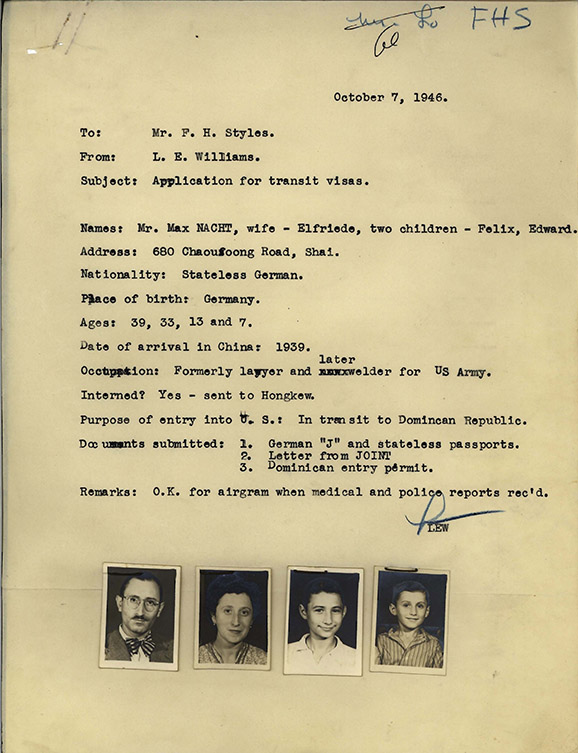 Memorandum Regarding the Visa Application for Max Nacht and Family.

The documents have a narrative quality that describes the turbulent experience of pre- and post-war life for applicants. Letters and certificates present personal stories in the words of the applicants themselves, as well as by friends, neighbors and employers who vouched for their character, or by anonymous voices who attempted to warn visa officers about specific applicants.

Collectively, the visa applications explain how applicants arrived in Shanghai. Some travelled via the Trans-Siberian Railway from Poland in the summer of 1938, while others were first generation Harbin Russians who had moved to Shanghai at the turn of the twentieth century. There were families, students, single parents, divorcees, bachelors and G.I. brides, widows and widowers. People were born or lived in cities like Riga, Minsk, Breslau, Vladivostok, Berlin, Warsaw, Port Arthur (Dalian) and Vilnius, and some were of “Stateless Chinese of Russian Origin” born in Harbin or Tientsin (Tianjin).

Some applicants lived in refugee camps on Seward Road or Alcock Road, or in the Chaoufoong internment camp. If not relocated during Japanese occupation, Russian applicants might have lived in the Cathay Flats, at the YMCA or along Avenue du Roi Albert or Avenue Joffre. Some husbands and wives who separated during occupation decided that one spouse live in the designated area while the other remained in the former French Concession. Some were married at St. Nicholaus Orthodox Church. They were members of the White Russian Emigrants Committee, Russian Chamber of Commerce, Juedische Gemeinde: Communal Association of Central European Jews, Russian Chamber of Commerce, the Shanghai Ashkenazi Jewish Communal Association, the French Club, or assigned to the foreign PAO-CHIA administrative district system, and Shanghai Stateless Refugees Bureau. There were disputes between camp members, claims of black market dealings, visa fraud, narcotics trafficking, and espionage. Some committed crimes, were arrested, jailed or detained at the Bridgehouse. From these details emerge snapshots of daily life for the multinational population of Shanghai.

Researchers seeking use of the original documents in this collection are invited to the Research Rooms at the National Archives at College Park. Reference staff is available at the Research Room from 9:00 a.m. to 5:00 p.m. Monday through Friday, except legal holidays.