Shanghai was home to the world. Permitted by treaties and sustained by territorial and political ambition, waves of European, Slavic, Baltic, and American travelers, refugees, and displaced persons sought new opportunities in Shanghai, China, over the late nineteenth and early twentieth centuries. 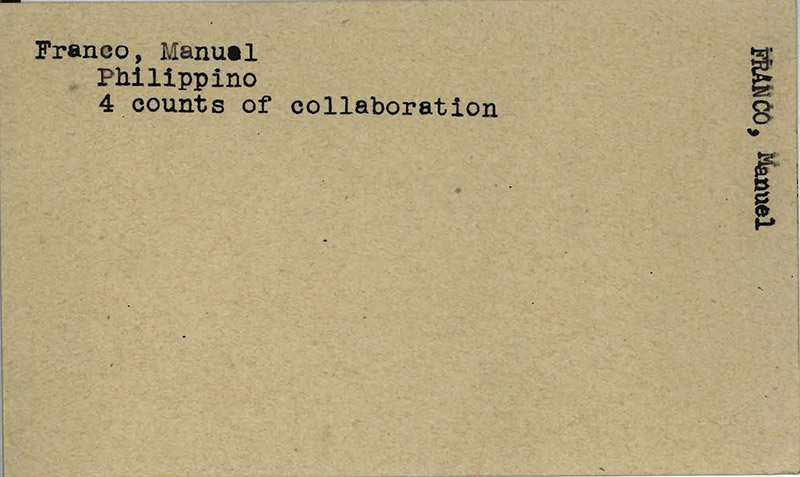 Treaties opened multiple trading ports to Imperial Russia, the United Kingdom and its imperial colonies, the United States and France, carving out territory in Shanghai which came to be known as the International Settlement and the French Concession. The Treaty of Nanking of 1842 granted trade access and extraterritoriality to Great Britain as a result of China’s loss in the First Opium War, 1839 to 1842. Russian presence in Shanghai developed as part of Imperial expansion into Far Eastern China and Outer Manchuria, awarded by the Treaties of Aigun and Peking in 1858 and 1860. By the 1860s, the French had negotiated the creation of the French Concession. Overall, these treaties brought economic advantages and political sovereignty to Shanghai’s foreign residents, who were represented and supported by the Shanghai Municipal Council and consular authorities; they possessed their own extraterritorial rights, court system and law enforcement apart from the Chinese infrastructure, making the city unique. Most notably, Shanghai was the only city in the world that did not require a visa for entry and was thus open to Jewish refugees escaping Nazi persecution in Europe.

After the opening of its borders, the city attracted people seeking new opportunities, to expand their businesses, or secure a temporary safe haven. There came railway workers and mechanics, ex-military, drug-traffickers and fur traders, merchants in textiles and businessmen, spies and security guards.

Russian Jewish and Orthodox émigrés built a burgeoning international city and were later joined by White-Russians and ex-military from Chita, Omsk, Tomsk, Harbin, Khabarovsk and Vladivostok beginning after the loss of the Russo-Japanese War, in 1905, and as a result of the Russian Revolution and Civil War between 1905 and 1922. Shanghai was home to prominent Sephardi families such as the Hardoons, Kadoories and Sassoons who established themselves in Shanghai in the late 19th century. Generations of these families contributed to building a Jewish social and cultural infrastructure that later served the Shanghai refugee and displaced populations. The American Jewish Joint Distribution Committee (AJJDC) provided aid and support to the Jewish and non-Jewish communities in pre- and post-war Shanghai, and the Hebrew Sheltering and Immigrant Aid Society (HIAS) and the United Nations Relief and Rehabilitation Administration (UNRRA) assisted the refugee and displaced populations in receiving aid and facilitating repatriation or immigration. Synagogues and Russian Orthodox churches, schools, parks, theatres and community organizations were constructed. Jewish residents partook and shared in religious life. 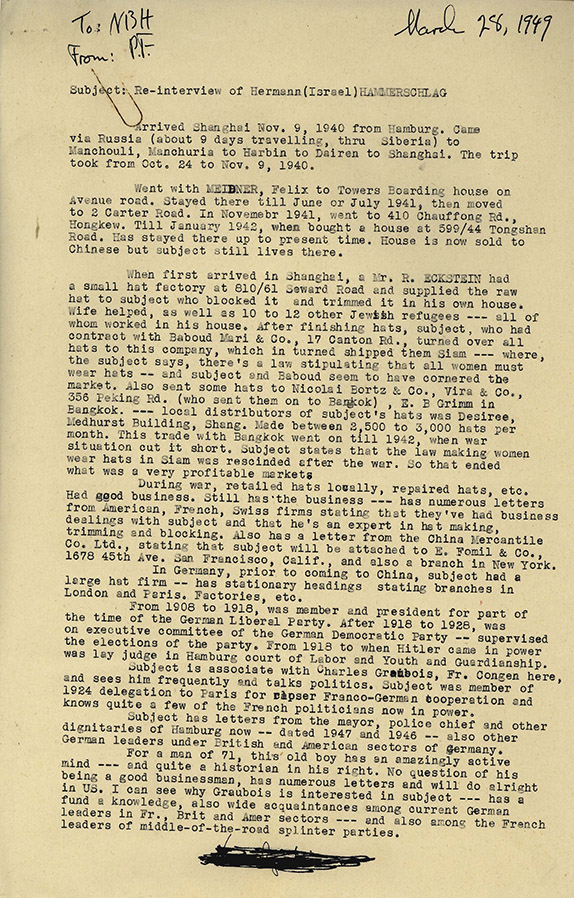 Shanghai connected to other Chinese and Russian cities via Russian construction of the Far Eastern branch of the Trans-Siberian Railway. The expansive railway system transported people, resources and military equipment to the Russian military post of Port Arthur (Dairen/Dalian) and Harbin, China and Vladivostok, Russia. The railway carried Nansen passport holders, Russian Jews, and White Russians to Shanghai after the Bolshevik Revolution and Russian Civil War, between 1917 and 1922, and many railway workers came to Shanghai seeking employment. The Trans-Siberian Railway was one of the routes that afforded thousands of the Ashkenazi Jewish population to escape Europe between 1938 and 1940.

The Japanese began to control the city after World War I, increasing their occupation after the 1937 Battle of Shanghai, with full occupation by 1941. As a result, immigration to Shanghai halted, and the community uprooted. Japanese authorities dissolved the International Settlement and relocated residents identified as enemy nationals to internment camps, while moving the German and Polish Jewish community to designated areas in the Hongkew district. The Pacific War froze economic aid to a densely populated and resource-stretched city; many of the community and support organizations struggled to assist the population. Overall, Shanghai residents suffered dwindling resources, unemployment, and poor living conditions. 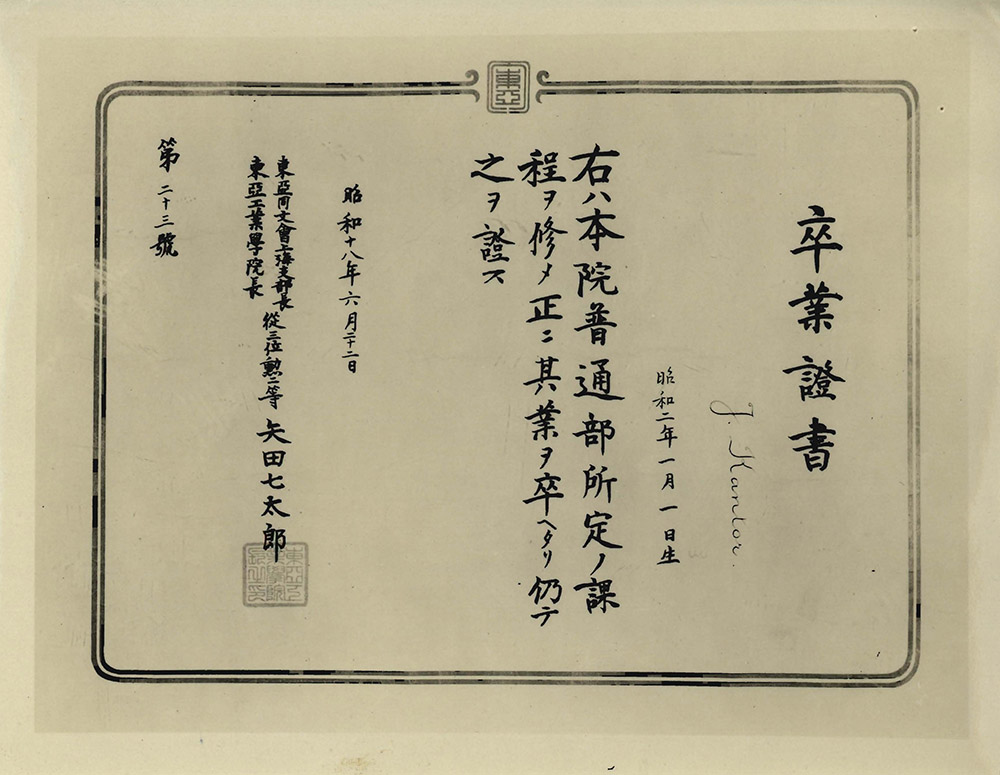 Enlarge
Certificate for Yakoff [Jack] B. Kantor, in the case File for Yakoff B. Kantor. National Archives Identifier: 12017257

By 1944, Shanghai was once again chaotic with the return of Chinese political control and foreign economic aid. Residents were freed from their designated areas and internment camps, and new employment opportunities arrived with the Allied troops. Thousands of residents perceived this prosperity to be temporary: the looming civil war between Chinese Nationalists and Communists created greater pressure for foreign and Chinese residents to leave. Stateless refugees and displaced persons sought new homes, some yet again only temporary. Some Shanghai residents repatriated to their countries of origin, while others-- mainly the stateless and displaced-- overcame obstacles to immigrate to new countries. Despite new challenges into the 1950s, new waves of immigrants and travelers continued, to a more permanent home in Canada, the United States, South America, the Caribbean, Cuba, and Australia using Shanghai as their platform and gateway.