LGBTQIA+ Federal Employment in the Records at the National Archives

Please note:  Although some of these records have been digitized and made available online, there are many records that are only available in paper or microfilm format at National Archives and Records (NARA) locations.

Members of the LGBTQIA+ community have served in the federal civil service since the mid-19th century. Walt Whitman is one of the most notable examples.

Beginning in the late 1940s, the federal government made a concerted effort to purge the civil service of homosexuals, commonly referred to as the "Lavender Scare." This culminated with the issuance of Executive Order 10450 on April 27, 1953, by President Dwight D. Eisenhower.

The holdings of the National Archives are a rich source of material on the Lavender Scare.

Walt Whitman was a poet, essayist, and journalist. During the Civil War, Whitman worked part-time in the Department of the Army's paymaster office and volunteered as a nurse in army hospitals. Later he would become a clerk for the Bureau of Indian Affairs and worked in the Attorney General's office, where he interviewed former Confederate soldiers for potential Presidential pardons. 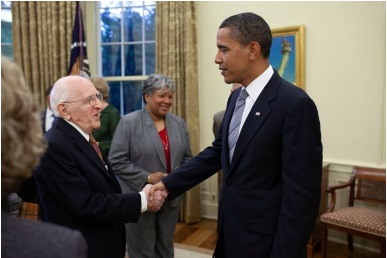 Dismissed from his job as an astronomer in the U.S. Army's Map Service due to his homosexuality, Kameny became a leading activist for LGBTQIA+ rights.

In 1953, Executive Order 10450 was signed by President Dwight D. Eisenhower. This executive action was the culmination of a period, called the “Lavender Scare,” that coincided with the communist "Red Scare." During the Lavender Scare, members of the LGBTQIA+ community were deemed a threat to national security. The Executive Order barred homosexuals from working in the federal government, causing an untold number of people to lose their jobs.

Prologue Magazine (Summer 2016, Vol. 48, No. 2) by Judith Adkins, "These People Are Frightened to Death: Congressional Investigations and the Lavender Scare."

Records of individual employees dismissed from the federal workforce for being a part of the LGBTQIA+ community are found at the National Personnel Records Center (NPRC) in St. Louis, MO: