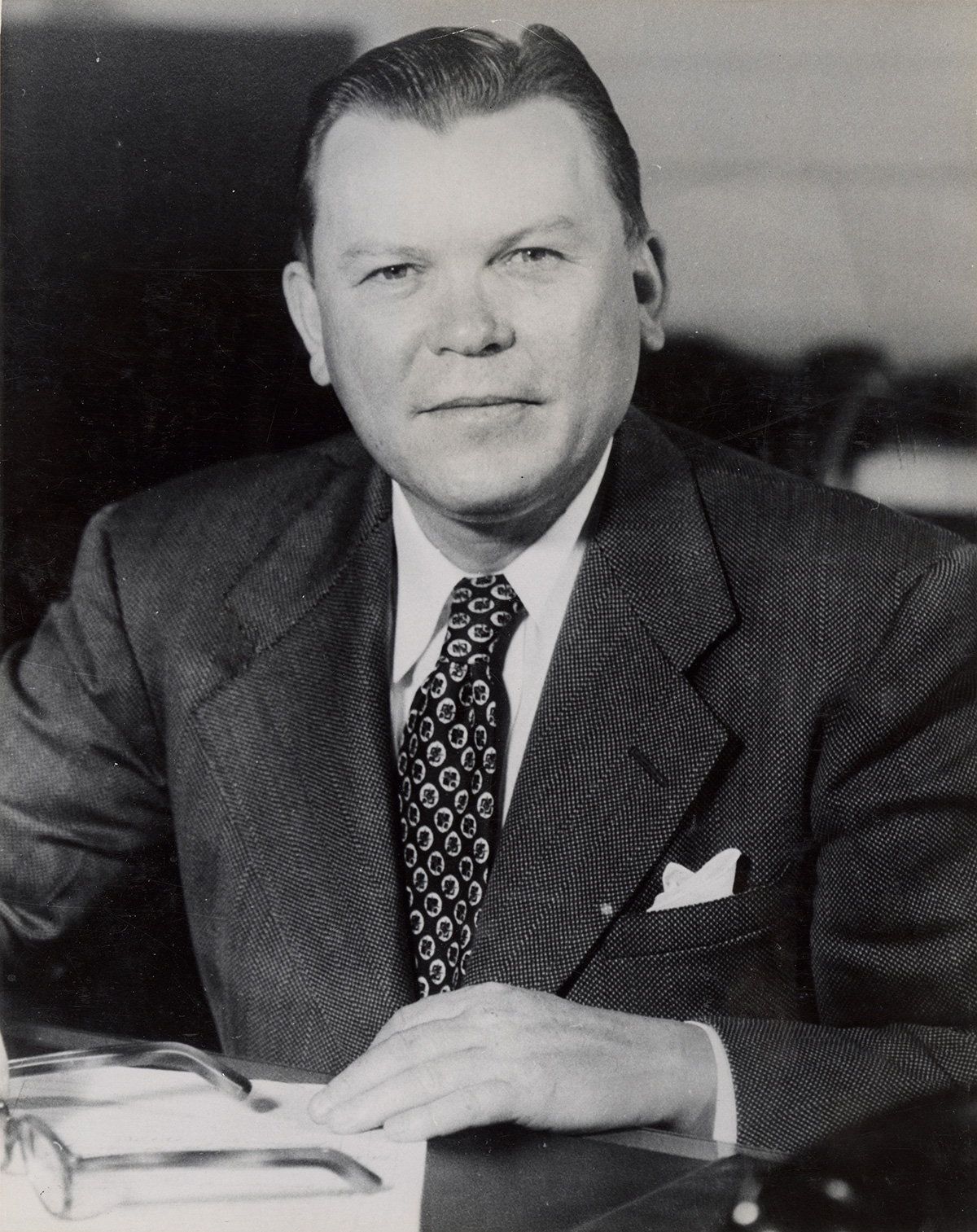 Wayne Clayton Grover (September 14, 1906 – June 8, 1970) was the third Archivist of the United States. Grover was born on September 14, 1906, in Garland, UT. He earned his bachelor’s degree from the University of Utah and moved to Washington, DC, in 1933 to work for a U.S. Senator. He started his career at the National Archives in 1935 while continuing his graduate studies at American University. As the United States entered World War II, Grover left the Archives to work in what became the Office of Strategic Services. He later joined active military duty, providing wartime records management for the Army. After the war, Grover continued to work for the War Department until he returned to the National Archives in 1947 to become Assistant Archivist of the United States.

Shortly after Grover’s return to the National Archives, President Truman nominated him to be Archivist; the Senate confirmed Grover’s appointment on June 2, 1948. During Grover’s tenure, the National Archives lost its status as an independent agency when it was folded into the newly created General Services Administration in 1949. However, it was also during Grover’s tenure that the U.S. Constitution and the Declaration of Independence were transferred from the Library of Congress to the National Archives. The Presidential Library system and Federal Records Center system also began under Grover. With a tenure lasting from 1948 until his resignation in 1965, Grover is the longest serving Archivist of the United States. After leaving the National Archives, Grover became an adviser to the Lyndon Baines Johnson Presidential Library.

Learn more about Grover in the blog post: An Archivist for the Ages: Wayne C. Grover.