In early 2005, historian Allen Weinstein was nominated by President George W. Bush and confirmed by the U.S. Senate as the ninth Archivist of the United States. 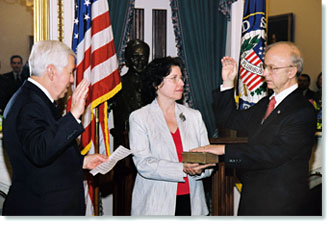 Professor Weinstein resigned as Archivist of the United States on December 19, 2008, but before coming to the National Archives he had a distinguished career as college professor, historian, author, and international envoy.

Weinstein’s articles and essays have appeared in numerous popular and scholarly publications as well as mainstream newspapers and magazines. His television credits include that of historical consultant on two History Channel programs on Soviet espionage (1998-99) and the 1988-89 PBS series Face-to-Face: Conversations on the U.S.-Soviet Summitry (co-host, editor and writer), He has been a frequent commentator on CNN, C-SPAN, and other networks. 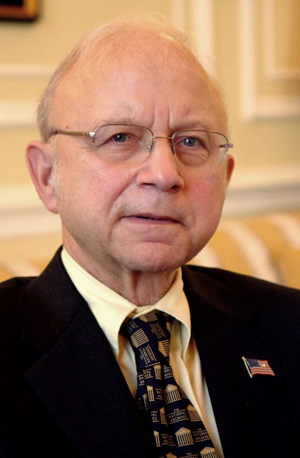