A memorial for veterans, healing for the nation

Just as the individual military participants in the Vietnam War needed to be healed, so too did the entire nation.

Jan C. Scruggs came home from Vietnam in 1969 with permanent souvenirs. His body was riddled with shrapnel. But his most painful injuries were of the mind and spirit. Ten years after his return, he envisioned a way to heal the psychic wounds of his fellow veterans and the nation— a monument, not to the war, but to those who fought it, with the names of everyone killed in action inscribed upon it.

Three years later, after raising over $8 million from private donors, seeing legislation through Congress, and fighting battles on multiple fronts over the controversial design, Scruggs realized his dream. The wall lists more than 58,000 Americans who gave their lives in the war. “The Wall that Heals” is one of the most popular sites on the National Mall.

Veterans’ records at the National Archives

The National Archives and Records Administration holds the records of U.S. military personnel. A veteran (or next of kin) may request his or her individual military personnel file (201 file). For information about obtaining these records, visit archives.gov/veterans.

Personnel records of civilians who worked for the various branches of the military are also held in the National Personnel Records Center. For information about obtaining these records, visit https://www.archives.gov/st-louis/opf

See Documents and Photos from Legacy 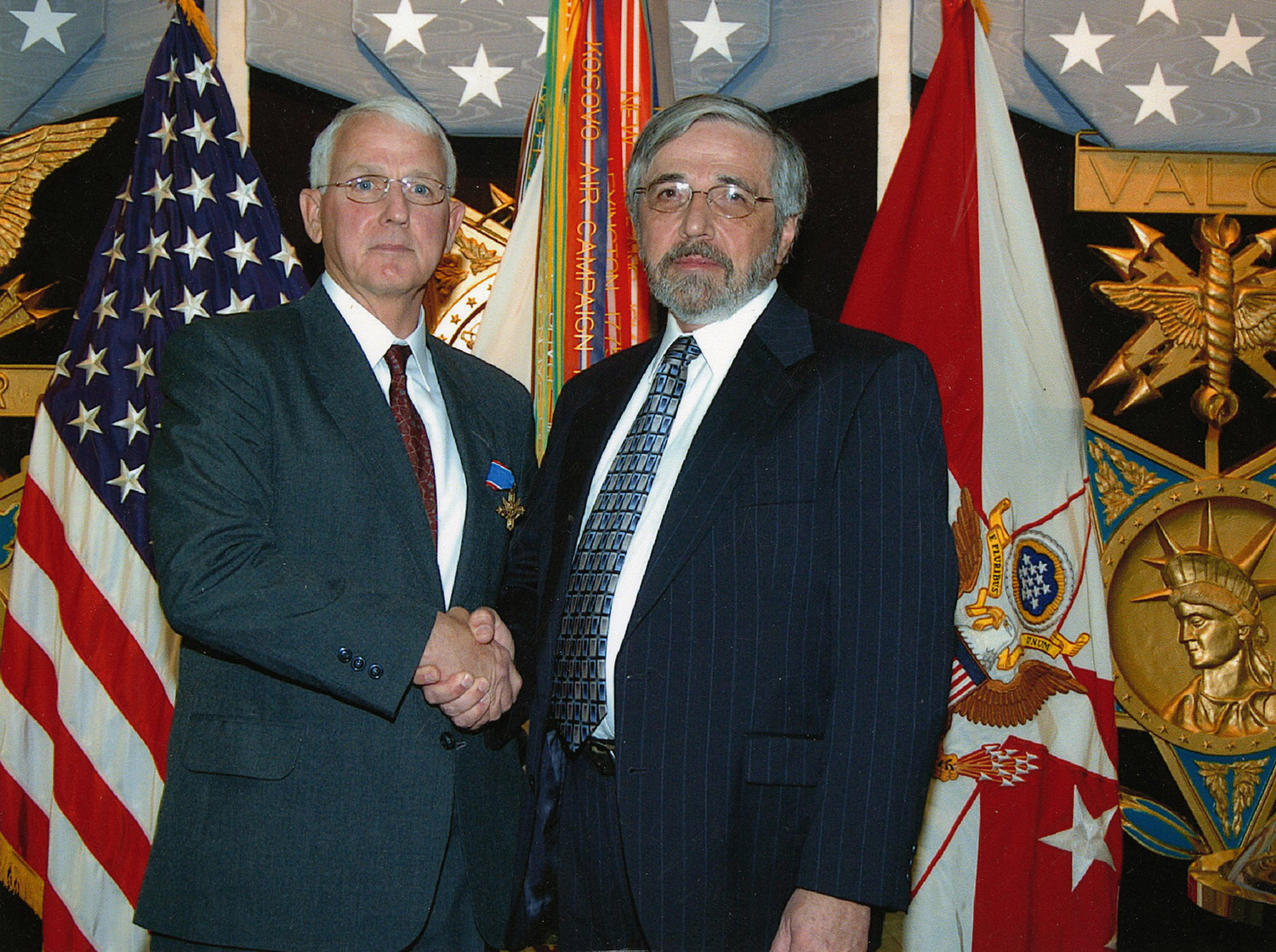 Stephen E. Lawrence (left) shakes hands with Richard Boylan, the archivist who found the order for his award, March 24, 2005

Explore the 12 Critical Episodes of the Remembering Vietnam Exhibition