NARA Behind the Scenes: The Rediscovered Life of the 'Lost Soldier of Chickamauga'

[Editor’s note: This is part 2 of 2 on the Civil War pension file of Hugh Thompson. Read the main story about Thompson’s life in part 1, The Rediscovered Life of the “Lost Soldier of Chickamauga.”] 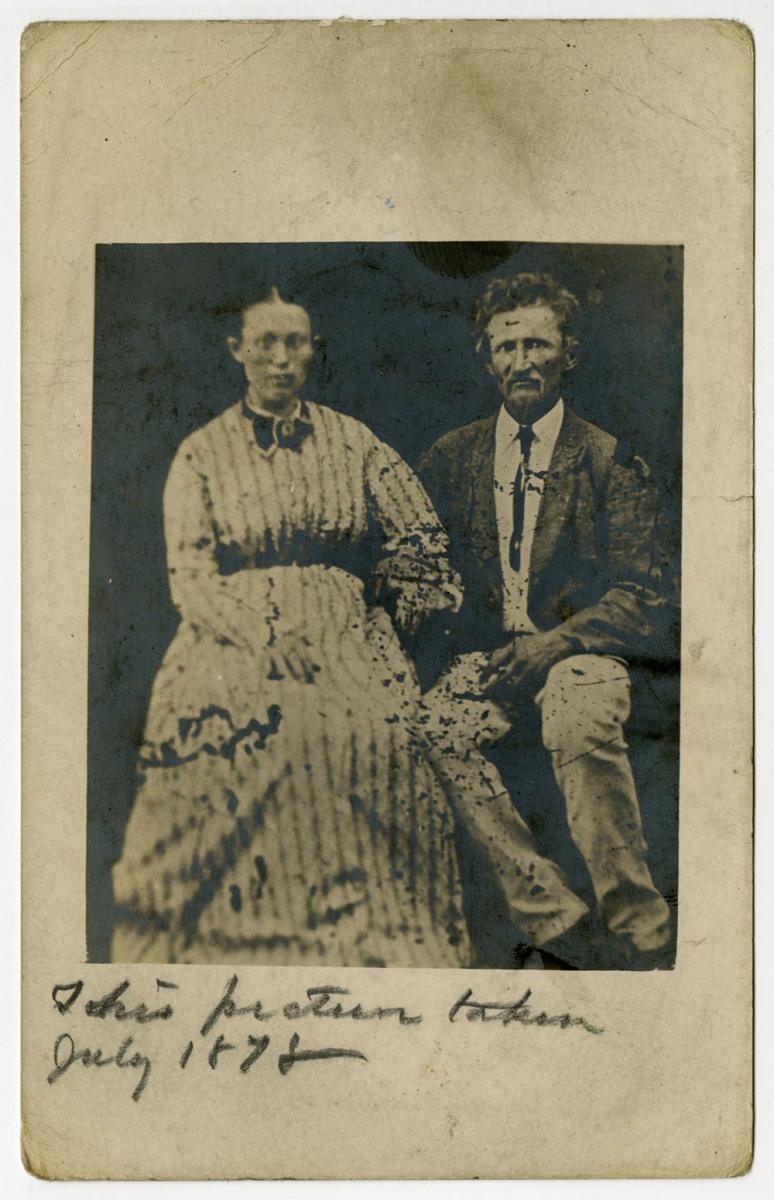 WASHINGTON, April 17, 2020 — A pension file is personal—so personal that the uninitiated researcher might brush it off as something relevant only for the person or their descendants. But two National Archives staff members familiar with the Lost Soldier of Chickamauga digitization project explain why they deserve a second look.

Most people don't realize just how much information can be found in pensions, from a genealogical standpoint. People have found family members who have written affidavits for pension claims, or families of judges or examiners who presided over pension cases. For cases like Hugh Thompson’s, using the affidavits and recollections of Hugh and his family members, you can create an accurate timeline of their family, family farm, [family] members who've died, and, specifically for them, names of people who leased out the farmland. It's what the general public uses to connect those dots to create links between neighbors who could have married further into the future, for example.

For me, it was interesting to see how the pension office thought to preserve the different papers within the folders. Someone took the time to laminate newspaper clippings from the 1880s. Between that and the printing of photos on cardstock/postcards, it was fascinating to me how some of the included papers were obviously taken care of while others were just shoved into the envelopes. 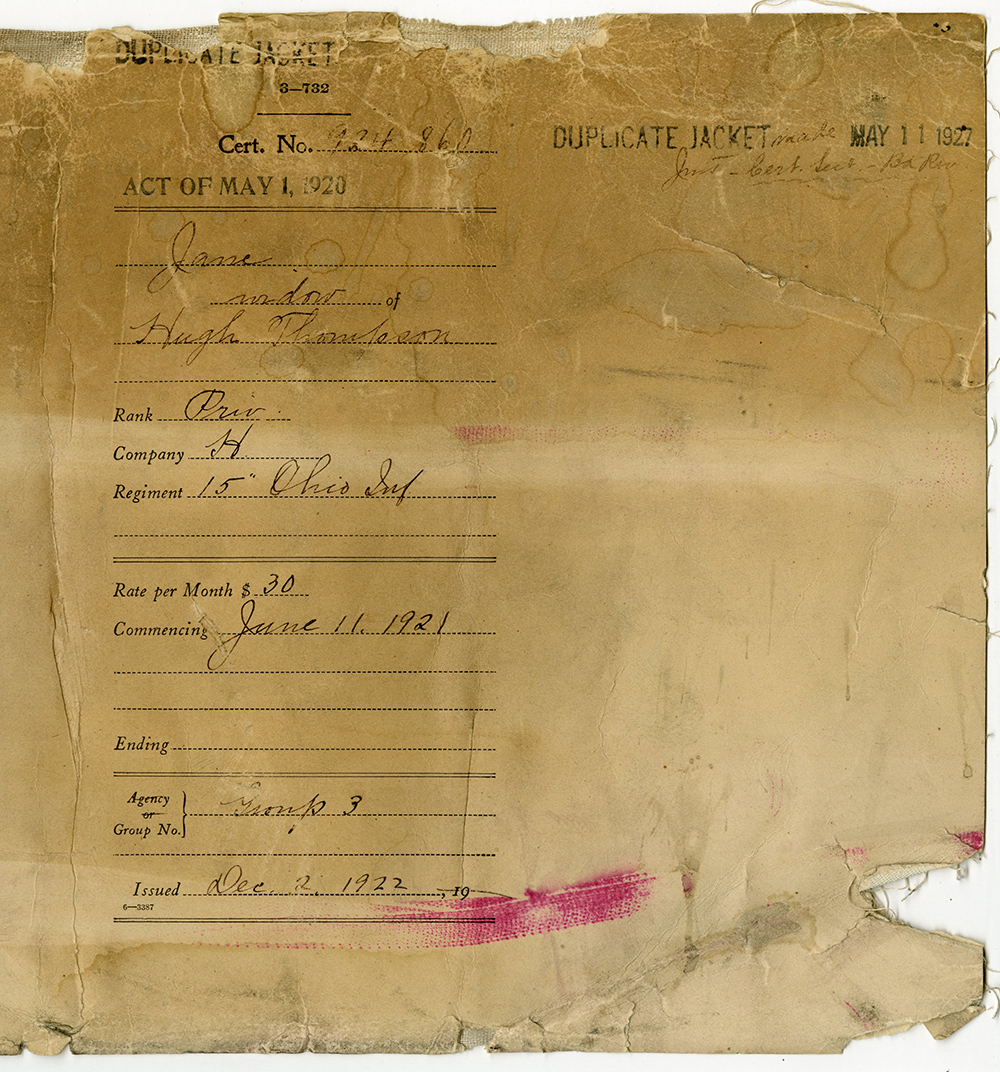 Dye from the red cotton twill tape holding the bundle together transferred color to the paper. (National Archives Identifier 165322564)

These files are great because you can come at them from so many perspectives. Different people might find different things interesting in the file.

I think that content-wise, you can learn information about this man's life in particular, which is what genealogists would get out of it. Military historians might be interested in the details of the battle that injured him, and from a medical history perspective, you can see what physical and mental healthcare was like after the Civil War. Veterans might find it interesting to see what a soldier from 150 years ago went through to claim his military benefits. There is even information from the backs of the newspaper clippings on topics such as attitudes toward fashion.

Preservation-wise, I would say—anecdotally—that there are more tattered edges and torn pages in this file than in the average pension, and in person it felt more fragile. You can see the effects of repeated handling. For example, on one record, there is a visible thumbprint smudge, which is why we use nitrile gloves when handling photos nowadays. On another page, you can see where the red cotton twill tape holding the bundle together blocked some of the dust/dirt from collecting on the paper. There are also visible effects of water damage, both from where the wet red tape transferred color to the paper, and where the water affected the paper. You can see the tide lines on the top part of the page. (Actually, you can see the water damage tide lines on a lot of the pages in this file.) Some pages have been torn, and the pieces haven't been kept together. We can't tell whether this happened at the pension office or at NARA, but it definitely illustrates how the file has been handled in the past, and the importance of handling documents carefully and being sure to keep them in their original order.