Panelists School the Public on Bill of Rights Day 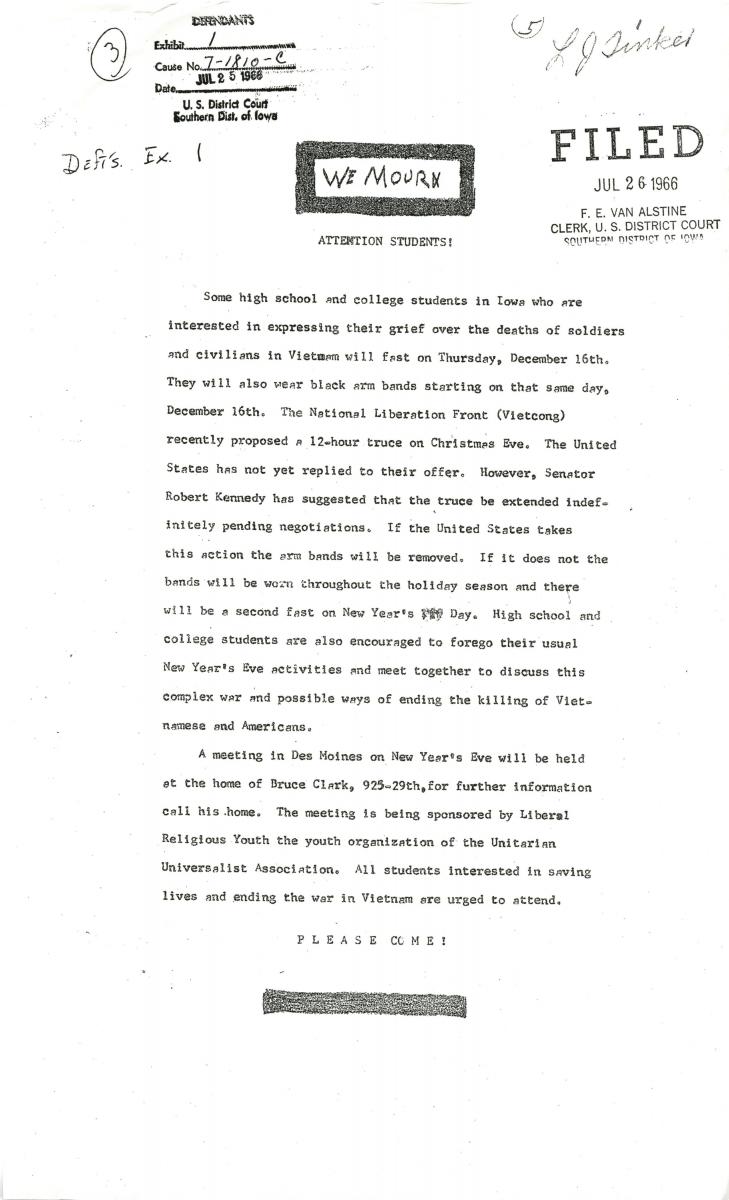 Part of the Tinker v. Des Moines lawsuit casefile from the U.S. District Court in the Southern District of Iowa.

View in National Archives Catalog, no. 161

WASHINGTON, December 22, 2020—When you cross the threshold of a public school, does the Bill of Rights still apply?

The National Archives marked the 229th anniversary of the ratification of the Bill of Rights with a virtual discussion about the intersection of law and education last week, moderated by Stephen Wermiel of American University.

"These amendments protect our most fundamental rights—freedom of speech, protest, and conscience—and guarantee our equal protection under the law," David S. Ferriero, Archivist of the United States, said during his introduction to the panel.

Tinker, who went on to become a trauma nurse after rising to prominence as a teenager battling for the right to wear a black armband to school to protest the war in Vietnam, believes her legal victory supports a greater good for students across the United States. The Supreme Court heard the case, which set precedent for other lawsuits involving First Amendment freedoms and protections, in November 1968. (Read more about the Tinker v. Des Moines case in the "Education Updates" blog from National Archives).

View the event in its entirety online.

Bill of Rights Day commemorates the ratification of the first 10 amendments to the U.S. Constitution on December 15, 1791. In President Franklin D. Roosevelt’s 1941 proclamation, he asked that December 15 be “set apart as a day of mobilization for freedom and for human rights, a day of remembrance of the democratic and peaceful action by which these rights were gained, a day of reassessment of their present meaning and their living worth.” The document is among the Charters of Freedom on display in the National Archives Rotunda. Check Archives.gov for updates on the opening status of the Rotunda and other National Archives facilities around the country.

This discussion was presented by the National Archives and Records Administration in partnership with iCivics.