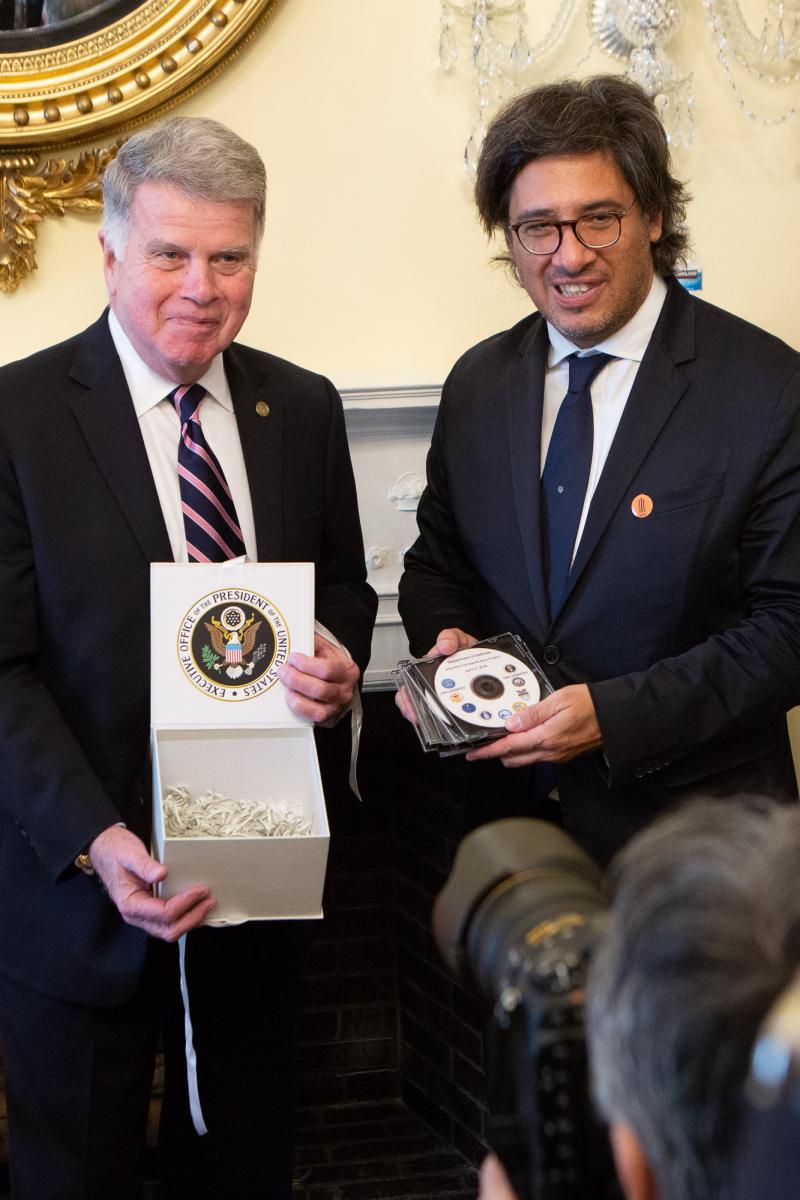 The largest government-to-government declassification release in United States history, the latest release represents the final stage of an effort by the U.S. Government to search, identify, review for public access, and provide records that shed light on human-rights abuses in Argentina between 1975 and 1984, committed during the military dictatorship of that nation (1976–1983).

As a result, since 2016, the government of Argentina received more than 43,000 pages of U.S. documents from 16 executive branch agencies, including intelligence, defense, and law enforcement.

“The National Archives serves a crucial role as our Nation’s record-keeper,” Ferriero said in his remarks. “Our mission is to collect, protect, and preserve the permanently valuable records of all three branches of the United States Government. Public access to government records strengthens democracy by allowing citizens to hold their government accountable, understand their history, and participate more effectively in their government.”

Ferriero noted the historic nature and significance of the project, including the fact that the project spanned two Presidential administrations and 16 executive branch agencies participated.

“The project is unparalleled for its scope and breadth,” Ferriero said. “More than 380 employees from these agencies spent almost 32,000 hours searching for and reviewing records on a word-for-word basis. And the results of those reviews are impressive.”

“For this last tranche of records, the staff at National Declassification Center searched over 740 cubic feet of records and identified over 4,600 pages for inclusion,” Ferriero said. He explained that the records were created by a variety of different U.S. government agencies,  including the Air Force, Army, the Departments of Justice, Labor, and State, the Federal Bureau of Investigation, the Joint Staff, the U.S. Information Agency, and the U.S. Agency for International Development.

“Using archival records,” Ferriero added, “this project was designed to help families and victims find closure, peace and justice; ensure accountability and aid judicial processes; and aid Argentine citizens understand its history. The declassification of these records greatly aids the national history so we can learn from it. The lessons from these records––and from survivors and those who seek truth and justice for the people of Argentina––are meaningful and offer hope for the future.”

“Thank you very much . . . for bringing this information to our country. [The] information will help to heal the injuries, to move forward, to bring strong justice, memory, and truth. Our country has reaffirmed its commitment to achieve a fairer, more inclusive society. This document that I received today . . . will make a contribution for building a more democratic society.”

To coincide with the delivery of the final documents, the records are available online in a central portal by the Office of the Director of National Intelligence. The collection as a whole can be found at intel.gov/argentina.

Records released by the National Archives’ National Declassification Center are available to the public at Archives.gov.