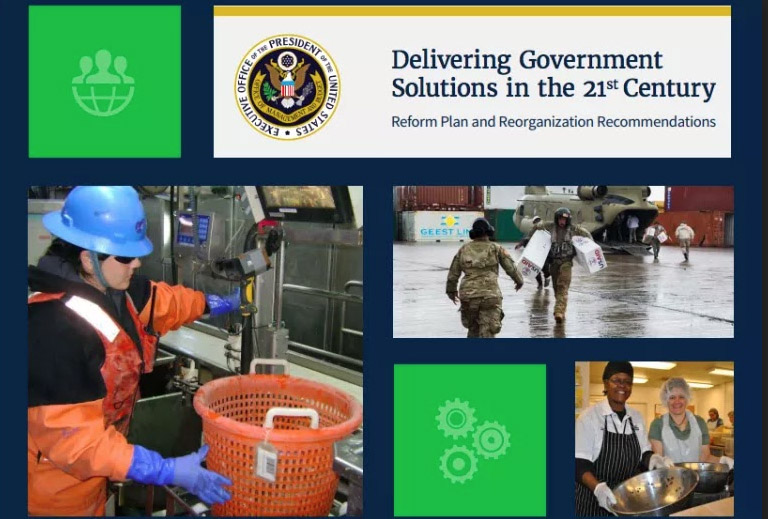 WASHINGTON, July 3, 2018 — The Archivist of the United States applauded the inclusion of the National Archives and Record Administration’s reform proposal in the President’s plan to reform and reorganize the Federal Government.

Writing in his AOTUS Blog on June 25, 2018, David S. Ferriero said the President’s plan endorses a goal in the National Archives’ own Strategic Plan to stop accepting paper records by December 31, 2022. It also adds new expectations for Executive Branch agencies to support the transition to fully electronic records management.

The White House released the plan to reform and reorganize the Federal Government on June 21. One of the major tenets of “The Government Reform Plan” transitions Federal agencies’ business processes and recordkeeping to a fully electronic environment and terminates the National Archives and Records Administration’s acceptance of paper records by year-end 2022.

The Summary of Proposal in the National Archives’ proposed reform plan, “Transition to Electronic Government,” states that it “would improve agencies’ efficiency, effectiveness, and responsiveness to citizens by converting paper-based processes to electronic workflows, expanding online services, and enhancing management of Government records, data, and information.”

Ferriero explained that the National Archives’ reform plan proposal was based on ideas contributed by staff in a survey, and he thanked agency employees for their contribution. The agency also used the FY 2018–2022 Strategic Planning process to develop and refine these ideas, and collected staff feedback in a series of town halls, surveys, and participation in our internal collaboration network.

“The result is a reform plan that complements our Strategic Plan, puts records management at the forefront of other agencies’ reform agendas, and will help drive greater efficiency and effectiveness while making the Federal government more responsive to the American people,” Ferriero wrote.