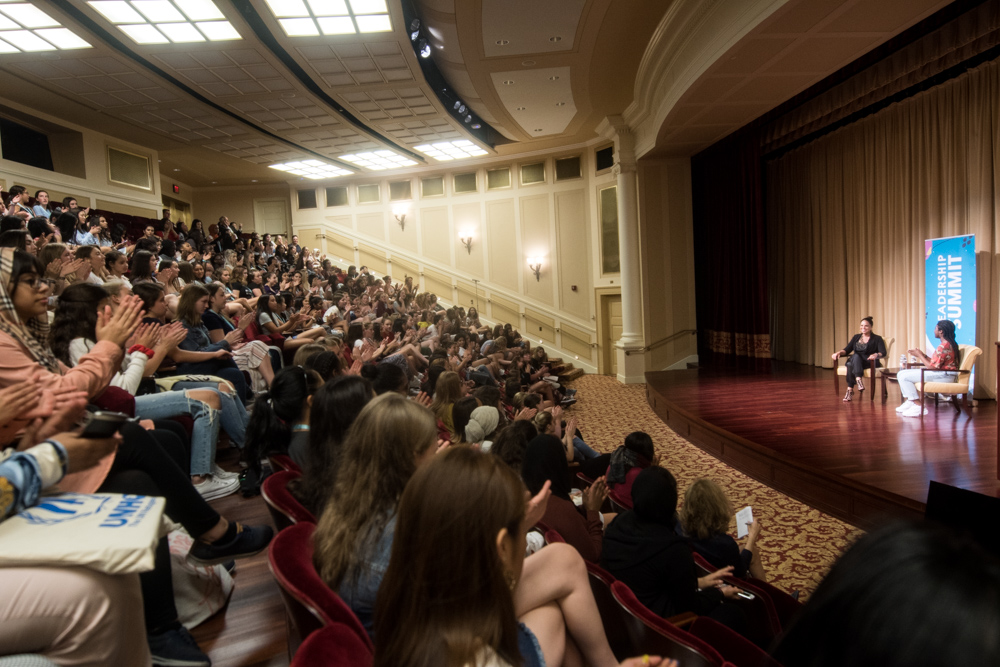 WASHINGTON, July 24, 2019  — Hundreds of young female leaders aged 13–22 from across the United States and around the world visited the National Archives Museum as part of the eighth annual Girl Up Leadership Summit. Girl Up is an international leadership program that empowers young women to work for social change.  The program is a campaign of the United Nations Foundation, which supports the United Nations, and it aims to develop women leaders across the world and promote gender equality.

As part of the tour, the visitors had a chance to see the new Rightfully Hers: American Women and the Vote exhibit, which opened in May to commemorate the centennial of women’s suffrage. The exhibit tells the story of the complex journey toward women’s suffrage and the struggles women faced even after the ratification of the 19th Amendment.

The visitors were able to view the Charters of Freedom—the Declaration of Independence, the Constitution and the Bill of Rights—and were treated to an ice cream social by Ben & Jerry’s featuring the flavor “Empower Mint.”

The program featured a fireside chat with journalist and author Soledad O’Brien, who is a member of the National Archives Foundation board. Girl Up teen adviser Toni Bamisaye moderated the conversation. Topics of discussion included women in politics, challenges for women in the workplace, and O’Brien’s experiences in journalism.

O’Brien said her first experience voting was nothing special and that her parents dragged her along. When the Rightfully Hers exhibit was in the works, O’Brien said she learned more about the reality of women being excluded from the vote.

O’Brien said she did not realize the connection between the first time she voted and the challenge women faced to achieve the same feat 100 years before her. 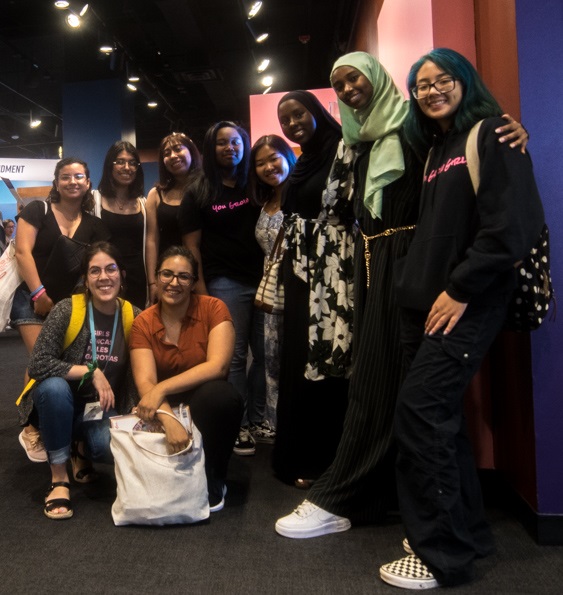 Attendees at the Girl Up Leadership Summit visited the Rightfully Hers exhibit, which commemorates the centennial of women’s suffrage. (National Archives photo by Ted Chaffman)

Bamisaye said she was honored to be able to speak with O’Brien. She said she became involved in the Girl Up program in her hometown of London, and she recently completed her year-long term as a Girl Up teen adviser. When viewing the Rightfully Hers exhibit, she said the passage of the 19th Amendment was amazing, but as a woman of color, she felt it was unfair that only some women were able to vote.

The goals of the suffrage movement mirror much of Girl Up’s mission of educating and empowering young women to lead. Maryam and Nivaal Rehman, 17-year-old twins from Toronto, worked to expand the Girl Up program in Canada and recently completed a documentary about girls’ education in Pakistan. They said they appreciated the interactive nature of the Rightfully Hers exhibit and the National Archives Foundation’s partnership with the Girl Up program.

“We're really interested in making sure that whenever we tell stories they’re the most accessible and interactive as possible because then people really engage with them and they learn more,” Nivaal Rehman said. “And so the fact that the Archives did this and the fact that they have Girl Up here is a really cool collaboration.”