WASHINGTON, March 29, 2018 — As Major League Baseball gets a new season under way, fans around the country are looking forward to rooting for their favorite teams in the months ahead. Lovers of baseball can also look back on some interesting National Archives records related to the all-American pastime, including patents held by former players, some of whom are members of the National Baseball Hall of Fame.

The agency has quite a few patent records related to baseball, according to archivist Bob Beebe from the National Archives in Kansas City. In the records of the U.S. Patent and Trademark Office (Record Group 241) there are several invention patents relating to the game, such as patents for the baseball bat, batting glove, catcher’s mask, and the actual baseball itself.

“While searching through our patent holdings, I looked for a theme other than just the more popular drawings related to baseball,” Beebe said. “While doing so, I discovered that several Hall-of-Famers have actually been issued patents.”

In fact, eight Major League Baseball Hall-of-Fame inductees hold patents or have an application in with the patent office.

Six Hall of Fame members—five players/managers and one umpire—have patents in the National Archives collection, ranging from bases to sliding pads, sunglasses to cleats. Hall-of-Famers Fred Clarke, Tommy McCarthy, Bill Klem, Kid Nichols, Elmer Flick, and Max Carey were all issued patents related to the game of baseball. Clarke and Carey are the only two to have more than one patent—Clarke has four and Carey has two, according to Beebe.

Fred Clarke was a Major League Baseball player from 1894 to 1915, and he was a manager from 1897 to 1915. A Hall of Famer, Clarke played for and managed both the Louisville Colonels and Pittsburgh Pirates and was inducted into the Hall of Fame in 1945. One of Clarke’s four patents includes a canvas cover to keep the infield diamond and a portion of the outfield dry during wet weather, using guy ropes and stakes.

Another of Clarke’s patents focuses on “improvements to eyeglasses or spectacles adapted for the use of baseball players whose positions when in the field are such that they are forced to look toward the sun in facing the diamond or the batter.”

A cover sheet and patent drawing for Patent #835219 tracks the documents from start to finish for the “Base Ball Player’s Pad” as submitted by Elmer Flick in 1906. (Record Group 241: United States Patent and Trademark Office, Patent case files, 1836-1978. National Archives at Kansas City.)

A cover sheet and patent drawing for Patent #983857 tracks the documents from start to finish for the “Diamond Covers” as submitted by Fred C. Clarke in 1909. (Record Group 241: United States Patent and Trademark Office, Patent case files, 1836-1978. National Archives at Kansas City.)

A cover sheet and patent drawing for Patent #1034476 tracks the documents from start to finish for the “Cleats for Baseball Shoes” as submitted by Thomas F. McCarthy in 1912. (Record Group 241: United States Patent and Trademark Office, Patent case files, 1836-1978. National Archives at Kansas City.)

A cover sheet and patent drawing for Patent #1044494 tracks the documents from start to finish for the “Sliding Pad for Baseball Players” as submitted by Frederick C. Clarke in 1911. (Record Group 241: United States Patent and Trademark Office, Patent case files, 1836-1978. National Archives at Kansas City.)

A patent drawing for Patent #1069629 for the “Amusement Apparatus” that simulates a baseball game as submitted by Charles Nichols in 1907. (Record Group 241: United States Patent and Trademark Office, Patent case files, 1836-1978. National Archives at Kansas City.)

A cover sheet and patent drawing for Patent #1181291 tracks the documents from start to finish for the “Sun Glasses” as submitted by Fred C. Clarke in 1915. (Record Group 241: United States Patent and Trademark Office, Patent case files, 1836-1978. National Archives at Kansas City.)

A cover sheet and patent drawing for Patent #1641318 tracks the documents from start to finish for the “Sliding Pads” as submitted by Max G. Carey in 1924. (Record Group 241: United States Patent and Trademark Office, Patent case files, 1836-1978. National Archives at Kansas City.)

A cover sheet and patent drawing for Patent #2471736 tracks the documents from start to finish for the “Baseball Base” as submitted by William J. Klem and John G. Fleming in 1947. (Record Group 241: United States Patent and Trademark Office, Patent case files, 1836-1978. National Archives at Kansas City.)

“My favorite is definitely the one from Fred Clarke for sunglasses that allowed a fielder to flip the sun glasses up and down as needed to better see the batter or diamond,” Beebe said.

Thomas Francis Michael McCarthy was a Major League Baseball player from 1884 to 1896.  McCarthy played for the Boston Reds, the Boston Beaneaters, Philadelphia Quakers, and the Brooklyn Bridegrooms at the end of his career. Inducted to the Baseball Hall of Fame in 1946, McCarthy’s patent was issued for a cleat that attaches to the bottom of the player’s shoe, preventing slipping.

Bill Klem, known as the “Old Arbitrator” and the “father of baseball umpires,” was a National League umpire in Major League Baseball from 1905 to 1941. Working 18 World Series—a major league record—Klem was posthumously inducted into the Baseball Hall of Fame in 1953. His patent provides improvements for baseball bases—specifically, the bases with a sloping dirt-resistant and waterproof surface, shaped to present less of a hazard to base runners.

Charles Augustus “Kid” Nichols was a Major League Baseball pitcher who played for the Boston Beaneaters/Braves, St. Louis Cardinals, and Philadelphia Phillies from 1890 to 1906. Inducted into the Hall of Fame in 1949, Nichols submitted a patent for an “amusement apparatus” that uses a display board of a baseball diamond equipped with figures and lights to simulate a game taking place elsewhere. It was an early attempt at the kind of simultaneous broadcasts to which we now have access in real time on sports websites.

Nichols’s patent application explains that his invention “will picture...each individual play made in the game, together with temporary and recording parts, and means by which the standing of the opposing teams may be shown during the progress of the game.”

Elmer Harrison Flick was a major league outfielder from 1898 to 1910 for the Philadelphia Phillies, Philadelphia Athletics, and Cleveland Bronchos/Naps. He was elected to the Baseball Hall of Fame in 1963. His patent, one of the earliest Beebe came across in National Archives files, is for a protective pad to better cushion ballplayer’s hips when sliding to a base.

Maximillian George Carnarius, better known as Max George Carey, also has a patent issued for protective pads. His patent for sliding pads would better protect ballplayers from injury during the act of sliding into a base. Carey, a center fielder and later a manager, played for the Pittsburgh Pirates and the Brooklyn Robins from 1910 through 1929; he managed the Brooklyn Dodgers in 1932 and 1933. Carey was elected to the National Baseball Hall of Fame in 1961.

During his search, Beebe also uncovered a couple of more recent patents and patent applications. Major leaguer Craig Biggio was issued a patent in 2013 for a “Training Aid for a Batter.” Biggio, a former second baseman and catcher in the majors, played his entire career from 1988 through 2007 for the Houston Astros. He was elected to the Hall of Fame in 2015. Biggio’s patent, issued in 2013, relates to a “training aid for a batter” that provides immediate feedback when the batter improperly swings a bat.

Cal Ripken, Jr.—a shortstop and third baseman who played 21 seasons in the majors for the Baltimore Orioles, from 1981 to 2001, and was elected into the Hall of Fame in his first year of eligibility in 2007—has submitted a patent application for a “System and Method for Objectively Measuring a Player's Ability.” Ripken’s pending patent applies systems and methods that simulate actual game-like situations and is based on a history of real reaction times and a mixture of plays that a major leaguer must make in a game. It allows teams to more objectively evaluate potential ballplayers.

“We don't have anything in our records yet on the Biggio and Ripken patents, however, since they are far too new for our holdings,” Beebe said. “But I did want to mention them since they are created by Hall of Famers.”

The National Archives holds patent records from 1836 through 1978.

“All of the various internet sources for patents only contain the patent as issued by the U.S. Patent and Trademark Office," Beebe said. "The patent case file series NAID 302050 at the National Archives at Kansas City has the original submitted application, drawings, correspondence, and other documents all related to the issuance of the patent.”  Beebe added that a search on the Internet will uncover more information on the more recent and patents still pending and too new for the Archives files.

Earlier this week, the National Archives posted a web page citing many of the baseball-related records in the agency’s collection. America’s Favorite Pastime: Baseball and the Archives provides links to documents, images, videos, blogs, and articles for the nation’s baseball fans.

To read more about the history of baseball and the holdings of the Archives, click here. 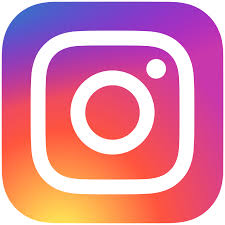 usnatarchives - Summer is more fun at the ballpark when you see the #FirstPitchWithFDR!