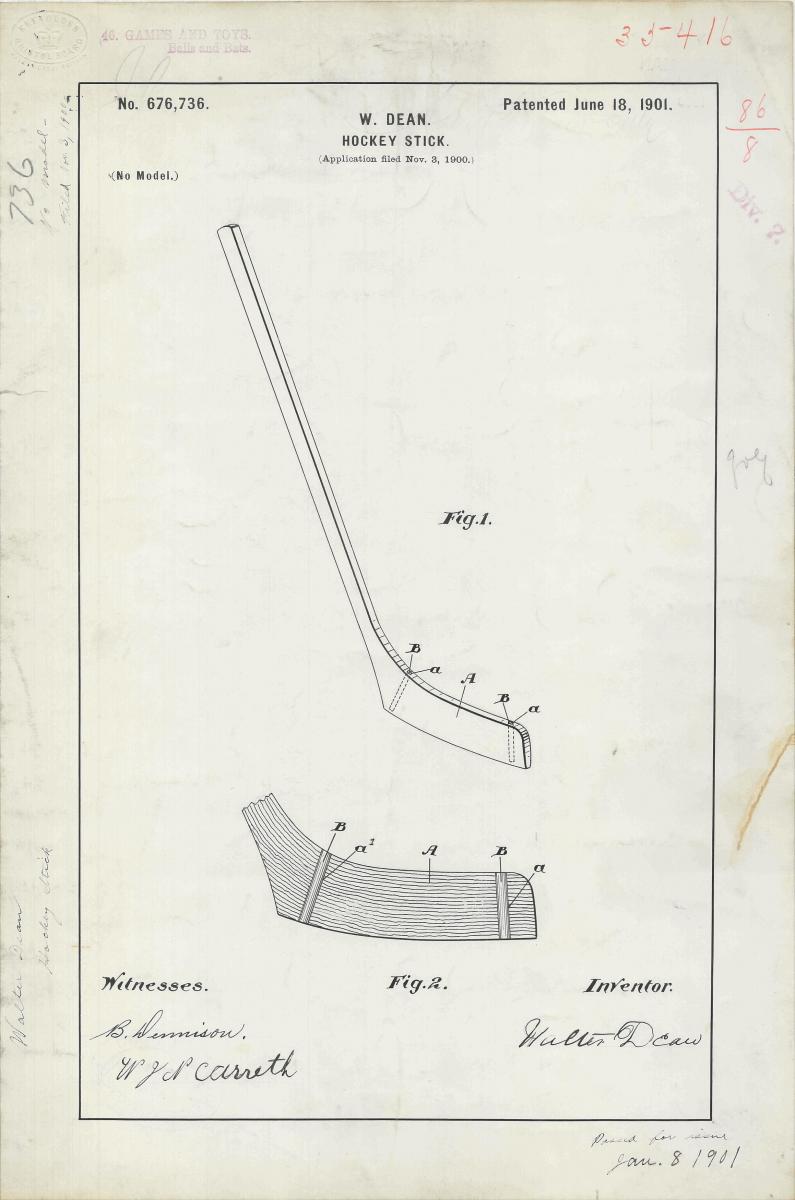 A hockey stick patent will be featured as part of a special exhibit honoring the sport in celebration of the Washington Capital's recent Stanley Cup victory.

WASHINGTON, June 11, 2018 — Hockey mania has taken over Washington, DC. With the Washington Capitals’ recent Stanley Cup victory—the first one in franchise history—Washingtonians are #ALLCAPS these days.

Thousands of fans are expected to view the victory parade and pep rally on Tuesday near the National Archives Building on Constitution Avenue, and the agency’s museum will offer them a special treat by featuring an exhibit of hockey-related patents from the agency’s holdings.

“The National Archives Museum celebrates its home team’s triumph with a look at early hockey equipment,” said Michael Hussey, museum program manager. “These three patent design illustrations show that not only the Caps, but also the sport of hockey itself, have come a long way.”

Alice Kamps, exhibits information specialist and curator for this exhibit, said she selected items that showcased the game’s development over the years.

“I chose patent drawings of a skate and hockey stick from the early 1900s, when professional hockey was just getting started, and a puck from 1940 that was supposed to be less dangerous,” Kamps said.

“I wanted to show how much hockey equipment has improved from its beginnings, just as the Caps have improved from being one of the worst professional hockey teams to become the Stanley Cup champions,” Kamps added.

The Capitals joined the National Hockey League as an expansion team in 1974. The new franchise finished its first season with the lowest winning percentage in NHL history. The 1974–75 Caps made ESPN’s list of the “Worst Pro Teams of All-time.” In 2018 they made it onto another list, the list of National Hockey League champions, after defeating the Las Vegas Golden Knights in five games during the championship final series.

Visitors can view the patent exhibit in the West Rotunda Gallery in the National Archives Museum at 701 Constitution Avenue, NW, Washington, DC. The exhibit is free and open to the public between 10 a.m. and 5:30 p.m. from June 12 to June 17. 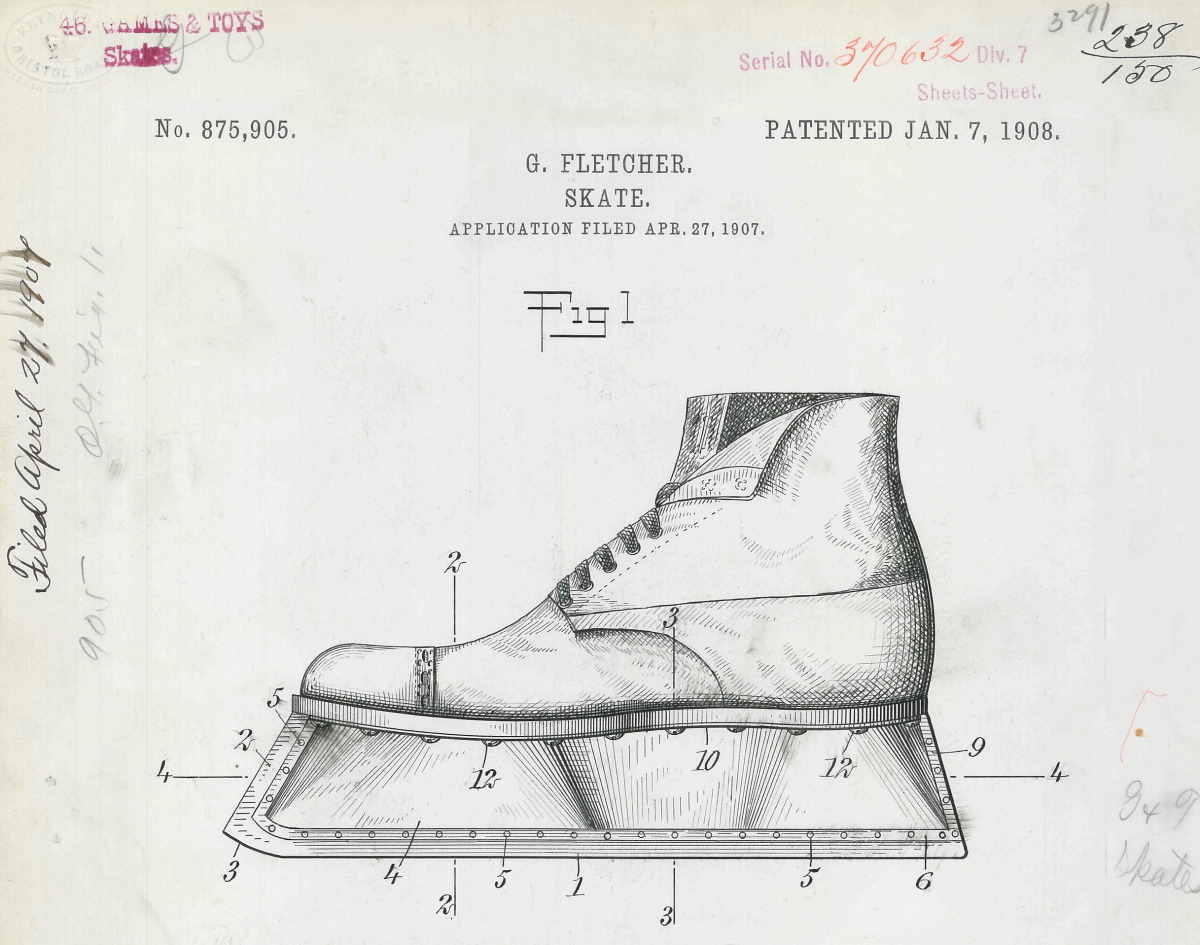 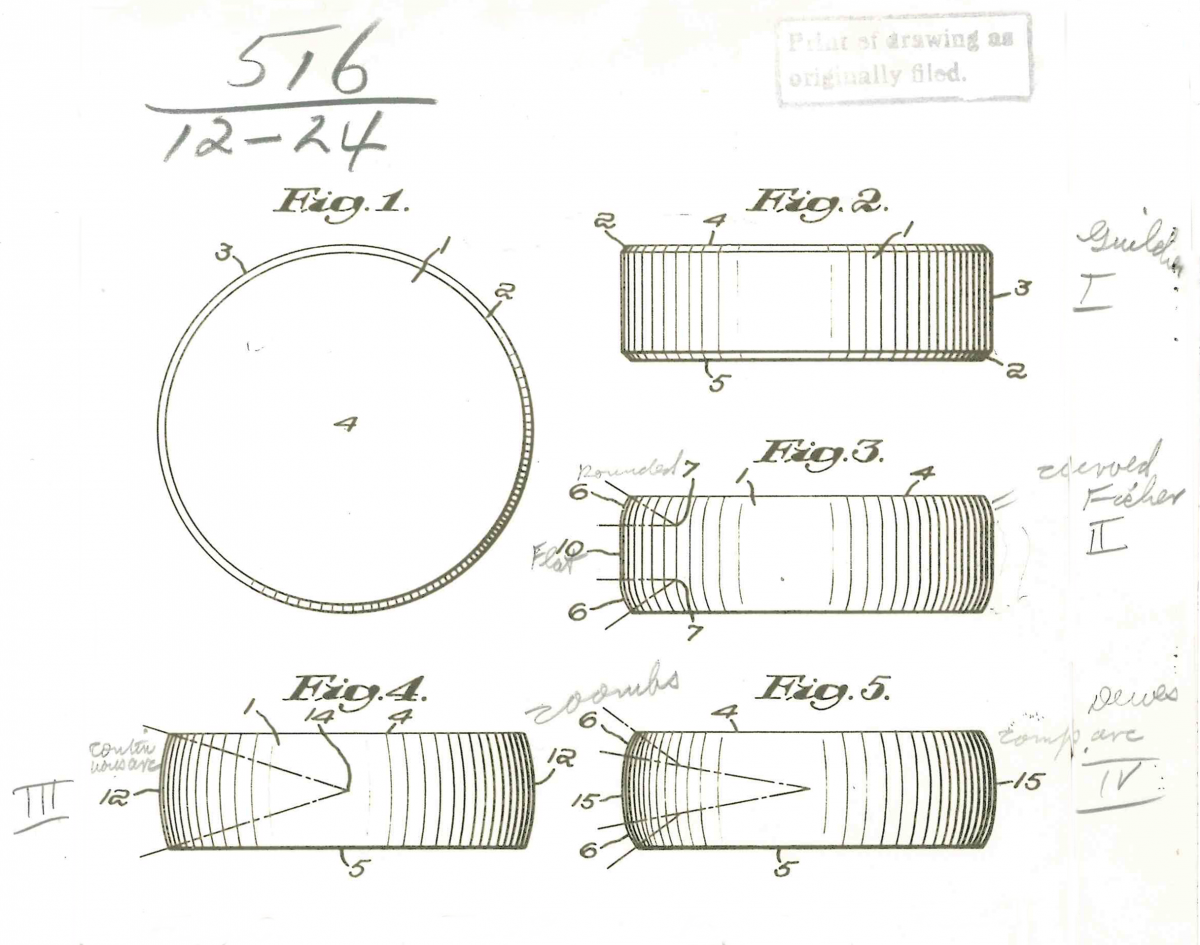