WASHINGTON, February 20, 2020 — For investigative journalist Jerry Mitchell, it was a book 30 years in the making. At its core was a series of racially motivated killings in Mississippi that took decades to be resolved. 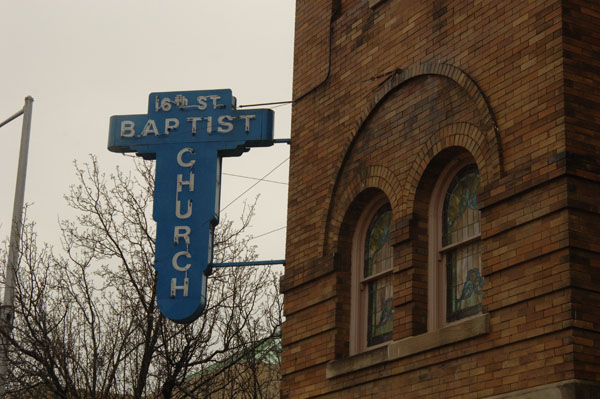 The 16th Street Baptist Church in Birmingham, AL, was a key meeting place during the civil rights movement and site of a 1963 bombing, (National Archives Identifier 5629366)

There was the assassination of civil rights activist Medgar Evers. The firebombing and death of Vernon Dahmer. The 16th Street Baptist Church bombing in Birmingham that left four girls dead. The slayings of three civil rights workers, known as the Mississippi Burning case.

Speaking to a public audience at National Archives in Washington, DC, on February 18, Mitchell recounted how, as a reporter in Mississippi, he helped unfurl the paper trail that led to the retrial of these cold cases from the 1960s, and others like them. Mitchell’s work on these cases would eventually become the basis of his new book, Race Against Time: A Reporter Reopens the Unsolved Murder Cases of the Civil Rights Era, published earlier this month.

Based on documents leaked from Mississippi’s defunct Sovereignty Commission, Mitchell reported the first story that would relaunch the investigation into the Evers case. It would lead to a series of twists so outlandish, so unlikely, that Mitchell was quick to reassure the audience these were, in fact, the facts of the case.

“At the time that my story ran, which was October 1, 1989, odds were literally more than a million to one against this case ever being reopened and reprosecuted. There was no murder weapon. There was no transcript . . . Nothing of any kind of value in the court files,” Mitchell said. “But Myrlie Evers, the widow of Medgar Evers, believed and she prayed. And some amazing things happened.”

“A couple months later, Jackson police are cleaning out a closet and happened to find a box that contained the crime scene photographs of the killing of Medgar Evers, including a fingerprint of Byron De La Beckwith, lifted from the murder weapon,” Mitchell said. “A few months after that, Myrlie Evers shared with me her copy of the court transcript that she had saved in a safety deposit box. And a few months after that, the prosecutor in the case found the murder weapon in his father-in-law's closet.”

There were moments in reporting that Mitchell said were comical in their absurdity. A confession on cassette tape by a suspect involved in the death of Vernon Dahmer, sent to Mitchell because, well, that’s what the suspect had promised. A witness implicated the defense attorney seated nearby while on the stand. And then, a suspect who claimed he was too sick for jail was discovered within weeks jauntily walking on a golf course. “A reporter's dream,” said Mitchell, showing a photo of the man on the greens. 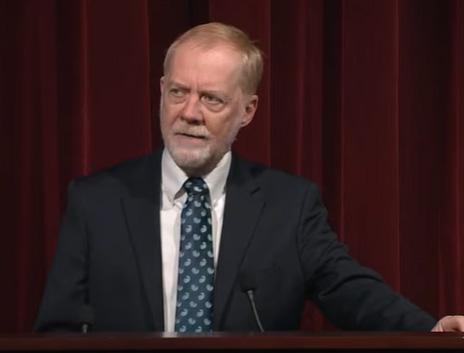 There were also death threats for Mitchell himself as he dug into public records, countered by moments of triumph witnessed alongside widows and children of the dead.

“He has unearthed documents, cajoled suspects and witnesses, and quietly pursued evidence in some of the nation’s most notorious killings,” Archivist of the United States David S. Ferriero said of Mitchell. “His stories have also exposed injustices, incompetence, and corruption, helping lead to investigations, exonerations, firings, and reforms of state agencies.”

The result of his work was multiple criminal convictions of Klansmen and some degree of reconciliation among the families affected, said Mitchell, who compiled years of work at the Clarion-Ledger in Jackson into Race Against Time.

As the jury handed down the verdict in the trial of Byron De La Beckwith in 1994—the man with whom the reporter spent an uncomfortable six hours years earlier, in an interview at the avowed racist’s home—Mitchell was also there.

“When the word ‘guilty’ rang out, you could hear the waves of joy as they cascaded down the hall to a foyer of people, black and white, who just erupted in cheers,” he said. “And I just felt the chills, because the impossible had suddenly become possible.”

Note: With the signing of the Civil Rights Cold Case Records Collection Act of 2018, the National Archives and Records Administration began a collection of copies of civil rights cold case records for incidents that occurred between January 1, 1940, and December 31, 1979. Once completed, Ferriero said, the collection “will reveal that the many years of racism, pain, loss, humiliation, and marginalization has not been forgotten.”