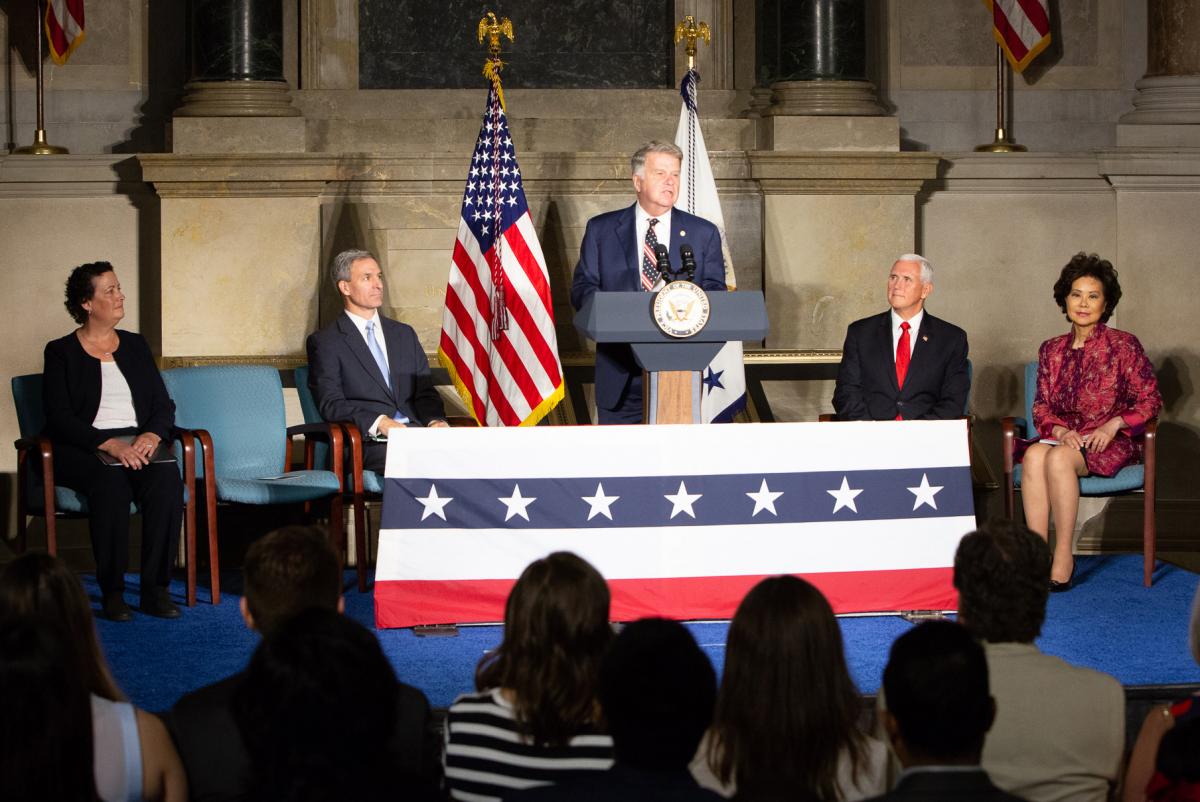 WASHINGTON, July 4, 2019 — The Vice President of the United States welcomed 44 new U.S. citizens during a special ceremony in the National Archives Rotunda on July  4.

“There’s no better place to become an American citizen than here in this room,” Ferriero said. “Behind me is the Constitution, which remains the basis on which our Federal Government is structured. The Preamble contains three important words: ‘We the People.’ That brief, brief phrase is the essence of our democracy.”

Ferriero also spoke about using the passenger lists in the National Archives’ holdings to discover more about his own family heritage. He is the grandson of Italian immigrants, Paolo Ferriero and Antonia Giorgio, who arrived from Naples, Italy, at the turn of the century. Ferriero’s great-grandfather David Buckley arrived in 1883 from County Cork, Ireland.

“Many Americans have stories like mine, and now you are newly naturalized citizens and will have your own journey to share,” Ferriero said. “We have over 15 billion pages of records here at the National Archives. Becoming American citizens makes you part of the National Archives. Your naturalization records will be a part of our holdings, and someday, your descendants will search our records to discover your history.”

“It is a distinct privilege for me to join you and take part in such an important milestone in your lives,” Cuccinelli said. “I’m proud to welcome you as America’s newest citizens, as individuals who’ve made a commitment to this greatest of nations, and I’m confident you’ll dedicate yourself to exercising your new rights and fully meeting your responsibilities as U.S. citizens, all while making positive contributions to the communities in which you live and your new nation.”

Secretary of Transportation Elaine Chao opened her remarks by saying “Wow! You’re so lucky to have the ceremony at the National Archives, home of the founding documents of the United States on America’s Independence Day, and presided over by the Vice President of the United States!”

Chao became an American citizen herself when she was 19 years old. “This is an extraordinarily emotional day, and I got quite teary sitting over there listening to all this because to our new citizens,” she said, before sharing anecdotes from her family’s immigration journey, from China to Taiwan to America.

“I know you’ve worked so hard. You’ve sacrificed so much to enable your families to have better futures and I am here to affirm to you that your sacrifices are worth it,” Chao said. “This country is a great country and it will offer tremendous opportunities and freedom to you and your loved ones.”

“Like those who have spoken before, it is humbling to stand before you,” Pence said. “But it’s almost indescribable for this American to be flanked by these extraordinary documents. Because here, we are surrounded by the three great founding documents of this great nation: the Declaration of Independence, the Constitution of the United States, and the Bill of Rights.”

The Vice President also shared his own family’s coming-to-America story. His grandfather, Richard Michael Cawley, came to America from Ireland in 1923.

Pence urged the petitioners to live out their commitment to this country by creating more opportunity for their families and fellow citizens. “Live out the oath that you took today by contributing to the life of this nation, and use your newfound citizenship for good—for your good, and for the good of the United States of America,” he said. “In so doing, I promise you, you will have paid back all that’s been bequeathed to you if you live a great American life.”

Watch the full ceremony on the National Archives YouTube channel. 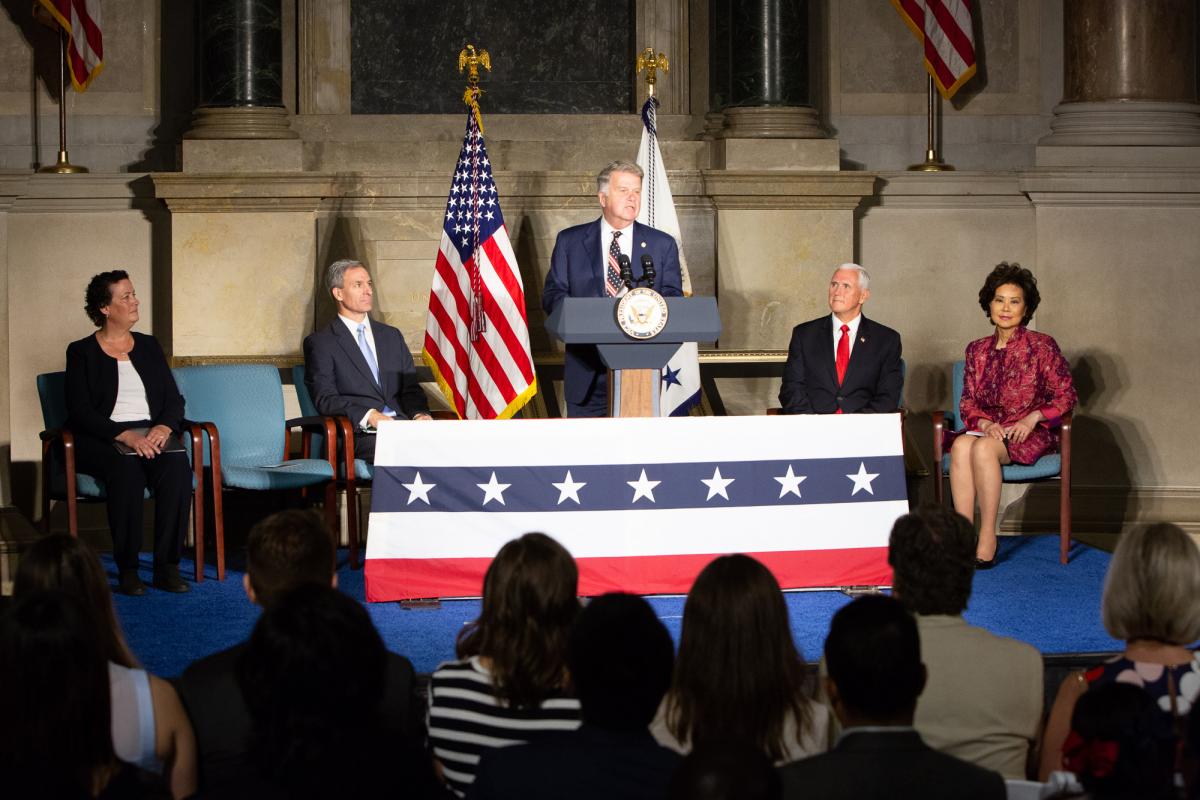 Archivist of the United States David S. Ferriero welcomes Vice President Mike Pence at the naturalization ceremony in the Rotunda of the National Archives. (National Archives photo by Jeff Reed)