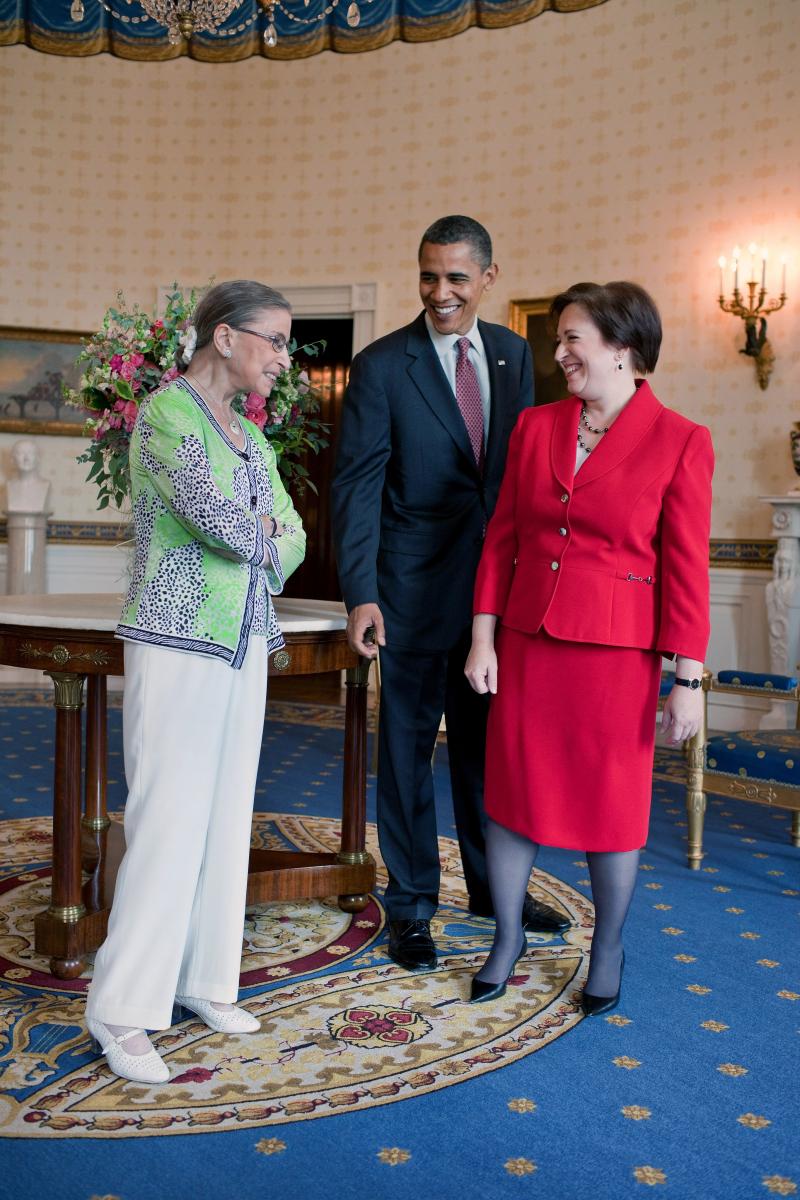 WASHINGTON, September 21, 2020—Associate Justice of the Supreme Court of the United States Ruth Bader Ginsburg died on September 18, after a lengthy legal career as a champion of women’s rights and gender equality.

Ginsburg rose to prominence as a lawyer who argued—and won—gender discrimination cases before the Supreme Court. President Bill Clinton appointed her an associate justice in 1993, making Ginsburg the second woman to serve on the nation’s highest court after Sandra Day O’Connor. (Read a brief tribute from the William J. Clinton Presidential Library.)

“A system of justice will be the richer for diversity of background and experience,” Ginsburg said at her swearing-in ceremony. “It will be poorer, in terms of appreciating what is at stake and the impact of its judgments, if all of its members are cast from the same mold.”

Weeks later, Ginsburg visited the National Archives and Records Administration. Then-Acting Archivist of the United States Trudy Peterson wanted her to see one document in particular from the agency’s holdings: the 19th Amendment to the U.S. Constitution, which granted women the right to vote.

This year, which marks the 100th anniversary of the 19th Amendment, many Americans are mourning the passing of a lifelong defender of gender equality whom Chief Justice John Roberts called "a tireless and resolute champion of justice."

Ginsburg died following a recurrence of pancreatic cancer, the day after Constitution Day and hours before the start of Rosh Hashanah.

Notorious RBG at the National Archives

“Fight for the things you care about, but do it in a way that will lead others to join you.” National Archives Tumblr