WASHINGTON, August 31, 2018 — The National Archives launched a new web page promoting civic education and engagement this week. The new Civic Education page on Archives.gov was unveiled on August 29, 2018, at a symposium on the state of civic engagement in America. 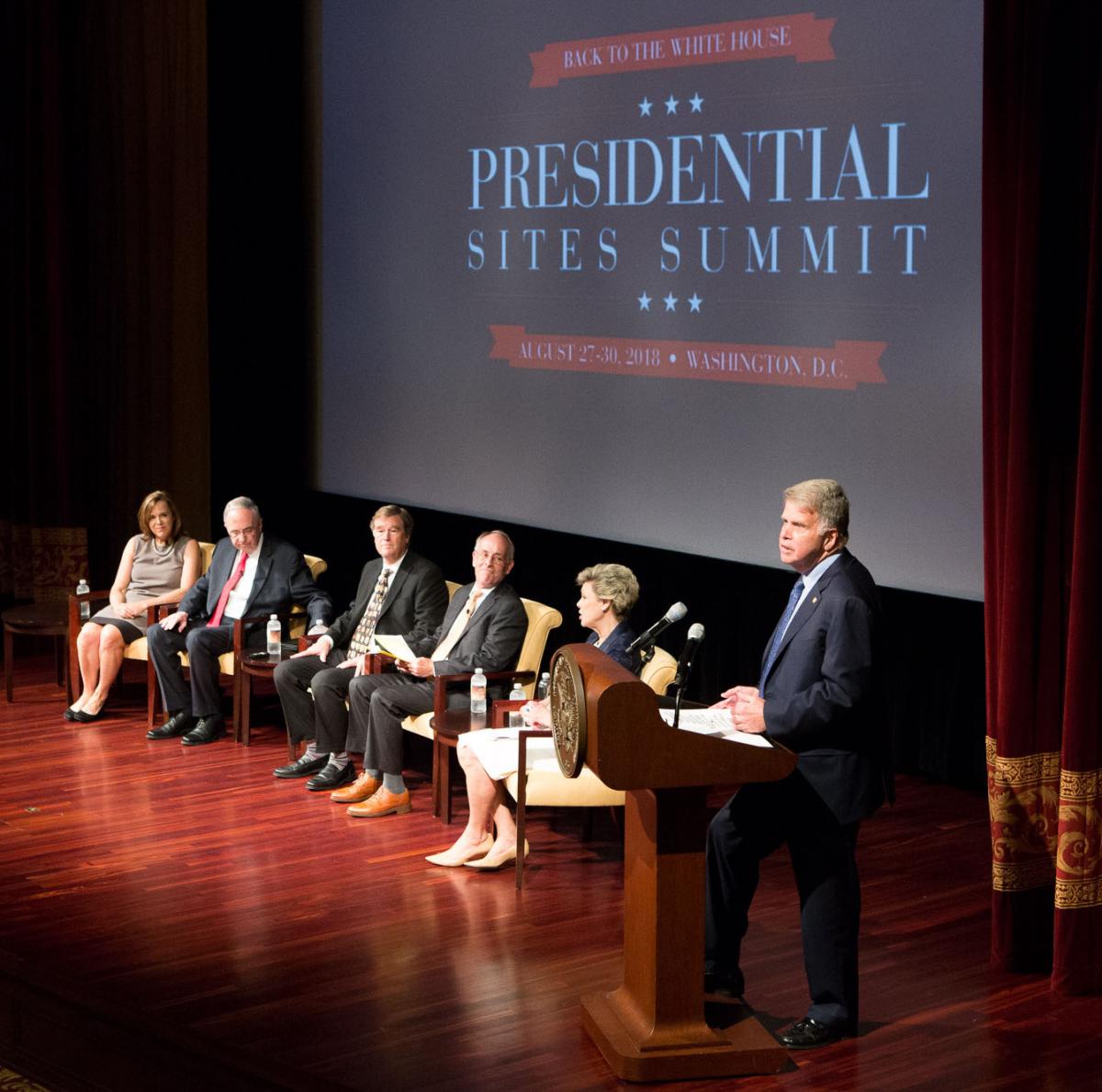 The program was held at the National Archives Building in Washington, DC. It was a featured session of the Presidential Sites Summit, hosted by the White House Historical Association this week in the nation’s capital. Leaders from Presidential libraries, historic homes, and museums around the nation convened to share ideas and discuss outreach on topics such as education, digital engagement in the 21st century, philanthropy, and fundraising.

“Recent studies demonstrate that two-thirds of Americans can’t name all three branches of the government, yet three of four people can name all three stooges,” Ferriero said. “Only 29 percent of eligible voters participated in the 2016 primary election. [And] less than half of the public can name a single Supreme Court Justice; yet two-thirds of Americans know at least one of the American Idol judges.”

Civic engagement has long been a topic of importance to Ferriero, as noted in his blog post, Pursuing Civic Literacy, from December 8, 2017. Ferriero reaffirmed the agency’s commitment to preserving our nation’s documents by providing access for all interested Americans, noting that these documents “form a vital documentary bedrock of our democracy.” Archivist of the United States David S. Ferriero discusses civic education and engagement at a symposium held at the National Archives on August 29, 2018. The program was part of the Presidential Sites Summit hosted by the White House Historical Association. (National Archives photo by Jeff Reed)

Ferriero continued, “An informed citizenry is at the heart of what we do—rooted in the belief that citizens have the right to see, examine, and learn from the records that ensure their rights, hold their government accountable, and tell the story of the nation. However, without a fundamental level of civic literacy, the records that we preserve and make accessible will not be understood or used effectively by the citizens we serve.”

“The National Archives is in its own way America’s largest civics education consortium,” Sparrow said. “What we are trying to do is create a consolidated resource . . . and we hope over time, it will grow to include other departments, other organizations, [in order] to develop important civic education resources.“

Sparrow later told National Archives News that the National Archives wants to be a leader in launching a national conversation on how to empower citizens and promote civic engagement, particularly for our youngest citizens. 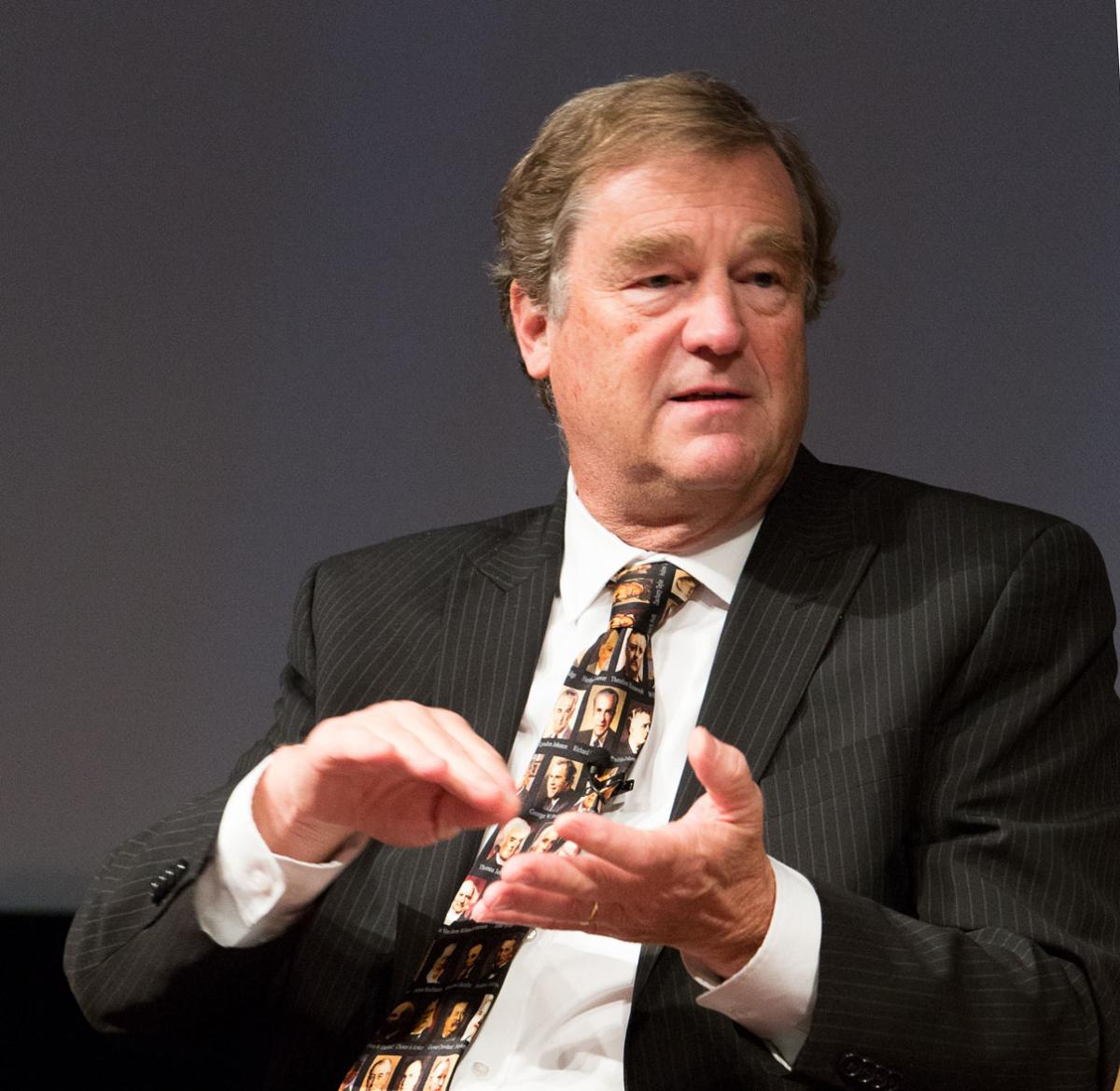 “As keepers of the Charters of Freedom, it just makes sense that we participate in this national discussion,” he said. “This is the just the first step in organizing one place to act as an umbrella for educators to access all that the National Archives and Presidential Libraries have to offer.”

Addressing those in the audience, Sparrow added, “Every one of you has a great story to tell, and the story you tell is a civics story. Learning how to tell those stories in compelling ways is what will make people care, what will make students care.” He concluded that getting students to buy in, make a connection, and want to know more is ultimately what will lead to more civic engagement.