This image, captured from a screenshot of the recently released home movie footage, shows President Franklin D. Roosevelt on the South Portico of the White House during a 1935 Easter Egg Roll celebration at the White House. First lady Eleanor Roosevelt stands  to the left behind him and bodyguard Gus Gennerich holds FDR’s arm on his right. (Image courtesy of FDR Library, National Archives.)

Footage of President Roosevelt walking is uncommon. Filming or photographing his disability was highly restricted by the White House, and camera operators and news photographers complied with those restrictions. In addition, the film is believed to be the earliest existing motion picture footage of an Easter Egg Roll hosted by the Roosevelts.

"This footage has sat unseen for 83 years, and thanks to a civic-minded citizen, it is now part of the public record,” said Paul Sparrow, Director of the FDR Presidential Library and Museum. “This really is the mission of the FDR Library and the National Archives, to bring material like this to the broadest possible audience, while preserving it for future generations." 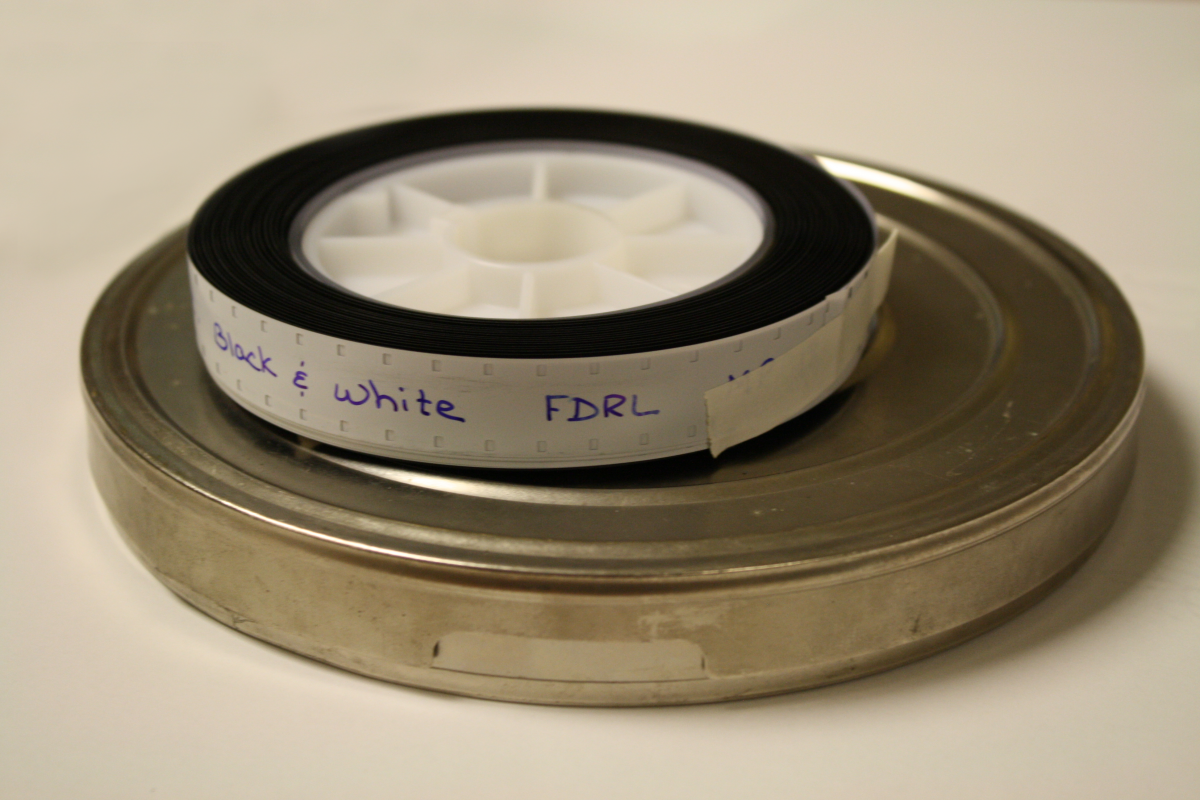 Sparrow is referring to the home movie that was donated—along with all copyrights—to the FDR library from Richard G. Hill, whose grandfather, Nevada ranch owner Fred Hill, captured 16mm home movie footage of the 1935 Easter Egg Roll.

In only a few minutes of footage taken with his personal camera, Hill managed to catch close-up shots of Eleanor Roosevelt greeting guests, views of families on White House grounds, traffic on nearby Washington, DC, streets, and even a two-second glimpse of a large Zeppelin airship floating directly over the White House.

FDR Library supervisory archivist Kirsten Carter shared her excitement when she previewed the FDR footage for the first time. “I was immediately surprised and quite thrilled to see that it showed such a candid view of FDR walking. Everyone knows it’s a somewhat rare event to see FDR’s efforts at mobility adaptation recorded on film. It felt like a real discovery.”

Unbeknownst to most Americans at the time, FDR primarily used a small wheelchair to move from location to location within the White House and at home, using his adaptive walk only for short distances at public appearances. FDR, who was elected a record four times as  President, lost the use of his legs after contracting polio in 1921 at the age of 39.

Carter also said that acquiring rare scenes from an Easter Egg Roll at the White House—a tradition dating back to April 22, 1878, when President Rutherford B. Hayes opened the White House grounds on Easter Monday to children who wanted to roll eggs—offered a unique and fresh perspective.

“The full film is really quite fascinating,” Carter said. “I found the footage very moving because it offers a unique perspective that we don’t usually get to see. It shows Eleanor Roosevelt in several scenes—greeting guests on lawn and interacting with people on a personal level. It even offers a glimpse at a Zeppelin flying over the White House, which is really rare footage in its own right.”

Roosevelt historian and FDR Library Trustee Geoffrey C. Ward, who had an early preview of the newly released footage, said on his recent blog post that he believes it offers "the most vivid glimpse we've yet had" of President Roosevelt's unique adapted walk, which was made possible by the use of steel leg braces.

"Only a handful of mostly private snapshots and a few feet of blurry amateur film hint at that struggle,” Ward said. “But 31 seconds of silent 16mm amateur black-and-white footage...offer the most vivid glimpse we've yet had of his gallant attempt to persuade the public that he was merely ‘lame,’ that he was vigorous enough to withstand the awful pressures of the Presidency."

The new footage is available for public viewing both online and in the Roosevelt Library research room. Film editors at the library's Pare Lorentz Film Center have formatted this footage for use in education programs, online exhibits, and social media sharing. In addition, teachers, students, and researchers will soon be able to access the fully digitized, unedited film through the National Archives Catalog.

Carter shared her pride in the collections housed at the library and their continued expansion through donations like this. “Because of the library’s ability to accept items from all people connected to the Roosevelt story, our collections really show the Roosevelts from multiple perspectives, including a very personal perspective,” she said. “This is an important piece of film, so rare in and of itself; but it’s also a wonderful testament that the National Archives libraries can collect items like this and share them with the whole world.”

The FDR Library maintains more than 17 million pages of documents in its archives. Among these are Presidential and personal papers donated by Franklin Roosevelt, Eleanor Roosevelt, and hundreds of other individuals and organizations associated with the Roosevelt administration. The library is also home to FDR's 22,000-volume personal book collection and a vast number of still photos and audiovisual materials. All of this material is available to the public in the library’s research room in Hyde Park, New York, and increasingly online.