WASHINGTON, October 18, 2019 — Thomas Paine's open call for American independence from Great Britain in Common Sense inspired revolutionaries across the 13 colonies to revolt against the crown. The ripple of insurrection across the Atlantic earned Paine notoriety—and infamy—through the prolific distribution of his pamphlet and his support of the French Revolution. But Paine’s many other accomplishments in writing, poetry, science, and engineering have failed to appeal to the American public as treasured relics of history because of Paine’s scathing criticism of organized religion, according to Harlow Giles Unger, author of Thomas Paine and the Clarion Call for American Independence. 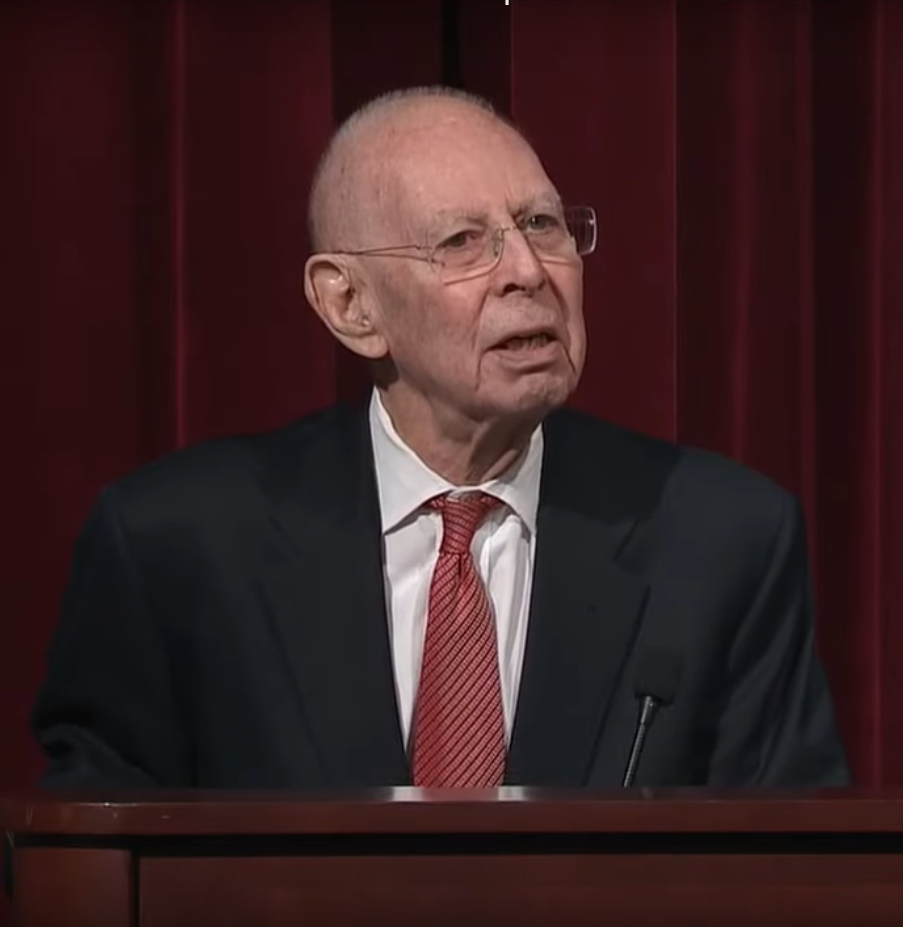 Harlow Giles Unger, author of Thomas Paine and the Clarion Call for American Independence, speaks at the National Archives in Washington, DC.

Looking beyond Thomas Paine's Common Sense, Unger, a prolific author and historian, discussed his latest book in the William G. McGowan Theater at the National Archives Building in Washington, DC, on October 15.

David Ferriero, Archivist of the United States, spoke about the important role Paine played in America’s history during his welcome.

“Thomas Paine's words were instrumental to the success of the Revolution,” Ferriero said. “His famous pamphlet Common Sense predated the Declaration of Independence and laid out the argument for a break with Great Britain. The American Crisis pamphlets inspired and encouraged Americans to persevere against the British Army. Even today, the opening line is familiar to us: ‘These are the times that try men's souls.’”

You can find many documents written by or to Thomas Paine at Founders Online, administered by the National Historical Publications and Records Commission, part of the National Archives.

“Common Sense became the most widely read work in the western world, after only the Bible,” Unger said of Paine’s famous pamphlet, published in January 1776. “[Paine] wrote dozens of essays, earning tens of thousands of dollars of which he kept not a penny for himself. He ordered his printers to give every cent he earned to Congress to buy war supplies for George Washington.”

It's been said: “Without the pen of Paine, the sword of Washington would have been wielded in vain.”

Paine’s antimonarchy works made their way across the Atlantic, where “in France, he was known as the ‘celebrated author of Common Sense,’” Unger said. Paine’s service to the French National Convention between 1792 and 1795 fell victim to his refusal to support the execution by guillotine of Louis XVI. The decision drew ire from French Revolutionaries, and he was imprisoned in France until an American diplomat secured his release and return to the United States.

In addition to his role as a passionate advocate of revolution, Paine was a vitriolic opponent of organized religion and the so-called “divine right of kings.” Paine’s disdain for both ideas intersect in this excerpt from Part 2 of Common Sense:

In England a king hath little more to do than to make war and give away places; which in plain terms, is to impoverish the nation and set it together by the ears. A pretty business indeed for a man to be allowed eight hundred thousand sterling a year for, and worshipped into the bargain! Of more worth is one honest man to society and in the sight of God, than all the crowned ruffians that ever lived.

“Like many other great men in those times Tom Paine educated himself,” Unger said. “He devoured books on philosophy, Greek and Roman history, and sciences such as electricity, hydrostatics, mechanics and astronomy. He was brilliant; he absorbed enough for the equivalent of two or three university educations by himself.”

But Paine’s scathing criticisms of religion, in general, and of Christianity, in particular, overshadowed acclaim for his ingenuity in writing, poetry, science, and engineering. Many of Paine's contemporaries ridiculed him for his criticism, and only a handful of people attended his funeral following his death in 1809, according to Unger.

Even today, Unger said, school systems in the United States are loath to promote the works of Thomas Paine because of his negative views on organized religion. Paine’s deism—the belief in God, but the eschewing of organized religion—is often erroneously confused with atheism.

“You have two problems with history texts in secondary schools in America,” Unger said. “The first is the small amount of time given to study subjects in a typical school day, which makes learning centuries of American history difficult.

“The other problem is a religious problem: in towns across America, school boards are run by everyday people, many of whom are churchgoers who simply will not tolerate their kids reading any of the works that Thomas Paine wrote . . . especially Age of Reason.”

Unger devoted an entire appendix in his biography of Thomas Paine to the controversial Age of Reason. “In that appendix, you will see why most school boards in America would not tolerate their children reading Thomas Paine’s works.”