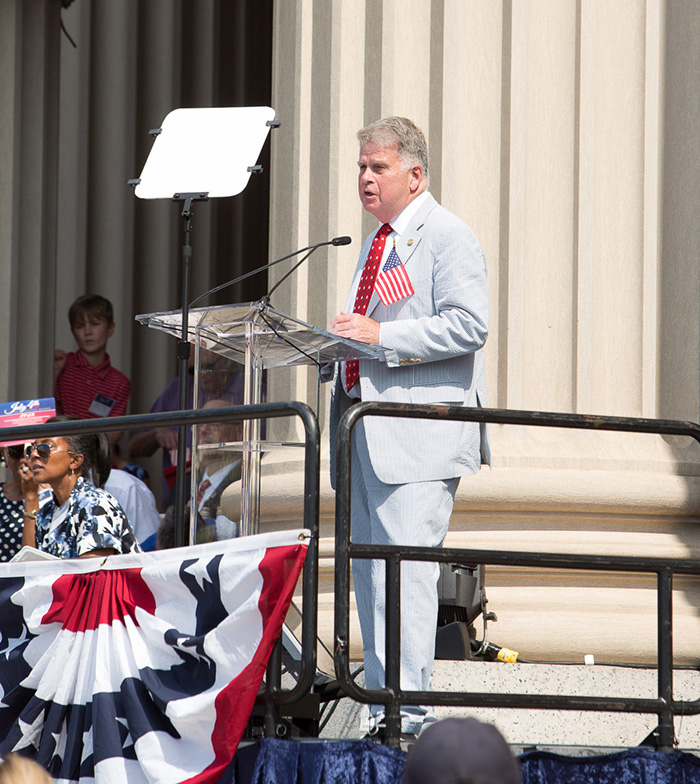 WASHINGTON, July 5, 2018 — Despite sweltering temperatures over 90 degrees, thousands of people decked out in American flag shirts, hats, and other patriotic apparel gathered around the National Archives on Independence Day to witness the institution’s annual July 4th celebration.

The event included a dramatic reading of the Declaration of Independence by historical reenactors, a variety of musical performances, and an address given by the Archivist of the United States, David S. Ferriero.

“The Fourth of July Starts here,” Ferriero said. “Through that door behind me is the original Declaration of Independence—that seminal document signed by our Founding Fathers—enshrined in the Rotunda of this building. . . . Every day I get to visit the Declaration and marvel at its very existence and the fact that it has survived for 242 years, given its history.”

The festivities began with a lively musical performance by a local favorite, Brass Connection. The music set a joyous tone for the day’s events, and the performance was followed by opening remarks from television news anchor Allison Seymour, who served as master of ceremonies.

Seymour thanked visitors for braving the heat and explained why she thought the National Archives was the choicest location for an Independence Day Celebration.

Seymour’s greeting was followed by the Presentation of Colors by the Army’s 3rd U.S. Infantry Regiment, “The Old Guard,” wearing period uniforms, and the National Anthem performed by U.S. Army Master Sergeant Caleb Green. The crowd also witnessed a presentation of colonial American songs performed by the Old Guard’s Fife and Drum Corps.

The centerpiece of the National Archives’ celebration was an animated reading of the Declaration of Independence by a troop of reenactors portraying Abigail Adams, John Adams, John Dunlap, Benjamin Franklin, John Hancock, Ned Hector, Thomas Jefferson, and George Washington.

Following the reading, the Musicianship Youth Choir closed out the ceremony with a superb arrangement of “America the Beautiful.” After the final song, guests enjoyed an view of the National Independence Day Parade as the procession made its way along Constitution Avenue.

Once the outdoor ceremonies concluded, the crowd poured into the Rotunda to glimpse the Declaration of Independence. For many, the significance of viewing the Declaration on the 242nd anniversary of its formal adoption was an extraordinary opportunity and the highlight of their Fourth of July celebrations. 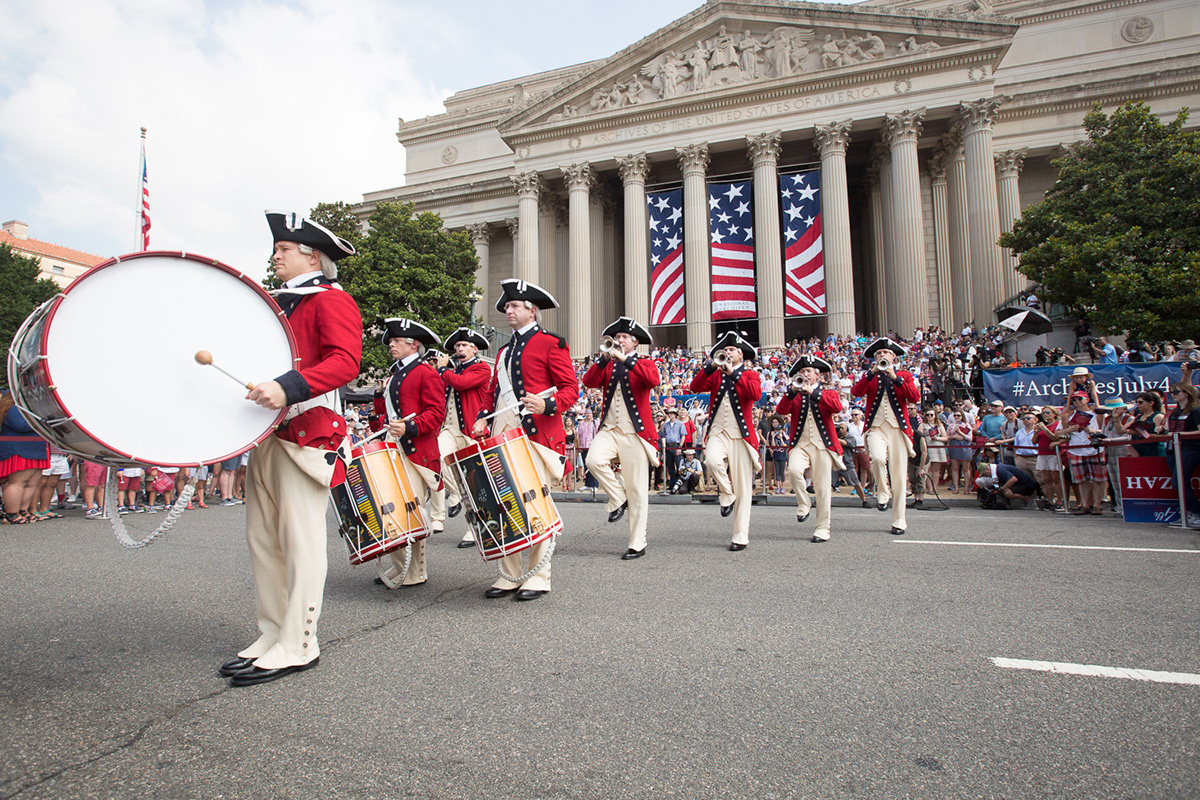 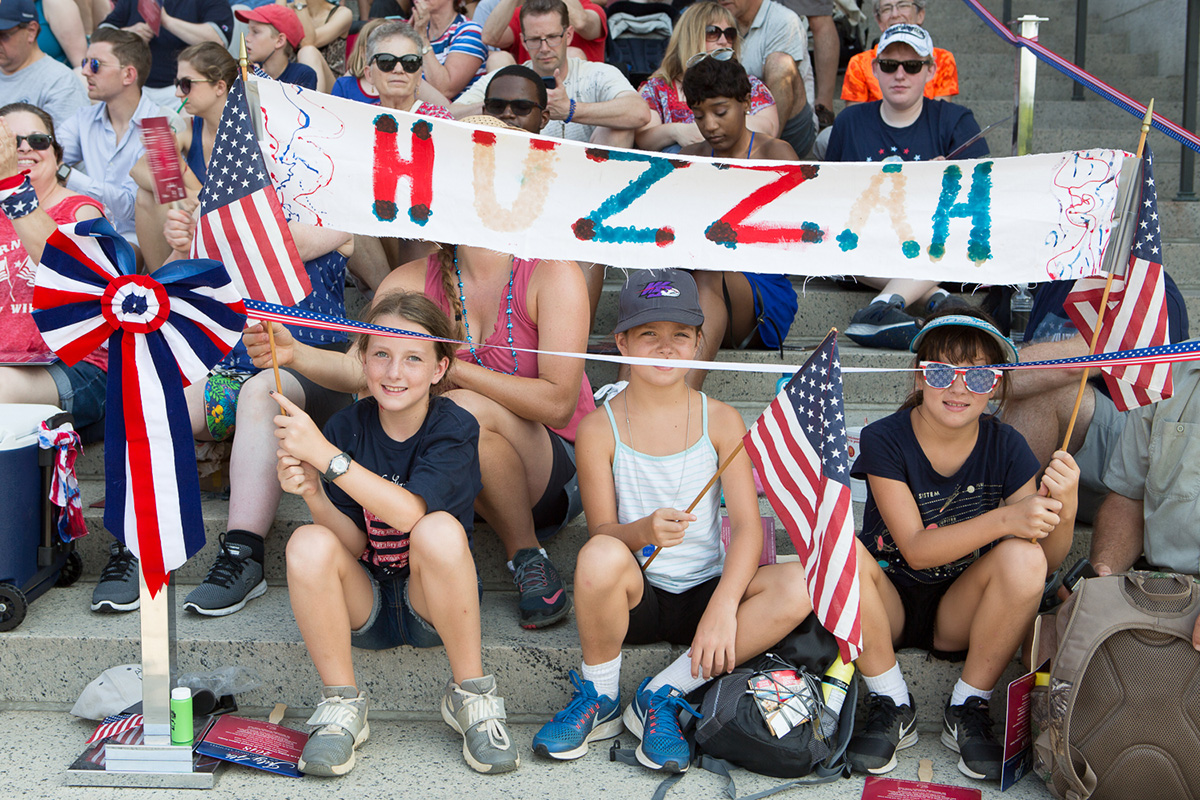 Young visitors hand-made their own sign to cheer "Huzzah!" during the reading of the Declaration of Independence at the National Archives annual July 4 celebration. (National Archives photo by Lukas Pietrzak) 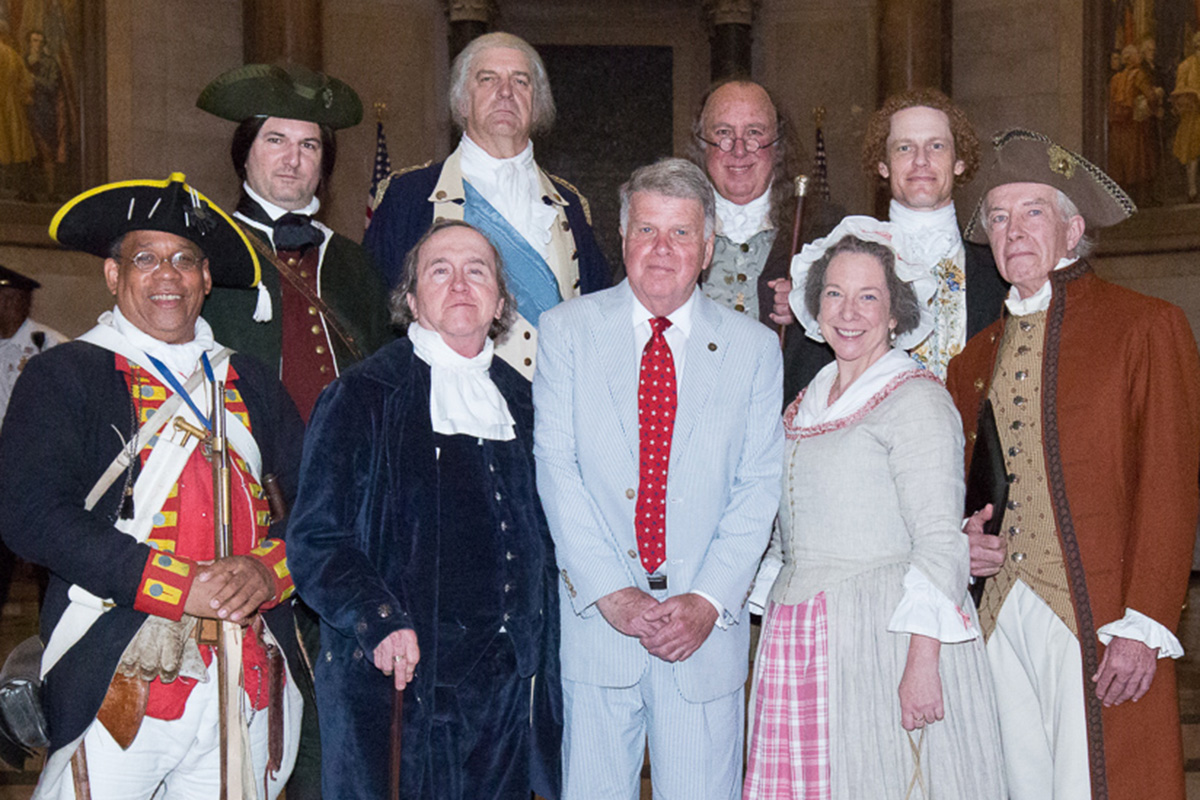 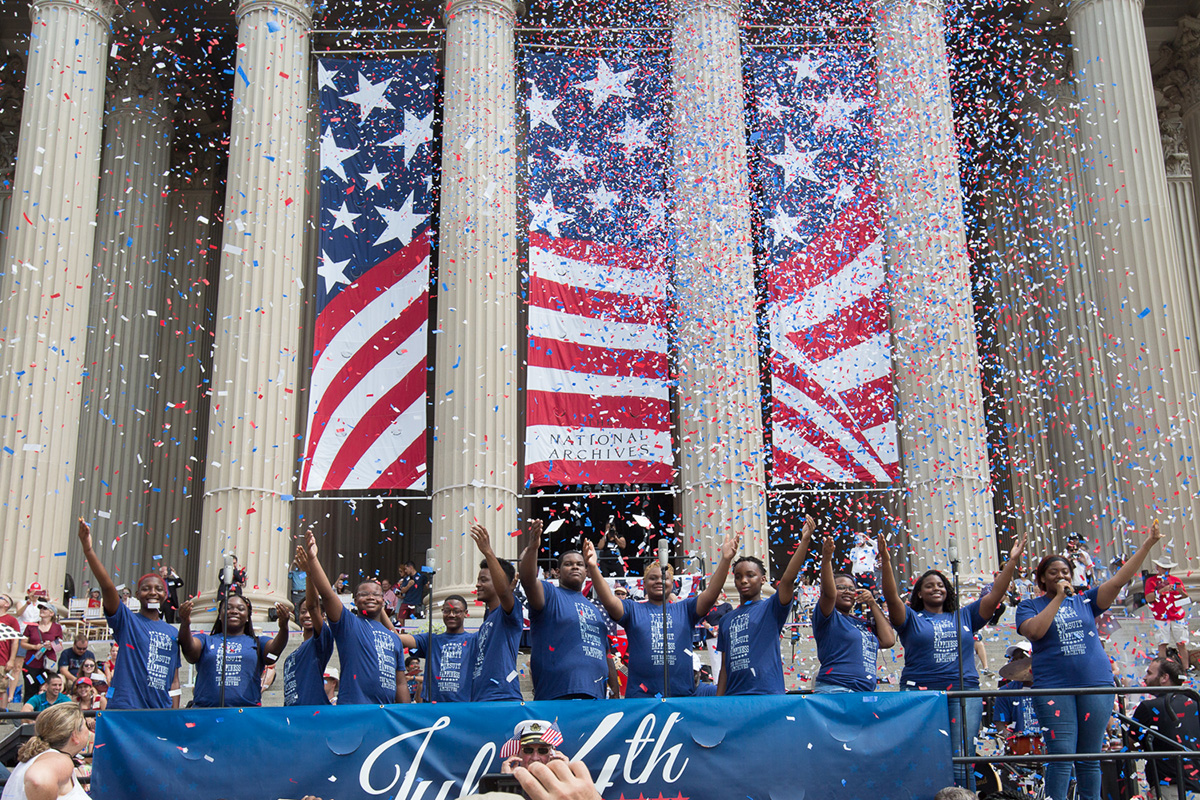 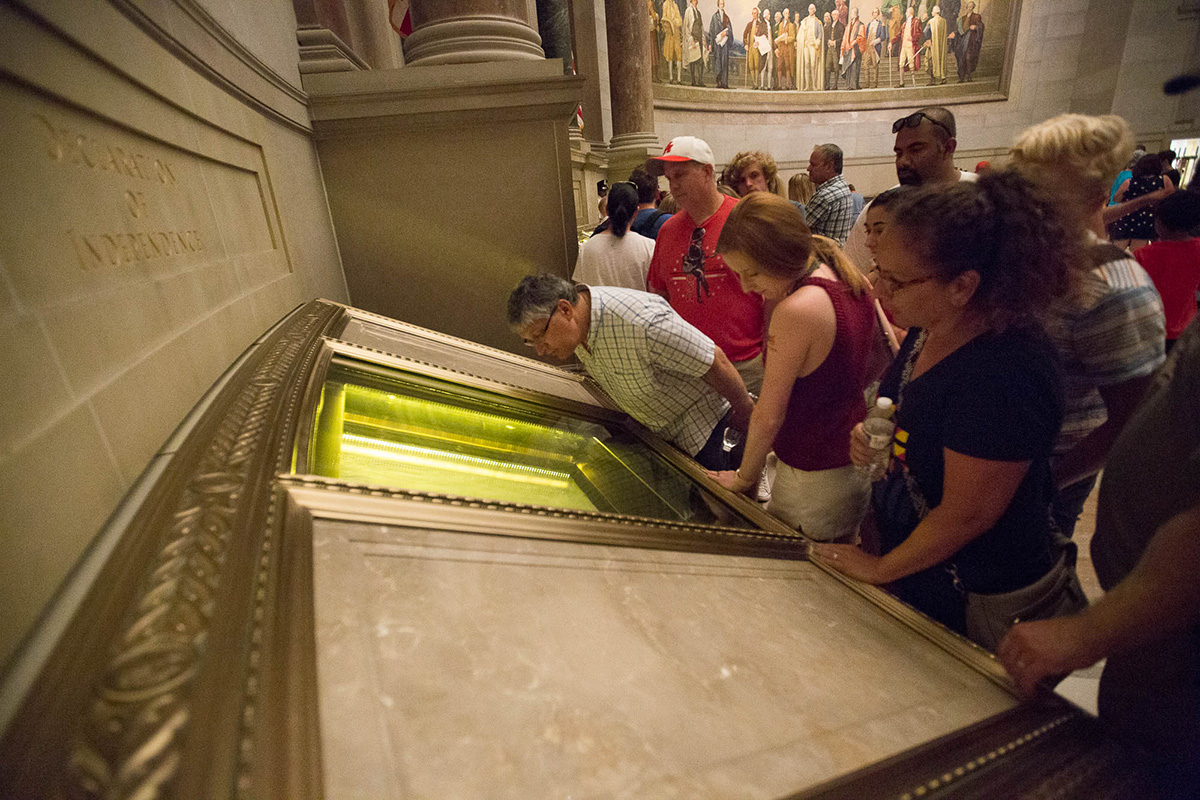 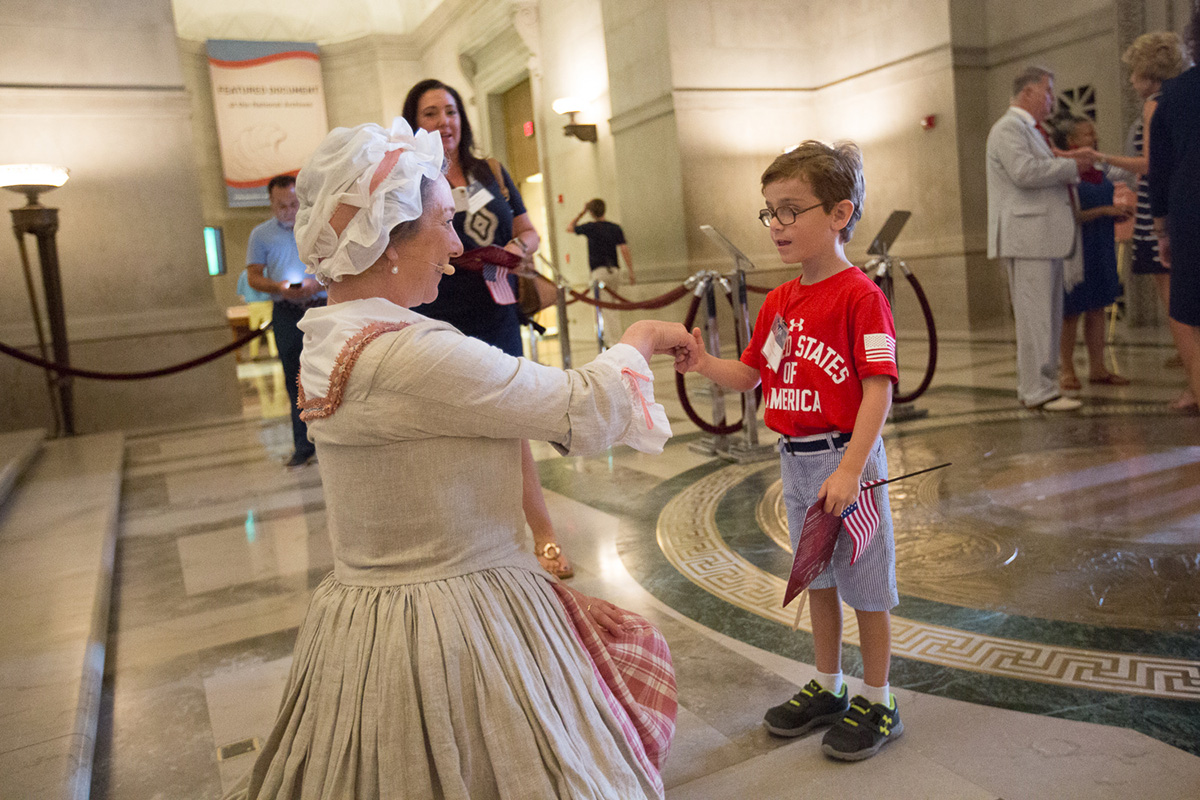 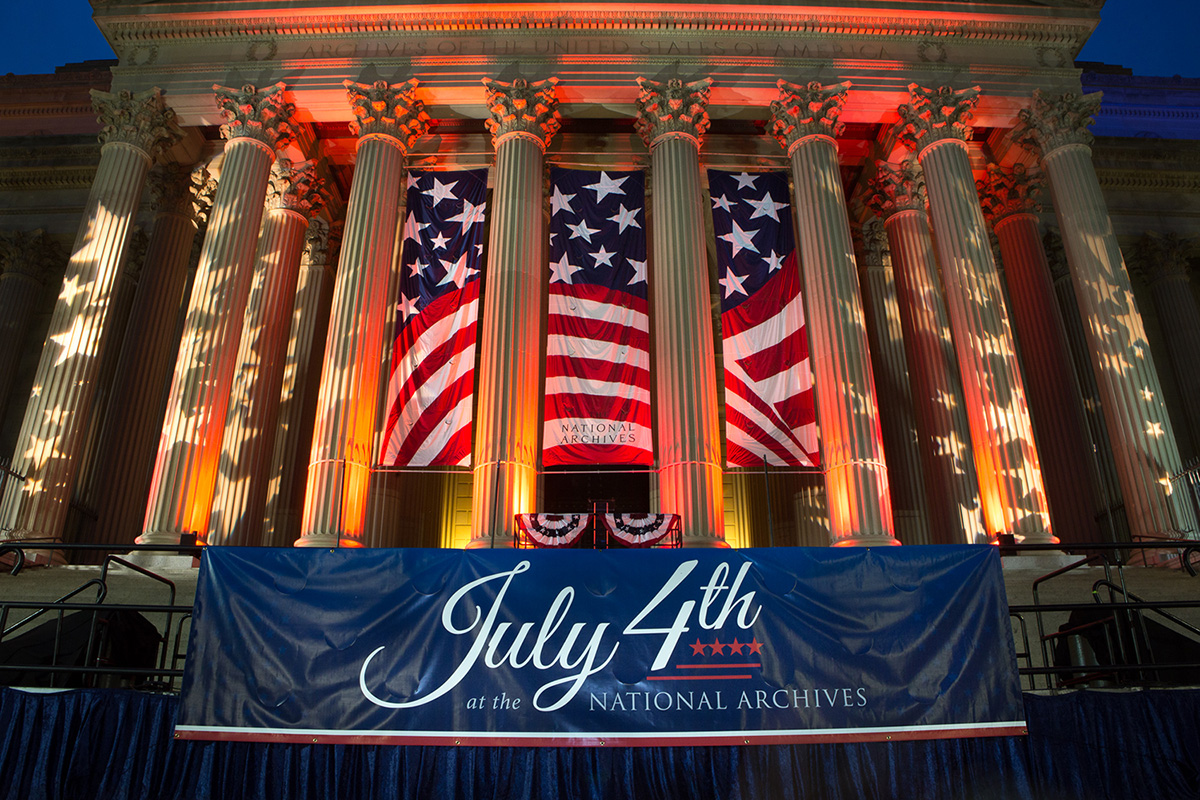