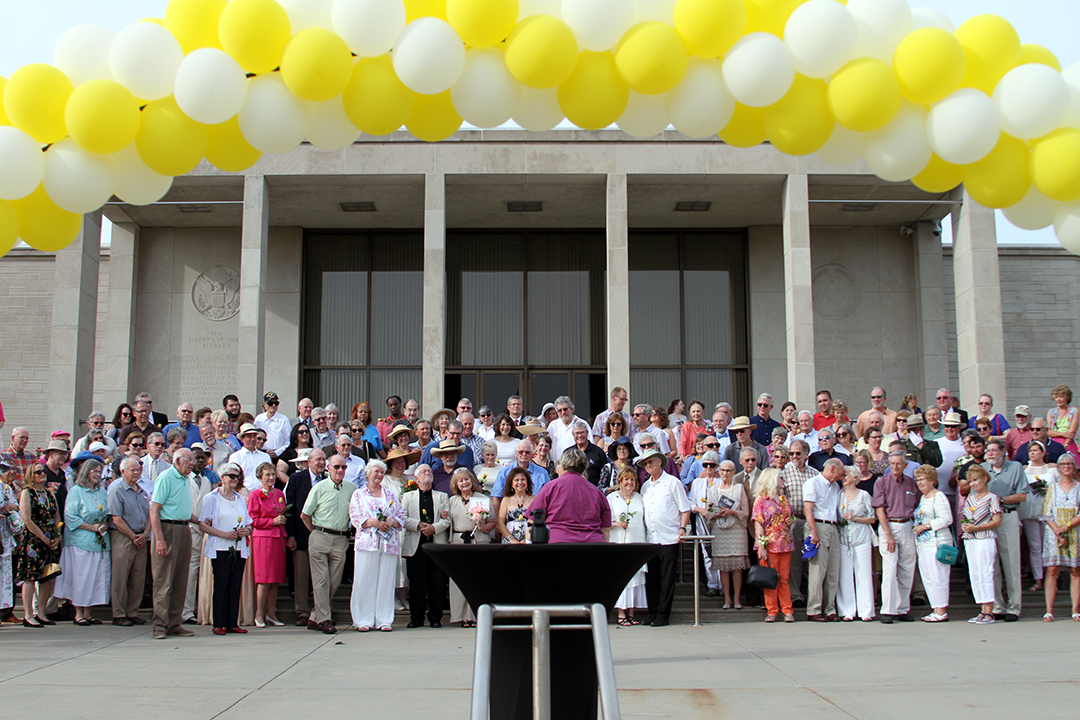 The library welcomed more than 400 guests to the free evening event, which featured champagne, a wedding cake, and a wedding toast from Truman Library Director Kurt Graham.

"Last year, when we realized Harry and Bess's 100th wedding anniversary was on the horizon, we brought all of our partners in the city together to create a fitting celebration for the Trumans,” Graham said. “From a baker made famous on the Food Network to a Super Bowl commercial star, everyone wanted to be a part of making the day special.

“We were overwhelmed at the response when more than 100 couples stood to renew their vows. And hearing how far people had traveled or how long they had been married was remarkable: One couple was celebrating their 72nd anniversary, and a World War II veteran made the journey from Texas because 'President Truman was his Commander in Chief.' It was an honor to spend the evening with others who are inspired by the Trumans' love story," Graham said.

The team that came together to create the event extends beyond the museum doors and represents many local partners, including the Jackson County Historical Society, Independence Square Association, Truman Home (National Park Service site), City of Independence, and others, according to Jennifer Vitela, the library’s public programs officer, who oversees special events at the library.

“We all worked together to make Independence the destination for such a historic day, with each entity hosting a component of the celebration throughout the day before the culminating event at the library in the evening,” Vitela said, noting that events like this anniversary celebration are an important of the National Archives’ mission. 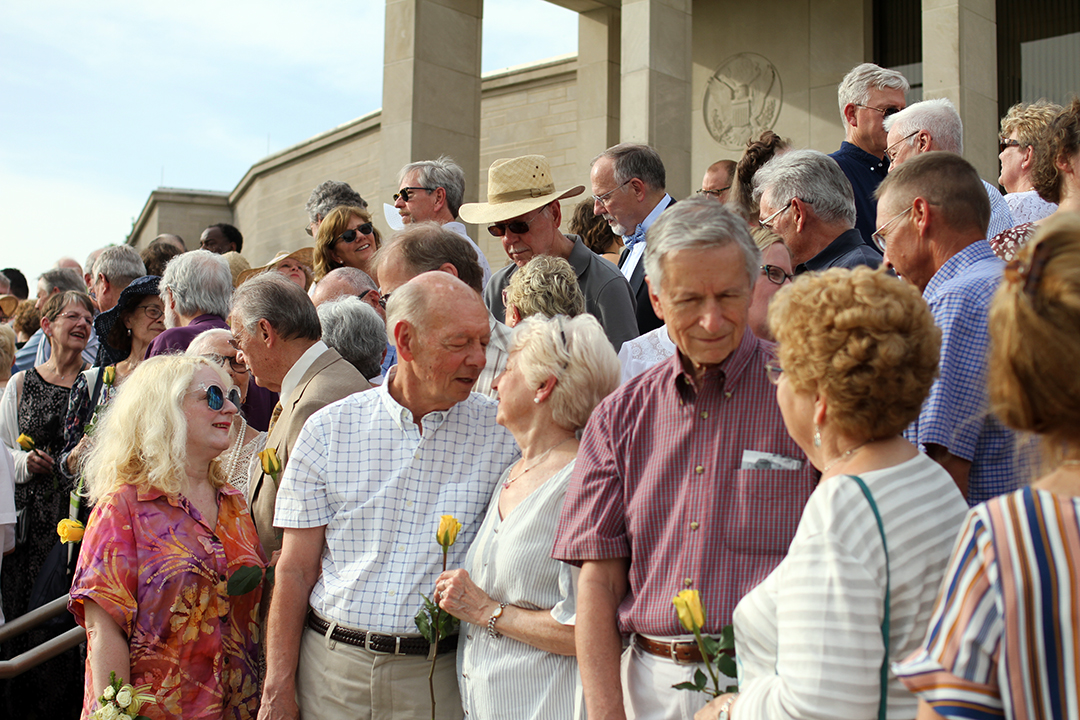 More than 100 couples renewed their marriage vows during the June 28 celebration of the Trumans' 100th wedding anniversary.

“Events like these introduce the Presidential Library to an audience who might never engage with us otherwise,” she said. “It also establishes the library as a community resource and reminds people that we are here to serve the public.”

Tables and chairs were set up in the style of a wedding reception, and the Trumans’ wedding colors of yellow and white could be seen in the decorations. Additionally, each couple received a yellow rose as a nod to Bess Truman’s bridal bouquet.

Pastor Nancy Kerr from a local wedding service led a vow renewal ceremony in which more than 100 couples had their marriage vows renewed.

“As soon as I read about the special way you were commemorating the 100th wedding anniversary of President and Mrs. Truman, I knew I wanted to make an effort for us to both attend,” said Rebecca Bryant, who came from Wichita Falls, TX, with her husband, George. “What a special way for you to not only remember their wedding anniversary but give members of the community a chance to be a part of this special event and allow couples to say ‘I still do’ to one another!”

Bryant said she was deeply moved by President Truman’s 38th anniversary list to Bess, on which he wrote down one thing that reflected each year. The list is from one of the library staff’s favorite letters from Harry to Bess. 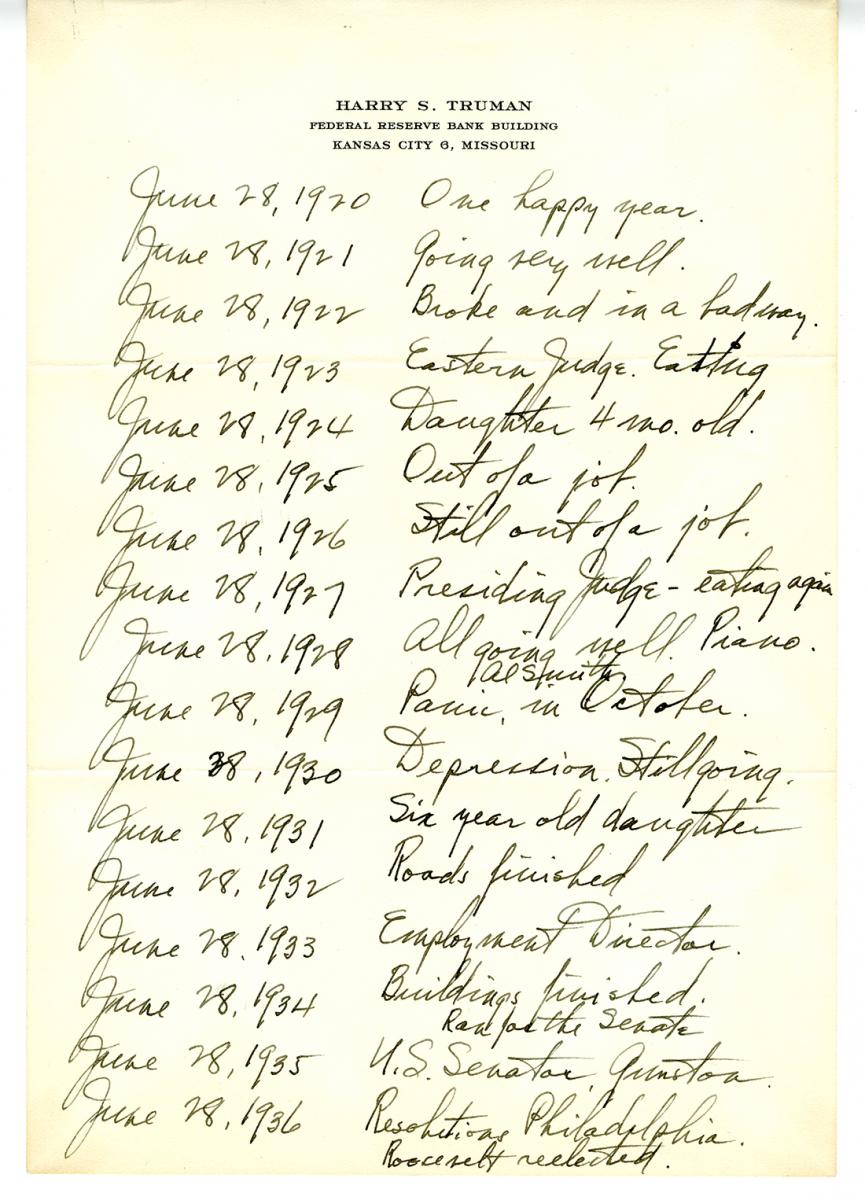 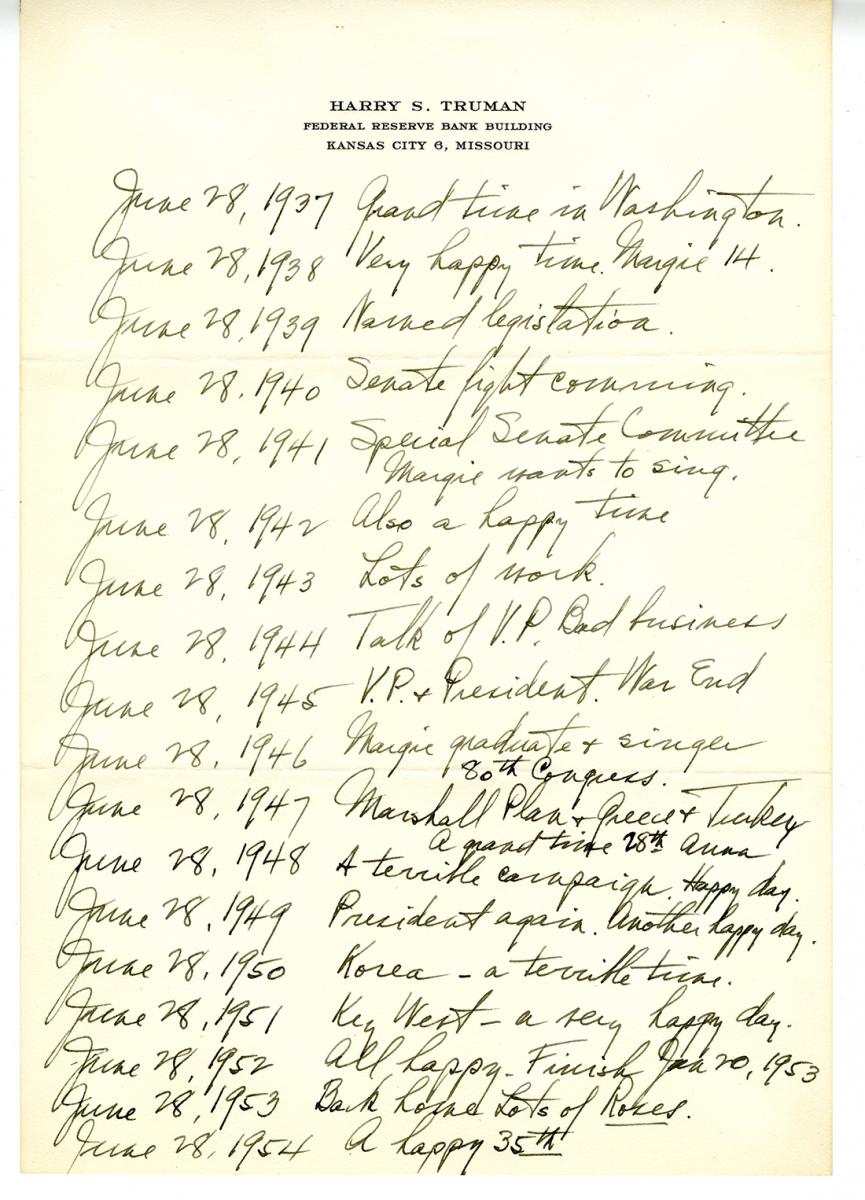 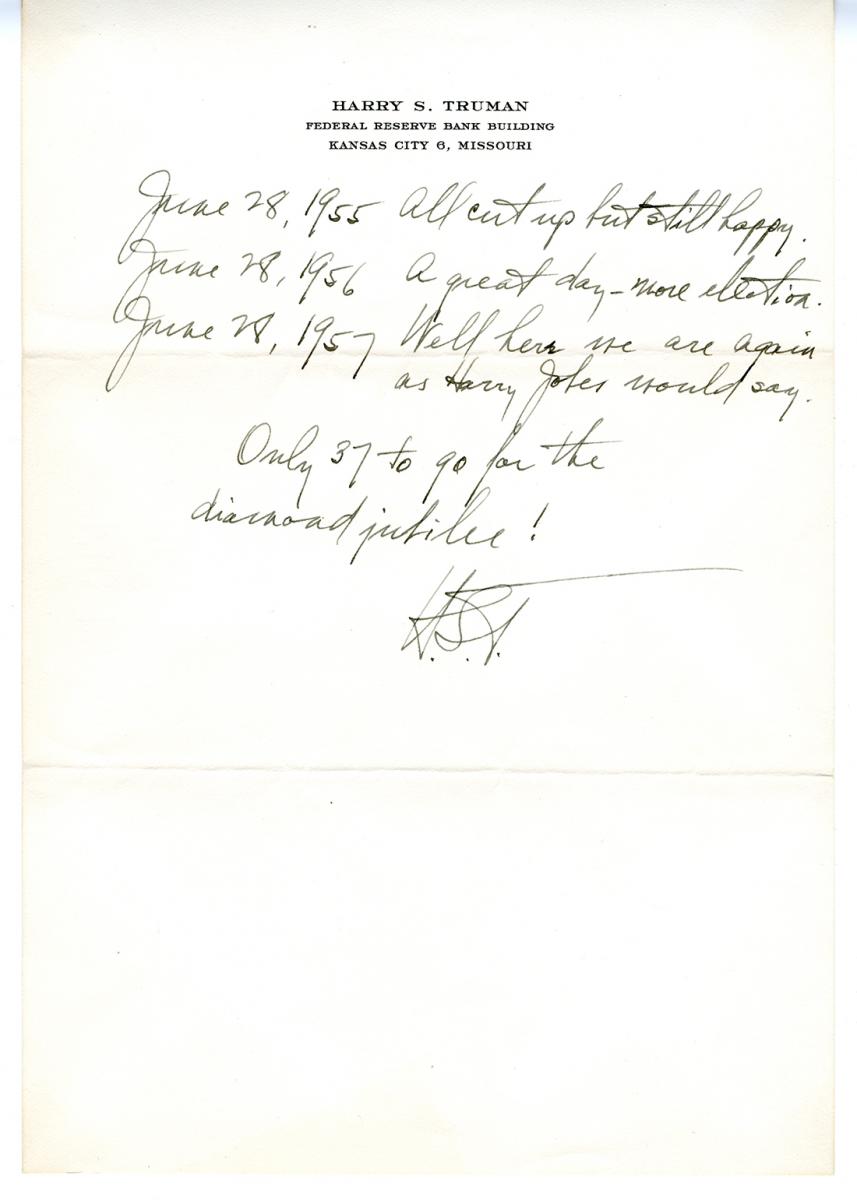