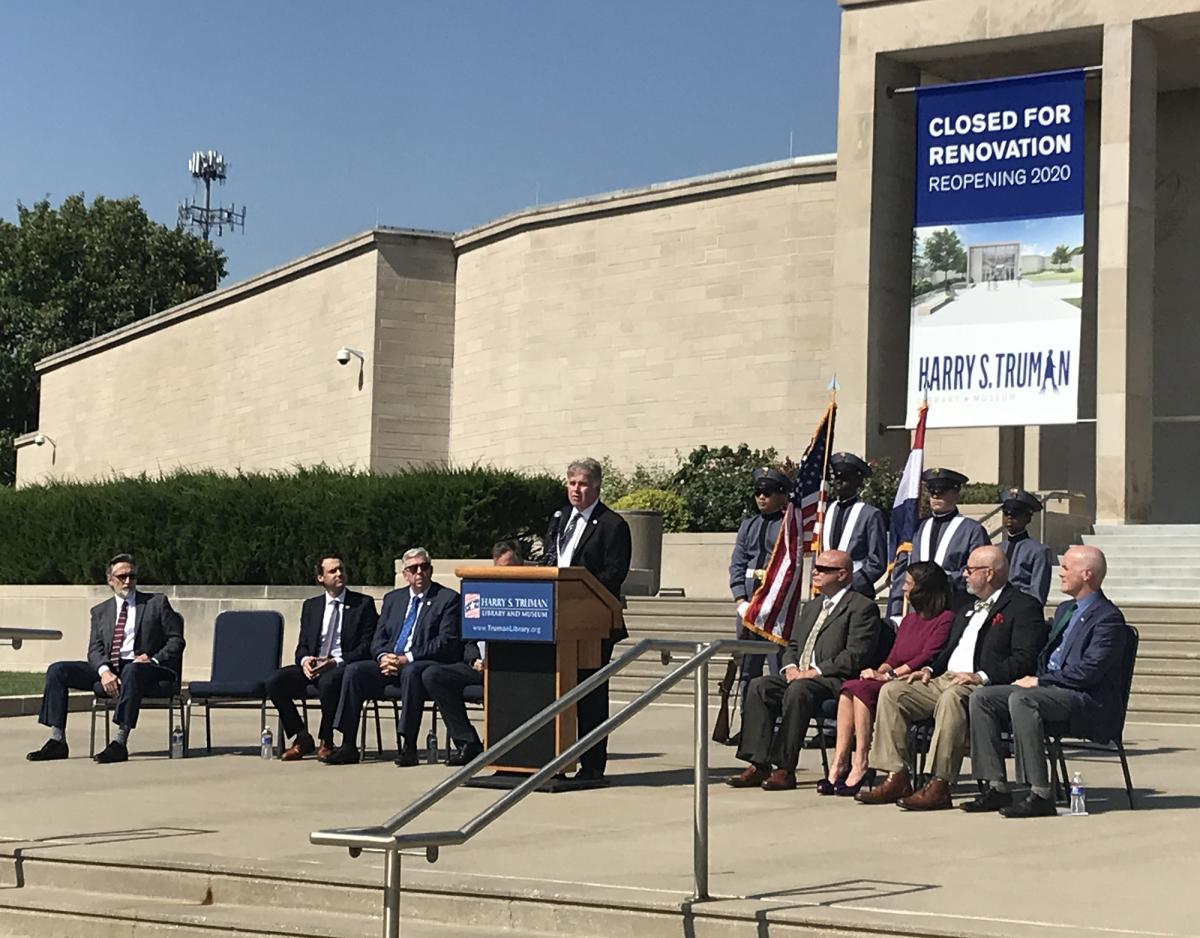 WASHINGTON, September 5, 2019 â€” The Harry S. Truman Presidential Library in Independence, MO, is undergoing a year-long renovation that will result in a new Truman permanent exhibition, new amenities for visitors, and enhanced educational and community programming.

â€śOur Presidential Libraries play an important role in educating visitors about how our government works, especially the role of the President," said Ferriero.â€śThe Kansas City area is fortunate to serve as home to one of our nationâ€™s 14 Presidential Libraries, and we look forward to the next generation learning from Harry Trumanâ€™s life and Presidency upon the reopening of the Truman Library next year.â€ť

The library closed on July 23â€”although the research room remains openâ€”and will reopen in fall 2020. Next year marks the 75th anniversary of Trumanâ€™s succession to the Presidency after the death of Franklin D. Roosevelt, and the opening of the new public spaces will be a fitting tribute to the man and the President. 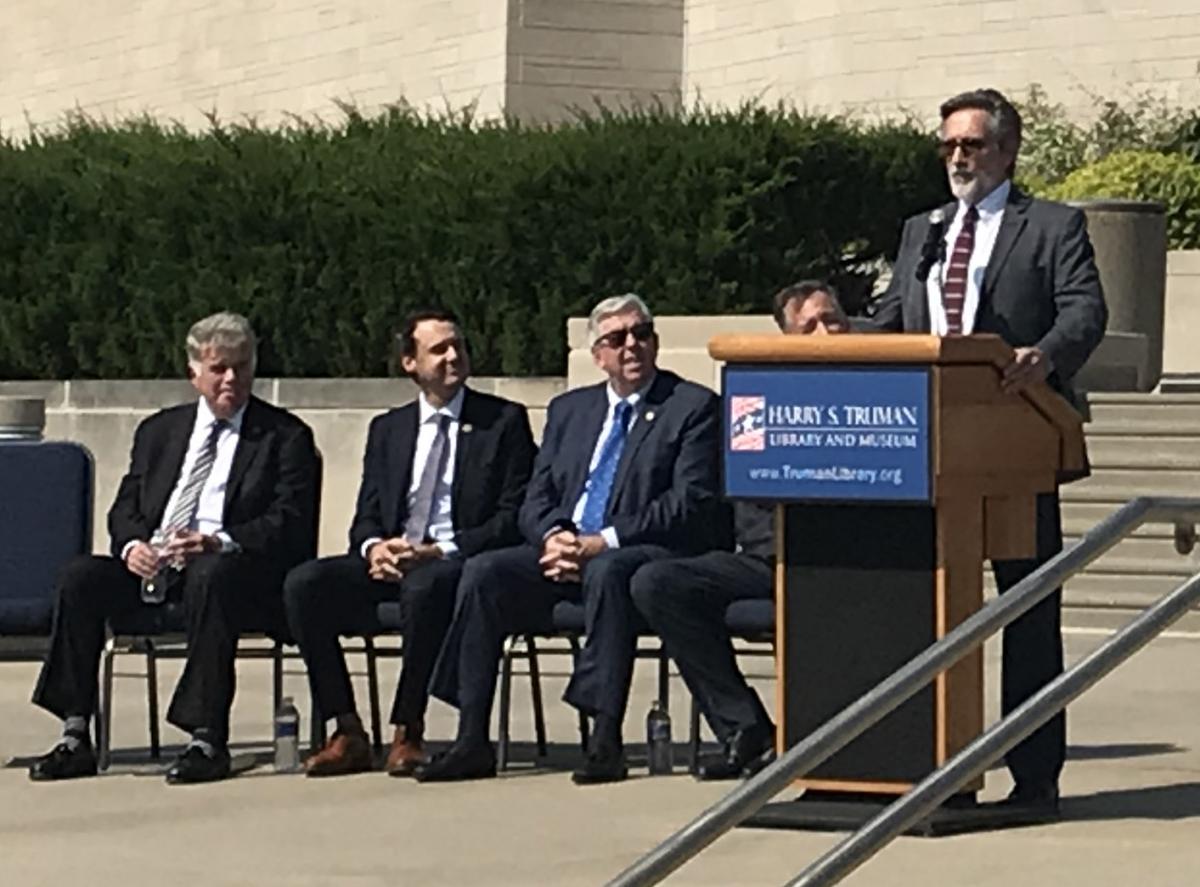 Clifton Truman Daniel, a grandson of President of Harry S. Truman, speaks at the ground-breaking ceremony for the renovation of the Truman Library in Independence, MO. The year-long renovation will result in a new Truman permanent exhibition, new amenities for visitors, and enhanced educational and community programming. (Courtesy photo by Lacey Helmig, Truman Library Institute)

Daniel reflected on his grandfatherâ€™s vision for his Presidential Library.â€śHe imagined it as a place where people could learn about our democracy and the Presidency,â€ť Daniel said. â€śHe teased my grandmother that the library courtyard was their final resting place so he could get up and go to work if he wanted to. Heâ€™d like the idea that this renovation will do just thatâ€”keep him, his times, and his Presidency alive for future generations.â€ť 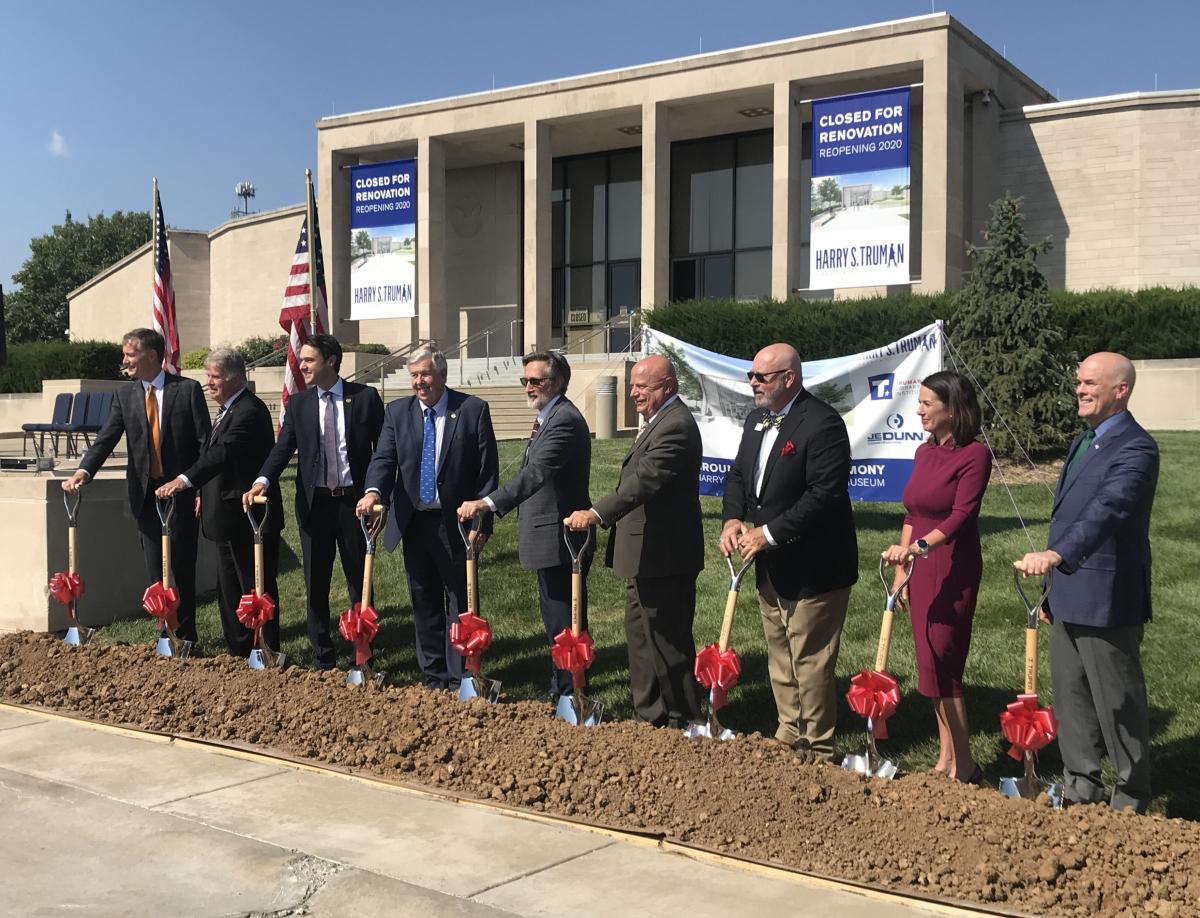 The $30 million project is the libraryâ€™s largest renovation since the museum opened in 1957. When it is done, the library will have a 3,000-square-foot addition with a new front entrance and lobby, and completely new and reimagined museum exhibits.

â€śItâ€™s a great time to be in the Truman business,â€ť Graham said. â€śPeople are very interested in Harry Truman and see him as a great unifier who brought together people of all political persuasions. With this complete remaking of the entire museum, we are bringing Trumanâ€™s legacy to the 21st century and encouraging people to take a look at that legacy.â€ť