Marking the 30th Anniversary of the Berlin Wall's Fall

“There are some who say that Communism is the wave of the future. Let them come to Berlin.”
—President John F. Kennedy, Berlin, Germany, June 26, 1963

Beginning with its hasty construction on August 13, 1961, and for 28 years thereafter, the Berlin Wall stood as a grim symbol of the Iron Curtain that divided Western Bloc nations from the Eastern Bloc. 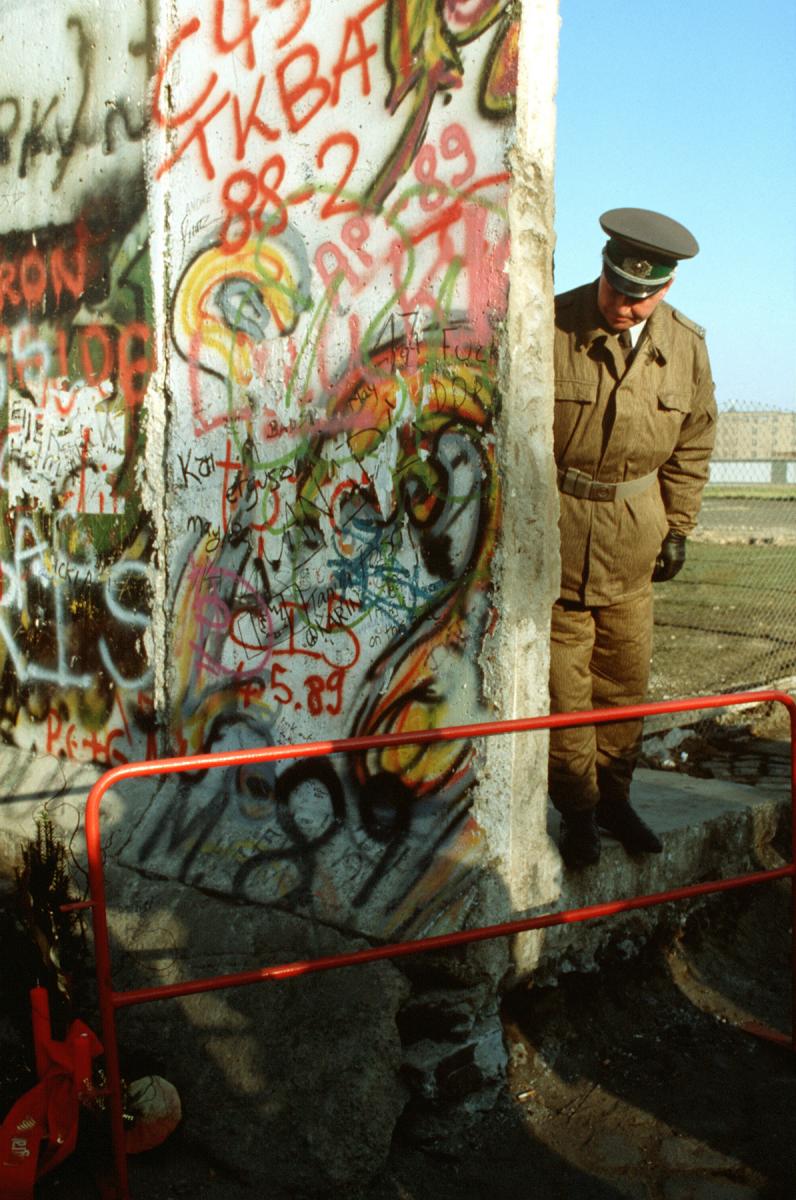 At a newly created opening at Potsdamer Platz, an East German policeman looks at a small Christmas tree on the west side of the Berlin Wall. (National Archives Identifier 6460121)

The decision to build the heavily fortified wall emerged from the Soviet Union’s desperate attempt to stanch the flow of thousands of refugees from East Germany to West Germany, with many escaping through West Berlin. The overnight construction of the wall cut an immediate divide between neighbors, families, and friends—many of whom would not see each other again for many years.

Yet the Berlin Wall’s provenance in desperation foretold the equal, but opposite, nature of its demise.

Thirty years ago, on November 9, 1989, the government of East Germany released a press statement that was incorrectly interpreted to mean that it would finally grant exit visas from East Germany to West Germany without exception.

The ensuing flood of thousands of East Germans yearning to escape from behind the Iron Curtain overwhelmed the border guards at the Bornholmer Strasse crossing point in Berlin. The guards’ increasingly desperate pleas to their superiors for orders gave way to a bloodless decision to let them go.

After nearly 30 years, the Berlin Wall finally came down, and its destruction was followed by the dissolution of the Soviet Union on December 26, 1991.

The Big Picture - Road to the Wall

Pieces of History: The Berlin Wall, now a vital piece of history 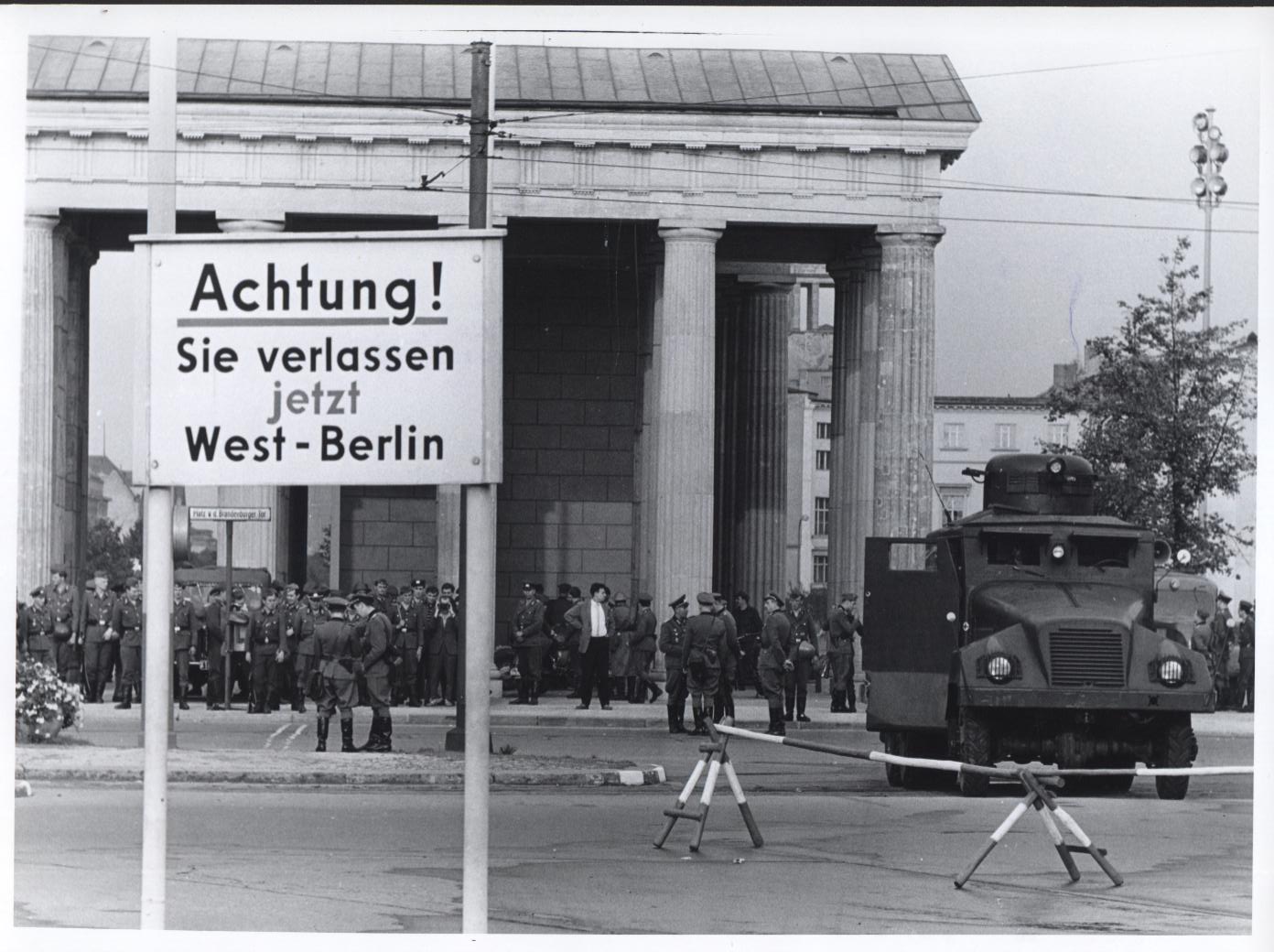 In a final attempt to halt a flood of refugees escaping from East Germany through West Berlin, the Communist government of the Soviet Zone blocked off East Berlin with troops, roadblocks, and barbed wire. August 1961. (National Archives Identifier 6003294)

East German police burn rubble left after razing a row of houses near the Berlin Wall to provide a clear field of fire against any possible escapees to the West. (National Archives Identifier 6003305)

A young couple In West Berlin looks across the dividing line at family and friends left behind in the eastern sector. October 1961. (National Archives Identifier 6003275)

A crowd of West German citizens gathers at the newly created opening in the Berlin Wall at Potsdamer Platz,November 14, 1989  (National Archives Identifier 6460115)