The National Historical Publications and Records Commission will hold a meeting on Wednesday, May 27th to discuss policies and make recommendations for grants. The meeting begins at 9 a.m. in the Archivist's board room at the National Archives at 700 Pennsylvania Avenue, NW, Washington, DC, and the public is invited to attend. If you would like to attend, please contact Nathan Sowry at 202.357-5010 or Nathan.sowry@nara.gov by Friday, May 22, 2008 to expedite building entry.

Daniel Stokes has been named Director for State Programs at the NHPRC, overseeing the State and National Archival Partnership (SNAP) grants program. Mr. Stokes has worked at the NHPRC for the past 22 years, and since 1995 has served as an Archives Specialist. Over the years, he has assisted in virtually every area of the Commission's work, specializing in local government records, Native American records, architectural records, records of religious organizations. A graduate of the University of Cincinnati, Mr. Stokes studied architecture and history with a focus on urban history and historic preservation.

One of the longest-running programs at the NHPRC is the Institute for the Editing of Historical Documents, which began in 1972, and is sponsored by the Wisconsin Historical Society. Held at the University of Wisconsin, the Editing Institute is a one-week seminar for those interested in documentary editing work. Over 650 people have attended what is affectionately known as "Camp Edit," and this year's camp is scheduled for June 15-19. Applications for next year's Institute will be posted on the NHPRC web site in January 2010.

Counterpart to those efforts is the Archives Leadership Institute (ALI), also held in Madison, a one-week seminar for developing a new generation of leaders in archives and preservation. At a time when the archival and documentary editing field is graying, preparing a new generation of leaders, equipped for the challenges of the 21st century, is essential to continuing the preservation and access of primary sources for history. This year's ALI is scheduled for July 19-25 and is run by the School of Library and Information Sciences.

Executive Director Kathleen Williams will be attending the Special Libraries Association annual meeting on June 15 in Washington, DC and Deputy Executive Director Lucy Barber will be at the Digital Humanities Conference at the University of Maryland later in June.

In mid-May, President Barack Obama sent to Congress a proposed Fiscal Year 2010 budget request that calls for $466.9 million for the National Archives and Records Administration, an increase of $7.6 million over the current fiscal year. $10 million is being requested for the NHPRC to promote the preservation of non-federal historical records at the state and local level and in private institutions. Congress is expected to take up the appropriations budgets later this spring. See the Press Release for full details.

Grant Deadlines and the Application Process

The following Grant opportunities are currently available and online:

The Stanford Archive of Recorded Sound, which celebrates its 50th anniversary this academic year, contains about 350,000 sound recordings and 6,000 print and manuscript items, documenting all aspects of 20th- and 21st-century culture. It is one of the five largest sound archives in the United States.

One of the jewels of the collection is the archive of recordings for the Monterey Jazz Festival, the world's longest continuously running jazz festival (it started in 1958-the same year as the Stanford Archive). Some of the most significant jazz musicians of our time — Dizzy Gillespie, John Lewis, Shelly Manne, Gerry Mulligan, Dave Brubeck, Louis Armstrong, Art Farmer, Ernestine Anderson, Harry James, Max Roach, and Billie Holiday — appeared in the sylvan setting in Northern California to perform and astonish audiences. Every year since then, every third full weekend in September sees the same caliber of talent grace the now nine stages on the Monterey Fairgrounds, as the Monterey Jazz Festival presents the best jazz performers in the world for a three-day celebration of the best in jazz. The recordings over a half century document the most significant jazz musicians of the 20th century. The festival collection occupies more than 130 linear feet, including 1,400 sound recordings and 500 moving-image items. The project has attracted major funding from The Grammy Foundation, the Save America's Treasures program and the National Historical Publications a nd Records Commission, among others. More than $350,000 in grant funds have been awarded to digitize the fragile, aging and degrading media and to improve storage of the festival recordings. This joint partnership helps preserve a sound archives that is the priceless history of the unique American sound of jazz.

A Career in Documentary Editing

In honor of our 75th anniversary, we have been collecting stories from individuals and organizations whose work has been helped by the NHPRC. Here is one extraordinary example:

Over the past 25 years, NHPRC grants have made a significant difference in my professional life and, I trust, in the scholarly world as well. My first NHPRC grant was awarded in 1984 and it enabled me to publish an 85 reel microfilm edition of the letters of anti-slavery U.S. Senator from Massachusetts, Charles Sumner (Chadwyck-Healey, 1988). These reels provide a wealth of material for students of nineteenth century politics and letters, for Sumner saved almost every letter he received, and he corresponded widely with fellow statesmen, artists, and writers. The edition thus includes letters from Frederick Douglass, Henry Wadsworth Longfellow, Harriet Beecher Stowe, and John Greenleaf Whittier in the U.S. and John Bright, Elizabeth Campbell, Duchess of Argyll, Richard Cobden, and Charles Dickens in Great Britain. In 1990 The Selected Letters of Charles Sumner (2 volumes, Northeastern University Press) appeared. Outside academia, the Sumner publications led to my work with the Charles Sumner School Museum and Archives in Washington, D.C.

Subsequently, from 1991-1997, NHPRC grants supported a 2 reel microfilm edition of the Papers of Thaddeus Stevens (Scholarly Resources, 1994). Stevens was Sumner's counterpart in the House of Representatives legislating against the spread of slavery and, after the Civil War, for equal rights. Stevens's speeches, which had never been collected, were published along with his correspondence in The Selected Papers of Thaddeus Stevens (2 volumes, University of Pittsburgh Press, 1997, 1998).

A further NHPRC grant, 1997-2002, brought about the publication of the Selected Letters of Lucretia Coffin Mott (University of Illinois Press, 2002). Our project also benefited from an NHPRC fellowship, 1998-1999. Mott's anti-slavery activities obviously overlapped with those of Sumner and Stevens, but this edition also emphasized her efforts for women's rights. 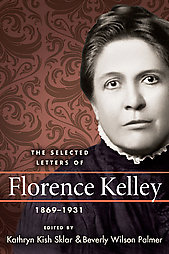 As a Quaker and an early feminist, in her letters Mott offers a different perspective from Sumner and Stevens on key nineteenth-century events. I have delivered talks on Mott at Swarthmore College, the Woman's Rights National Historical Park in Seneca Falls, and most recently at a conference at Wilmington College on Quaker women in the anti-slavery movement.

Finally, NHPRC funded from 2004 to 2006 an edition of the letters of progressive reformer Florence Kelley. Working with my co-editor Kathryn Kish Sklar, we have selected 275 letters by this energetic crusader for better working conditions for women and children. Our volume, Selected Letters of Florence Kelley, 1865-1931, was published by the University of Illinois Press in May 2009.

The city of Heflin, Alabama will receive $2,000 to preserve 90 years worth of city council minutes and the Public Library of Anniston and Calhoun County to convert to a digital format more than 1,000 images of post-World War II Anniston as part of the first State and National Archives Partnership (SNAP) grant between the NHPRC and the Alabama Historical Records Advisory Board, part of the Alabama Department of Archives and History.

One of 22 grants to communities across the state, the Heflin grant will help pay the costs to inventory and re-house city records and prepare historical city council minutes (from the 1890s-1980s) to be scanned for easier access by the public. Heflin Mayor Anna Berry said getting the council meeting minutes organized is going to be "huge, from an historical standpoint. Plus it's something that should have been done all along." The library is using the regrant to scan and catalogue images from the E. D. Banks collection. Mayor of Anniston from 1946-50, E.D. Banks used a city photographer to record everyday life and special events in the small southern town.

The new SNAP program allows communities to receive modest grants for projects ranging from the film and video archives of the Bryant Museum at the University of Alabama to the artifacts and records of German prisoners of war at Aliceville. The SNAP program awarded 14 supplemental grants in its first round in FY 2008.

ArchivesNext, a blog under the direction of Kate Theimer, has announced its winners for the best blogs. Two NHPRC records grantees were named.

See the announcement about the all the awards.

In anticipation of our 75th anniversary—along with the National Archives—the NHPRC designed a new logo celebrating the event. Grantees wishing to reproduce the logo as part of their awards package, please feel free to contact keith.donohue@nara.gov.

To save the image: