John Fitzgerald Kennedy was born on May 29, 1917, in Brookline, Massachusetts, a few miles outside of Boston. His parents were Joseph Kennedy, a successful businessman, and Rose Fitzgerald Kennedy. He was the second of nine children. While Jack grew up with every material advantage, he suffered from a series of medical ailments but learned to underplay the effects of his illnesses. 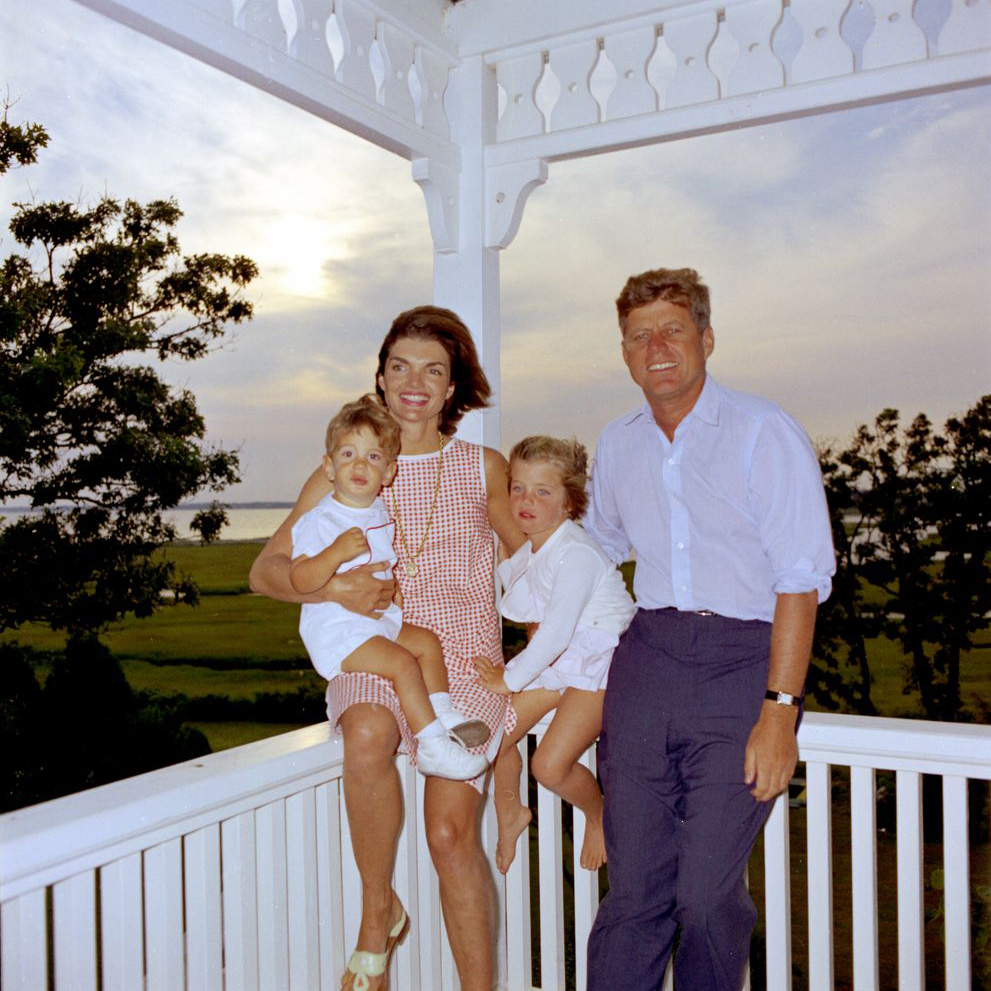 World War II changed Kennedy in many ways. He joined the Navy and served in the Pacific, where his PT boat was sunk by a Japanese destroyer. He never forgot his own war experience and the bravery of his Navy crew.

After the war, JFK decided to run for office. In 1946 he won election as congressman for Massachusetts and served for six years. He was elected to the U.S. Senate in 1952. In 1953 he married Jacqueline Bouvier, and their daughter, Caroline, was born in 1957, and their son, John Jr., was born in 1960.

At 43 years old, he became the youngest man elected President of the United States, defeating Richard Nixon in 1960.

One of his first actions after taking office was creating the Peace Corps, which today still sends volunteers on two-year missions to live and work with people around the globe.

The Cuban Missile Crisis in late 1962 threatened the world with possible nuclear war. The United States confronted the Soviet Union over the placement of nuclear weapons on Cuba, and in secret negotiations, Soviet Premier Nikita Khrushchev agreed to remove the missiles.

Kennedy challenged the U.S. to be the first country to send a man to the moon by the end of the 1960s. The United States reached President Kennedy’s goal on July 20, 1969, when the crew of Apollo 11 landed on the lunar surface.

At home, Kennedy urged an end to racial segregation and asked Congress for a civil rights bill. Before the bill could get through Congress, JFK was assassinated in Dallas, Texas, on November 22, 1963.

People remember John F. Kennedy as a President who was young and energetic. But he is also remembered as a leader who made a difference. His words and actions made people want to help others and serve their country.