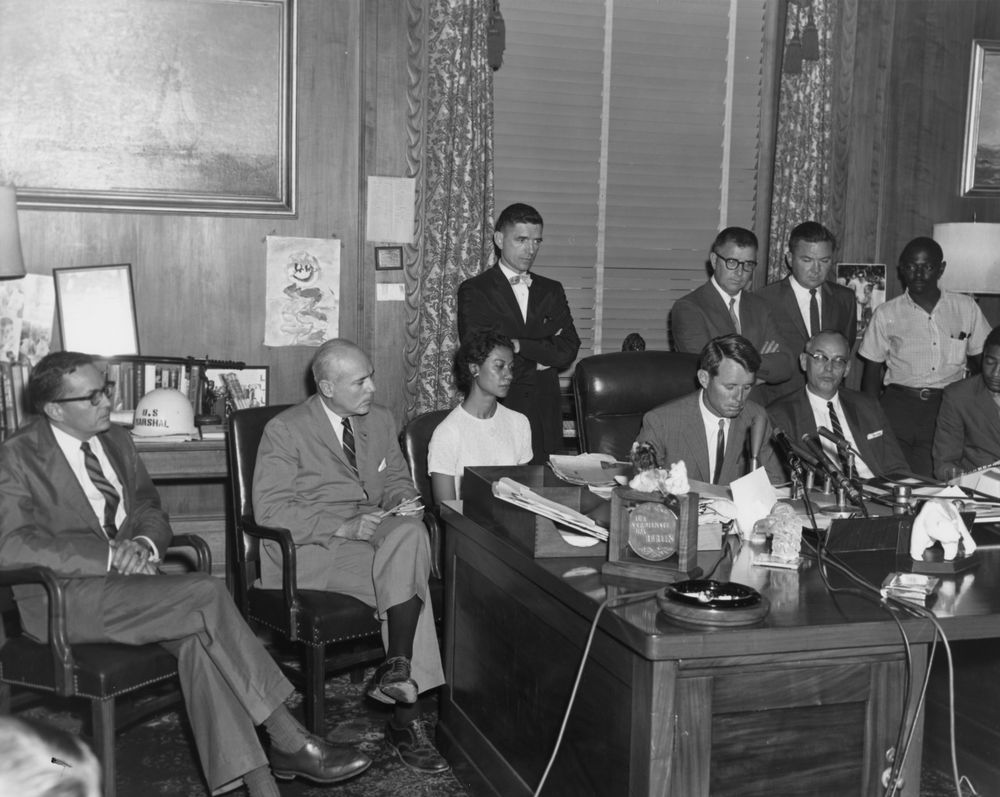 Gloria Richardson, Robert F. Kennedy and others at the Treaty of Cambridge Press Conference, July 23, 1963

Gloria Richardson was born in Baltimore, Maryland. She attended Howard University and was active in the Civil Rights Movement of the 1960s. Richardson participated in the Freedom Rides, the March on Washington for Jobs and Freedom, and in 1962, she organized and lead the Cambridge Movement in Maryland. This movement was a years-long series of sit-ins in movie theaters, bowling alleys, and restaurants to desegregate them, and promoted voter registration and equal job opportunities. The Movement was settled with the Treaty of Cambridge (signing seen at the right) in July 1963. The series of protests, coupled with African American residents openly arming themselves, made the Cambridge Movement an early episode in the Black Power movement.

Search the Catalog for records on Gloria Richardson