by Gerhard Weinberg
Copied with permission of the author from A World at Arms: A Global History of World War II © 1994 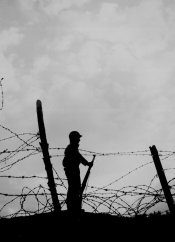 The volume of archives surviving from World War II is enormous. A general introduction to the subject is in James O'Neill and Robert Krauskopf (eds.), World War II: An Account of Its Documents (Washington: Howard Univ. Press, 1976). On the various categories of captured records, a fine place to start is Robert Wolfe (ed.), Captured German and Related Records (Athens, Ohio: Ohio Univ. Press, 1974). For the main depository of British records, see The Second World War: A Guide to Documents in the Public Record Office (London: HMSO, 1972).

On German records still in the United States, see Gerhard L. Weinberg, Guide to Captured German Documents (Montgomery, Ala.: 1952), and "Supplement to the Guide to Captured German Documents" (Washington: National Archives, 1959); those returned to Germany are covered by the inventories (Findb cher) of the German Federal Archives in Koblenz. The microfilms made before their return are described in Howard M. Ehrmann, A Catalogue of the Files and Microfilms of the German Foreign Ministry 1867-1920 (Washington: American Historical Association, 1959); George O. Kent, A Catalog of the Files and Microfilms of the German Foreign Ministry 1920-1945, 4 vols. (Stanford, Calif.: Hoover Institution Press, 1962-72); and the series "Guides to German Records Microfilmed at Alexandria, Va." issued by the U.S. National Archives since 1958. For a helpful introduction to the fate of Italian archives in the war, see Howard M. Smyth, Secrets of the Fascist Era (Carbondale, Ill.: Southern Illinois Univ. Press, 1975); there is also a 3-volume series of "Guides" to captured Italian records microfilmed in the United States which has been issued by the National Archives.

The major collection of Japanese World War II records accessible to those who do not read Japanese is in the National Archives in Washington. There are several series of intercepted Japanese diplomatic, military attache‚ naval attache‚ army and navy, as well as related German messages - with some of them running to tens and even hundreds of thousands, which are included in the Record Group 457 of the National Security Agency, the inheritor of the American wartime decoding records. These materials are of immense importance because they reflect not only affairs internal to the Japanese diplomatic and military services but because they report on the countries where Japanese diplomats were stationed. Furthermore, for the Japanese as for the German records, the destruction of war has in many cases left the translated intercepts the only surviving copies of documents of which no German or Japanese originals exist.

Other major collections in the U.S. National Archives which have been canvassed for this book are the records of the War Department's G-2 (Intelligence) Section and the vast assemblage of materials gathered for the post-war trials of war criminals. In the difficult choice of which of the many huge archival collections to work through personally, I decided to emphasize the Franklin D. Roosevelt Presidential Library at Hyde Park. There is a vast amount of material on all aspects of the war which, if studied patiently, reveals a good deal about the way in which the President ran the American war effort. There are good finding aids at the library which also contains the papers of Henry Morgenthau and numerous other high officials of the Roosevelt administration. Items from Hyde Park are cited as from the Roosevelt files unless otherwise noted, and they are referred to by the filing system in use at the library.

The major depository in England is the Public Record Office (PRO) at Kew. There the prospective reader will find the major collections of the papers of the Cabinet, Prime Minister, Foreign Office, the three service departments, some important personal papers, and a great deal more, all covered by "class lists" from which one selects the files needed and then calls them up via an unusually polite computer. The bulk of British wartime records has been opened, but there are annoying exceptions, a subject commented on at the end of this essay. Those documents cited in this book are referred to by the designation used at the PRO, including the class and file number - which locates the file in which the original is to be found - and in the case of Foreign Office documents the archive designation originally applied to the item in the Foreign Office.

The other archives which have been consulted for this book are the Liddell Hart Centre for Military Archives at King's College of the University of London and the Imperial War Museum Library. The former is an institution which has been collecting the papers fo individuals who played a significant role in World War II; the most important papers are those of Lord Alanbrooke, the Chief of the Imperial General Staff for most of the war, and of General Lord Ismay, Churchill's key military assistant during the war and his most important aide in writing the 6-volume memoir-history afterwards. Both of these collections are very well organized and serviced by a helpful staff; they are cited here by the designations used at the Centre. The library of the Imperial War Museum also holds substantial collections of private papers of which several have been utilized and are cited here. Churchill College of Cambridge University has an even larger archive of papers of World War II figures.

If American and British records are at least to some extent centralized in a national depository, German records held in Germany were originally divided between the two states and are only now being reunited in a process likely to be lengthy and complicated. Furthermore, the German Federal Republic, as a part of its original perception of itself as a temporary entity with a temporary captial, decided deliberately not to create a new national archive in Bonn but instead divided its records and placed the main depository in Koblenz. There, after decades of using rented quarters, the Federal Archive had built for it a large permanent structure - a few years before the division of Germany was ended. The Bundesarchiv as it is called issues guides to its holdings, is on the whole extremely well organized, and an unheard of innovation in Europe, is even open in the evening. Records cited from there, primarily from the Reichs Chancellery, the Ministry of Finance, and collections of directives and reports to news agencies, are referred to by the reference system in use at the archive.

The Federal Archive in Koblenz did not, however, obtain immediate custody of all the returned records. The records of the German Foreign Ministry were allotted to an internally controlled archive of the Ministry itself. These records, therefore, are located in Bonn, and they have unfortunately not always been handled with regard for Germany's treaty commitment to make them fully available to scholars. This revival of the "scrap of paper" attitude toward international agreements has in recent years been replaced by a far more cooperative one. Documents from the Germany Foreign Ministry archive are cited here under the rubric AA, followed by the name of the collection as commonly abbreviated, the title of the folder series, and the volume number (if there is one), followed by the frame number if the document was microfilmed at one time and such a frame number was stamped on it. It should be noted that the Bonn archive also holds the records of former German missions abroad, and these where cited, are listed with the names of the embassy or legation; the same procedure has been followed with the collections of private papers held.

The German military records are in the custody of what is now a branch of the Federal Archives located in Freiburg (but alas perhaps to be moved to Potsdam). This is an extremely well organized and serviced archive with a most important collection of German naval records, a major collection of army records, and fragments of air force records - a descending order which reflects the extent to which the papers of the three services survive. There are finding aids available in Freiburg and a helpful staff. The archive in Freiburg has made a systematic effort to collect the papers of German military figures, and many of these will be found referred to in the notes. All references to the Freiburg collections are prefaced by BA/MA, for its German names Bundesarchiv-Militararchiv, followed by the collection and folder numbers, with folio numbers where there is pagination. If it seems strange at times to see references to naval records for information apparently having little to do with the German navy, the peculiarities of the survival of archives mentioned above must be kept in mind.

The Institute for Contemporary History (Institut fur Zeitgeschichte) in Munich and the Research Center for the History of National Socialism in Hamburg (Forschungsstelle fur die Geschichte des Nationalsozialismus in Hamburg) both combine important library holdings with collections of papers. In Munich there are not only deposited papers but also extensive depositions and post-war correspondence about the war period. These are all referred to by citation systems utilized at the two institutions. Scholars will find the reference staff most helpful. In Munich as in Bonn, Koblenz, and Freiburg, the archivists will assist researchers who need permission to use those personal papers deposited under restrictions; they cannot, of course, guarantee permission, which is, however, usually granted.