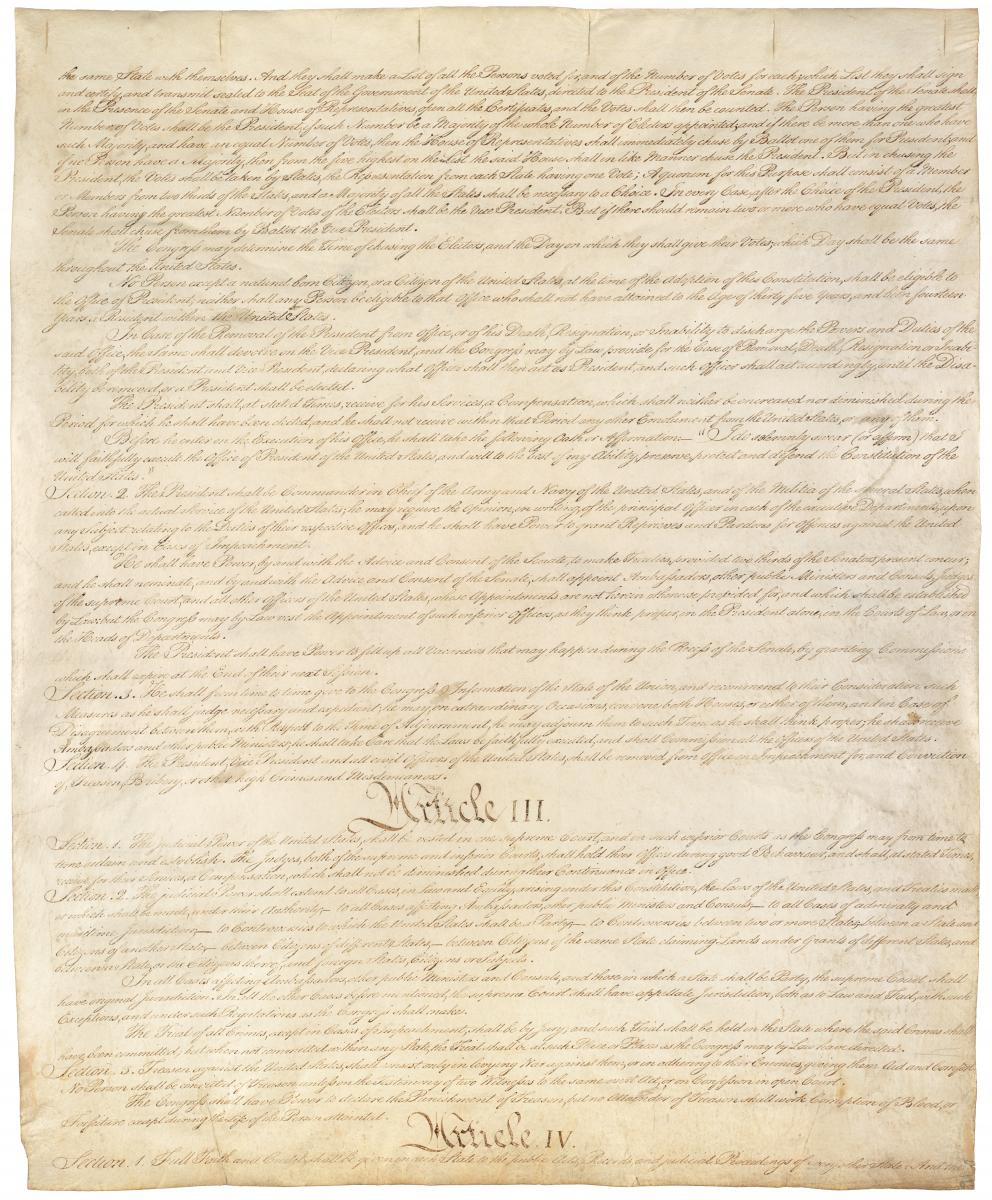 Article III of the U.S. Constitution

Article III, Section 1, of the Constitution established and empowered the judicial branch of the Federal Government, including the Supreme Court of the United States. The Supreme Court's jurisdiction over lower courts was established by authority of the Judiciary Act of September 24, 1789 (1 Stat. 73).

The National Archives in Washington, DC (Archives 1), houses U.S. Supreme Court appellate jurisdiction case files beginning in 1792. We receive new case files annually, usually from the term two years immediately prior to the present. For example, in 2019, we received case files from the 2017 Term.

Appellate case files are found in Entry A1 21 of Record Group 267, Records of the Supreme Court of the United States (National Archives Identifier 301668).

Judgment for Brown v. Board of Education

Appellate case files in Entry A1 21 can include the following documents, although not every file contains every document:

However, to request the file in person or remotely, researchers must know the case file number assigned to the case when it was docketed.

Appellate case files in Entry A1 21 are numbered and arranged differently depending on the time period.

Note: All appellate case files for the years 1792–1831 are reproduced as Microfilm Publication M214, Appellate Case Files of the United States Supreme Court, 1792–1831. M214 is digitized in the National Archives Catalog.

From the 1934 October Term through the 1970 October Term, U.S. Supreme Court appellate case files are arranged by docket number and the October Term.

For example, the case file number for Brown v. Board of Education is 1 October Term 1954, meaning that the case was the first one docketed in the Court's 1954 Term.

From 1970 to the present, U.S. Supreme Court appellate case files are arranged by the October Term and then by a case file number assigned numerically depending on the type of case.

For each term, in forma pauperis (IFP) cases are numbered in a continuous sequence beginning with 5,001. For example, the first IFP case filed in the 1995 Term would be 95-5001.

All remaining (i.e., non-IFP) cases are numbered in a continuous sequence beginning with 1. For example, the first non-IFP case filed in the 1995 Term would be 95-1.

To identify the case file number, consult the following microfilm and digitized resources:

After 2006, check the United States Reports or the Supreme Court's website. 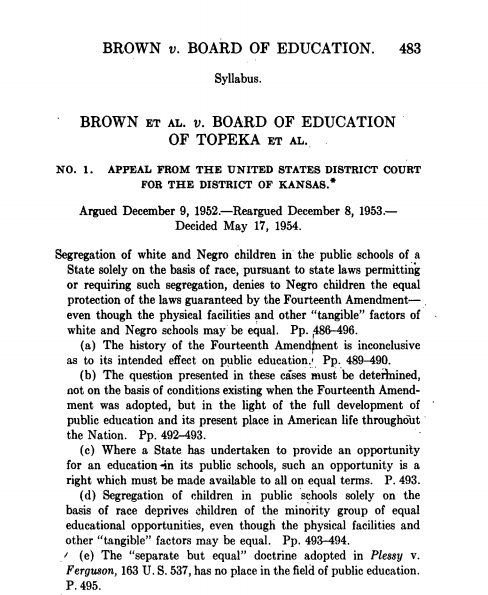 The United States Reports are the official reports of decisions made by the U.S. Supreme Court. Beginning roughly in the late 1950s, they can also include the case file number needed to access records in Entry A1 21.

The U.S. Reports have been digitized and made available online:

More recent Court decisions are published on the Supreme Court's website as slip opinions until they are published in the United States Reports.

The following microfilm publications include early and landmark cases, as well as dockets and indexes that can be used to identify case file numbers for Entry A1-21. Lists of attorneys admitted to practice before the Supreme Court ("attorney rolls") are also available.

Each microfilm publication is available at Archives 1. Some publications have been digitized and made available online through the National Archives Catalog.

Most appellate case files have not been digitized. However, case files from 1792 through 1831 have been reproduced as Microfilm Publication M214.

M214 is digitized in the National Archives Catalog.